In the foothills of the Sierras, just above Georgetown California, a short loop off Wentworth Springs Road, a little slice of Heaven on Earth exists known as Uncle Tom’s Cabin. Purportedly named for the original builder and owner, Tom Markham, the original cabin was built around 1864.  By 1870, Tom had moved on and the cabin was used as a hunting and trapping supply base camp by John Brock and John Saucerman. Later still, the cabin was taken over by William Vaughan and Benjamin W. “Dick” Hartless as a beer bar and store and then expanded to a full service inn.

On July 17, 1885, the Georgetown Gazette reported: “Uncle Tom’s Cabin, 27 miles east of Georgetown, is fast becoming a popular place with the traveling public. Leaving Georgetown in the morning, the traveler reaches Uncle Tom’s in the evening where splendid accommodations are to be had.” Uncle Tom’s had become a stopping point for those traveling east through Wentworth Springs, Rubicon Springs and then to Tahoe. Much as it is today.

In April of 1887, Basilo Scolari claimed and patented the site of Uncle Tom’s, Scolari then transferred his interest to the Swiss Timber and Land Company. The Company built a substantial building there in the 1880’s. Scolari had stayed on to operate Uncle Tom’s as a resort. Shortly after the Swiss Company sold out to another timber company, the building burned to the ground. The new cabin was rebuilt on the road at Tom’s, as the original building had been closer to the meadow below. No exact date is listed as to when the fire and rebuild occurred, but is generally accepted that it happened near the turn of the century.

It appears Charles Schultz took over Uncle Tom’s around this time and continued to run it as a summer resort, he also ran a hotel in Coloma, where he spent the winters. In 1921, Shultz passed away from a heart attack while on his way back to Coloma for the winter.  New owners, Archie and Irma Lawyer of Lotus purchased Uncle Tom’s Cabin from the estate.

Each year, for 53 years, Irma would leave her home in Lotus in the spring to reopen Uncle Tom’s. Archie and Irma spent the rest of their lives running Uncle Tom’s.  In the 1920’s fire again destroyed the property, the current building is the one rebuilt after that fire. Irma passed away at the age of 85, in 1975. Uncle Tom’s is now owned by Doug Purriet, Irma’s step grandson.

On the day January morning we visited Uncle Tom’s, (not for the first time and definitely not the last) the crowd ebbed and flowed, from zero to 25 and back again multiple times in a few hours. Everyone stops, looks around, buys a beer and heads back out on their adventure.  There are 13 cabins on the property, twelve rented by the year and the old caretaker’s cabin available for rent by the night. Beer, coffee and soft drinks are available for purchase.  The fire is stoked, the outhouse is open.  If you’re looking for a luxury resort, keep driving. If you’re looking for authentic, this is the place. 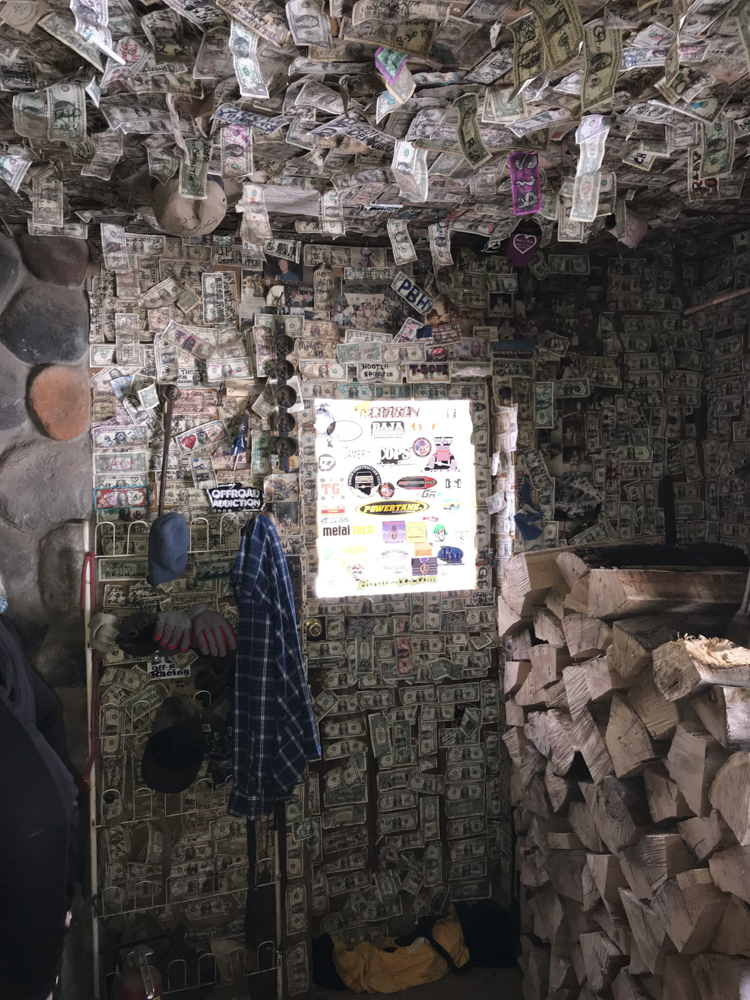 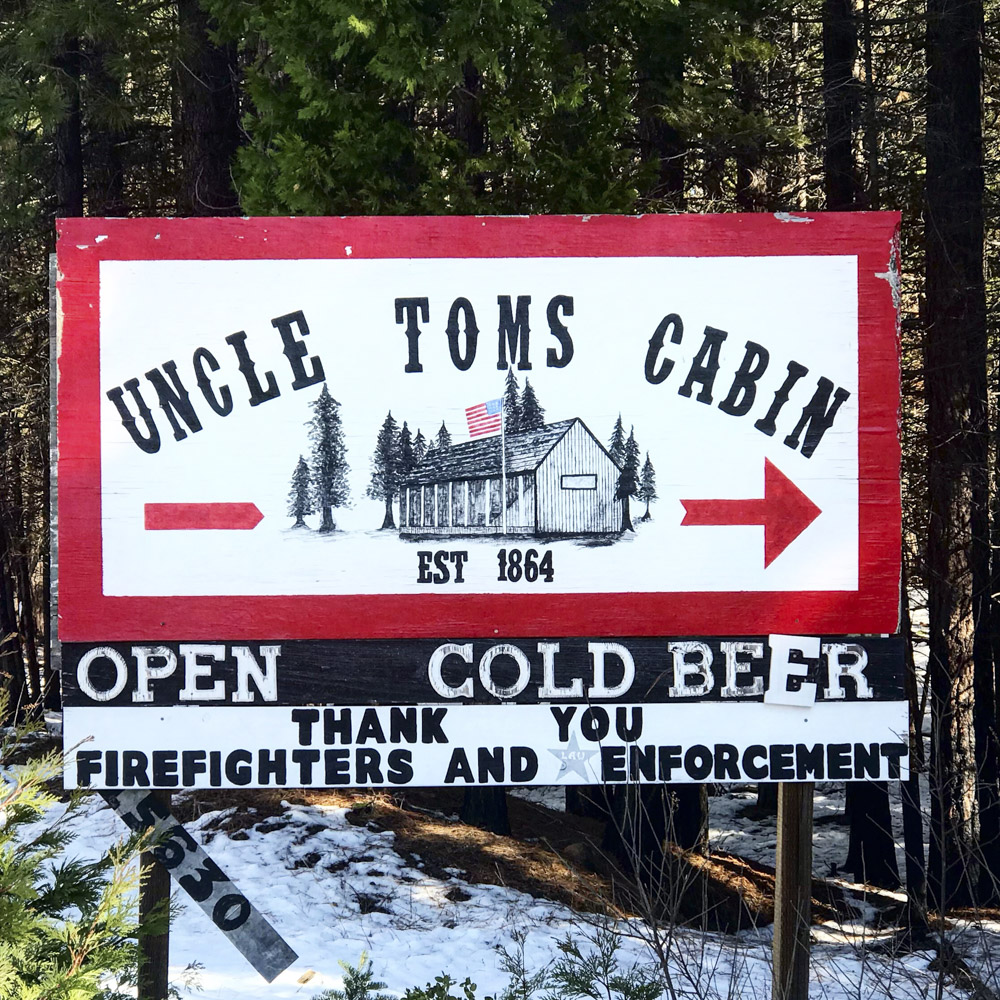 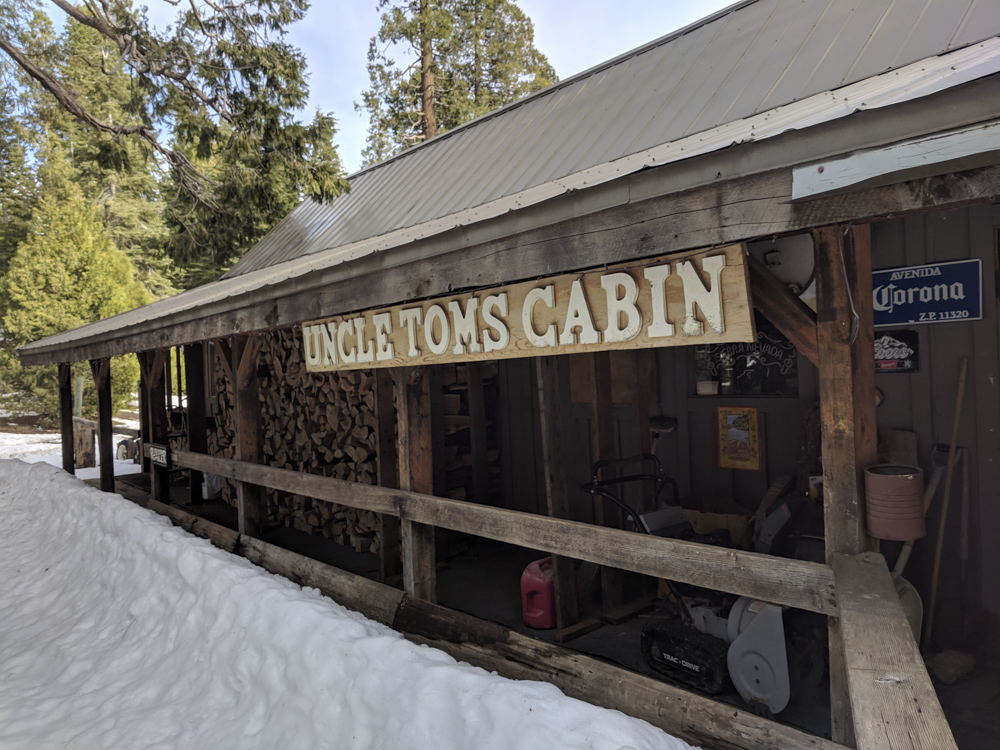 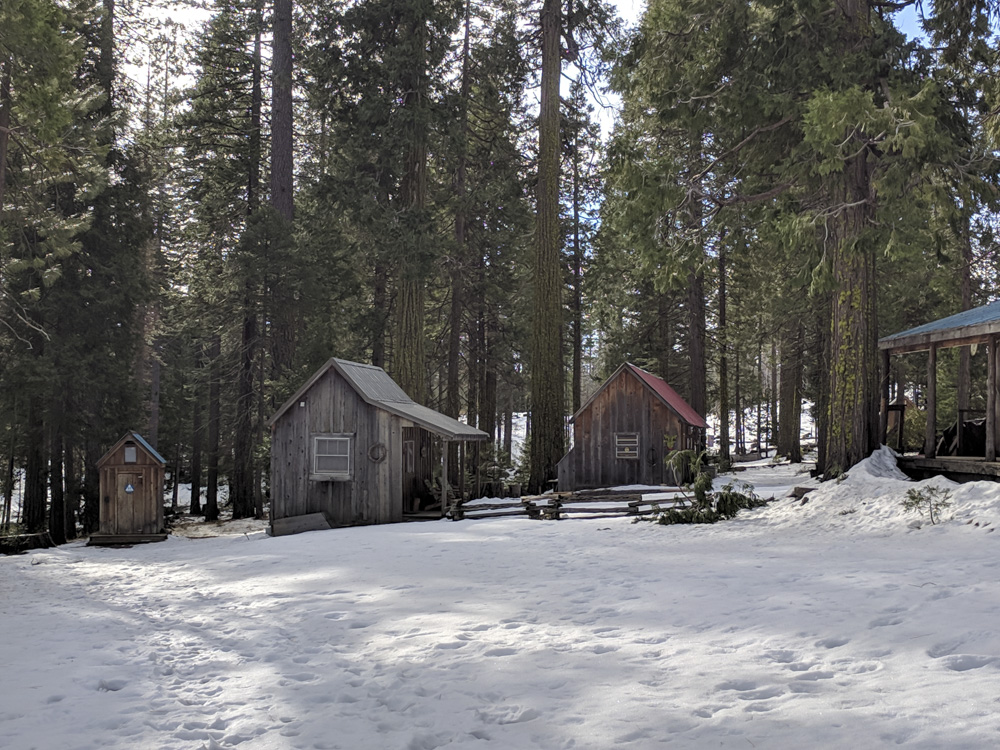 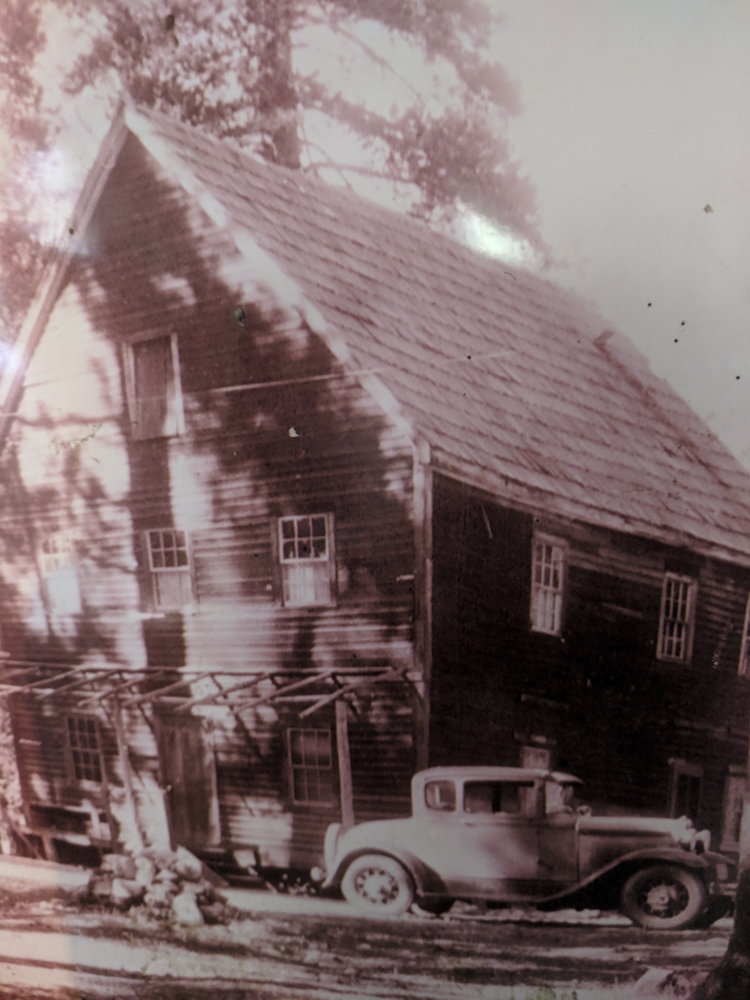 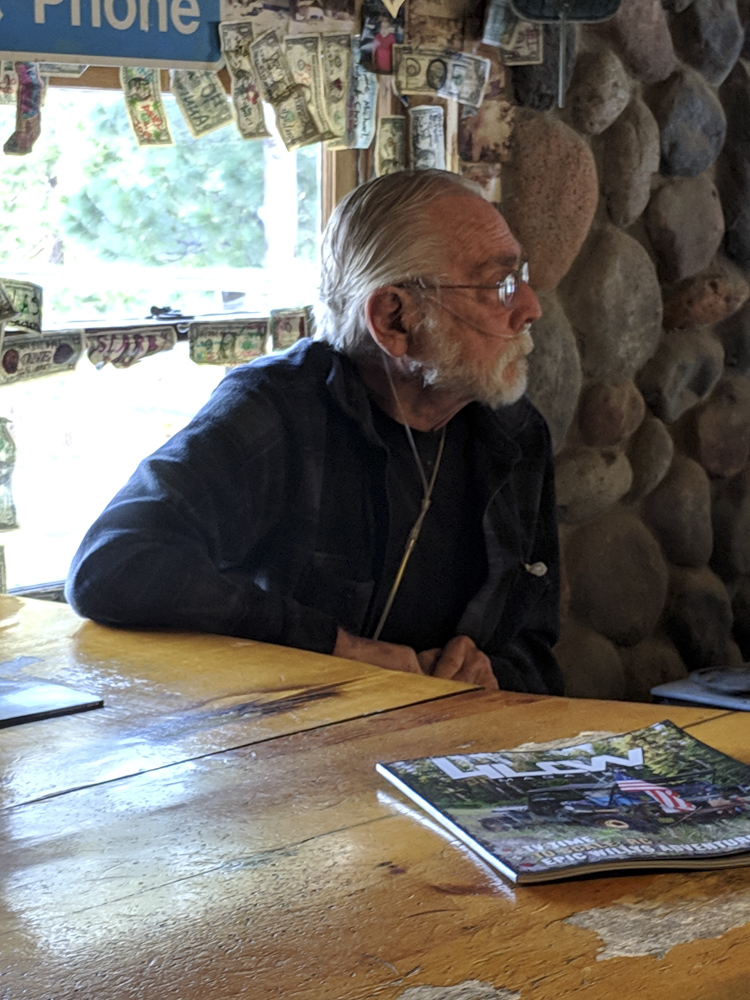