In fourteen hundred ninety-two, Columbus sailed the Ocean Blue. Now, the study of pre-Columbian forest conditions is a hot topic in the new scheme of forest management, taking clues from how the forest looked when Senor Columbus landed on North American shores in 1492. In the current political climate, it’s a perfect time to take a serious look at what works; and get these new methods and policies put into practice as soon as possible.

We know when the west was won, the settlors used nearly all the forest resources to build our cities, their infrastructure, and our homes. It didn’t take long for the forests to recover. In the 1960s, during the ramp up to the environmental movement, the pendulum swung just a little too far to the left. Sixty years later, we have created forests that are so overgrown, that fires quickly get out of control and devastate rural homes and towns in their path. Evidence the Paradise fire.

We also know that the Native Americans living when Columbus arrived managed the forests in their own way. Pre-Columbian forests generally had 120-160 trees per acre. The current stock on public lands is 1600+ trees per acre. So, with that context, it appears the forests have way too much stock. They have become unhealthy, blighted, and beetled, not to mention susceptible to mega-fires. Once they start, there is no stopping them.

In 1998, legislation was passed called the Herger-Feinstein Quincy Library Group Forest Recovery Act. The Project was designed to test and demonstrate the effectiveness of fuels and vegetation management activities to meet ecologic, economic, and fuel reduction objectives. The project finally got off the ground in 2007 and concluded in 2012. The final review, “A Summary of Fuel Treatment Effectiveness” is easily located online. Understanding the data from this project will help you with communicating to your Public Leaders the need for such practices across the United States. Just about everyone has a forest in their state that needs to be thinned and treated.

What you can do:

Talk to your community leaders, local Forest Supervisor, County Supervisors, Congressmen, and Senators. Call them, see them in person or write them letters encouraging them to manage our forests in the following ways:

Many federal forest managers and private forest managers have read all the same studies and know that now is the time to do the right thing and correct the last 60 years of extremism. It’s up to us to educate our leaders and ask them to take action now. The next Mega-Fire is only a few months away. 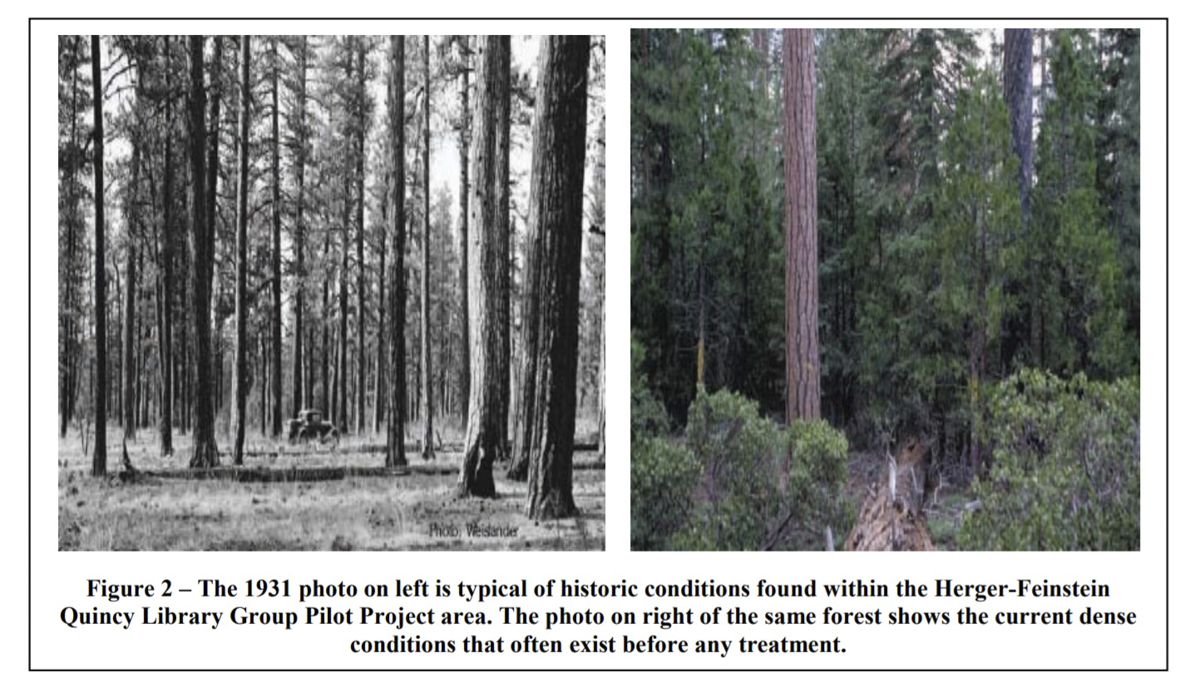