As I write this, we are entering Day 28 of the Federal Shutdown, what began as a political play that gave non-essential government employees a holiday at Christmas time has become an unmanageable hell for many.
Essential personnel have stayed on the job, law enforcement, border security, TSA. What they’re missing is their backup (and paycheck, but that’s another story). They’re missing the people who take care of the details, the paperwork, the permits. The other bodies on public lands that provide a presence.
Because, like it or not, a presence is needed. This is no more evident than in our National Parks. Reports from the news show that someone in Joshua Tree National Park choose to remove some barriers and cut down some Joshua Trees. The parks stayed open, the pit toilets are full, the garbage is piling up, no permits for guides can be issued. It’s like the wild west, no one is there to control order. You don’t know what you’ve got until it’s gone.
Arches and Canyonlands closed January 1 after funding provided by Utah State Tourism money ran out, followed by a snowfall that made the roads treacherous, the gates were closed. Mid-month, the Utah Department of Transportation reached out to provide snowplowing services to get the parks open again. But opening the gates and staffing the parks are two different things. Local “Friends of” organizations all over the U.S. have been providing staffing in visitor centers.
My frustration with National Parks is that they are revenue generators, the amount of fees not collected at the gate during the last 28 days is ridiculous, and will be unrecoverable, putting the NPS in a tenuous situation all year. We saw evidence of this at Volcano National Park in December, the park was filled with visitors, both foreign and domestic, and not a single fee collected.
In Arizona where so much land is managed by BLM a party held on January 12 resulted in a massive mess at Sycamore. A social media post by a local motorcycle rider got the area cleaned up quickly, but the evidence is strong that without people out on the trails, including federal personnel, there is little protection for our public lands.
The Federal Shutdown is affected all in various ways, be part of the solution by being out on the trail. Let’s keep honest people honest and keep eyes on those meant to do harm. 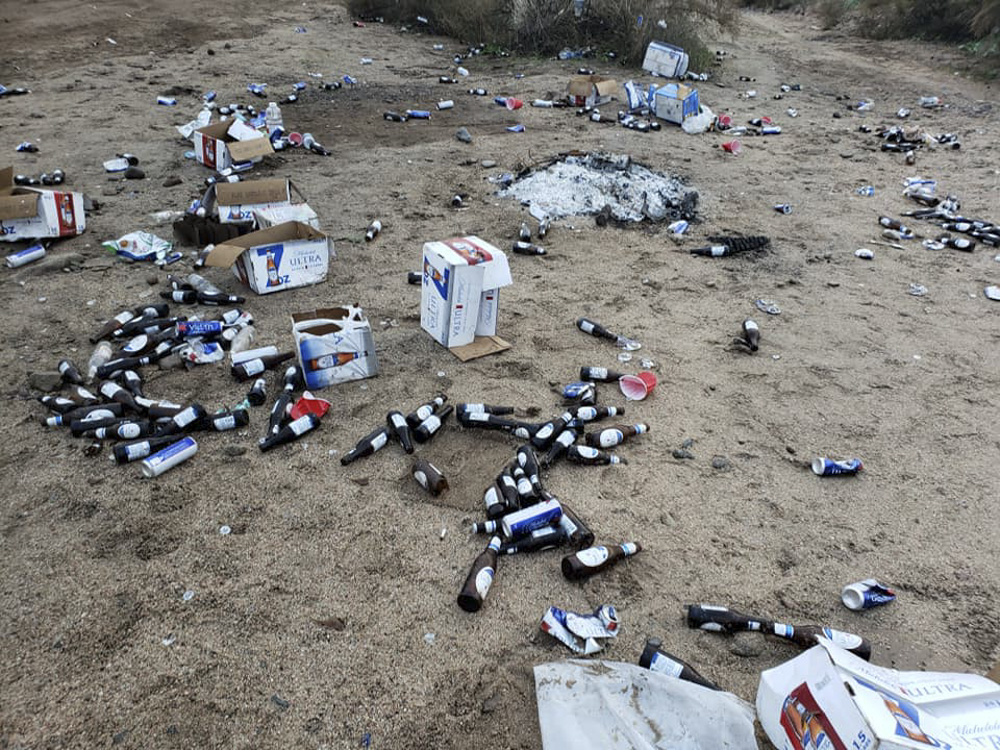