Photos and story by Cody Sears

After listening to the eight-foot-tall scrub brush paint pinstripes down our body panels for two hours, we were convinced we were headed in the wrong direction and decided to turn around.  Miles later, as dusk approached, the clouds closed in and the rains began, just as we reached the drop into Hell Canyon.  As night fell, and the rains continued, we came across an abandoned cabin.  We discussed camping for the night there, or maybe just to push on; but after looking at the cabin and the creepy vibes emanating, it was an easy choice to keep going.

Leaving the eerie cabin behind us, we began our descent to the Dolores River.  The darkness of the night proved to be our friend, as we were lucky to not see what was coming.  The rain turned the trail into a downhill mud slick.  The widest of switchbacks was like turning around inside a two-car garage while dropping fifteen foot in elevation.  After the seamlessly never-ending descent, the trail opened up with the river in sight.  With our spirits high, and our tanks on “E,” a hard left and a short jaunt brought us into Gateway, CO, and luckily the only gas station in town had “pay at the pump.”

Now headed to our pre-planned camp location, but hours behind, we found ourselves immersed in an unscheduled blizzard.  Pushing forward with a unanimous decision, we set our sights on Moab through John Brown Canyon with the confidence that we would make it past the storm.  And that was just part of the first day of the first ever Bikini Adventure.  Six years later, our vision would become a reality.

It all started back in 2011, late one night while working in the garage.  This little idea would someday turn into possibly the best idea I ever had.  A quick phone call to my like-minded friend, Darrell, would take up the next two hours resulting in some ground rules for ourselves and anyone else who might want to join us.  Buy a vintage 4×4, don’t overbuild it, and slap on a bikini top.  Then, once or twice a year, take off-road road trips in search of places we’ve never seen, hit bucket list trails, and learn more of the history of our great country.  With our creed of “Keep it old, and keep it sketchy,” pumping through our veins, the idea of the Bikini Adventures was born.

The average trip would consist of a few days and several hundred miles.  On our first bikini adventure, we learned a lot.  Like how well having a couple buddies hang on the side of your jeep could act as a human sway bar, how far we could travel in a day off-road, and how satellite imaging would show us how crazy our goals were.  We found that some streams make great showers, some trails are out of our league, and no matter what we’re expecting, the scenery is always more than we imagined.  Ghost towns are incredible, petroglyphs never cease to amaze, Hey Joe Canyon is deep, and Elephant Hill is really steep for a CJ 5.

Planning the next adventure begins around the campfire throwing out locations and dates.  Once we’ve chosen an area, a fair amount of research and mapping are done to plot the course.  Every Bikini Adventure map includes a section that we intentionally know nothing about.  We call it the question mark, and it’s like a gift from the adventure gods.  What a great feeling not knowing how to get from where you are to where you need to be.  Another fun factor is that no matter how much research is done prior to a route, we get lost, we back track, yet, we adventure on.

As for the rigs themselves, these cheap ol’ 4×4’s turn into full blown builds, never ending and always awaiting the next batch of repairs and modifications.  The majority of us have backgrounds in rock crawling and off road racing, and we have been building trucks for decades.  It’s quite a fun process when we are designing bumpers, tire carriers, sliders, luggage racks, and whatever else we think we need to try to fabricate these parts to fit the era.  We use our modern skills and modern materials to make our new parts look vintage.

Our trips are planned with the least amount of pavement as possible, and we usually have some sort of idea about where to camp.  “An hour before dark, that’s where we’ll camp.”  A huge factor of a Bikini Adventure rig is selecting the right camping gear and figuring out how to pack it all in.  It’s like expert level Tetris, and every trip we add, delete, upgrade, and downgrade, in search of the perfect set-up for the trail.

Spare parts and tools are standard equipment.  From welding set-ups, to Zip ties and bailing wire, trail repairs are actually part of the fun.  It’s great to see how different minds work when we have problems and need to come up with a plan to fix old, rotten parts.  I learn some crazy new idea almost every day during Bikini Adventure.  Countless hours of preparation and double checking everything we can think of still isn’t enough to delete the thought of breaking down.  We call it the sketchy factor, and it adds a feel to the trips, that if you’ve never experienced it, I cannot describe it to you.  Sometimes you get asked, “Where did these bolts come from off your rig?”  and since you’re not sure, a little adrenaline kicks in, followed by a bit of panic, but we continue.

When someone asks about joining us on the next adventure, I warn them about the laughter, the rib-cracking laughter that happens every time.  After years of running the hardest trails in the country in ultra-capable rigs and being blessed to compete in Dirt Riot and Ultra4 races, the sight of one of your buddies stuck on a rock the size of a soccer ball will put you on the ground in tears.  The things you never noticed in built rigs are now obstacles in an old jeep.  Every hill is now a hill climb.  Every descent makes you wish you bought bigger brakes.

But then there’s something else completely amazing going on, the capability of these little old work horses.  Trails like Kane Creek, Metal Masher, Calamity, and Upper Crunch are achievable.  We are continuously surprised with what we are accomplishing with such little equipment.  Yea, we typically skip the hard lines, but we are there, on those trails that most wouldn’t take small, old iron on if you dared them.  The power of the wiggle is strong within the Bikini Adventure family.

We definitely get our money’s worth in many ways.  Compared to more capable 4×4’s that can cover ground pretty quickly, trails take longer for us.  You get to soak in the scenery in every aspect when going slow, and you have to work harder in every section.  Historic markers, short hikes, overlooks, and hunting for treasures are standard fare on every adventure.  These trips are one hundred percent a family affair.  Guys and gals, kids, pets and friends are what really make Bikini Adventure what it is.  The memories we make on these trips get brought up in conversation constantly, making us antsy for the next one.  When nearing the end of a trip, we tend to start dragging our feet.  Even with the excitement of accomplishing our goal of completing a long journey, we just don’t want it to end.  One more trail. One more mountain top. One more campfire.

After five adventures in the books, we look forward to many, many more.  At the same time, I’m ready to go back and re-trace what we’ve already done.  It humbles me when I know that my friends are pushing hard in the garage trying to get ready for the next trip, while their six figure plus rigs just sit collecting dust.  Maybe we’ve found something special.  Just maybe, all of us are Bikini Adventurers at heart. 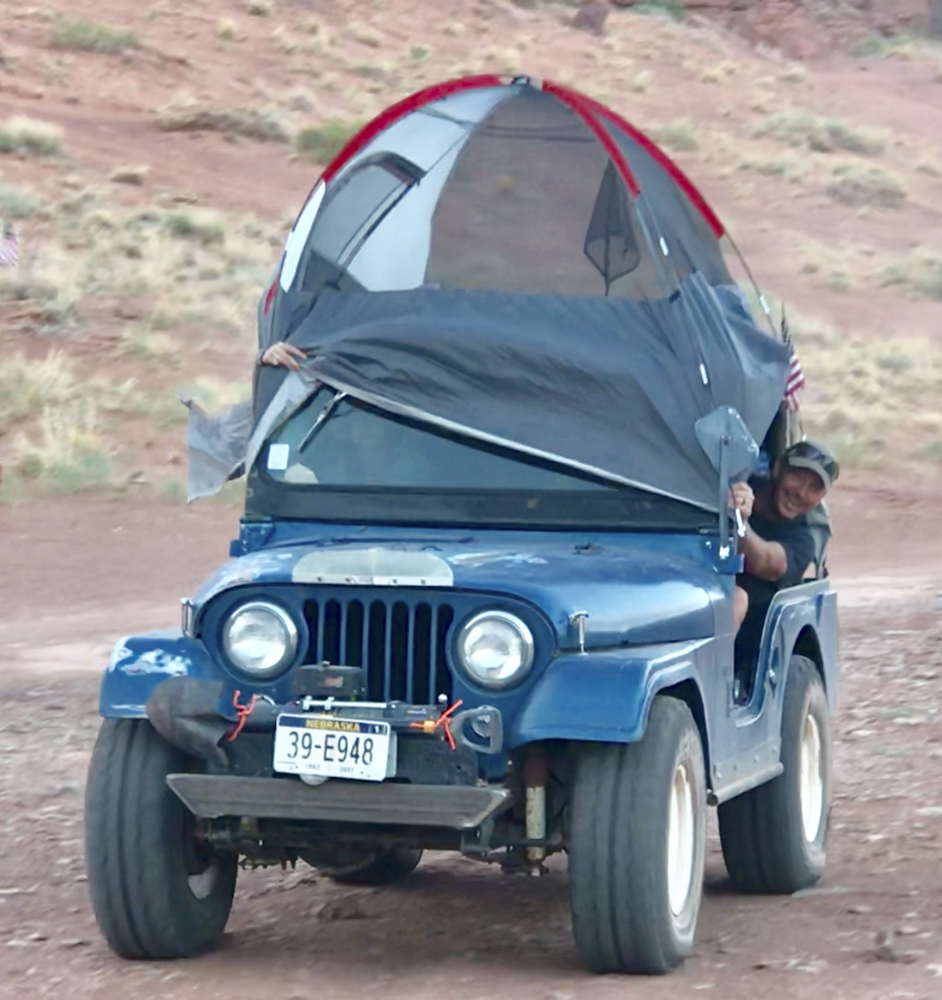 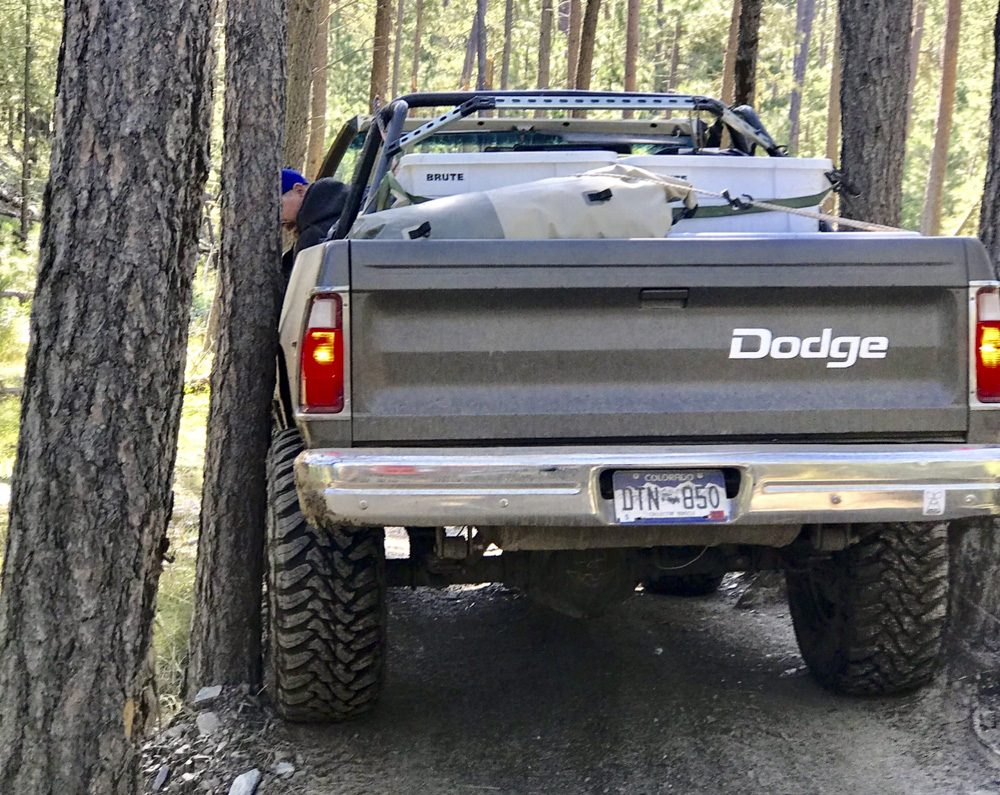 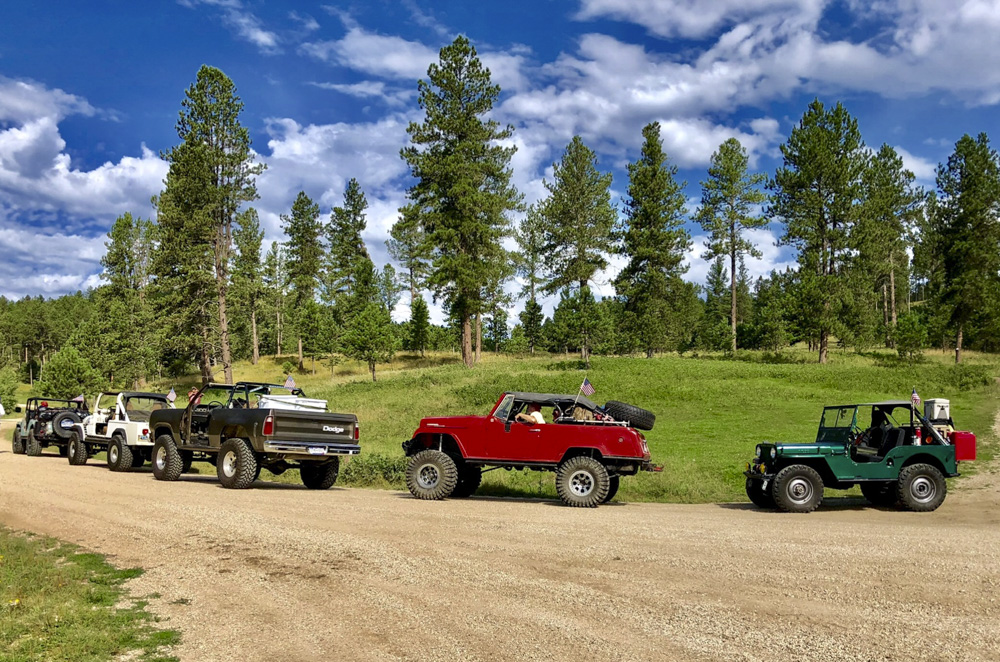 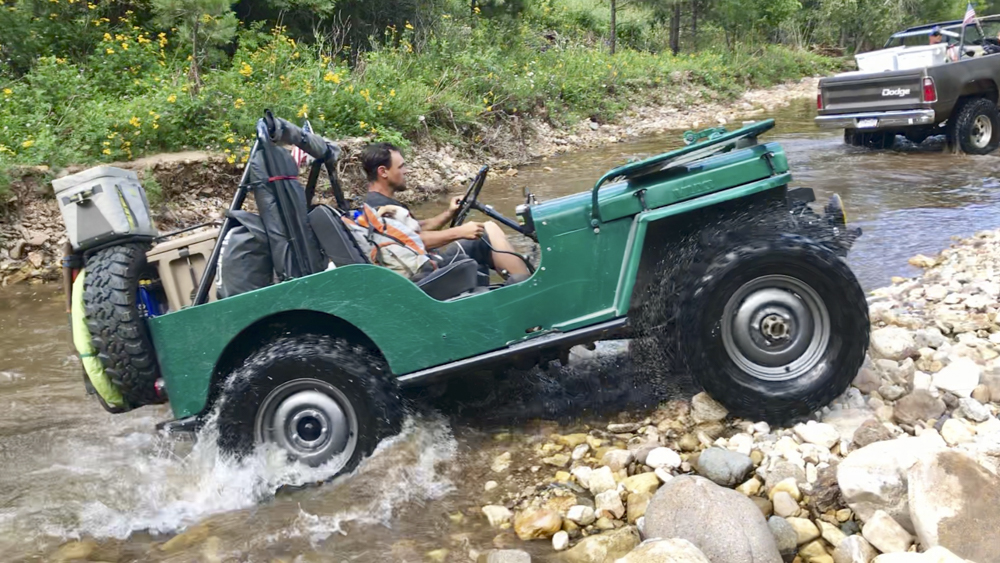 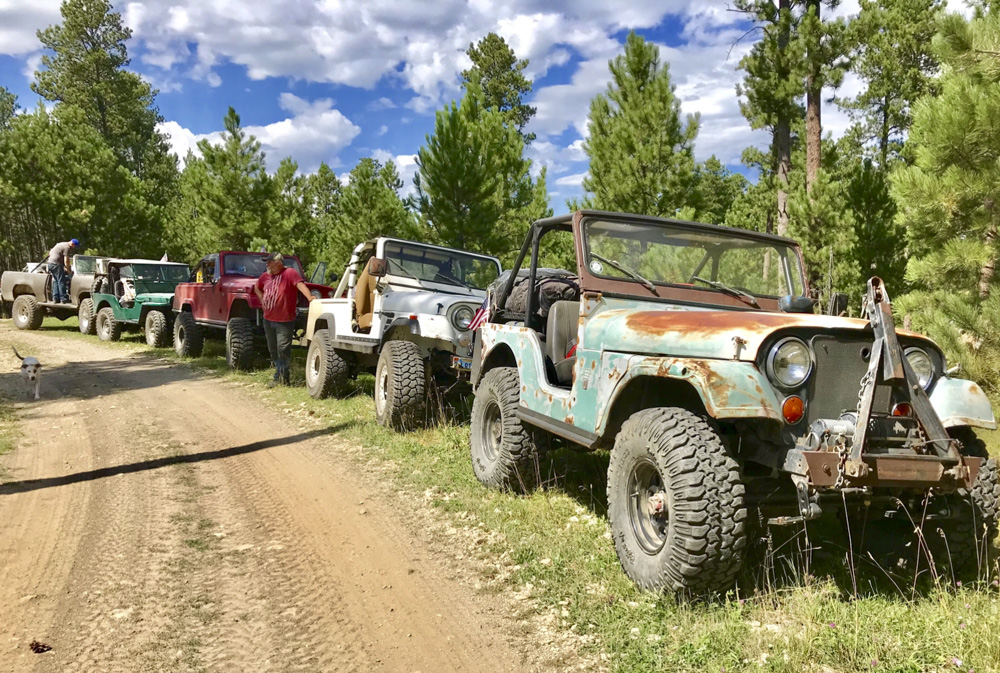 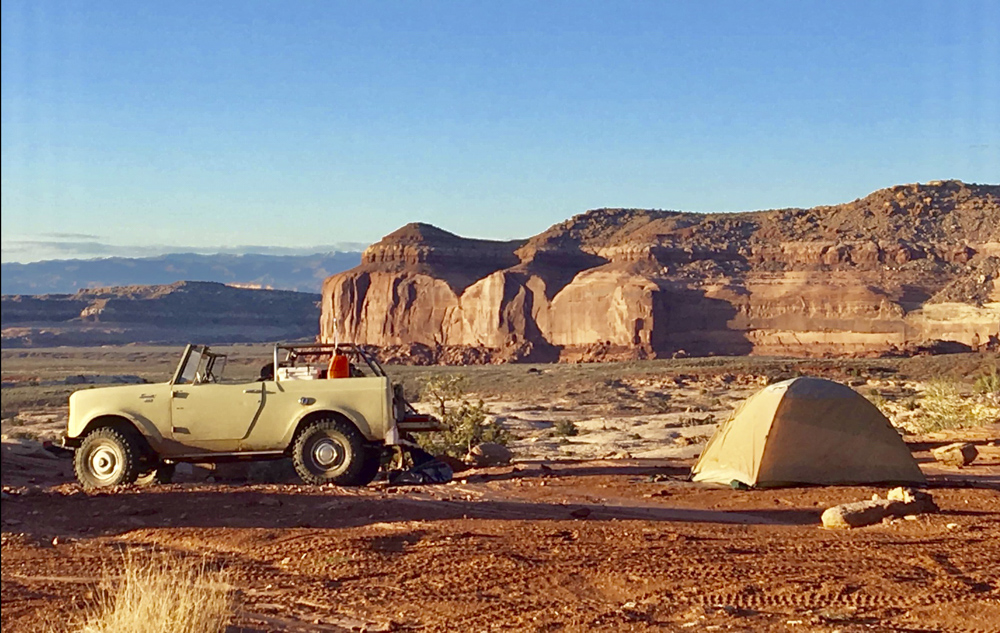 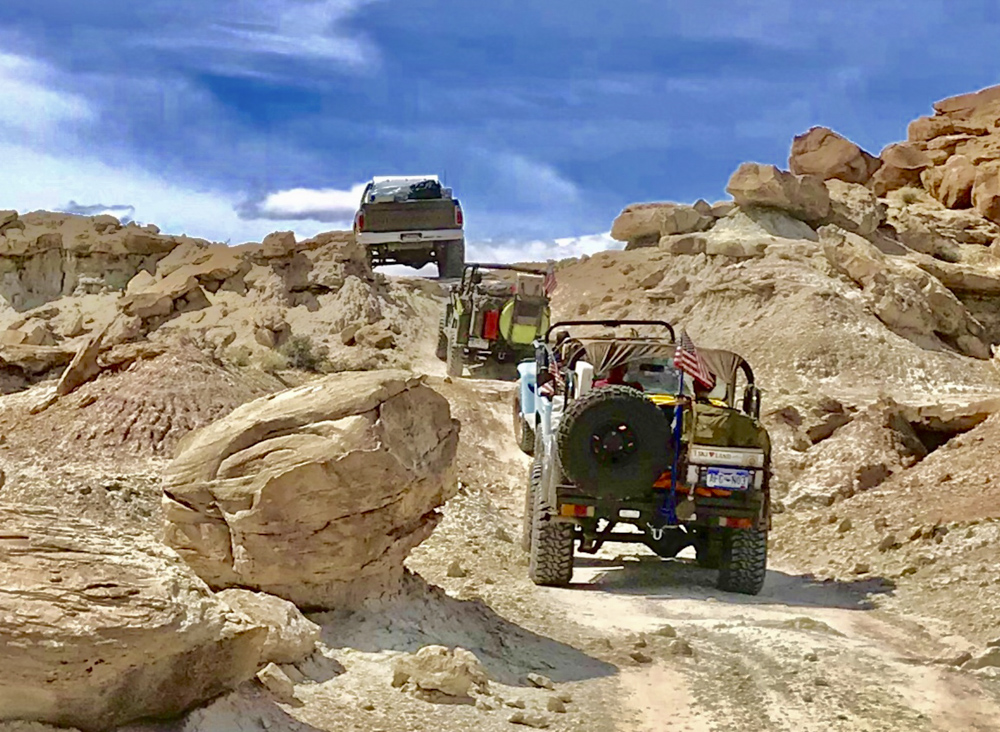 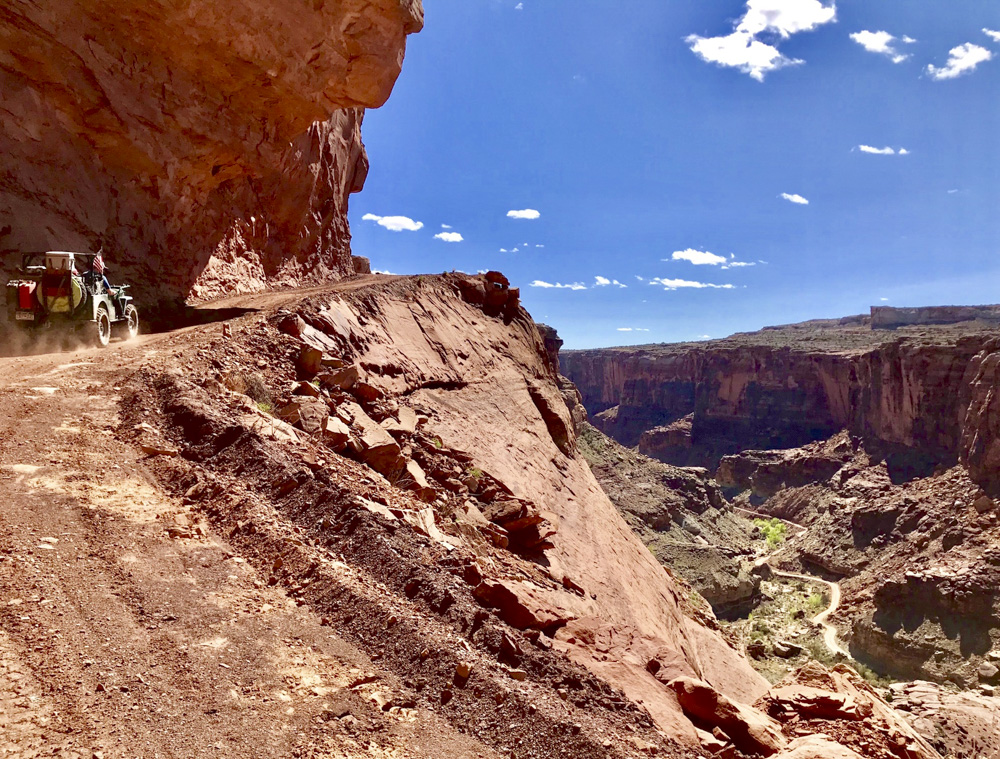 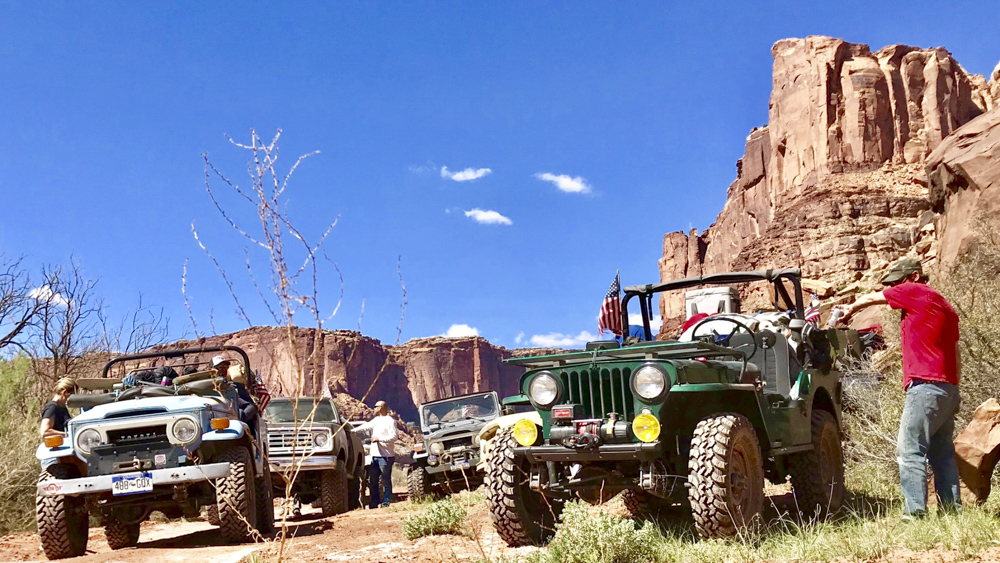 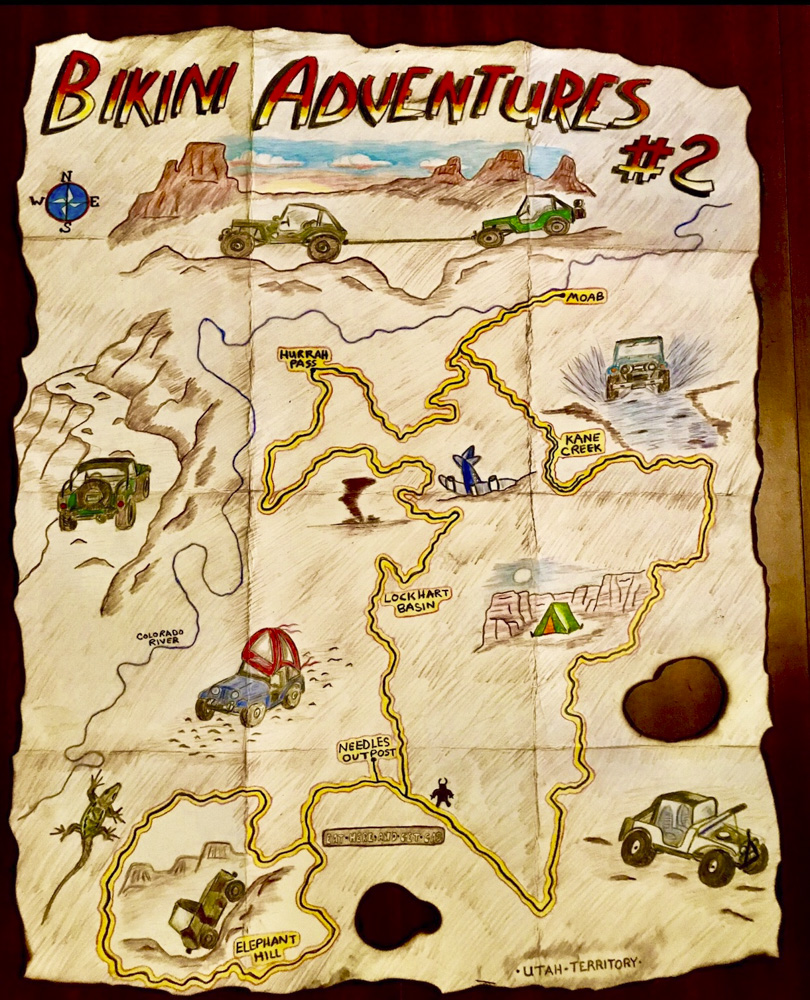 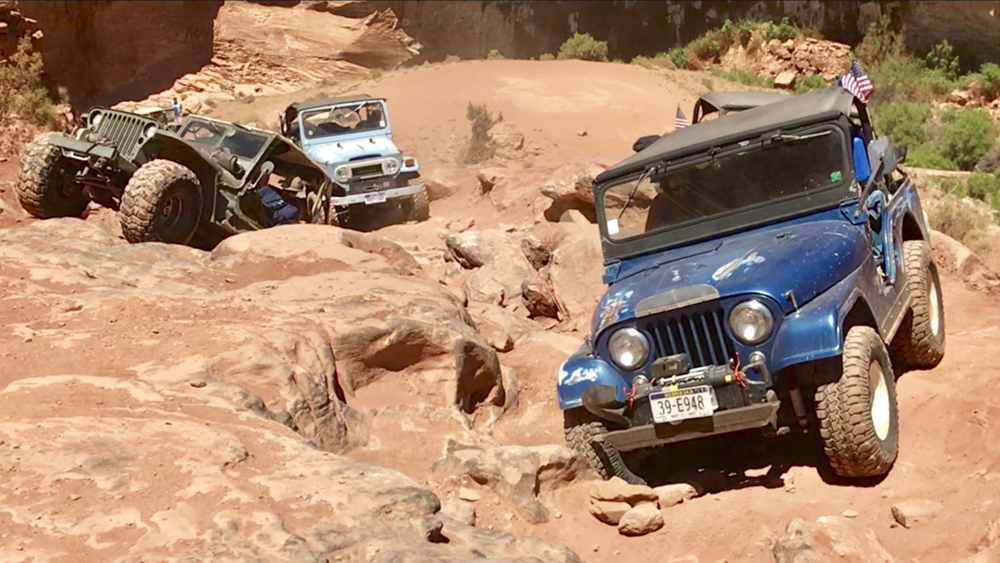 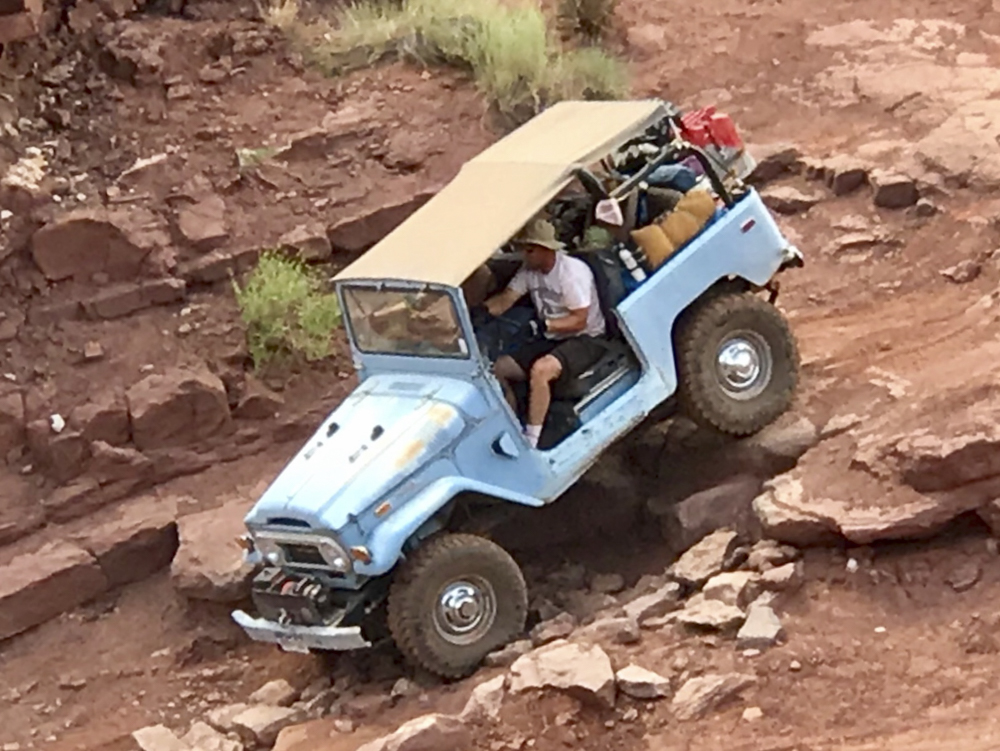 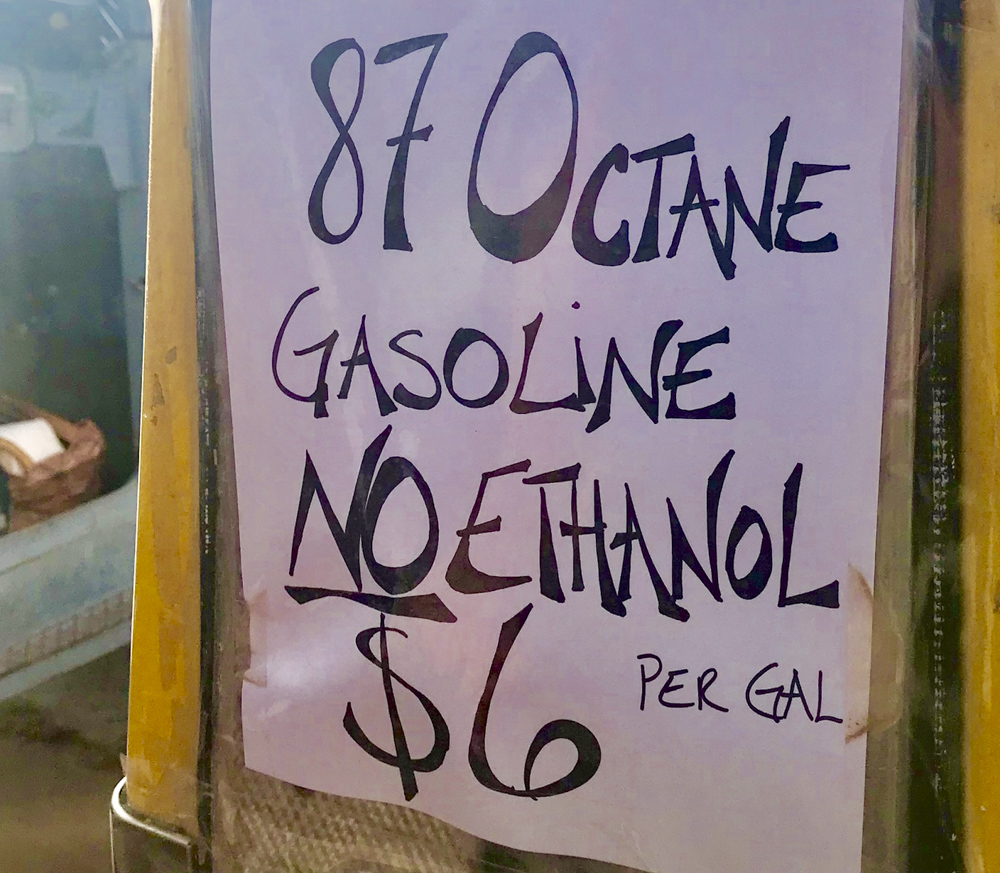 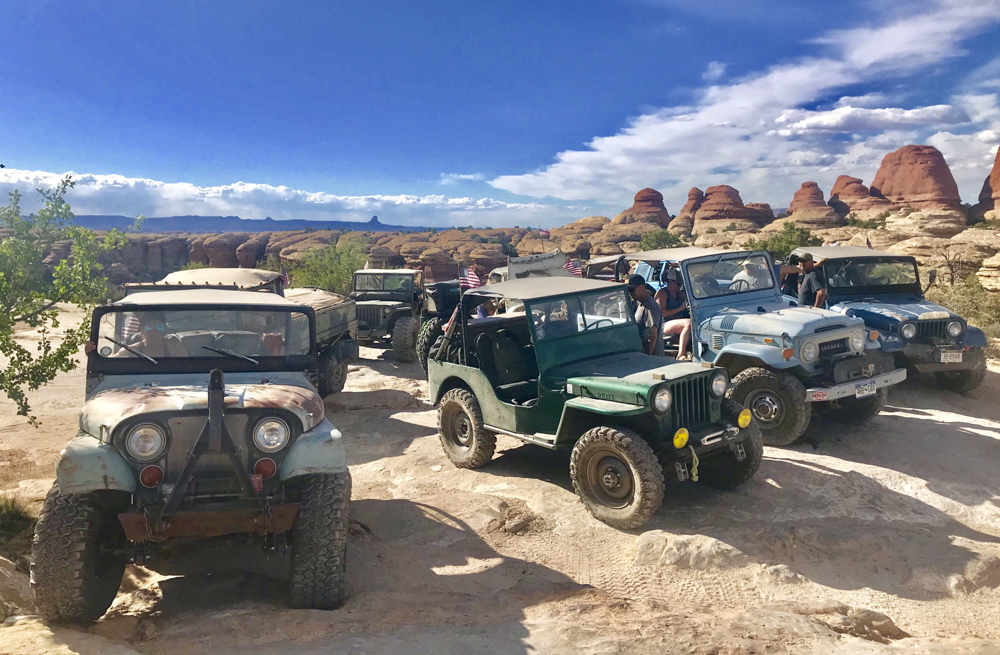 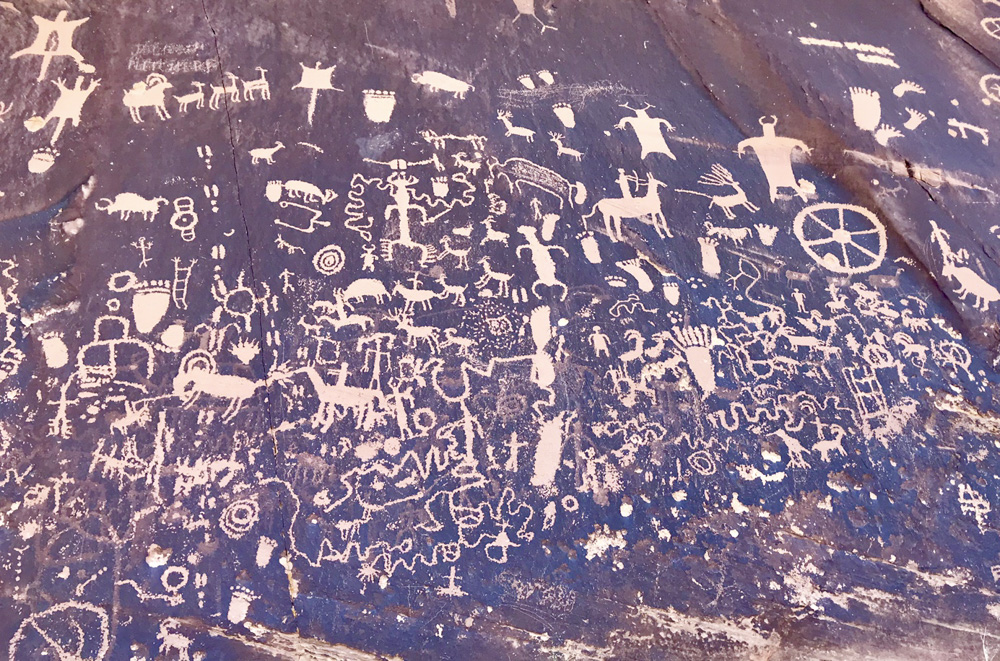 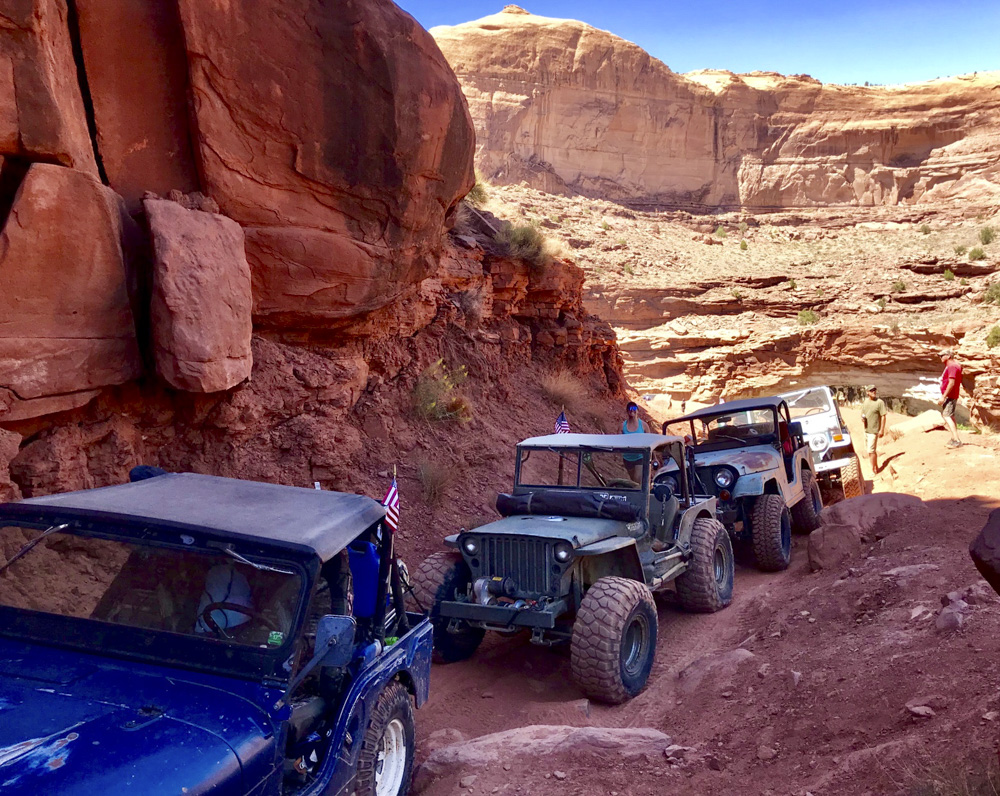 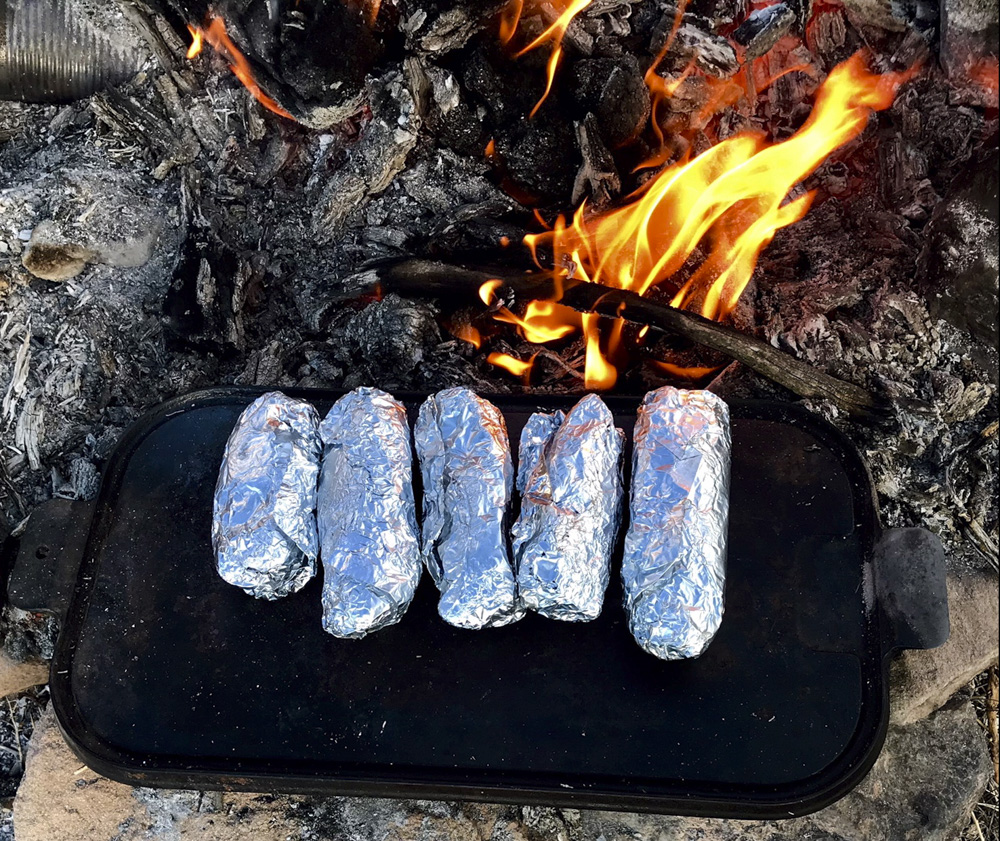 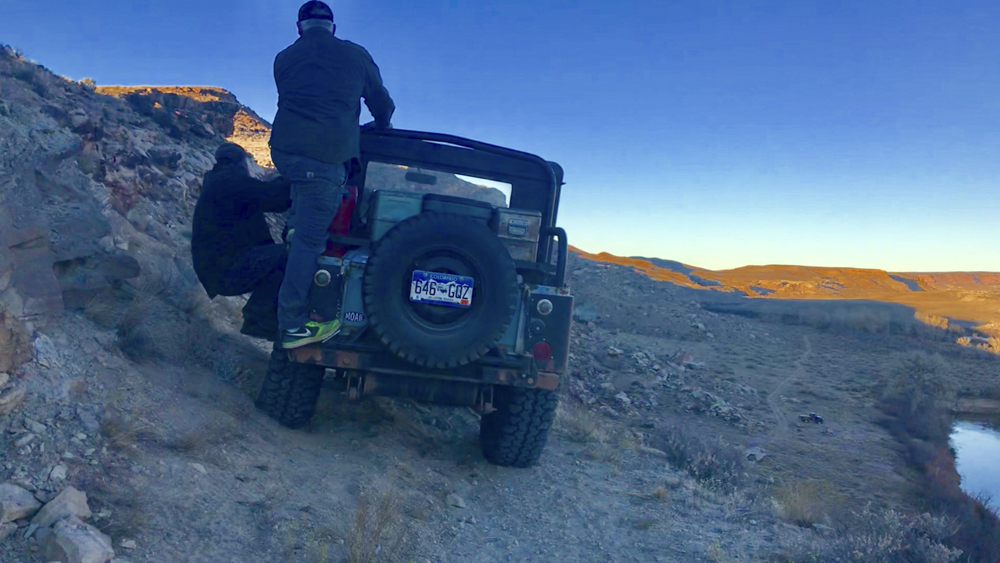 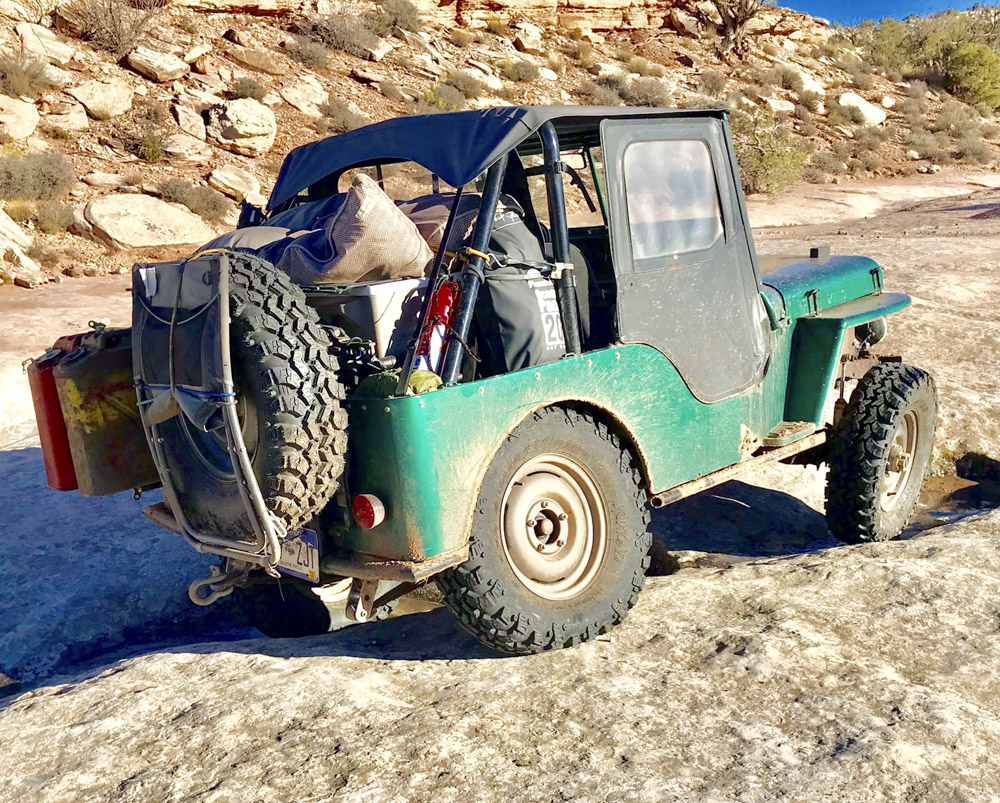 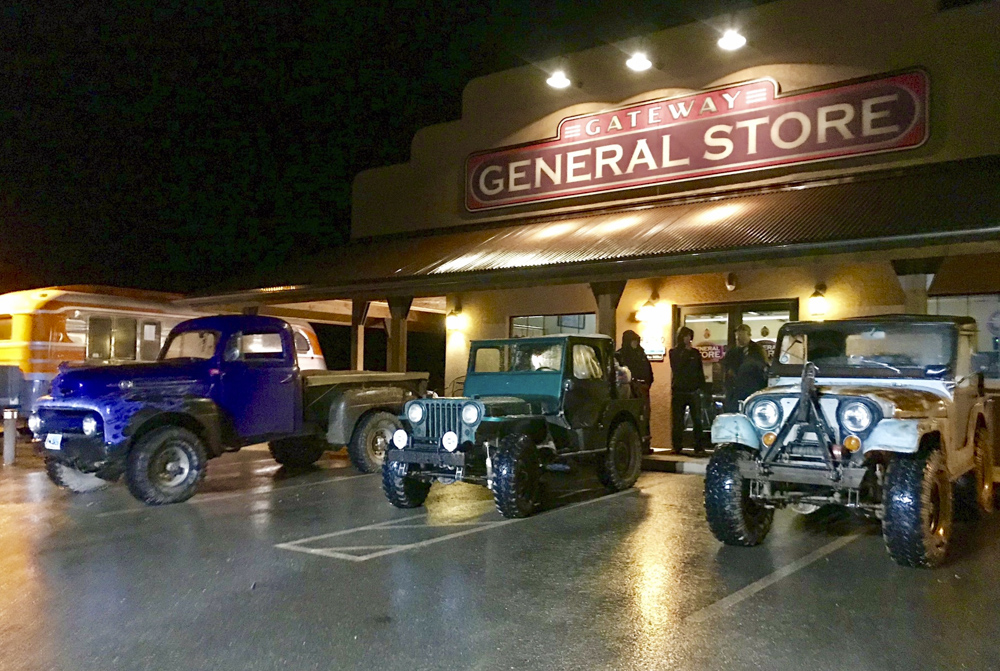