You know those secret hardcore wheeling clubs? Well, we infiltrated one for the good of the magazine. The Arizona Undertakers Club was formed in 1998, it’s not a club for everyone. In 2002, they began a Marathon event. It is held each fall and includes two days of extreme trails. All trails are legal, but they’re tough. Washes and sections of washes that include truck-size to house-size boulders, steep, sometimes vertical waterfalls and lots of tight channels and crevices.

These trail ninjas are forced to prove their mettle to the club. Club members can invite noobs to join, to see if someone is a good fit for the club. Standards such as the ability to repair your own rig, plays well with others, not a complainer, are imposed on prospects. But the real purpose of the Marathon is to get together with your friends at the start of the Arizona wheeling season.
Group meals were provided by the Bleu Collar Chef K-ton, he catered two dinners, two breakfasts and two lunches for about 70 people. Catering made the event easier for all members by taking the burden of cooking for so many off the backs of the members.

Twenty-four vehicle teams participated this year, Six trails were run on day one; eight on day two. The trails could be run in any order, but teams ran in groups of two, usually with two groups combining to assist each other. While the scenery is gorgeous, these are not scenic trails. These are hardcore, beat you up trails. Winching became necessary for almost all the teams. Breakage became a factor for many, although most were able to repair and continue. A blown motor and broken transmission topped the damage list, but driveshafts, yokes, axles, transfer cases and other miscellaneous parts also hit the list. Rollovers happened. Teams made obstacles they’ve never climbed in the past and failed on others they had done previously. Two different areas of concentrated trails were used, so basecamp was set up in a large Group Camping Area.

With wildfires causing so much havoc in the west this year, no open fires were allowed. A propane fire pit had to replace the annual bonfire, not quite the same, but sufficient to light the nightly shenanigans (not to be written about here, to protect the guilty and the innocent.)

The event began on a Friday evening, by Sunday morning everyone packed up to move to the second section of trails. The club members policed the area for trash and loaded everything that didn’t belong, most of which wasn’t theirs to begin with.

I want to thank founder, Frank; Marathon leader, Huck, and my personal driver, Jeremy Hammer for such an awesome experience. 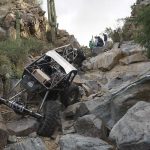 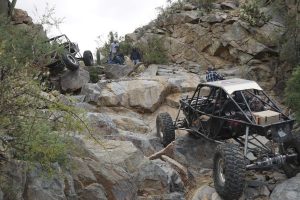 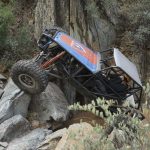 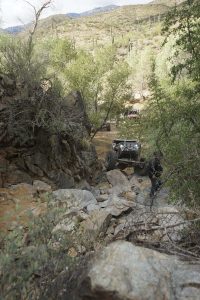 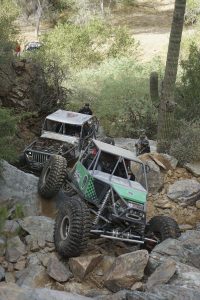 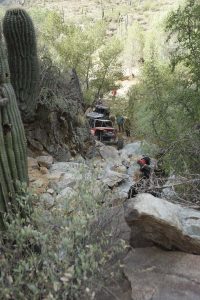 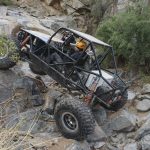 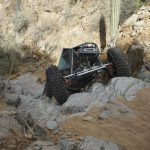 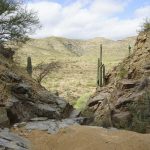 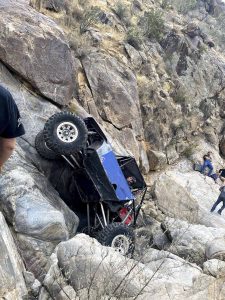 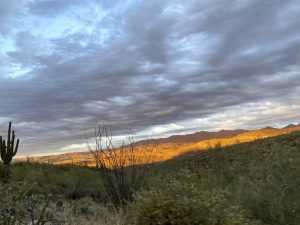 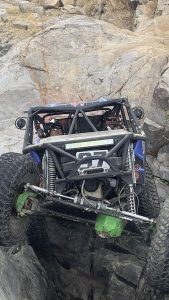 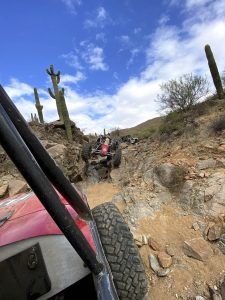 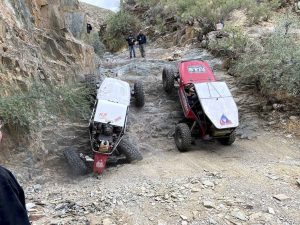 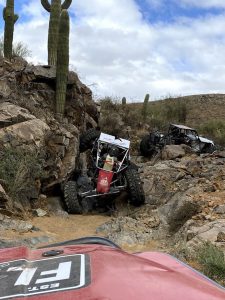