Story and photos by Rich Klein

As with anything that has a motor/engine, man will find a way to create a competition around its use.

STOL, Short Take-Off and Landing is such a thing. The first short take-off is considered one that happened during November 1910 when Eugene Ely took off from a stationary ship, and the first landing occurred in January 1911, again, on a stationary ship. The First competitive event for STOL is a clouded research effort, but the Valdez Fly-In is considered the Granddaddy of all STOL competitions.

The Lonestar STOL competition just took place in Gainesville, Texas. Doug Jackson is the promoter and organizer of this first-time event. Doug assembled a great group of staff to help run, what everyone, post-event said, was a great event.  If you participate with off-road racing, you would have easily recognized half of Doug’s core staff.

Being our first aviation event of any kind, we had no idea what was involved or how such an event is done. As event promoters, we jumped at the chance to volunteer and learn what we could about STOL. Like any competitive event, there are rules, classes, registration, requirements, safety meetings, insurance requirements, food vendors, portable restrooms, camping, spectators, media, sound equipment, officials, judges, controllers/marshals – the same litany of lists you’ll find at any event.

At Lonestar STOL, there were five classes, including Heavy Touring, Light Touring, Bush, Experimental, and Light Experimental. The classes range from longer scores to the shortest in Light Experimental. The competition was designed to give each aircraft and pilot the opportunity for three runs throughout the day.  The take-off is scored from a line to the point where all wheels have left the runway. Total distance in feet is recorded.  These ranged from 299 for the longest to 25 for the shortest.  The landing is measured the same way, as the pilots come in, they must land after the chalk line, it is a Disqualification if they land before the line.  The landings ranged from 349 to 20.5.  To score a run, the take-off and landing from the same run are added together.

The best score of the weekend belonged to Steve Henry of Idaho with a total of 52 – that was a 25-foot take-off and a 27-foot landing. As with many competitions, lowest score wins.

The competition area had been set up on a grass infield between runways, but with the rain the night before and more forecast during the event, the area was moved to a paved runway. The “course’ or layout consists of a start/finish line with marks every 3 feet along the runway. Line judges are stationed every 15 feet apart; each was responsible for catching the take-off or landing on the mark within their zone. There were also two 150 ft tape measures laid down between the marks and the course to help the judges. The Marshal and scorekeeper stood behind the judges, verifying the distances for both take-off and landings. There was a camera set up at the start/finish line to verify close calls on the landings. A line judge was stationed at the mark to call a Scratch if the plane landed before the mark. The Air Boss worked with the local airport to control competitors in the air and additional airport traffic.

The Competition started with a practice period the day before, mostly done on the grass. After the rains, the course moved to pavement, and more practice runs. The wind changed direction, and the course was flipped, so the planes were taking off and landing into the wind, for the most part. The morning session had very low ceilings and was called after the first two classes completed two runs. A break in the action for an hour was just enough to have the clouds burn off and the official live competition started at 1:00 p.m.  The Lonestar STOL competition was broadcast live around the world.

Although the weather didn’t cooperate, the teams, staff, and spectators all enjoyed the competition. As with any outdoor event, weather plays a factor. There was rain, low cloud ceiling and puddles on the runway, each pilot worked to avoid the puddles on both take-off and landings. The puddles increased the drag on take-off and made braking conditions poor on landings. Pilots had to fight visibility issues with the low clouds and rain, it was not dangerous but still made flying the pattern and landing more difficult. Typically, there were five planes in the air at a time. During the competition, the teams have no idea how well they’ve done or how they compare to each other.  As we’ve found with every race or competition we do, that is still the most important part to competitors. One pilot commented, “if I’m going to lose and come in second, I don’t mind losing by just 3 feet.”

After the close of the competition, awards were presented with congratulations. Spectators and teams stayed for the awards, which is always great to see. After awards, a raffle and crawfish boil was served. It was a fitting end to a great time. 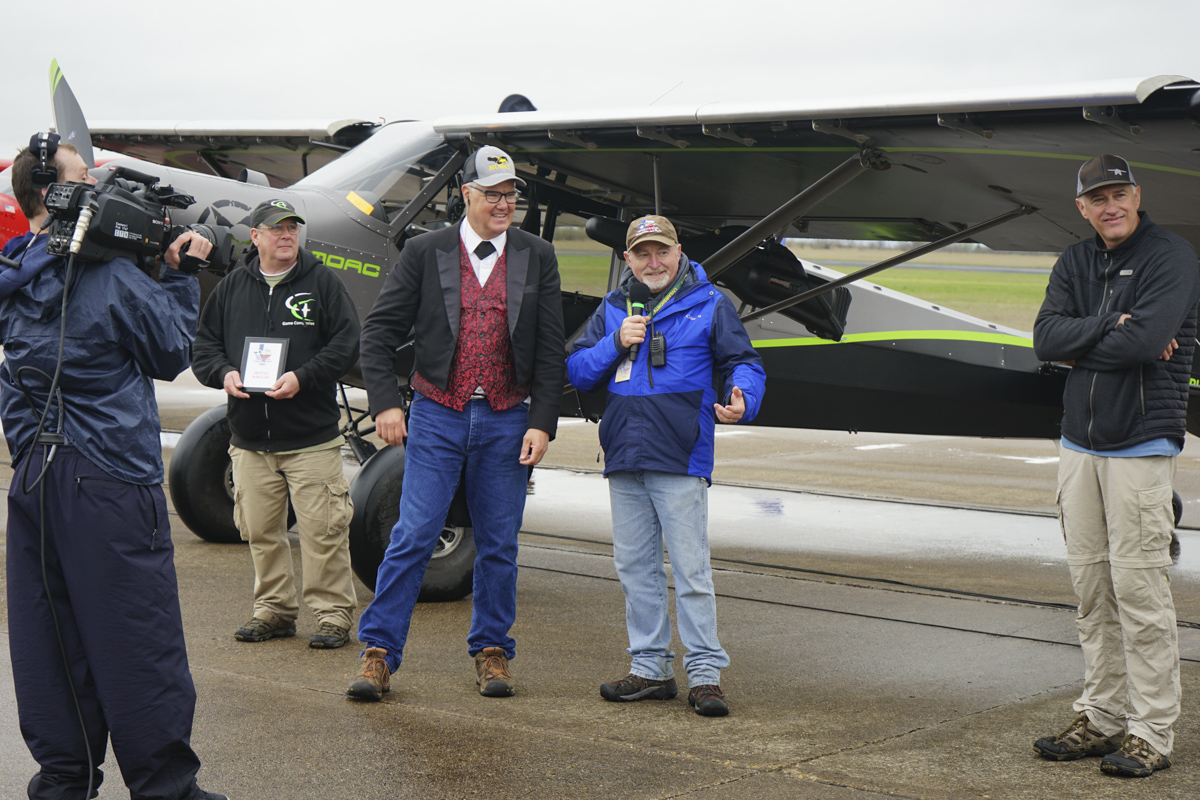 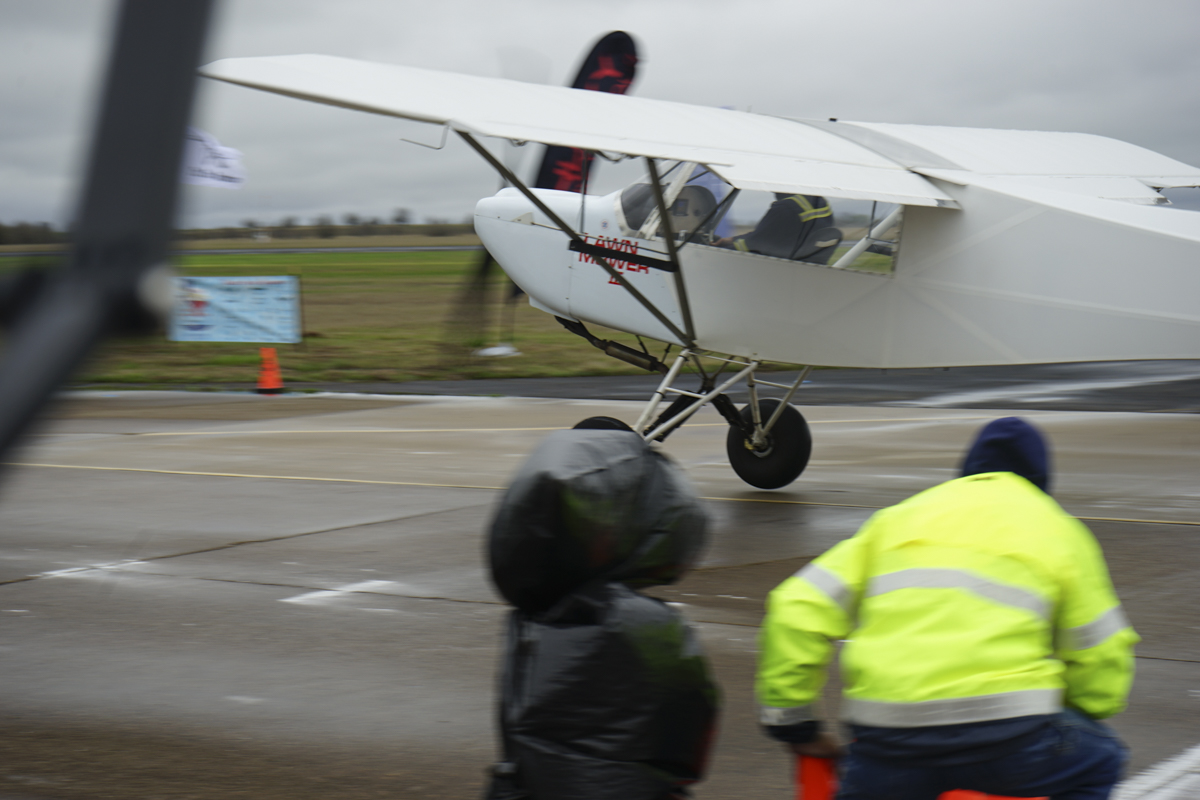 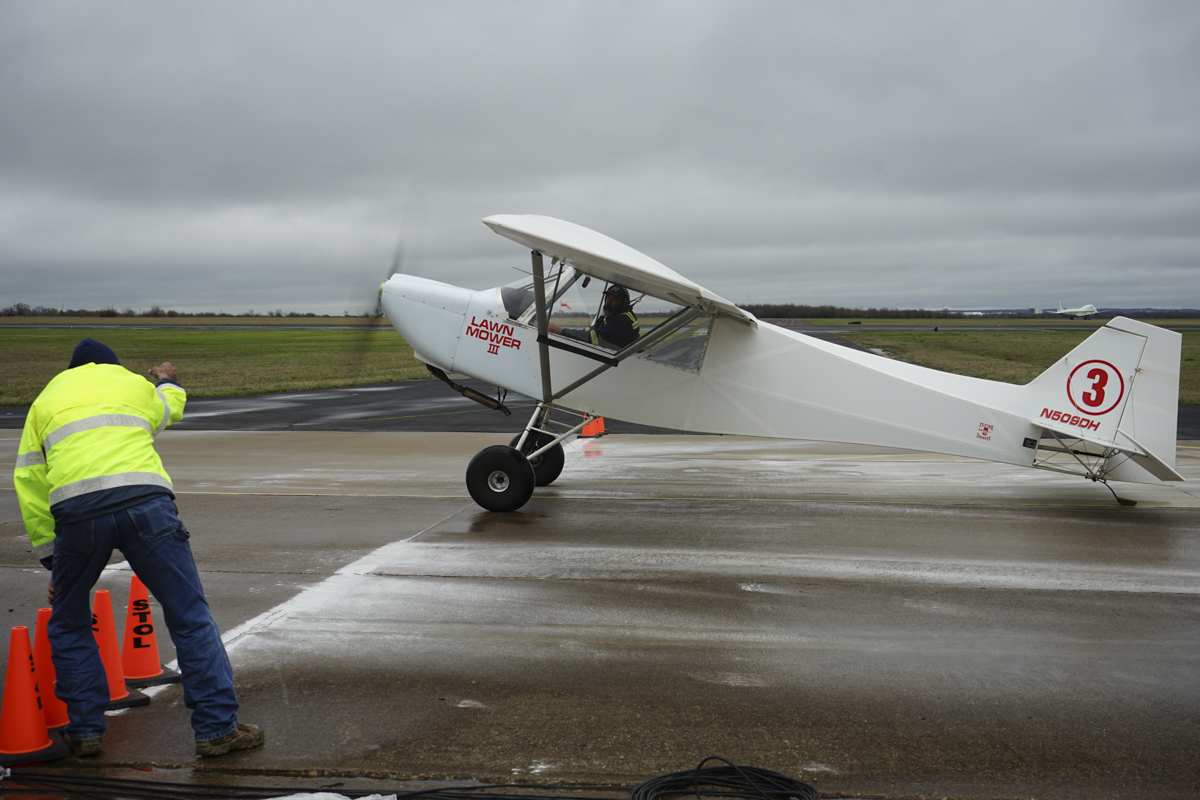 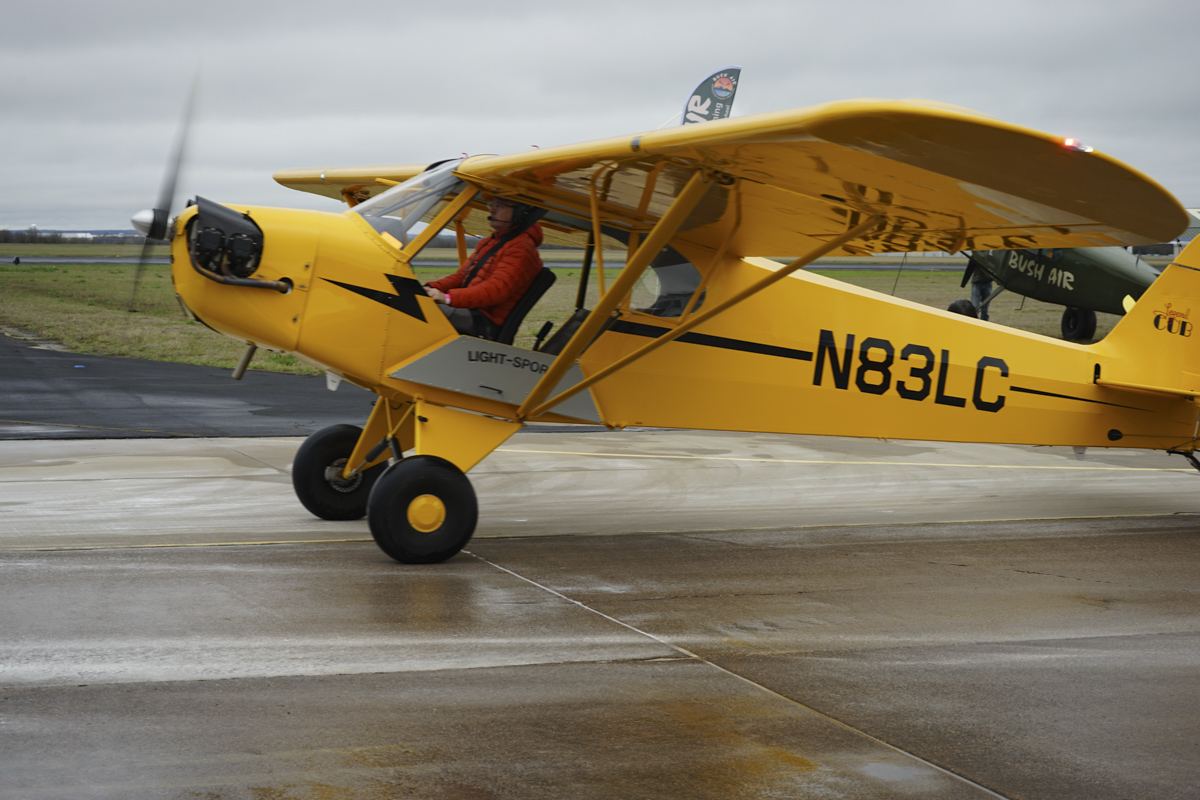 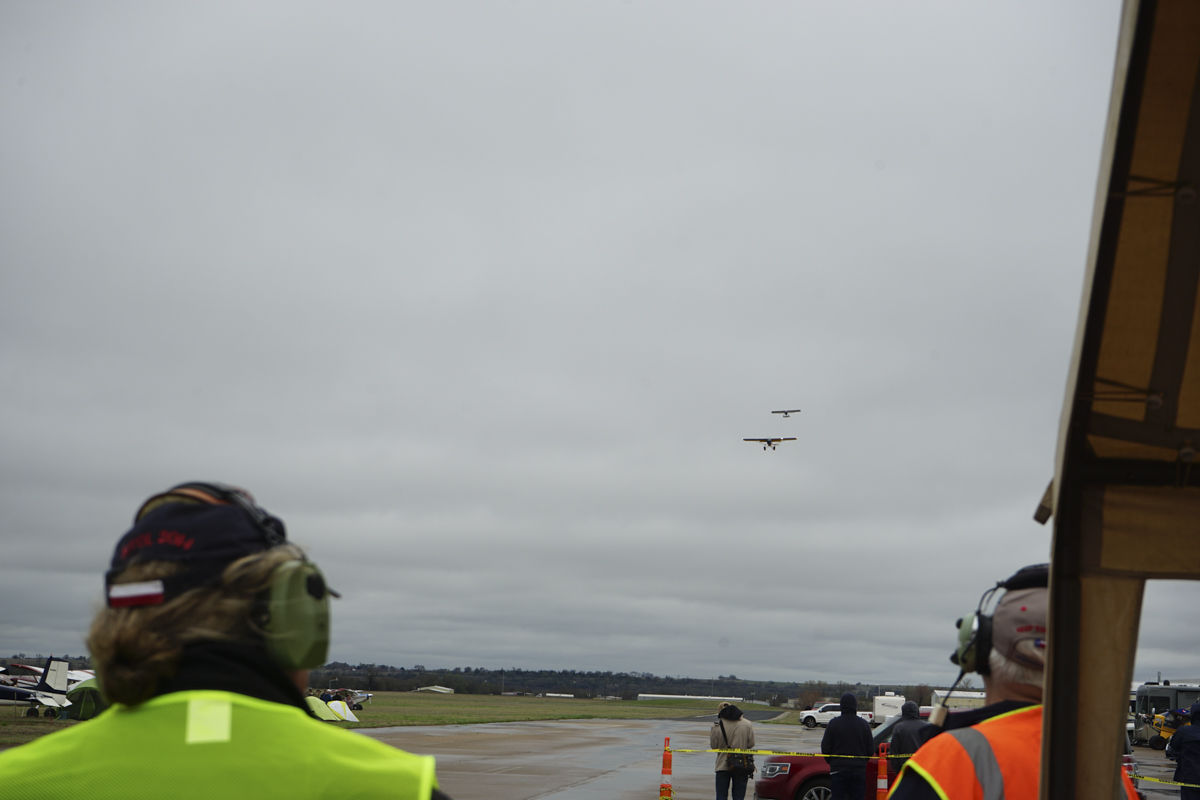 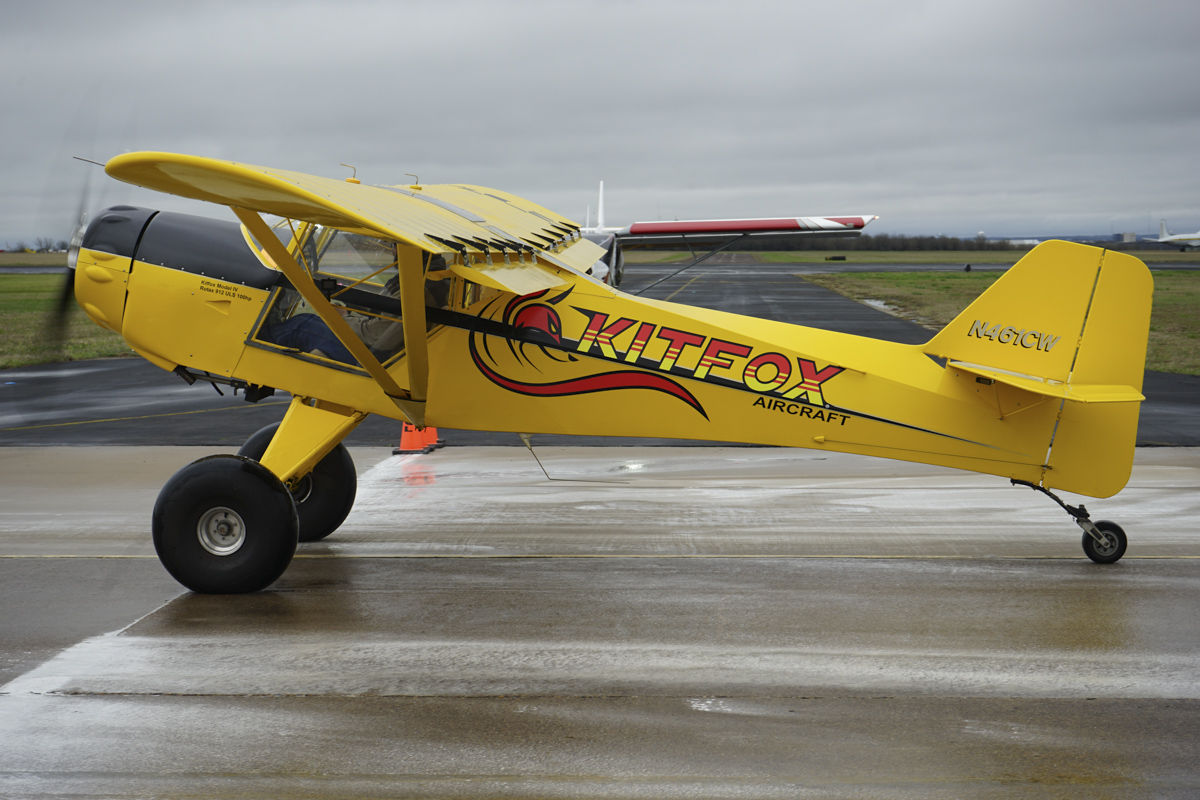 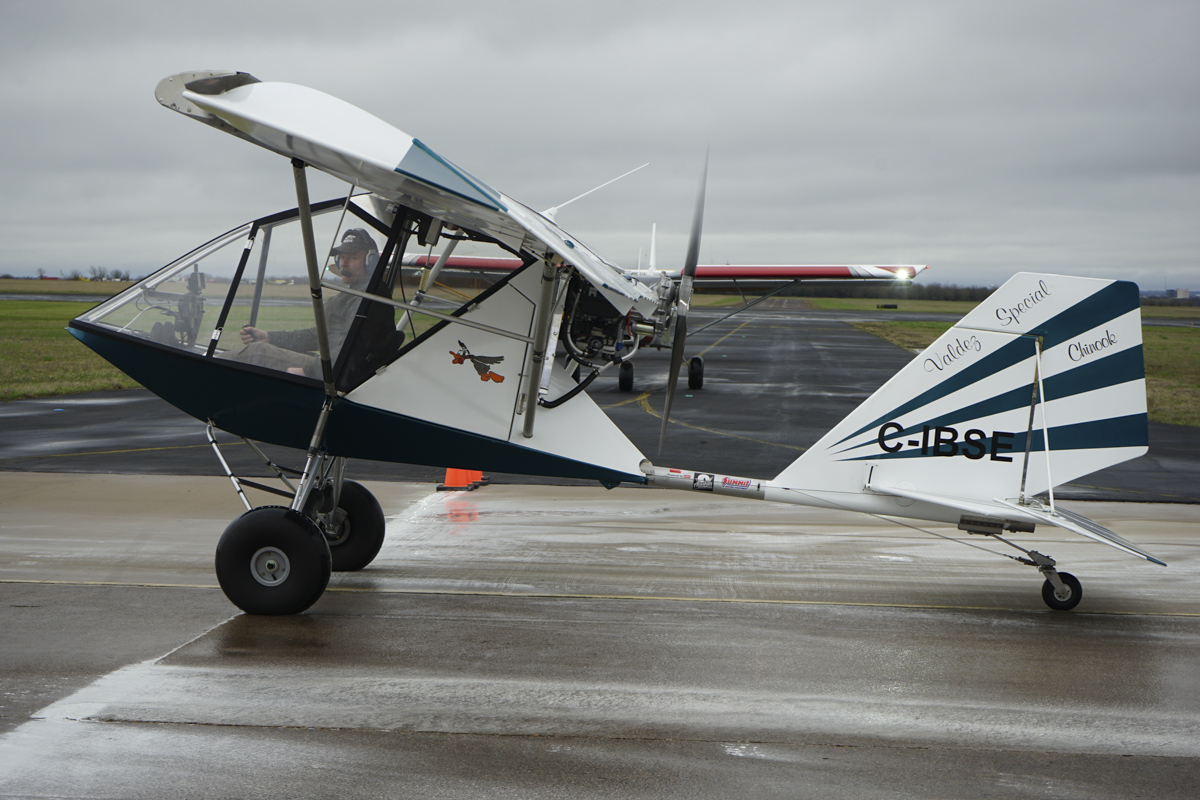 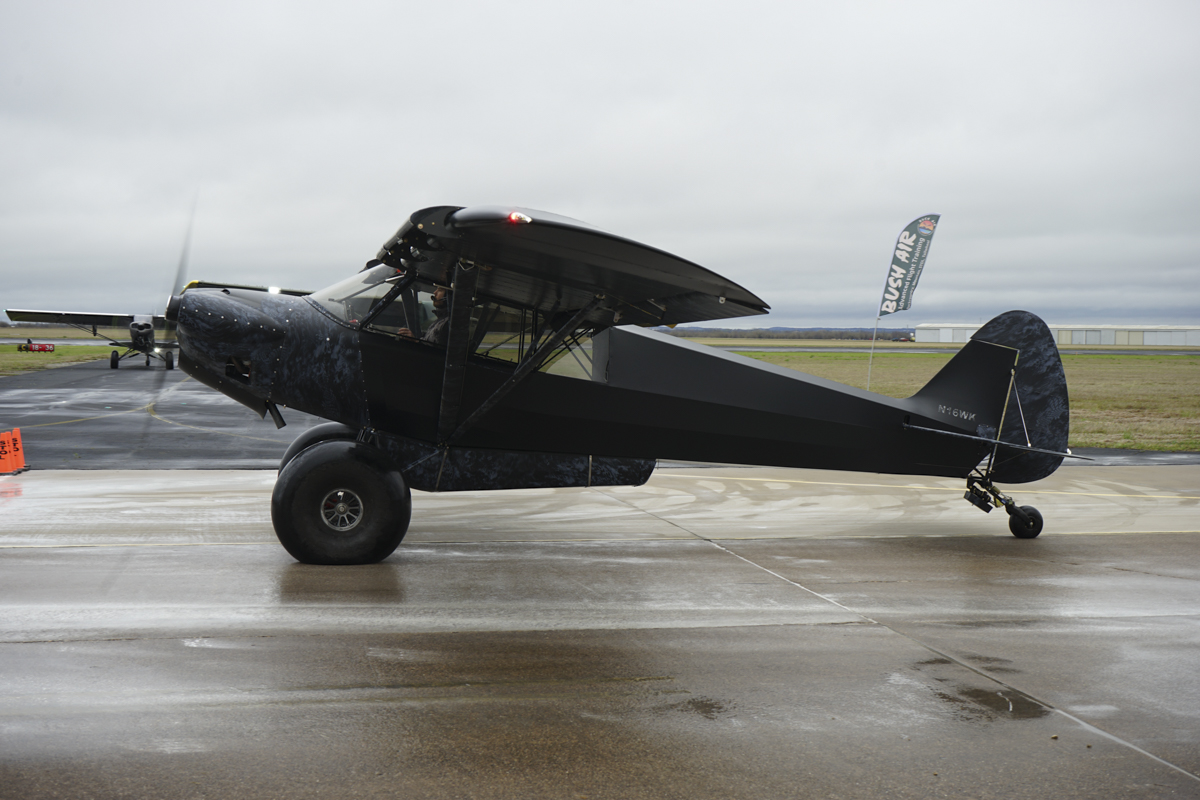 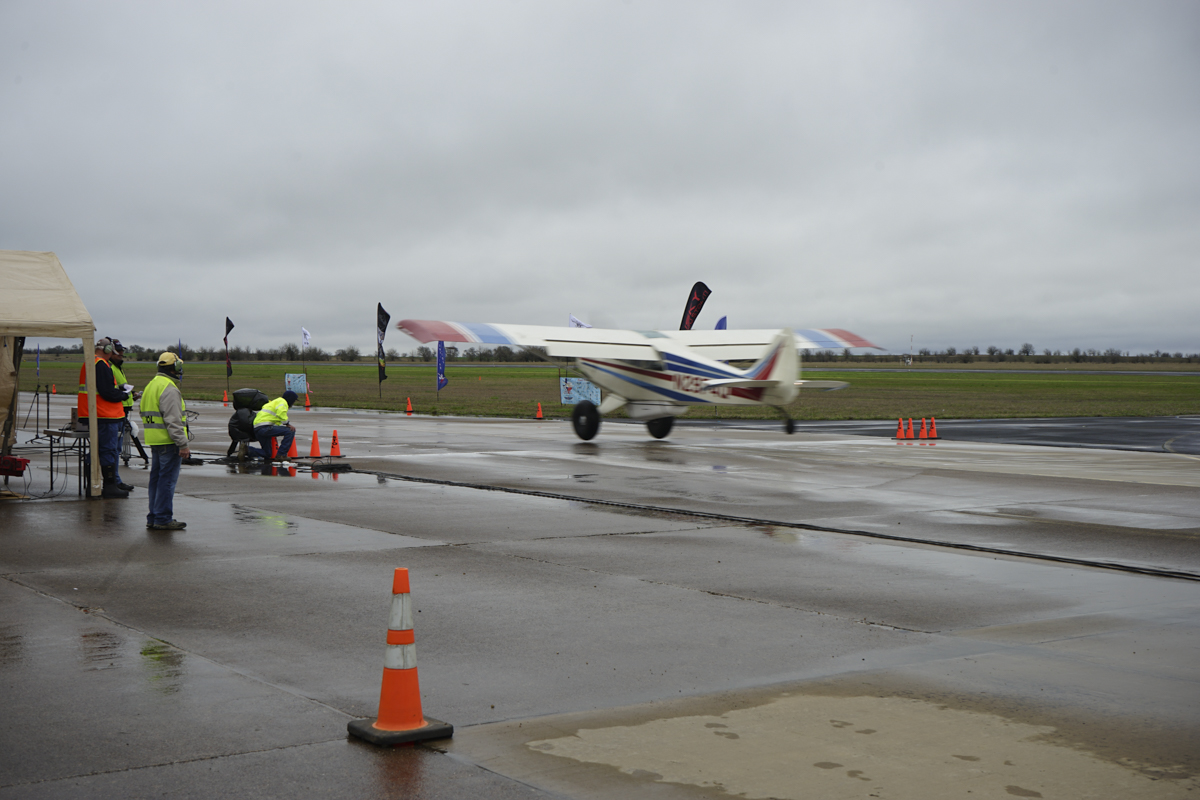 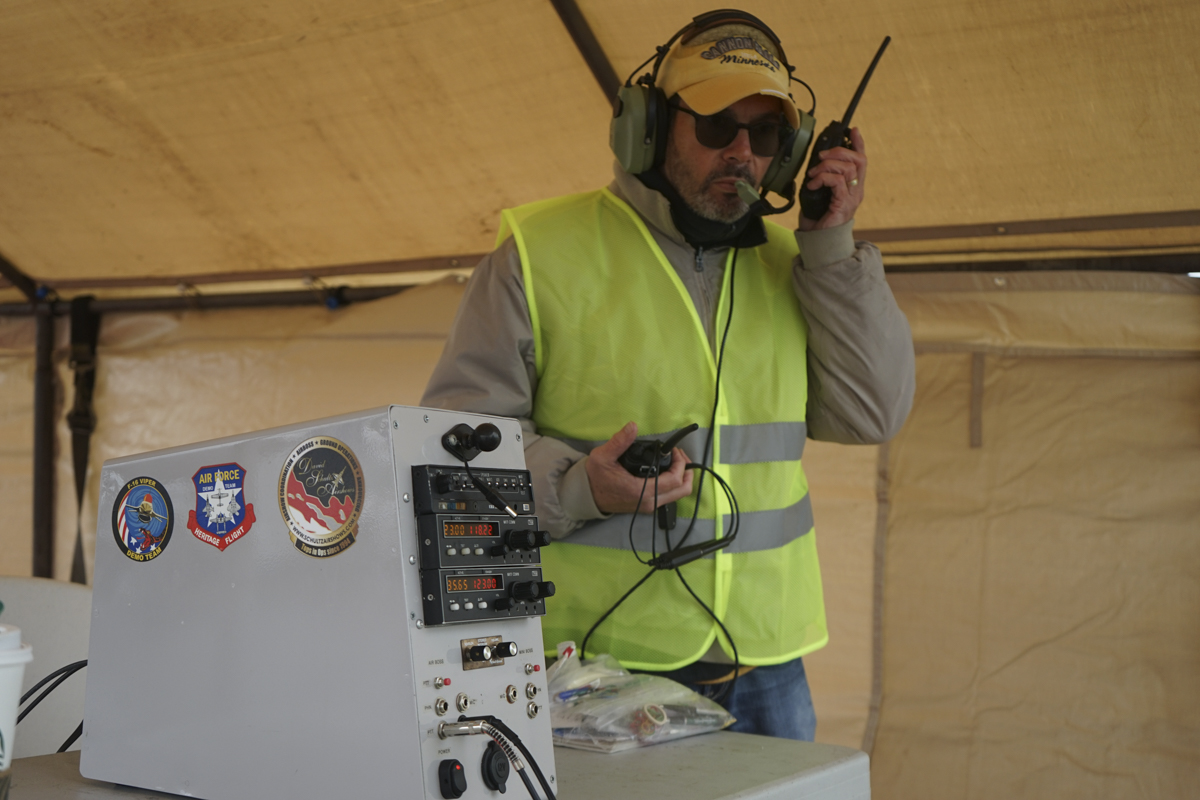 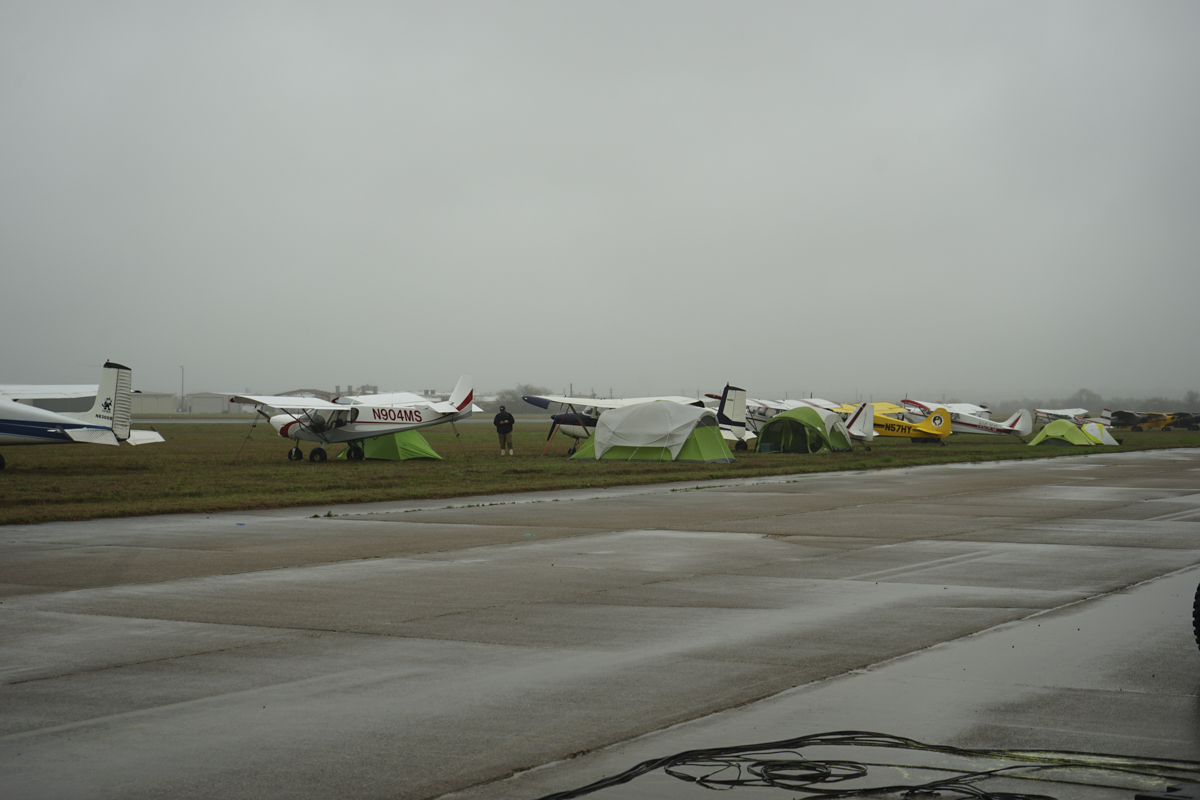