Story and Photos by Meg Anderson

Let’s just start with this – when your adult children acquire trail-worthy vehicles, a whole new world of adventure opens to all. Suddenly, there’s a cluster of like-minded family members just waiting to say yes to the next off-road adventure. And that cluster includes me, my husband, three daughters, three sons-in-law and four Jeeps.

As well as three grandkids that have had minimal exposure to the Rubicon Trail, even though living in Georgetown, it’s basically in our back yard.

But when you think of two adults taking their three children camping in the wilderness in a four-seater Jeep, the math is just as confusing as Common Core, with the same sad outcome. And then the ante goes up because we all know that three is not a good number, especially with two teenaged boys and one nine-year-old girl, so factor in an additional nine-year-old girl, for a total of six, all rocking on ready for the adventure.

Now it’s a given that some will be riders, and some will be walkers, but who will be the eaters and what will they eat? Because it’s hard enough to pack the camping gear, much less the food to hold all six over for a weekend. What is a parent to do?

I have a simple suggestion for that dilemma: register for the Annual Jeep Jamboree, featuring Camp Rubicon, a three-day trip.

Not to be confused with the much larger Jeepers Jamboree, a three or four-day, adult-oriented trip into Rubicon Springs, the Jeep Jamboree spans three days and welcomes kids age 6-17 to enjoy the adventure in a more family-friendly atmosphere with activities specifically designed for this age group to enjoy the natural surroundings as they learn how to preserve them for years to come.

But let’s start at the beginning… here’s a recap of the 2019 event:

“Welcome to the Historic Rubicon Trail”

That’s the sign that greets visitors at the entrance to the legendary trail across the Sierra Nevada, followed by a promised adventure into the country worthy of being called “El Dorado County’s Crown Jewel.”

As you begin your first climb up the face of the granite wall before you, you begin to realize that this historic trans-Sierra trail has a far greater significance than merely a spot to try out your new gears or your 40” tires. No, it’s much bigger than that. Big enough that you don’t ever want to see it go away. That is the premise of Camp Rubicon, a feature of the annual Jeep Jamboree designed to encourage the next generation to embrace the sport with the enthusiasm and commitment it takes, and will continue to take, to keep access to the world-renowned trail open for all to enjoy.

You can expect the same comfort creatures on this trip as every Jamboree; all your meals and camping fees, exclusive use of the Rubicon Trail, experienced trail guides and trail mechanics, a sponsored raffle, entertainment, dancing, as well as plenty of fun and games. There’s also a no host bar, Amos’s Place, and an Ice Cream Parlor, both courtesy of the Georgetown Divide Rotary Club.

But amenities aside, one of my personal highlights was seeing the excitement on the face of grandson, Logan, 17, who got to experience driving the trail. The first thing he said after getting to Rubicon Springs was, “I’m getting a Jeep and coming back next year!”

That thought was confirmed, many times over, once he recognized the teenaged male to female ratio in camp, who would have realized how many of the camp crew brought their daughters. But seriously, he enjoyed meeting and befriending many of his country-wide peers.

Friday night after dinner, everyone gathered on the lawn for an outdoor showing of “Goonies,” presented by Metal Cloak, while munching on popcorn, popped and served free for the asking by the Rotarians in the Ice Cream parlor. There’s nothing quite like watching that classic movie under the stars, with a crowd that large – fun for all ages! After the movie, the young ones headed for the warmth and comfort of their tents, leaving the adults to enjoy dancing to the music of Island of Black and White, a roots, reggae, rock and all-around great cover band.

History was on the agenda Saturday morning with a talk by Rick Morris, an archeologist specialized in historic tourism and the author of ‘Rubicon Springs and The Rubicon Trail: a history,’ published in 2011.

Rick first experienced the trail as a teenager, under the tutelage of his father, the late and highly recognized off-road activist, and posthumous inductee to the Off-Road Hall of Fame, Steve Morris.

After a discussion and a ‘how-to’ lesson regarding sanitation disposal and the safety of fire extinguishing on the trail, the Rubicon Trail Foundation volunteers led a large group on a hike to the Stone Cabin, where everyone peeked inside the old, hand-built homestead. A slight detour on the way back to camp revealed a narrow but quite deep swimming hole, excellent for swimming or jumping off the surrounding cliffs. After a well-received lunch back in Main Camp, the RTF volunteers had something even more exciting planned for the Camp Rubicon kids.

As communication to the outside world is limited, both in the Springs and on the trail, the hand-held ham radio has become the voice for those that need one. Recognizing the advantages of this tool, and the importance of involving the Camp Rubicon generation, every child was given their own personal radio, dialed to listen in on, but not respond to, the Jamboree staff. They were also given an open channel so they could communicate among friends in camp.

That proved to be a well-used one, especially before the Rotary sponsored ice cream eating contest, as no kid wanted to miss that opportunity. There was also an RC Tread Lightly! course challenge and a crawdad contest, with the biggest bucketful claiming the prize. Corn hole was also a big draw, especially among the teens who had a lot of interest in each other, but not much interest in the other contests.

After a steak dinner big enough to satisfy the hunger of a Mountain Man, everyone gathered on the lawn in front of the stage for the raffle, which offered special prizes, like river floaties for the kids, as well as the high-dollar, sponsored raffle prizes for adults. Additionally, a very kind couple that spent their Saturday intricately folding quite a large number of two-dollar bills, origami-style, and then proceeded to disperse the beautiful, heart-shaped and rosetted bills to all the kids and some of the lucky adults.

The rest of the evening was given up to dancing, visiting with friends, both new and old, and having a few of Amos’ popular libations before topping off with an ice cream sundae, complete with special sauce, as a night cap.

Breaking camp Sunday morning is always tough, you’re either wishing Scotty would please just beam you up after the four-day, party-fest of Jeepers Jamboree, or you’re melancholy, thinking that the three-day Jeep Jamboree just wasn’t long enough. But there’s a certain satisfaction that comes with knowing you’ve done everything to encourage and motivate the next generation to become off road and outdoor enthusiasts. Knowing that your children have learned from the best regarding the ethics of good forest stewardship as well as the principles of recreating in a responsible and respectful way, is a lot. In fact, it would be hard to ask more in a program. 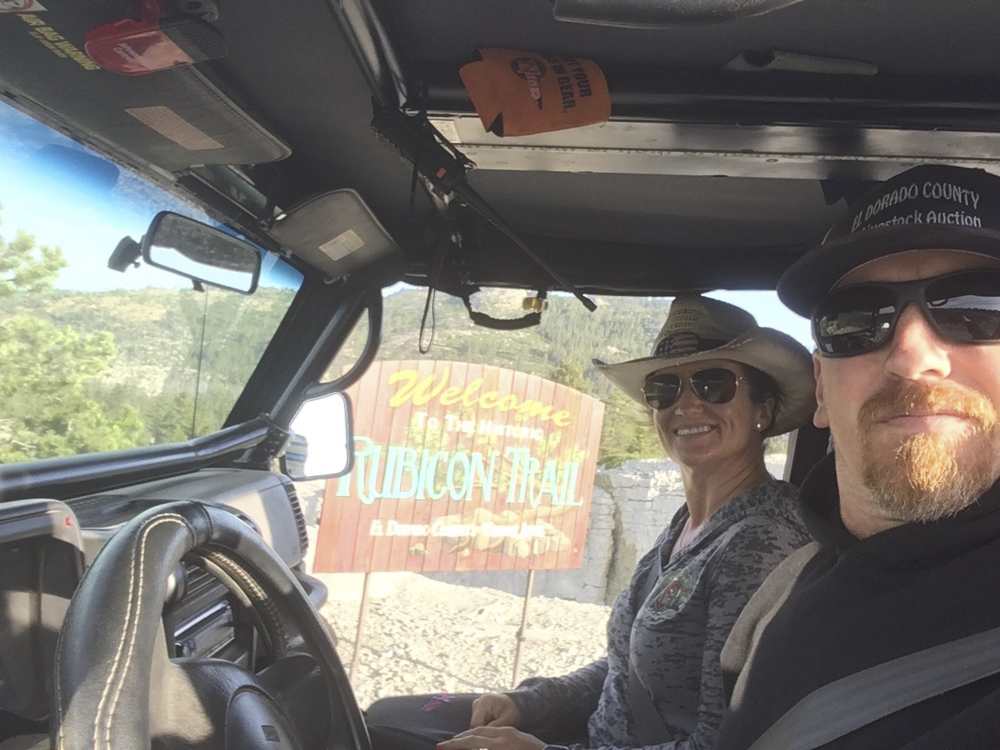 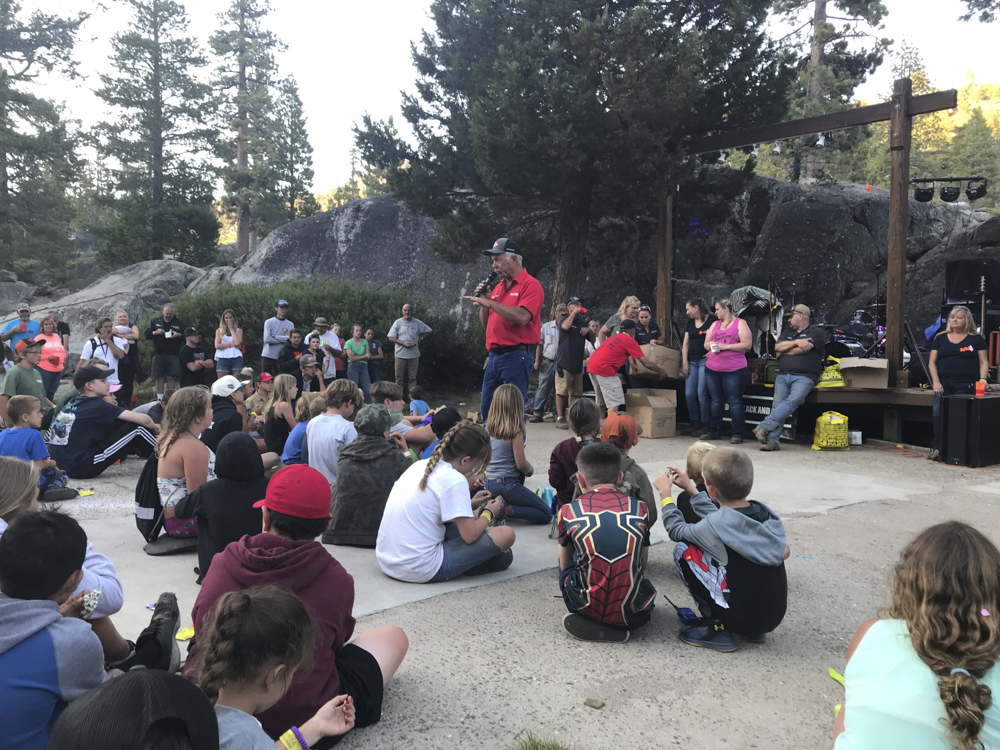 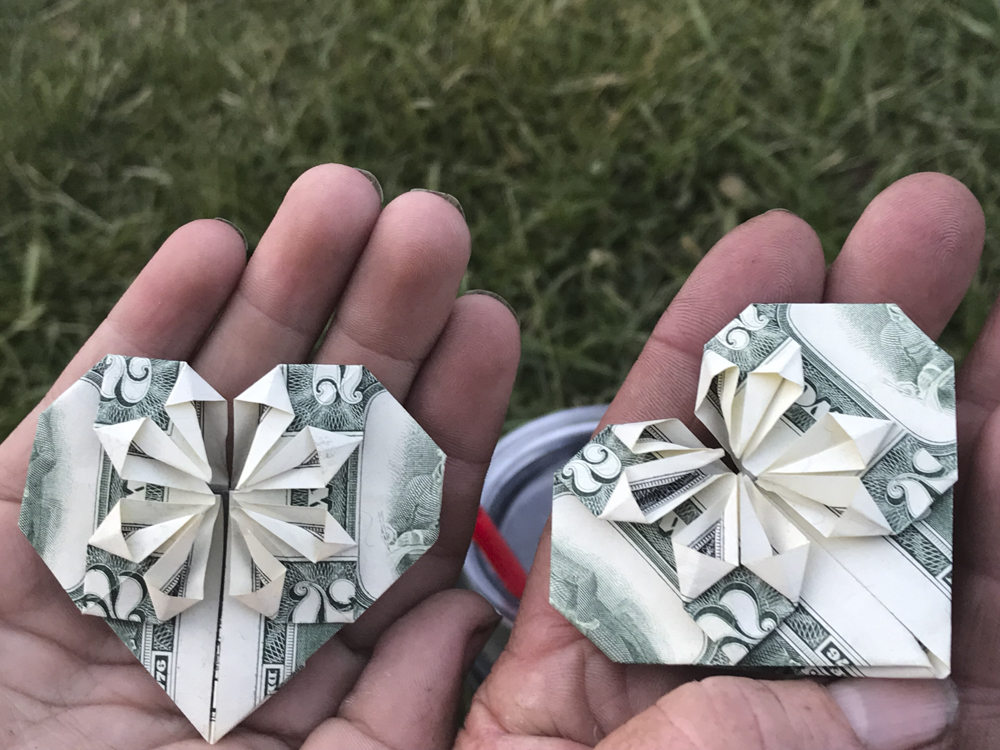 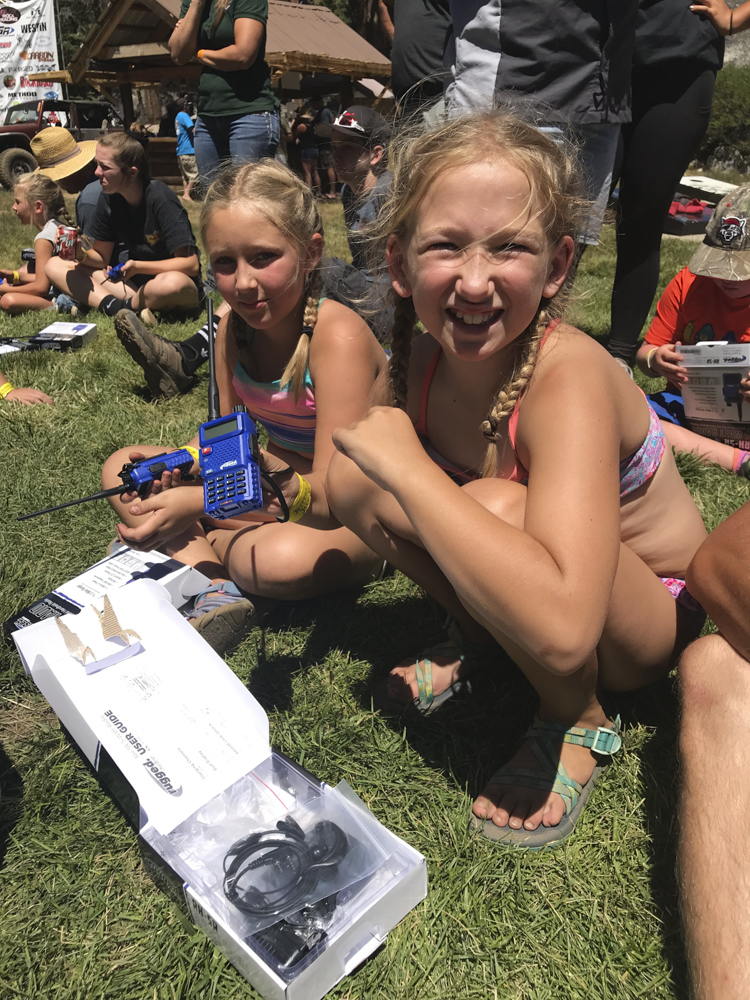 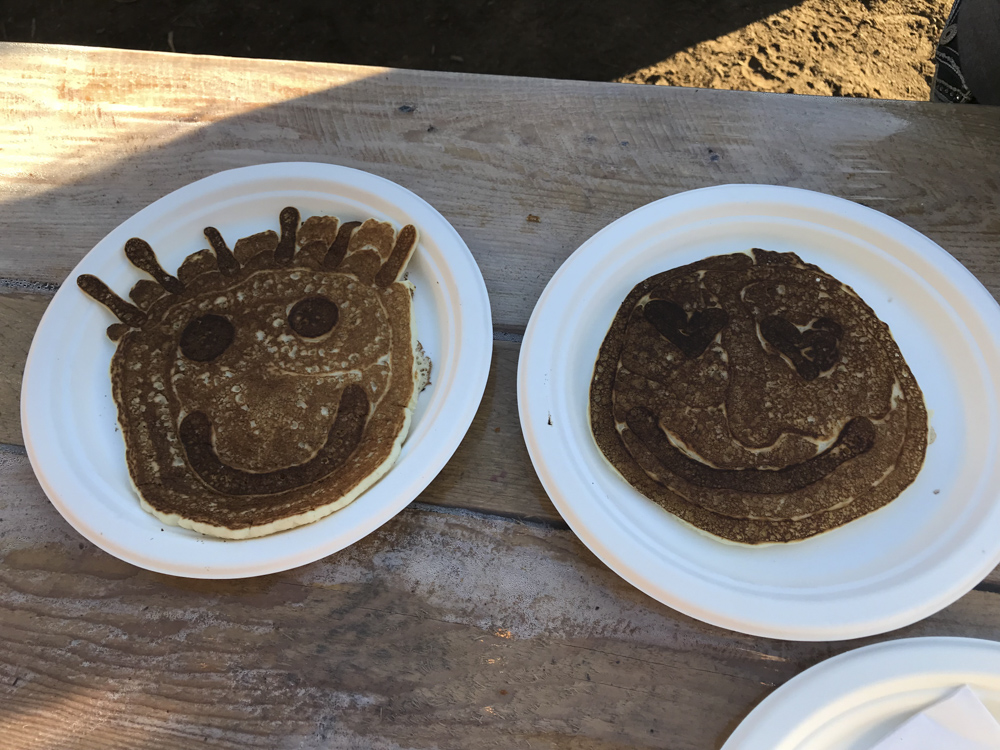 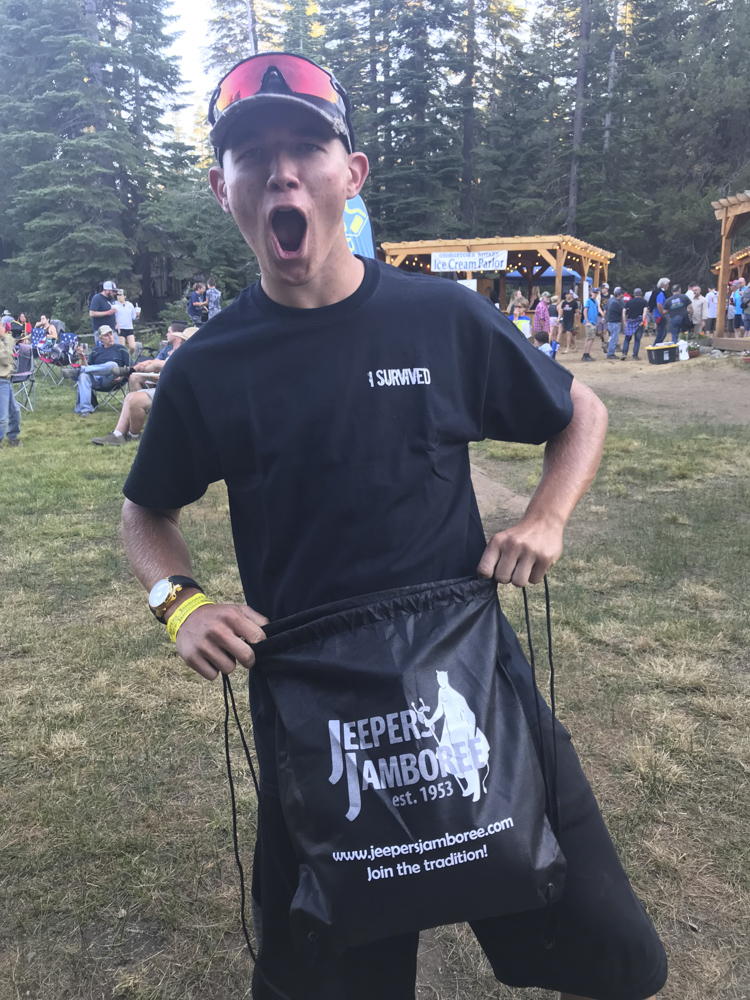 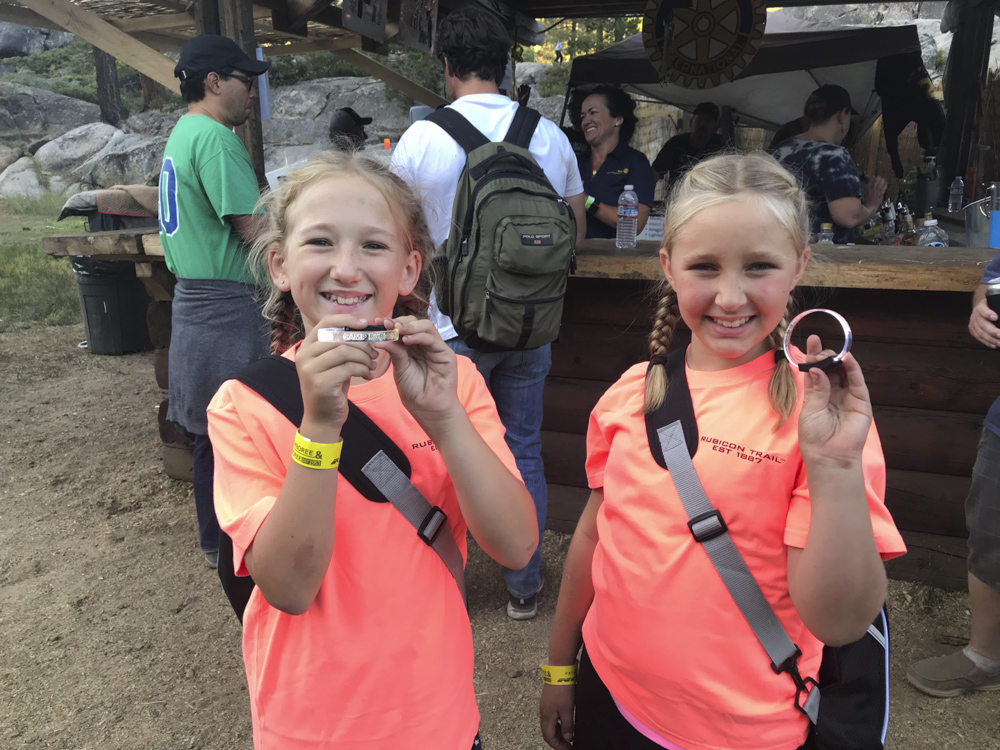 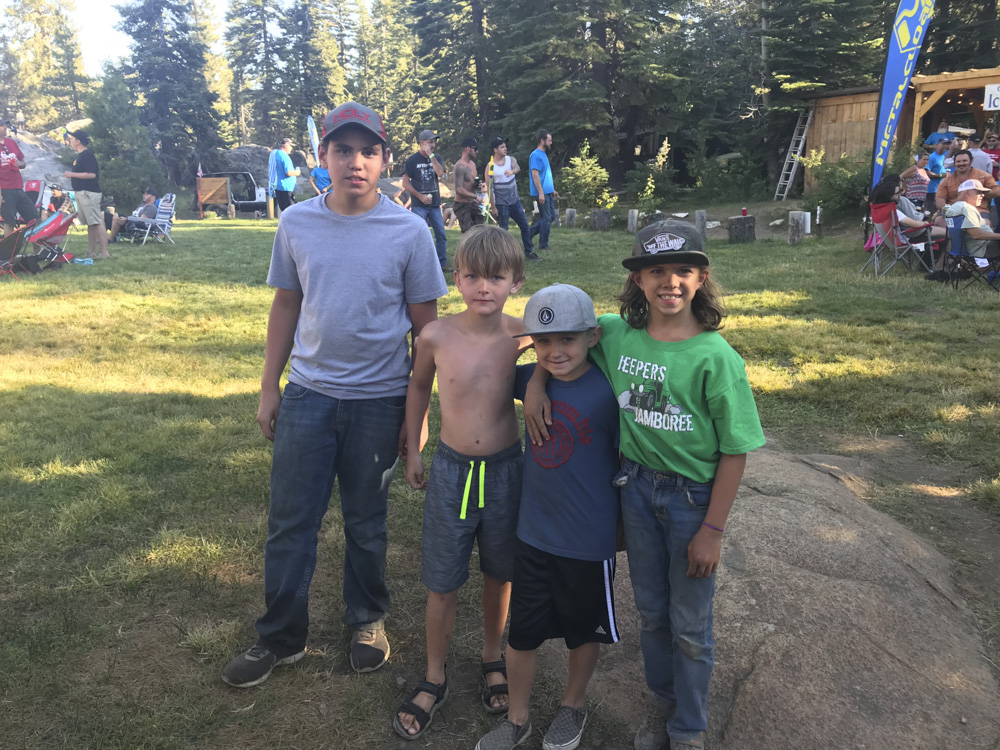 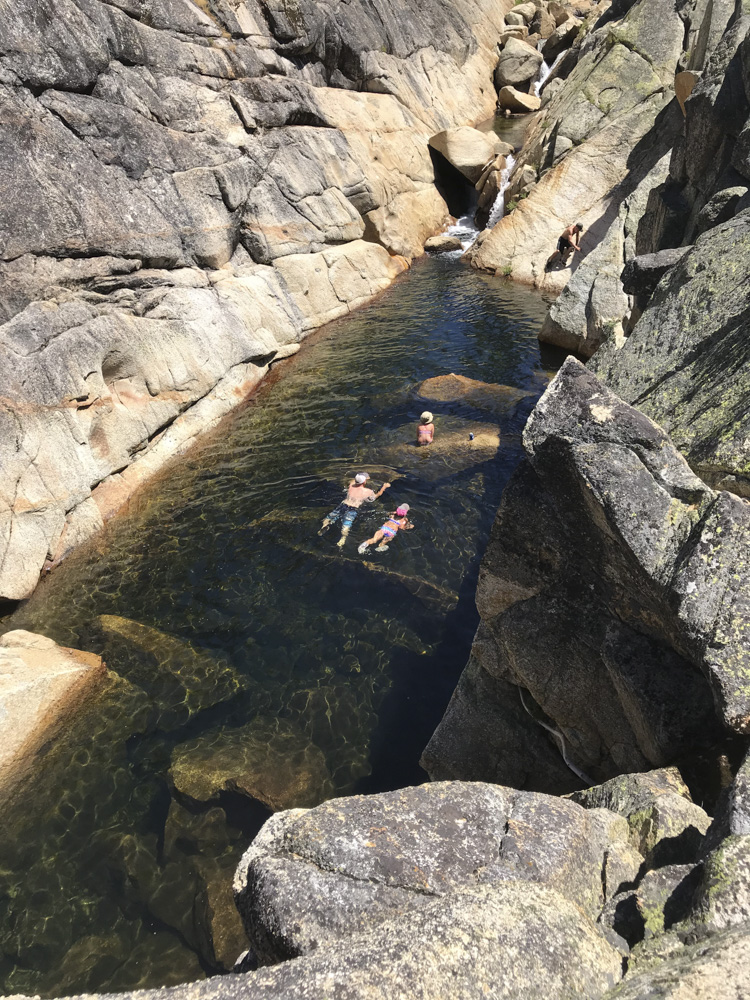 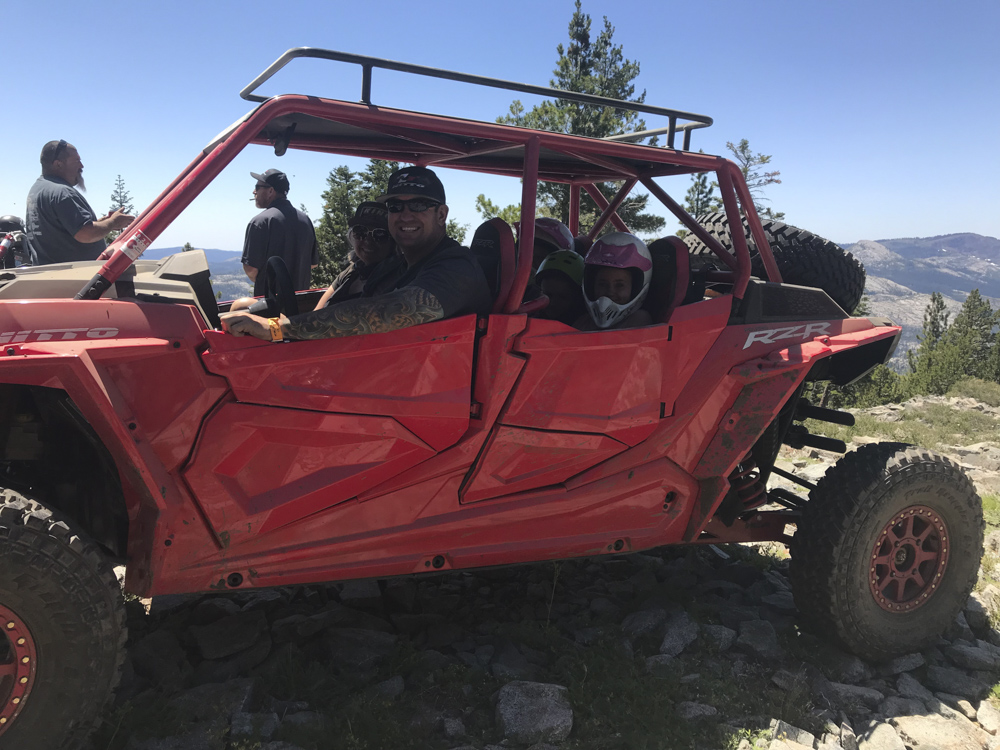 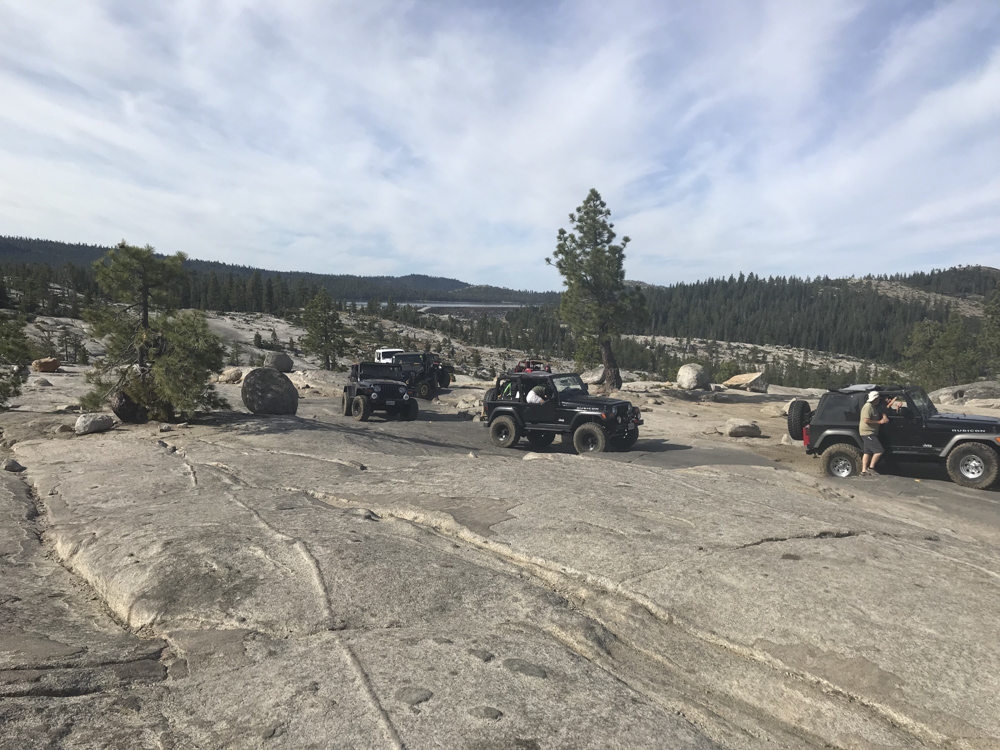