Story and photos by Brian Wildman and Levi Farish, @theoverlandessentials

An overlanding trip to the Grand Canyon with five families, coming from two states to begin the adventure took almost six months of planning. Levi Farish and Brian Wildman, owners of “the overland essentials” began plotting the course in early December.  There was some difficulty grinding out the routes, but when all was said and done.  Five families would partake of this journey.

After some discussion, the decision was made to all come together in one place for the start.  A date was set of 27 May, 2019 to meet at the BNB of Tony Wildman, father of Brian Wildman in Scottsdale, Arizona. One of the highlights was BETA testing the newly introduced GARMIN Overlander.  Other companies that supported the trip included CVT, RhinoRack, Overland Gear Guy, Dometic, and 4×4 Land.

Noon became the departure time, after spending the morning reorganizing the Jeeps. We headed North on I-17 towards Sedona. Making our way to the entrance to Schnebly Hill. We stopped to air down and get the trail started. Schnebly Hill is not a real technical trail, but did offer some rough terrain and some amazing views. As you venture further you begin to realize what you will be in store for. A while up the trail you come to a sign that lets you know no more camping beyond that point. Just before that sign there is a pretty steep climb you can make that will require 4WD. Taking that route is where we found our first camping site. Right along the cliff edge, with a one of a kind overlook of Sedona. As the sun set the lights from the beautiful town of Sedona began to take over the landscape. That evening there was a bit of wind, but the views were entirely worth it.

Dropping down a steep decline from our camping spot brought us back on to Schnebly Hill trail.  Once in Sedona, we kept the fun going and made our way to Broken Arrow Trail, a new trail for all of us.  This was a narrow trail that offered surprises at random turns, climbs, ledges, drops and off camber. The trail was fun, not heavily technical, but some experience helped. The trail makes a nice big loop to finish where we started. Many pictures later, we made our way back into Sedona for some exploration. Rally time was set for 5:30 and we parted ways to let families explore the area how they saw fit. The town was in no shortage of shops to visit, and places to get amazing food.

After we gathered everyone up, we started making our way on 89A North. Making our way past Slide Rock about twenty miles we ventured into our next camping site. Sites were big enough for two rigs to share so we paired up to save camp space. That night we stood outside in amazement of the night sky. There was no moon that night, and more stars than we had ever seen in our lifetime. So many stars that you couldn’t make out the constellations. Something we will never forget from this trip.

Slide Rock was our morning destination, a fee area operated by Arizona State Parks, Slide Rock is an old homestead in Oak Creek Canyon.  We parked and grabbed snacks and headed out on a walk.  Such a gorgeous area, full of light and encouraging fun.  Places to jump off the rocks in to the water and a few areas to water slide into the pools.  All natural, nothing manmade.  The water was crystal clear and cold.  We spent a few hours and headed north again.

Using I-17 and the famous Route 66, we enjoyed the road view and got more and more excited to be at the Grand Canyon. Getting to Road 348, we were looking for South Bass. 348 took us for about Twenty miles to Havasupia Indian Reservation, 348 is a washed out and water boarded road. We averaged about 15 miles an hour on that stretch. Once we reached the reservation we took a right onto Pasture Wash road. Followed that for a bit until we were off reservation land and in Grand Canyon NP. Followed that route until we came to a Y in the road. Taking the left lead to South Bass, which was already spoken for, so we backtracked a little ways to the Y and took the right. This route would take us down a narrow, heavy branch overhang, twisting road. Covered the whole time you felt that at any moment the trail was going to open up and then you would be face to face with the Grand Canyon. The trail did not disappoint; after passing several potential camping spots we chose to take it all the way to the end. The GARMIN told us we were enroute to Havasupia Point. Havasupia point offers you the gift of seeing the Grand Canyon from the East and to the West as far as your eye can see. We arrived just before sunset. Five sets of friends, four children and seven adults all sat in silence at the sunset wonder unraveling before our eyes. The sky has never revealed so many colors to us and we were given the chance to witness it firsthand.

After an early wake up to see the sun rise over the Grand Canyon we couldn’t help but sit and appreciate the company we were in. Friends that pride ourselves on calling one another family. What better place to reflect on what there is to be thankful for in this crazy time in our world. The sunrise was just as memorable as the sunset the night before. Once back in town we headed to the visitor center. We all took in the information about the Grand Canyon and how it was formed. The animal species that call it home, and the fact that we were there for the centennial celebration. After spending more money than we needed to on souvenirs we decided it was time for a quick lunch. While enjoying some cafe food we discussed Moab. William and Matt had never been, with only five hours distance, how could we pass it up? So we started making our way to Moab. The families split up for the night. Jon and William stayed in Monticello for the evening; the Farish family had a kid that was fighting an ear infection and decided on a hotel room in Moab. Brian, Kaylee and Matt headed through Moab to stay in a nifty little spot at the beginning of the trail that was to be tomorrow’s adventure.

We started at the beginning of Arches NP trail head, a trail that should be on everyone’s to-do list. Not a difficult trail, it is 27.2 miles of sand, ledges and good ol’ Moab slick rock. However, all 27 miles offer amazing views and scenery. Takes the better part of three hours to complete the trail. Mountains in the background, the Arches NP formations at every turn and over every hill climb. We stopped at Whale Arch for lunch, about 3/4 of the way through the trail. Wasn’t long before we were back on pavement and headed to take picture of Delicate Arch. Every year it is announced that the next year it might not be around. So getting a chance to see it for the first time for some, might be the last time they get to see it forever.

Jon headed home at the end of Day 5, William headed back this morning, leaving Matt, the Wildman and the Farish family to enjoy Mesa Verde NP, just a two hour drive from Moab. It was a bit of a drive up through the park, but the views made it worth it. Scenic overlooks and blue skies are hard to beat in the mountains. How a civilization, that long ago was able to create and build where and what they built is absolutely fascinating. Once we were done with the NP, Matt started his venture back to Oklahoma. The Farish family, and the Wildman’s started theirs back to Kansas.

The entire trip each family recorded more than 3000 miles and covered up to seven states. Many memories, laughs and moments of amazement. That is what we love so much about overlanding and its appeal. The ability to take a vehicle considered a daily driver and outfit it to put them through what we do. We are blessed to be working with some great companies that helped make this trip possible. We can’t wait for the next one. 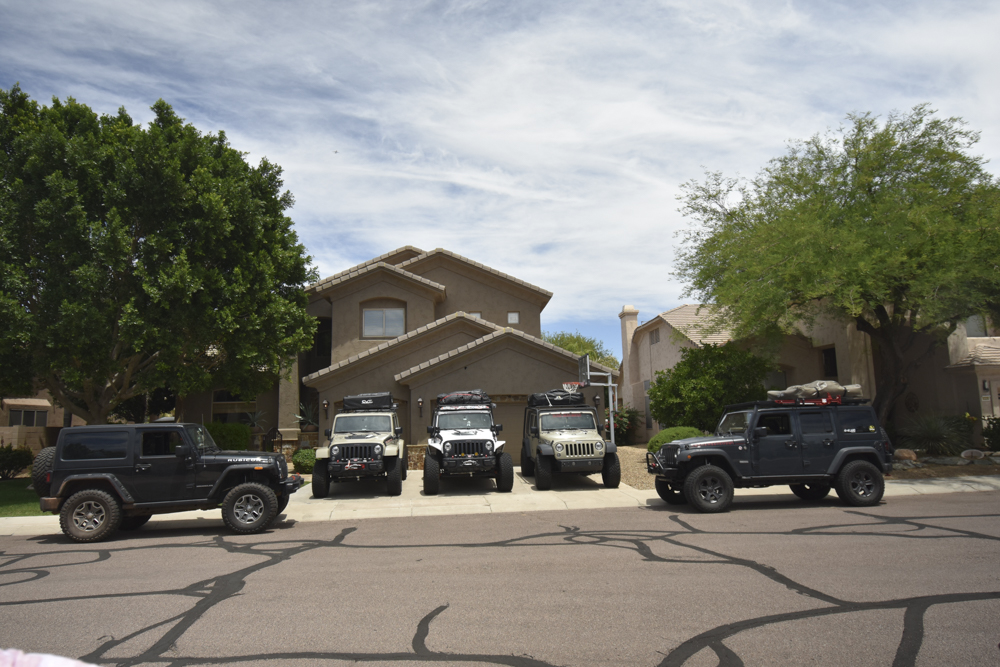 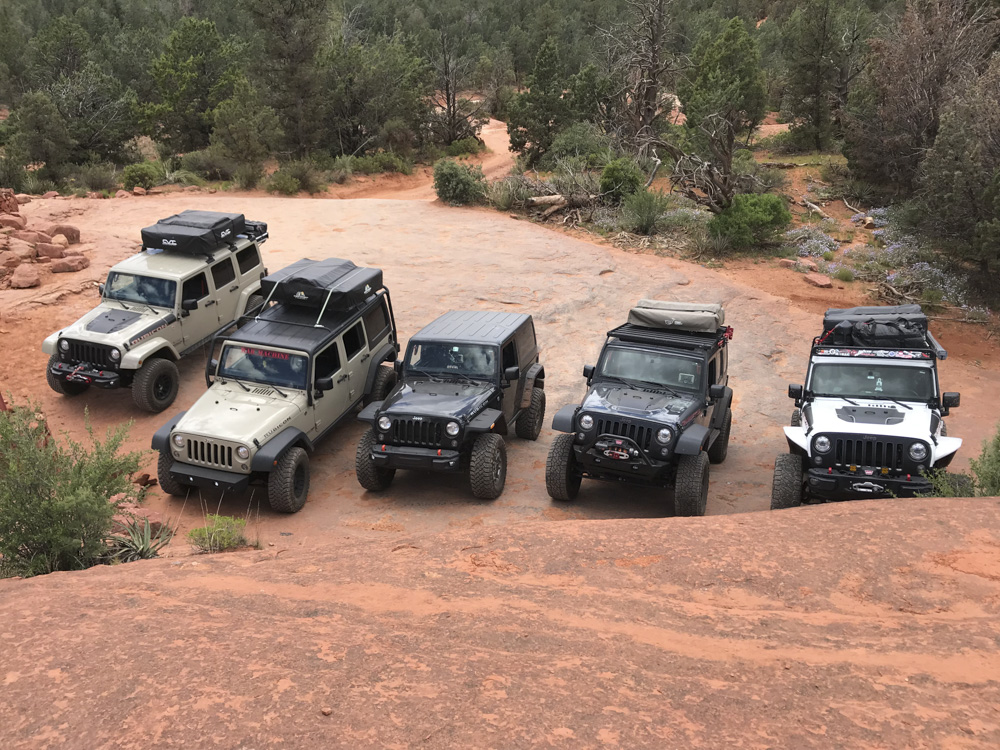 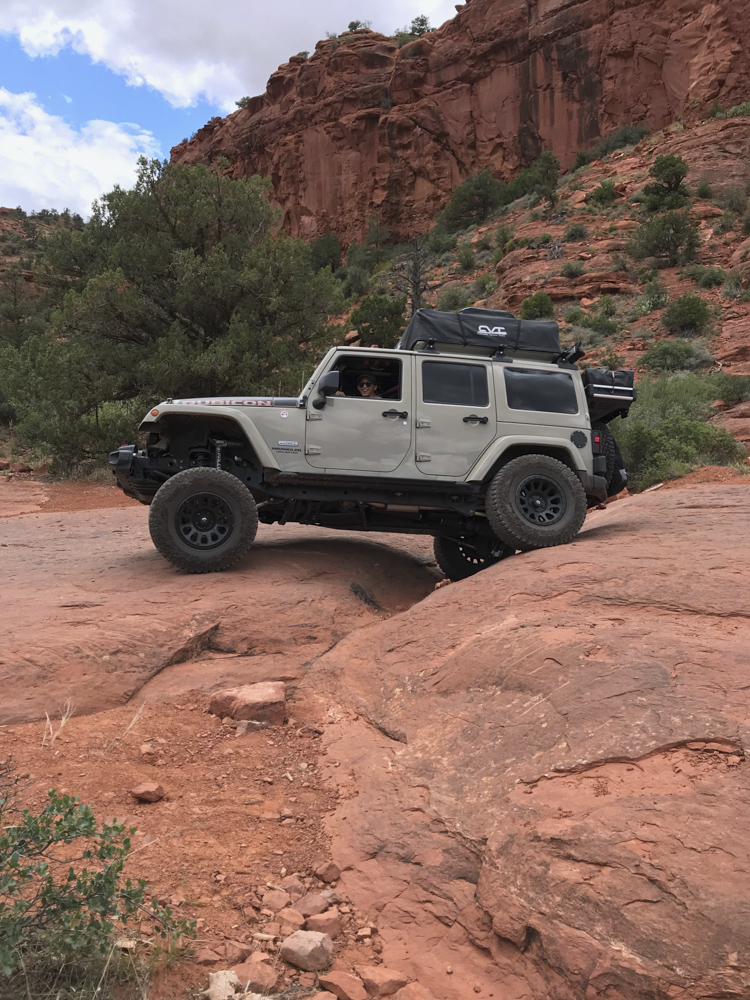 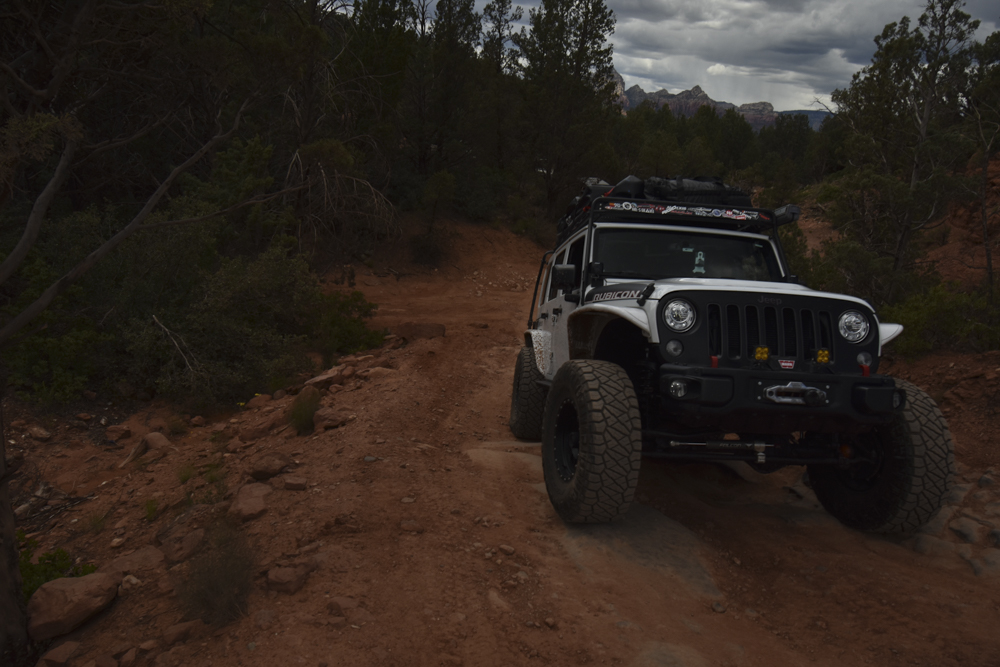 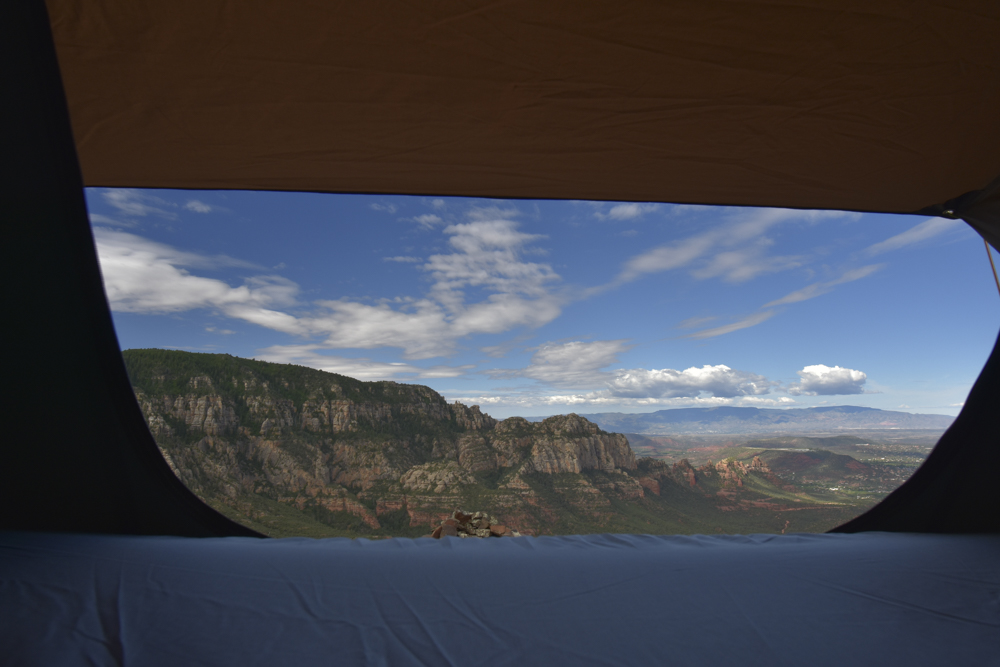 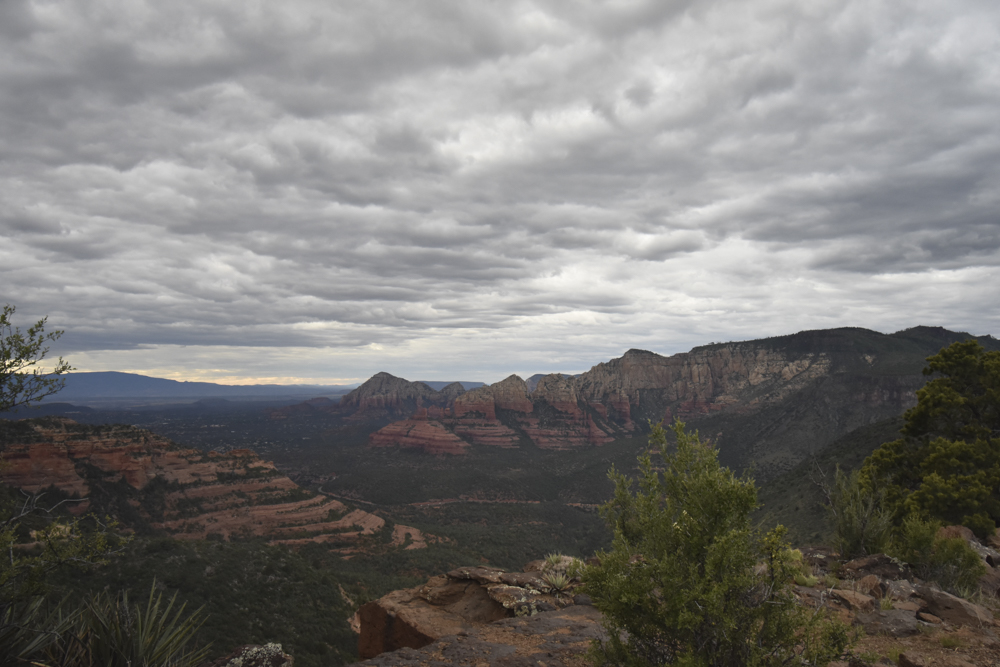 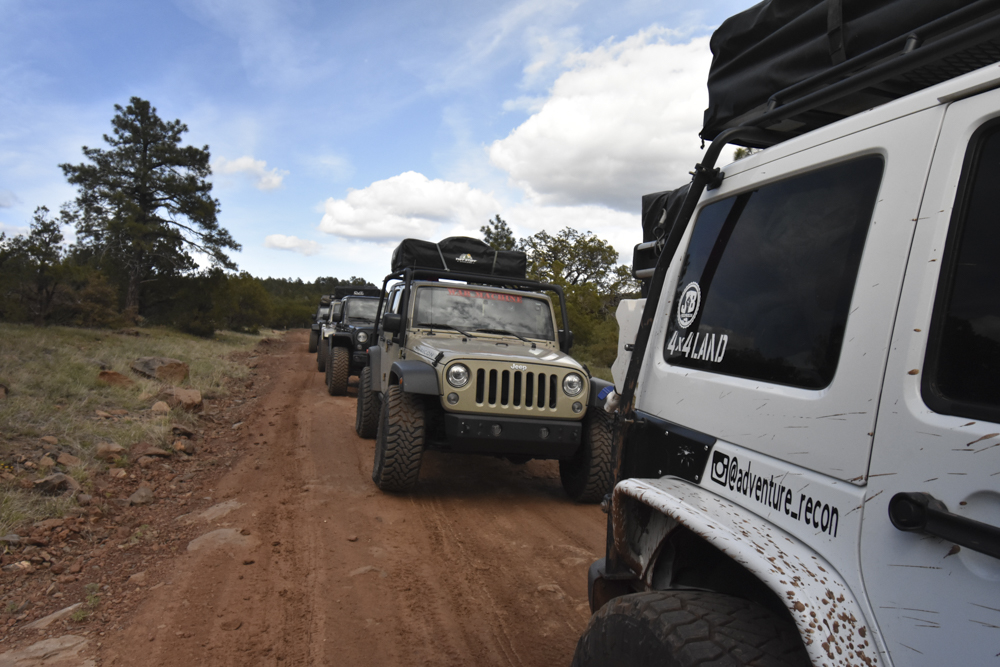