Photos and Story by Damon Hopper

For some people, 2020 has been a challenge, but for me, it is a year that I will forever remember as one of the best. My adventure started in 2016, when I purchased my first serious buggy, a Twisted Customs Rig. In 2018, I decided to campaign in W.E.Rock Sportsman Class A. After winning the East Coast Series and finishing nationals; I thought my competition days were over.

That is until I heard that the winning buggy from the first-ever King of the Hammers was for sale. I just couldn’t turn down the opportunity to buy this amazing piece of history. One thing leads to the next, and before I know it, we are set to bring the car out of retirement and race in the 4400 class at KOH in Johnson Valley. The experience was incredible, even though a couple of mechanical problems caused us to not finish the race. I wouldn’t have changed a thing, and undoubtedly it was an experience of a lifetime. I thought the end of the KOH 2020 race was the end of the adventure, and the car was sent to the Off-road Motorsports Hall of Fame display in Primm, Nevada. Life was back to normal, or so I thought, I get a call from a friend saying that some of the former King of the Hammers winners were getting together for a trail ride. John Reynolds, the Original King, was considering attending. My friend was wondering if I might like to retrieve the car from the ORMHOF display and be a passenger in the car to allow JR the opportunity to drive his rig once again in memory of his KOH legacy.

J.R. and I had been friends on Facebook, and I had learned a lot from him while getting the car ready for the 2020 KOH race. He had supported me with advice and encouragement, but I had never actually met him. He had taken the time to help me, even though I was the third owner of the car. I jumped at the opportunity to meet him in person, be a passenger in his original rig, and watch one of the best drivers in history work his magic.

We met in Johnson Valley and talked about what the car needed to get ready to play on the rocks. We clicked right from the start. From that point on, it was all about the car and what needed to get done to make it drive well. We had a power steering pump issue right after we got the shocks dialed in, but no worries. We got busy and spent two hours getting the pump replaced and bled. Nothing was stopping us from the trail ride the next day, NOTHING.

The final morning went off without a hitch, and I got to see my car do what I always heard it could do. The old Bronco based buggy was a mountain goat with JR at the wheel. This man was so focused on the rocks; he hasn’t lost his touch. It was different being a co-dawg, but I knew it was where I needed to be, and I felt good in that role, I even helped spot and called a few lines. I needed that co-dawg seat time to see what the car is capable of. I know I will never be able to push that car like JR, but as for now, when I get it back home, I will push it harder than ever before. I’ve heard it said that “no one can drive that car like JR,” and I agree, but I can say that I saw it in person and learned so much. It was a true honor being part of the unevent with five of the seven Kings there, thanks to the teams who helped us “tool wise” to make changes and repairs on short notice.  Thank you, JR, for two days I will never forget and one of the greatest trail rides of all time. 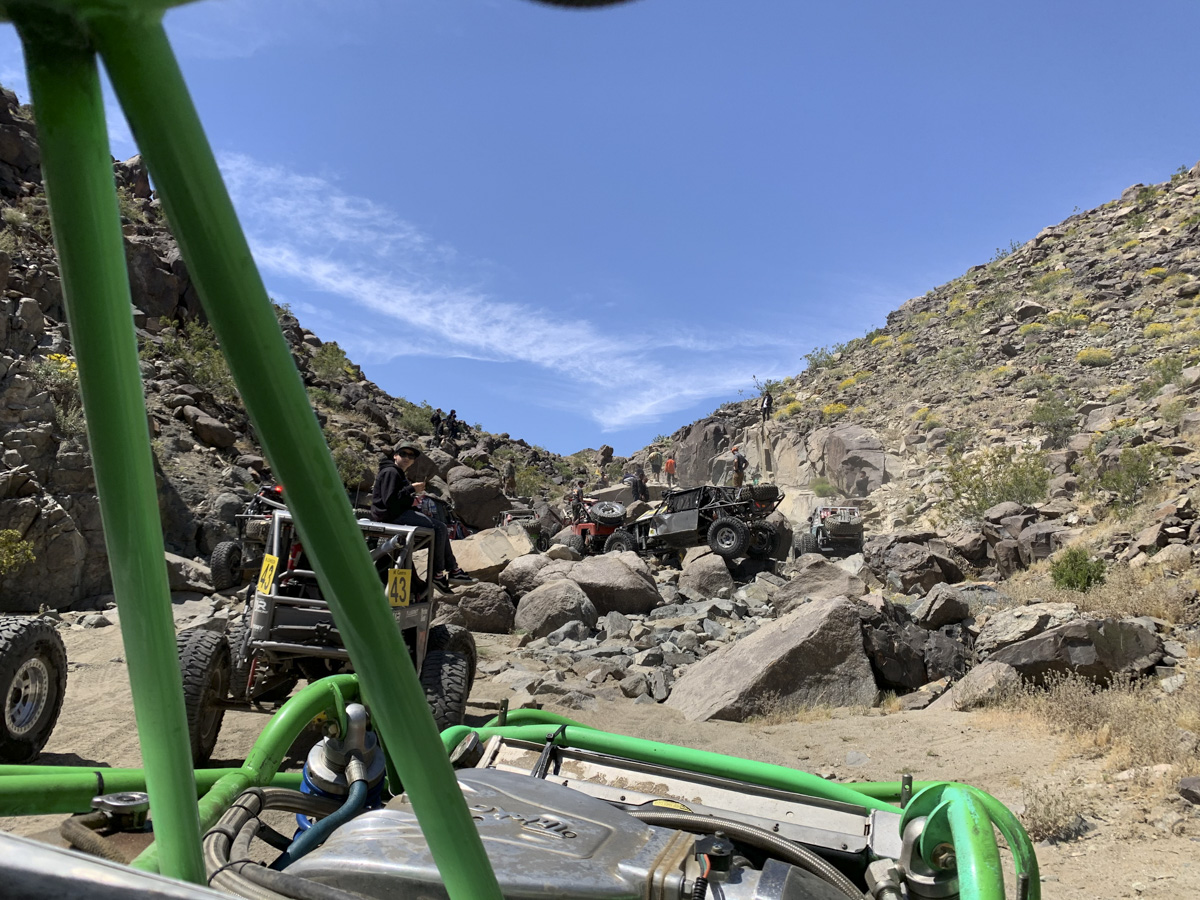 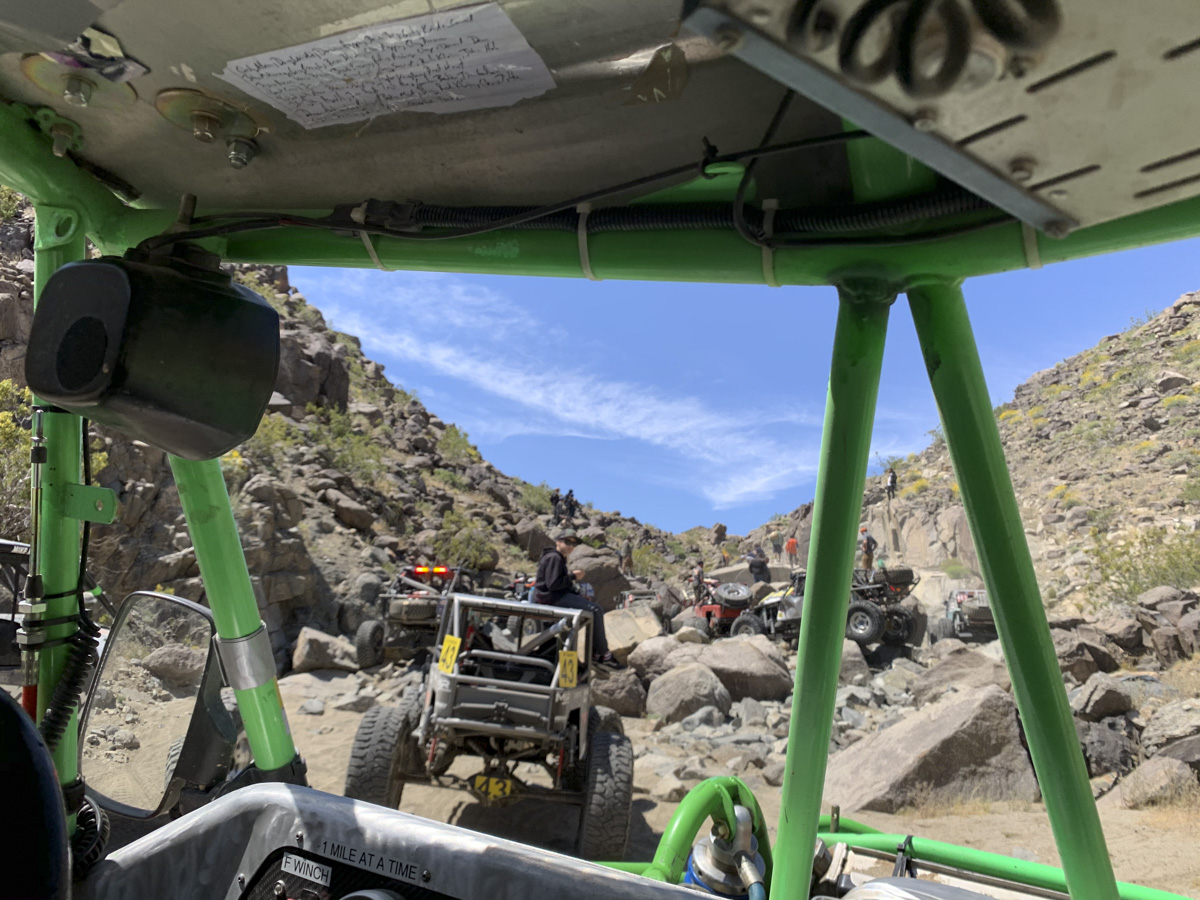 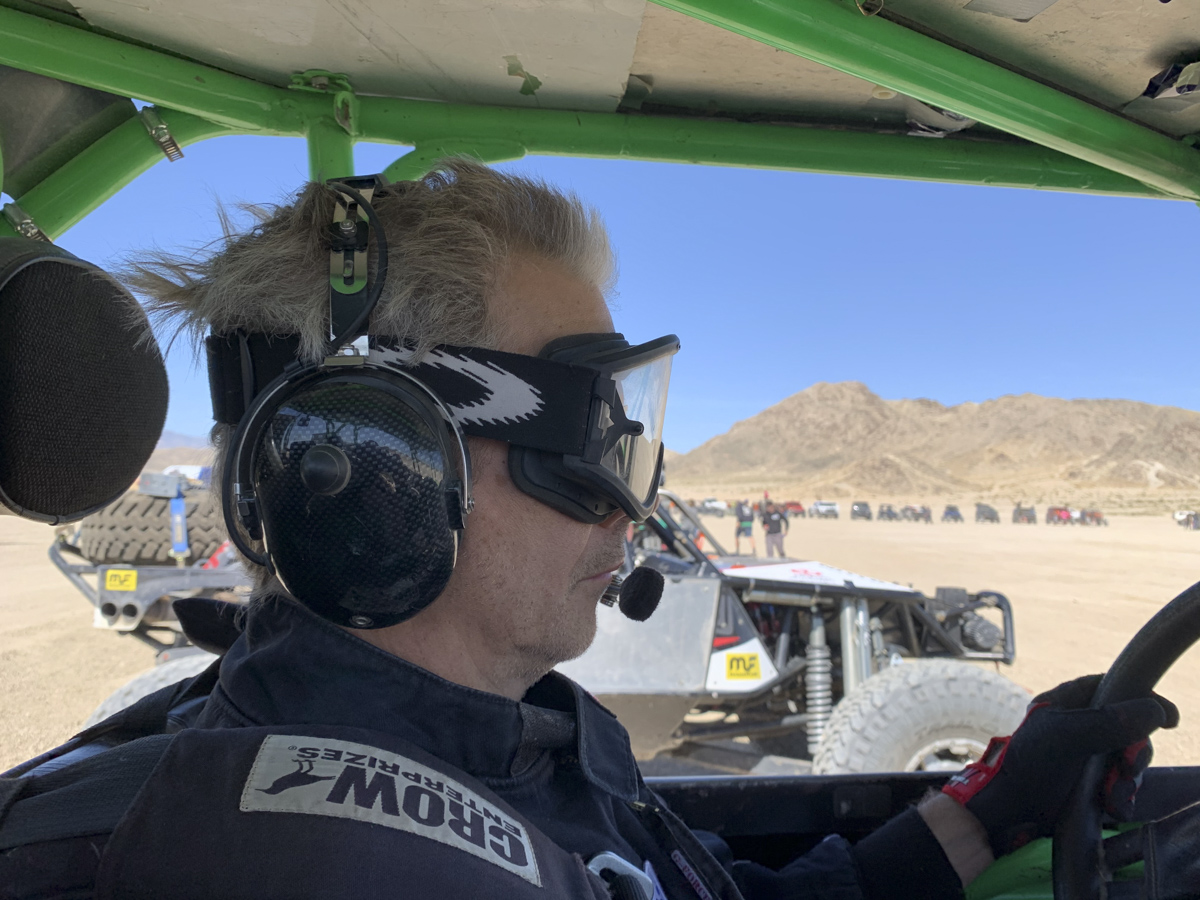 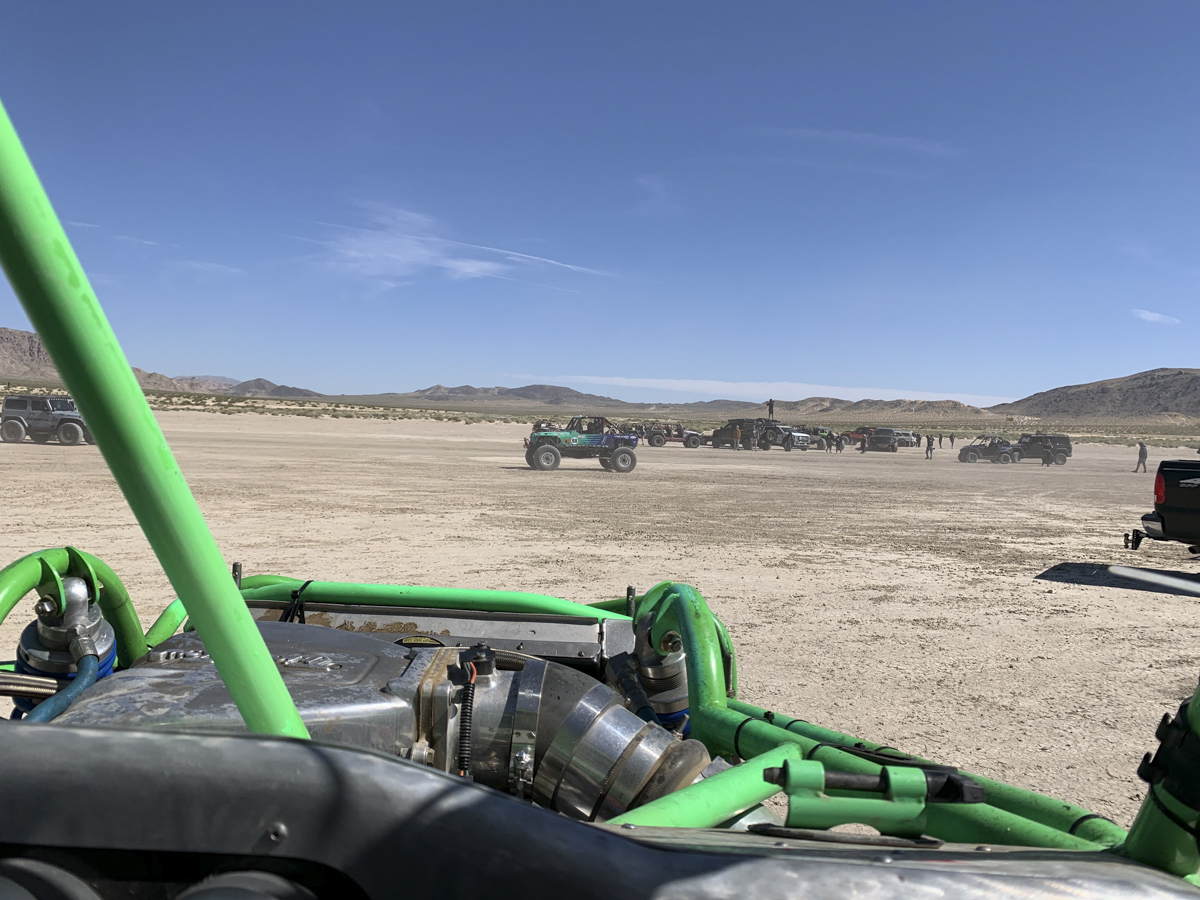 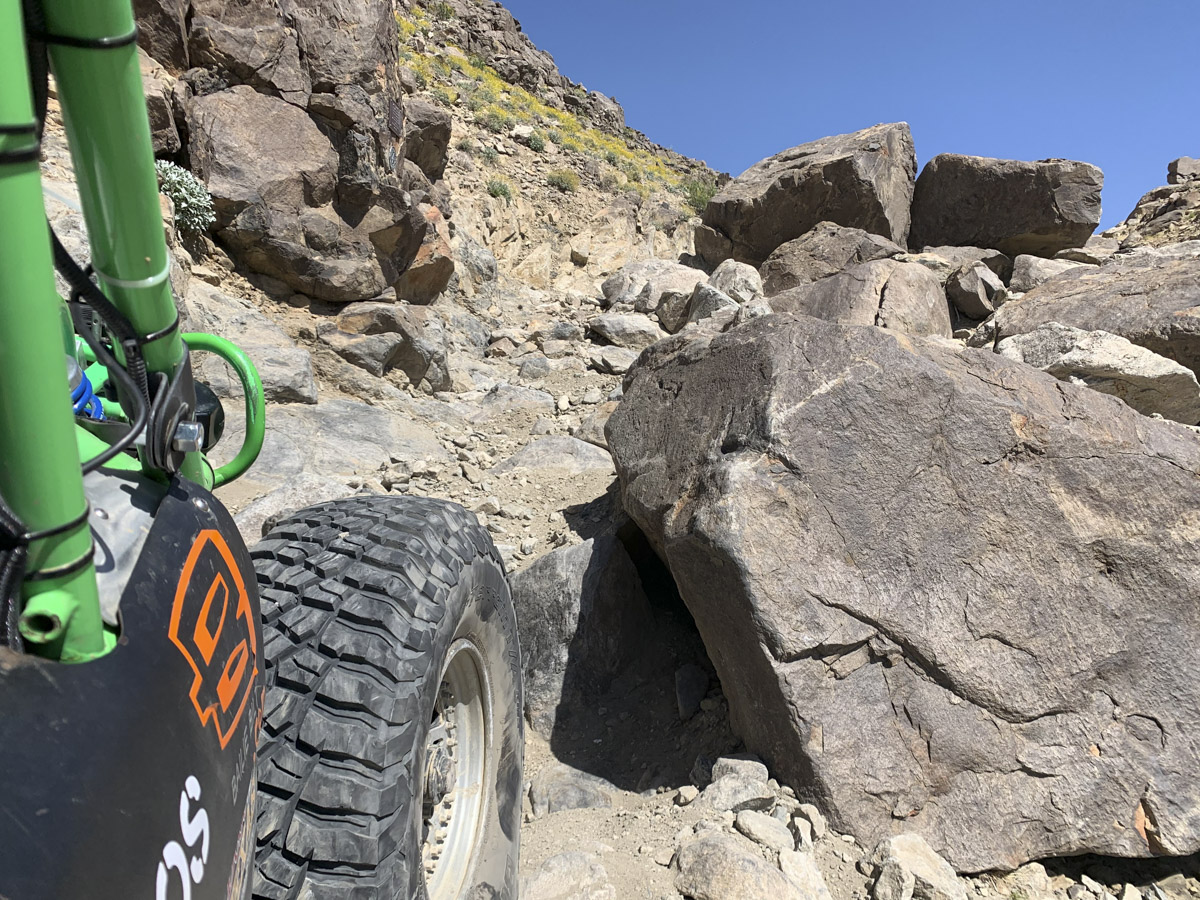 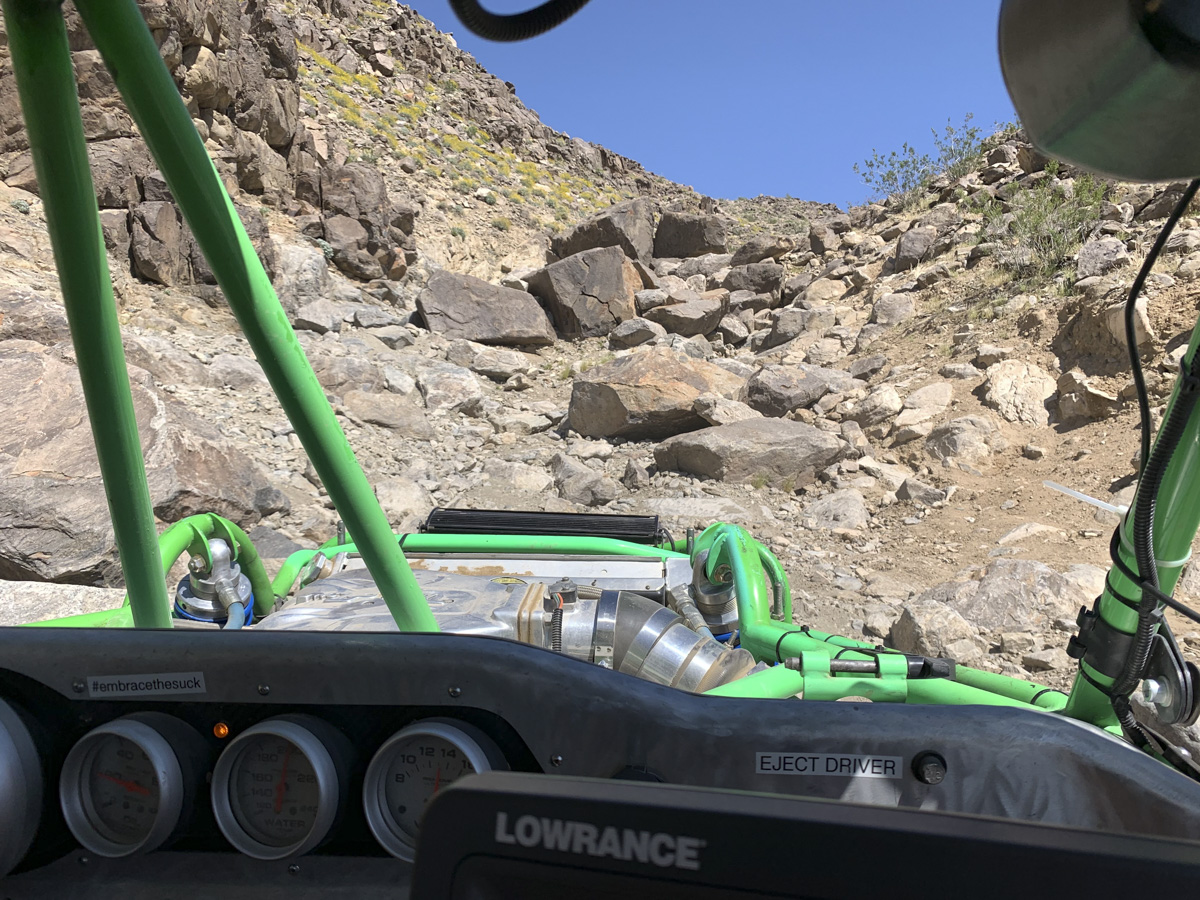