It all started with an email from our tech editor, Tim Lund, “hey Rich, have you seen this new UTV called the Mahindra Roxor ?”

I had heard some rumors and whispers, so we did some research and made contact with the company and their marketing team. We had a great meeting at SEMA, which included a scheduled trail/test ride in Northern Nevada during January.

The day finally was upon us, the timing worked out well as we just had to make a quick trip from Placerville, California to Gardnerville, Nevada. The day was clear and sunny, the air crisp and clean, the trail had everything that we could ask for when testing a vehicle, dry washes, wet washes, steep wet hill climbs and drops, flat straightaways and cobbled and potholed roads.

Our host was Eric Anderson who lives in the area, and is the national media representative for the Roxor brand.

We arrived at the trail head to unload the Roxor and Eric unloads a pretty, clean unit for our testing. We discuss what we at 4Low are looking to accomplish as well as getting the back story on the relationship between Mahindra and Jeep, which started in 1946. We learned more about some of the Roxor builds that were in progress by others, like Jesse Haines building one to race at King of the Hammers, and Ned Bacon’s build to race a Roxor in Baja.

We signed waivers, walked through the basics of the Roxor operational details, fitted helmets, dressed warmly, belted in and affixed the window nets and took to the test drive.

I will say that I was surprised at how torquey the Roxor was out of the hole. The engine is a 2.5L 4cly 4 stroke diesel that produces 144 ft lbs of torque at 1400-2200rpm. It comes with a 5 speed manual transmission, 2 speed transfer case, 31” tires, full float front end, semi float rear end and 3.73:1 gear ratio. It’s not a speed demon, with a limited top speed of 45 mph (we have heard that bypassing the governor will get you about 80 mph).

The Roxor comes with a wheel base of 96” and track width of 62”, which seems narrow, but with a low center of gravity the Roxor handled the test drive trail very well. Our test model had electric lockers, which engaged and disengaged easily. Shifting from high range to low range was as expected and the same as with most every 4×4 vehicle I’ve driven. The ride was actually more pleasant than I expected from the leaf sprung vehicle, I’ve owned old flat fenders, CJ 5’s, driven a lot CJ 7’s that rode much worse.

We tested the hill climbing ability from a muddy and sloppy turn out of a wash to a very steep and rough, rutted and again wet 2 track, the Roxor made easy work of the climb up and using low gear on the descent, took all the expected uncontrolled behavior out of the ride. We found some very sloppy muddy and rutted routes on the test drive, again, the Roxor handled it all with ease. We opened the pretty red Roxor up and let her sing at the top speed of 45 mph while on a flat and bumpy section of road, the vehicle handled it nicely. Braking is always an important feature in any vehicle, while we did not do any measured stopping tests, I can stay that it stopped much better than my current daily driver.

Overall we were very impressed with the performance the Roxor delivered. Is it a rip roaring alternative to a regular sport UTV? No, but it’s also not meant to be. It has a tow capacity of 3490 lbs., which makes it standout against those same sport UTVs. At the base price around $17,000, the Roxor would be my first choice as a working rig on a ranch or farm, as a hunting rig, or as an easy to moderate trail rig. It’s not belt driven, it’s a car in all but classification. It’s a vehicle you’re not going to break easily, like all others in its class. It’s peppy to drive, capable to wheel and fun to cruise.

The only draw-back for me, personally, and again it’s just because of my body type (big), the fit sitting behind the steering wheel is tight, but so is every UTV and factory off road vehicle I’ve driven.

Our findings and overall impression of the Roxor were great. It will be easy to recommend this vehicle to anyone looking for a workhorse UTV that doubles as a trail rig. 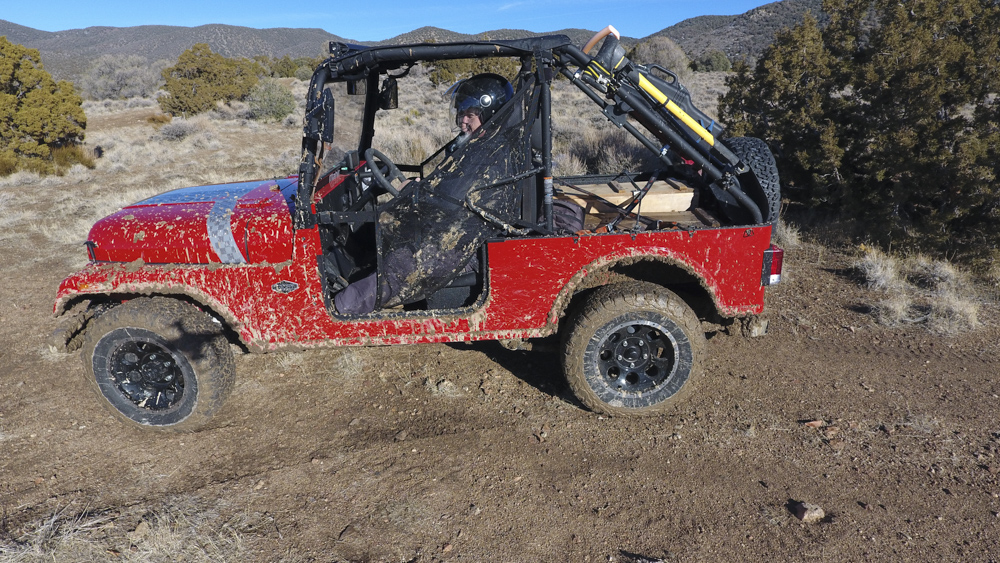 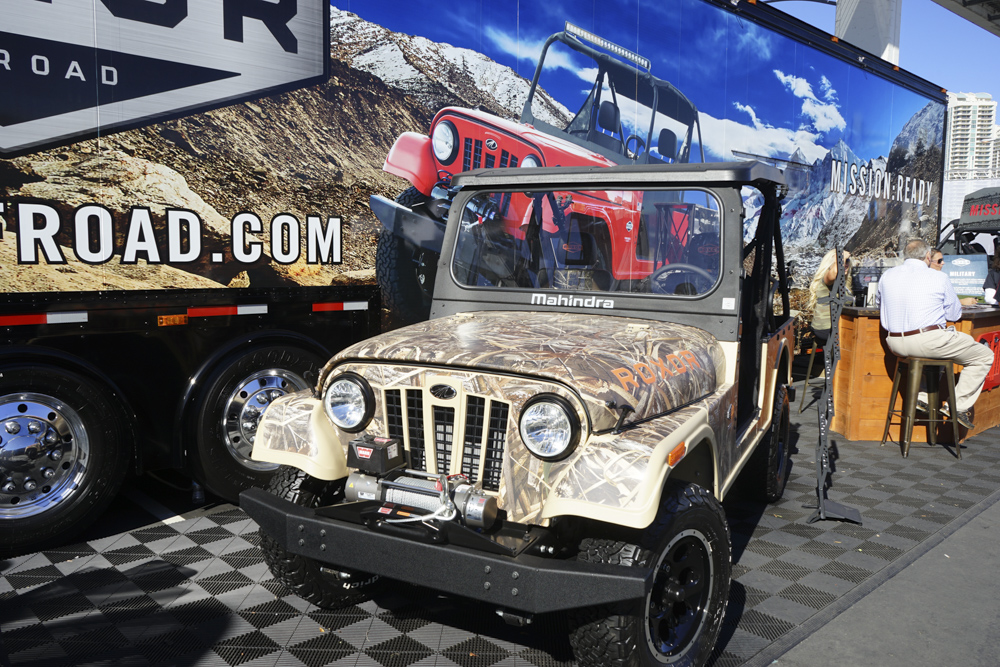 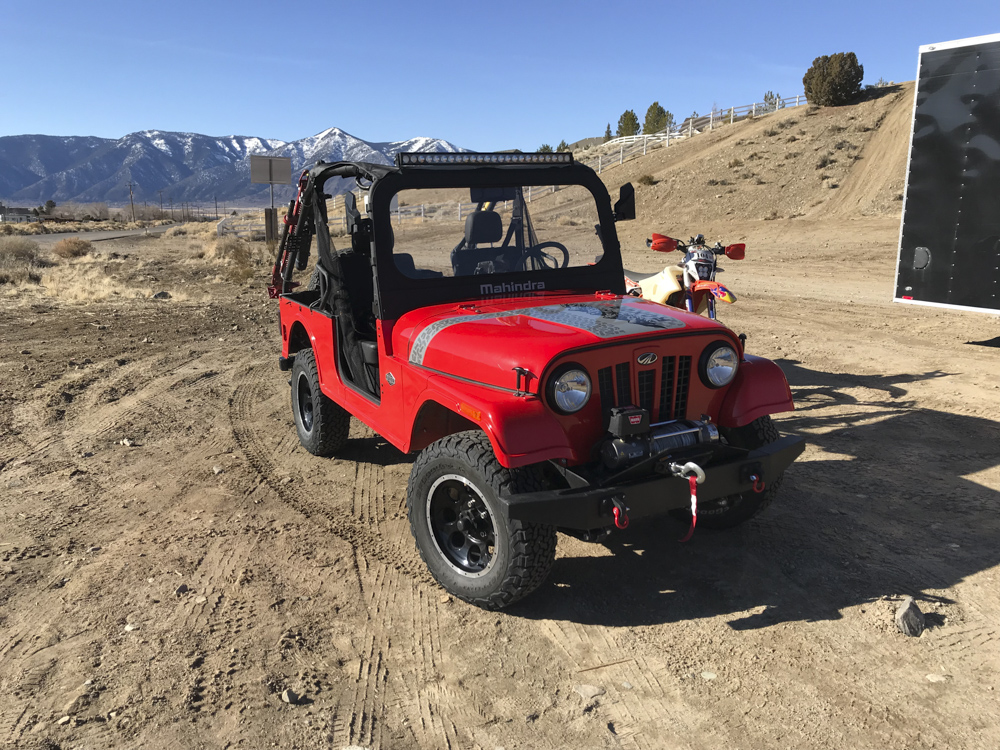 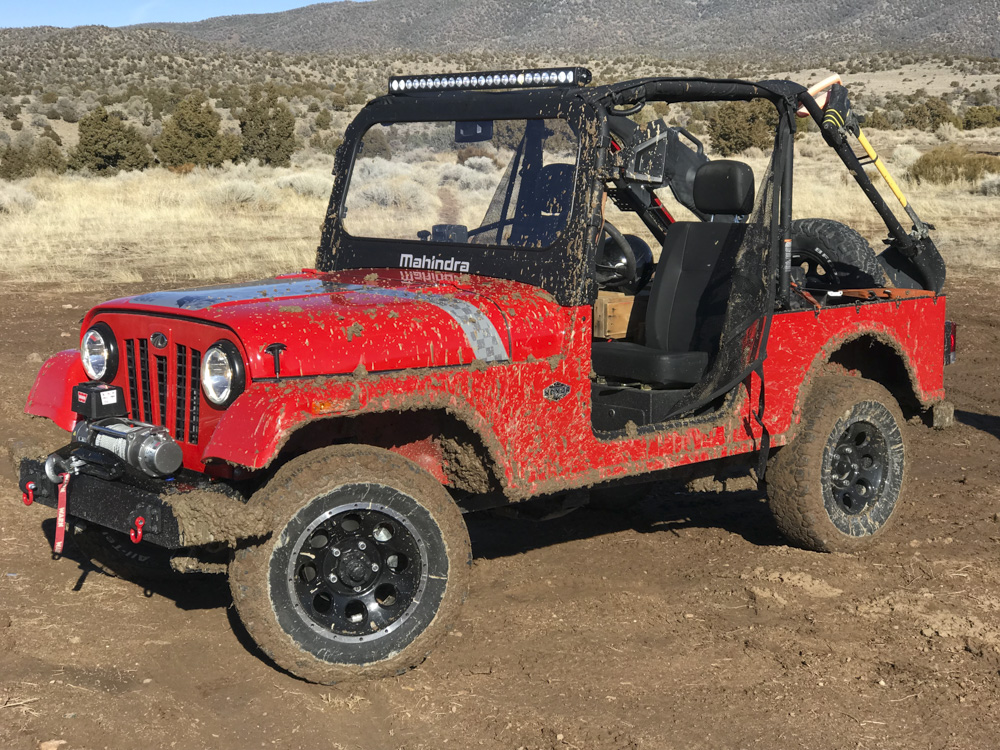