On the Big Island of Hawaii, most of the land open for wheeling is owned by the State (156,000 acres), and by Kamehameha Schools (297,000 acres). The only Federal Land is Hawaii Volcanoes National Park (323,200 acres) which doesn’t allow off-roading, just like most mainland parks.

What was interesting is that most of the closures are due to developers purchasing land for housing/resort developments (and there are a lot of BIG private land owners). The five main off-roading areas on the Big Island are mostly open areas that are not highly regulated like we experience here on the Mainland.  I asked a few of the club members if they had any challenges in keeping land open for off-roading. The answer was “no – not really”. There were a couple of contentious areas that were sensitive from the Indigenous Peoples perspective, which is totally understandable when it comes to ancient historical areas.

I was stunned. Really? I had to ask myself, there are Western States looking to take back Federal Lands and put them under State control (Idaho, Nevada, and Utah), would we enjoy the same relaxed type of use? Keep in mind the Big Island’s population just topped 200K.

I like the idea, in theory, of returning Federal Lands back to the States. I do! But with the natural resources available in the above-mentioned States, I’m a bit worried that our Elected Officials would get greedy and start selling everything off and closing off-road access anyway.

The trails led us to the beaches, yes, beaches, within a short walk right to the beautiful turquoise waters, occasionally we’d come across secluded bays lined with trees and camping spots.

Off roading in Hawaii has a different flair than on the Mainland, but with the view and vistas, it completely makes up for it. Plenty of challenges with ruts, ravines, moguls and gully washers to keep your attention and challenge your vehicle, but not enough to distract you from where you really are…off roading in Hawaii!

What really caught our attention was one of the Big Island Jeep Club members, Bala telling us about a program they had on a retired cattle ranch on the West side of the island. He encouraged us to come and plant a tree. It wasn’t free, but how often do you get the opportunity to help reforest an entire mountainside of the Hawaiian Island?

On our last day on the Island we headed up to plant our trees – to leave our our mark on the Big Island and contribute to the project. We arrived at the entrance gate, were greeted and led through the gate to the main Office, where we signed up to plant our tree. We received an RFID chip assigned to our name and each of us selected our Royal Koa seedling. We loaded up in a Pinzgauer and headed off to the “Forest”. We were treated to quite the wheeling trip up the mountainside to the most amazing vista. We unloaded the trees and our guides selected the spots where we could plant them. Kindly they dug the holes for us and one by one, we planted our trees.

The project is a one of a kind, reforestation of former deforested grazing land. It also happens to include an investment side where you can purchase your contribution of 100 trees (your own forest) that will be harvested and sold. The first harvest, at five years, is a thinning project, the second harvest, and all additional harvests, the wood is harvested and sold (Royal Koa) with the profits shared among the investors.

Royal Koa Trees are a bit picky in where they grow and flourish with little maintenance, and this Mountain was perfect.

What a novel idea! We were so amazed at the genius of the project! Again, the innovation of being able to reforest an area that was thinned solely for the purpose of cattle ranching (not an issue for us BTW), once retired, is being reforested by individual investors, and everyone can reap the benefits of bringing that land back into productivity.

What gave me food for thought was maybe a true public/private partnership is what is needed to save our access to public lands. We had that for a while, but the Big Enviro groups (NGO’s) have gained too much traction on the mainland.

The funny thing, in the little village we stayed at in Papa‘aloa, there was a small flyer on the grocery store bulletin board asking for people to join the Sierra Club to help save the Environment in Hawaii. You know the kind, it had all the little pull off tabs on the bottom and looked like it had been there for a while, there were only two that had been removed.

It’s a good sign and gave me hope for the future. 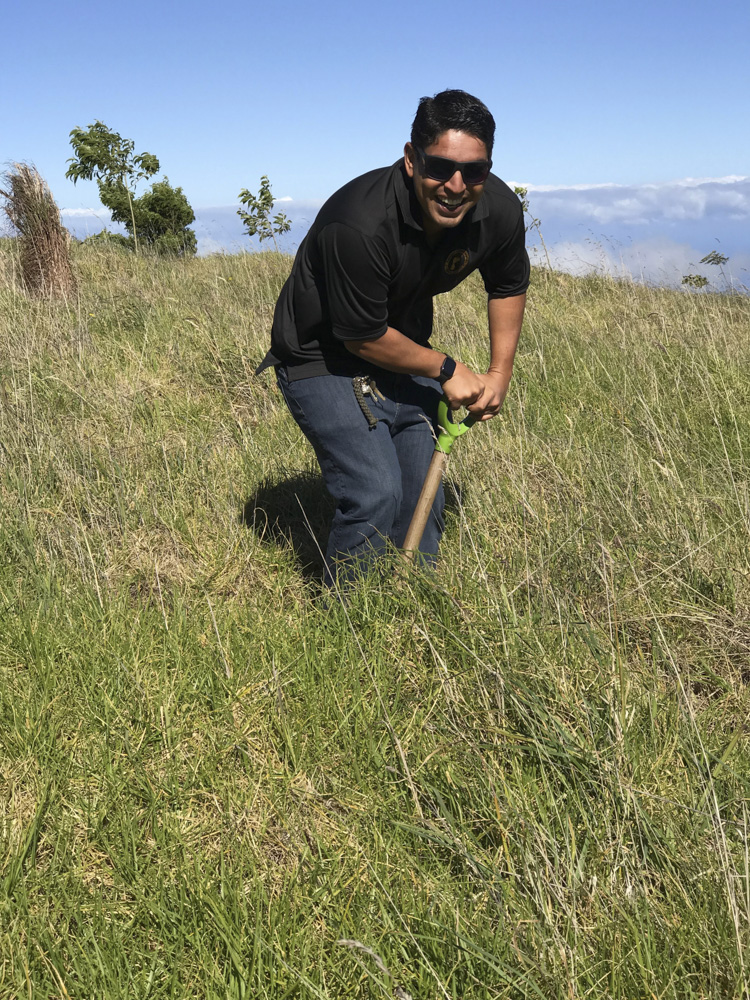 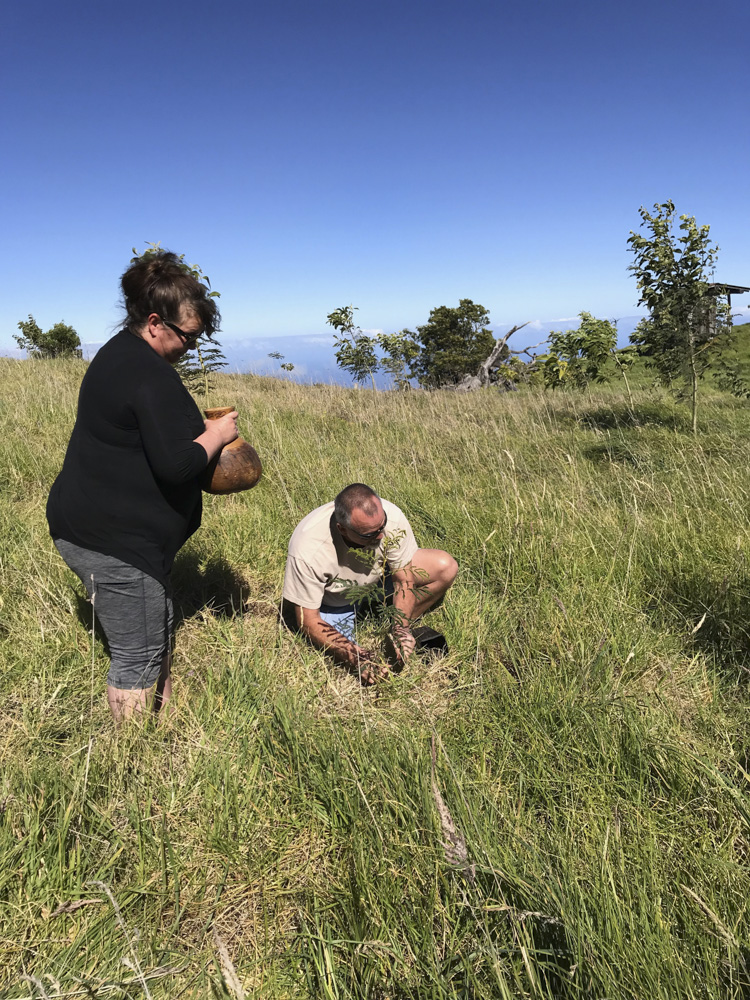 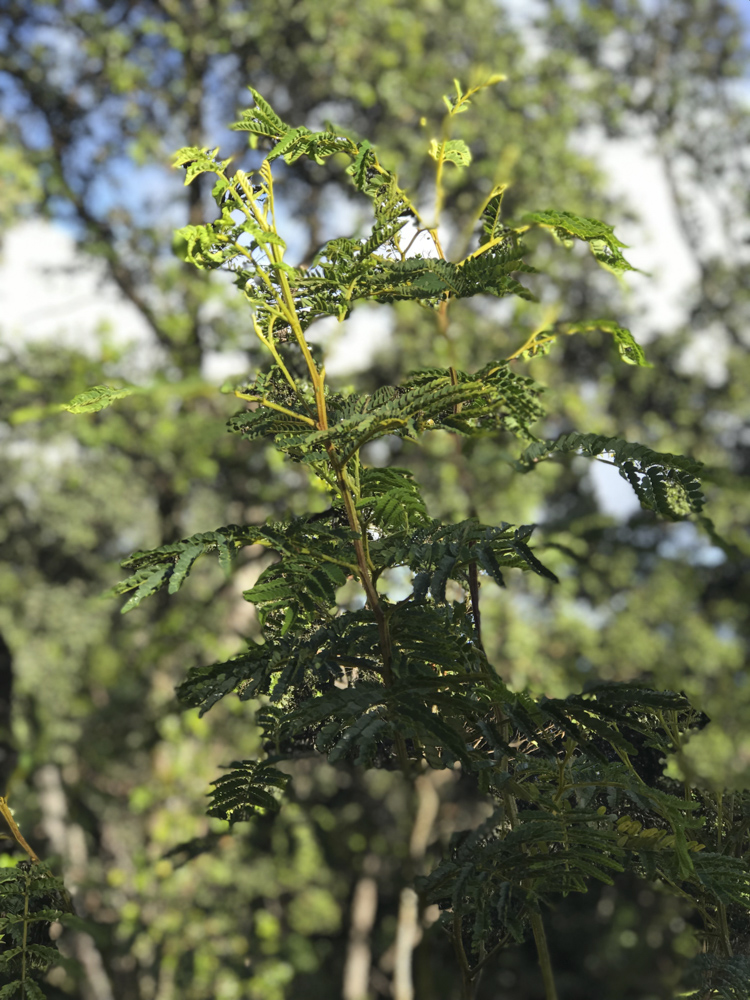