If you’ve been wheeling in Texas, you’ve made the trek to K2, and if you’re old school, you might have been around for, what is lovingly referred to as K1, the old Katemcy Rocks.  But how does a rockcrawling park come into existence?  In the case of K1, it took a little time.

Katemcy Rocks was located in Mason County, Texas, in the small burg of Katemcy, not really a town, but an area.  The rocks had been leased for years by the Kruse family as part of their ranching operation.  It was good for cattle and was across the road from the family property.  More a matter of convenience than anything.

Around New Year’s 2000, Shain Chapman had moved to town and started a law practice, he and Randy Kruse ended up at the same party and got to talking like Jeep owners do.  “You’re the guy that drives that blue CJ7?” – yep, that’s how the conversation started, and you know how it continued, the same as most four wheel drive conversations do, gears, tires, lifts, etc.

Randy and Shain ran in to each other again around Easter, and Shain suggested they go to Moab for Easter Jeep.  It was the first Randy had heard of it and after it being explained, he declined and suggested they get together in Katemcy first. So out they went, after unloading, Shain managed to turn over his CJ5 within minutes. That was the start of the Aggie Highway trail. A few weeks later, they invited some local friends out and wheeled the property again, christening the Waterfall.

A few more times over the summer they got together and wheeled and Shain asked if he could invite some friends from the Sherman and DFW areas down. One of the guys that came down was the president of the DFW 4-wheel drive club, who suggested they open the area up.  Randy hesitated and the guy told him he’d like to bring his whole club, and they’d pay him.  Well, that got his attention.  Together, around the campfire, they all set prices and stipulations, the same rules used today at K2.  Around the first of February in 2001, they opened Katemcy Rocks.

Originally at K1, it was mostly stock based rigs on 35’s or smaller, there were a few trucks, but it was smaller rigs, but it was a different time too.  “Mr. Hays owned the property and supported what we were doing, as long as we were improving the property, his only rule was that we not haul it off. There was a lot of mining of the pink granite at the time, and he didn’t want the granite mined.”  In 2008, Mr. Hays died and the property passed to his son.  The son came down and took a look and had a lawyer advising him, they opted to cancel the lease on renewal. So at the end of 2008, K1 closed.

The hunt was on for a new property, the partners looked in Sweetwater and at some property in Llano County, even some by Enchanted Rock, but ultimately wanted to stay in Mason County to support their community.  Randy got invited to the K2 property by his friend and former roommate, Wayne Carl Hoffman. Going in, they knew more of what they wanted. A level campground, a place for cabins, a way to contain the people at night, and they found awesome rocks as well. The wheeling at K2 is a lot more challenging than the wheeling at K1, K1 was the easiest path through the hardest rocks, once you got on top, it was really pretty flat.  K2 is a lot more broken up, a lot more boulders. “K2 is really a tougher, better place.”

For nostalgic reasons, K1 will always hold a special place in the hearts of the wheelers who were there. For better wheeling, K2 is the place.  Like most things in Texas, nothing really dies, the rockcrawling lives on. 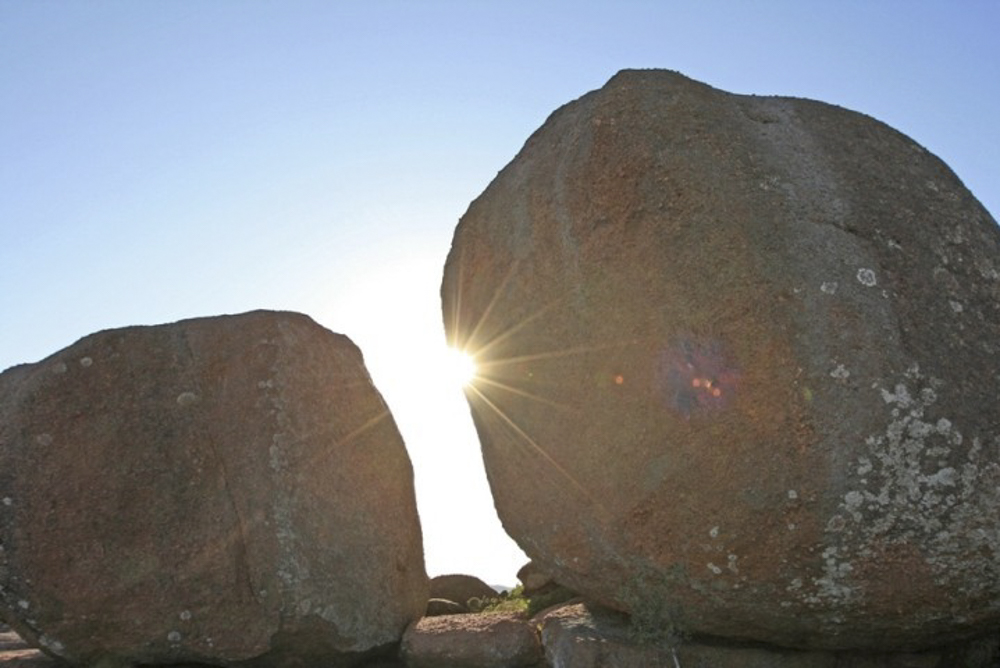