Photos and story by the staff of 4Low Magazine

The world of smoked meats is a mystery.  Secrets abound, competition is fierce and a friend is only as close as the next competitor.  It’s a cutthroat world in the barbeque business.  In the Midwest on every corner you will find a barbeque joint, with different styles and cuts of meat, it’s hard to know what’s the best.  There are St Louis Ribs and Kansas City Ribs, Texas BBQ and Memphis style.  Every region boasts top honors, depending on who you ask.

For most men, it’s not what the restaurants are serving up that matter, it’s the backyard bbq that matters, that’s where they display their chops (literally and figuratively.)

Let’s start with the grill.  There are a variety of smokers, a lot are home built, welded iron that cooks meat to perfection, there is a way to control the temperature and a way to control airflow.  Both are important to smoking meats.  Airflow not only feeds your fire, by allowing air in, oxygen to fuel the fire, but it also creates the smoke that truly is part of this process.  So you let air in, and you let air out.  There must be an outlet for the smoke to continue its journey.  If not, you end up with creosote, that nasty black stuff that builds up and makes your meat taste chemically.

Airflow also helps you to control your flame and therefore your temperature.  Smoked meats are cooked low and slow intentionally.  If your plan is to feed people in a few hours, get out the grill, not the smoker, you won’t be done in time.  225 degrees is about as high as you want your temperature to be, and that’s going to take a long time to get your meat done.  The awesome part about that is that you can use lesser cuts of meat.  No filet mignon needed to smoke meats, you get to use the cheap cuts because you got nothin’ but time.  What’s that saying about buying stuff?  You can’t get anything fast, cheap and great, but you can have two of the three…the same applies with good barbecue.

If you are using a store bought smoker, perhaps a Traeger, you won’t go wrong, you’re just going to be using a different wood typically.  Wood matters.  You want clean, dry wood that has been dried for at least six months.  Green wood will burn hot and smoky.  Your smoker should be letting out wisps, not black clouds.  Oak and hickory are the go-to’s.  They are hardwoods that produce a consistent temperature, not too strong a flavor, but enough to notice.  Mesquite is better for grilling, it’s stronger so you don’t want meat cooking for hours to be steeped in it.  Apple, peach and cherry are good woods for adding flavor.  Alder is good for smoking fish, it is more delicate.  Think hardwood and you’ll probably be okay.  When buying pellets for a pellet smoker, choose your pellets the same way you would choose your wood for a wood smoker, and don’t hesitate to mix your woods for different flavors.

Let’s talk meat.  Brisket, pork butt, ribs and sausage are traditional at a lot of barbeques.  What you cook will depend on your specialty.  My friends only like to smoke chicken for close friends, the process keeps the meat a slight pink color and that freaks people out with chicken.  Brisket is a good choice because there really isn’t another way to fix it.  It’s a muscular cut, so it needs the time in the smoker to tenderize.  It’s found above the legs on the front of a cow.  There are two cuts, a left and a right.  Pro tip: the left brisket is more tender than the right. Cows lay down on their left side, so they use their right front legs to get up, thus developing more muscle on the right side.  Typical size of a brisket is 8 to 12 pounds and it will have a layer of fat on one side.

To prepare a brisket, you’ll want to trim the fat to no more than a ¼” – don’t take it all the way off, the fat is what provides the flavor.  A good brisket is well marbled throughout, although you may not be able to see that.  Once the brisket is trimmed, you will want to apply a rub.  This is a full on, every side rub, and then let it rest in the refrigerator.  When your smoker is at 225° place the meat on the grill and close it up.  Pro tip:  Always place the meat Fat side up. Placing the meat fat side up allows the fat from the meat to help keep it moist. The goal is to keep the temperature the same for hours.  You’ll want to use something to “mop” your meat during the smoking process, this keeps it moist throughout.  Consider an apple juice and olive oil mixture in a spray bottle, spray every hour for the first six. This will create a nice crust (bark) on the meat with the rub.

When your meat temperature gets to 165° pull it out and wrap it in peach butcher paper, shhh…this is a secret.  Pro tip: The best cooks use peach butcher paper, not foil to wrap their meats.  Foil will ruin your “bark” that awesome crust you worked so hard to get, and it will reflect the heat back on the meat which makes it continue to cook, you may or may not want that.  Butcher paper lets the meat breathe.  You don’t want the white paper though, as that has been bleached, you want the pink “steak” paper, it’s a little more robust.

The last secret is to let it rest.  Once you’ve hit your mark, drop that baby in a cooler and just let her sit for an hour or more.  This will keep your brisket from drying out and make sure all the juices are captured.

If you’re looking for the right rub for your brisket, we recommend Fathead Spices, Brian Mock, Fathead himself says, Life is Short, Spice it up!  www.fatheadspices.com 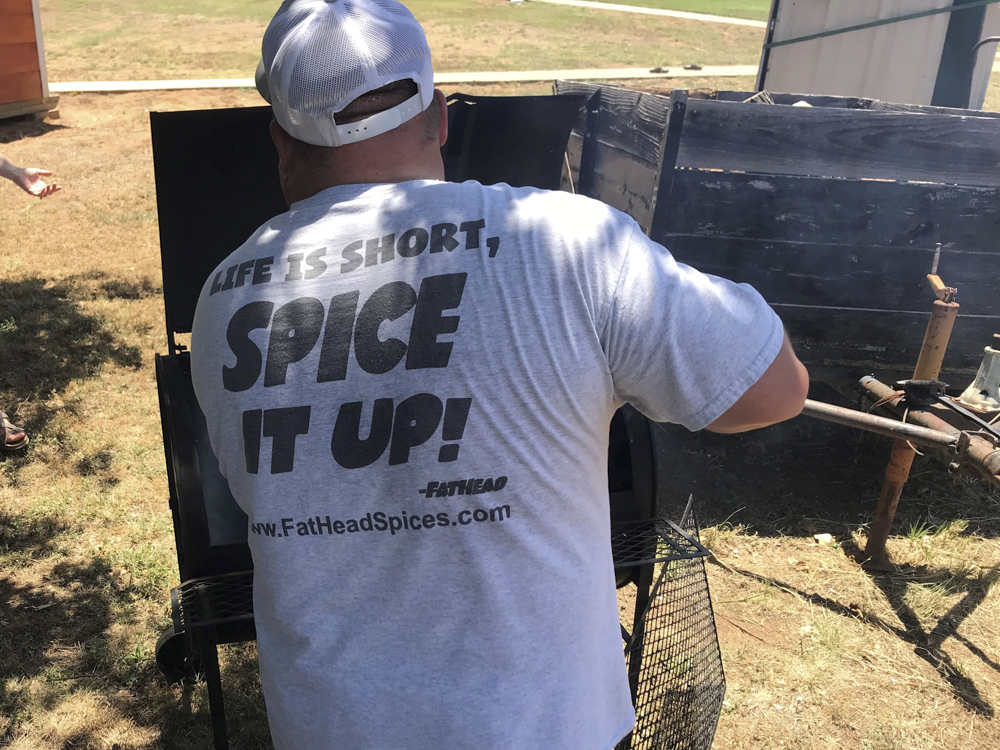 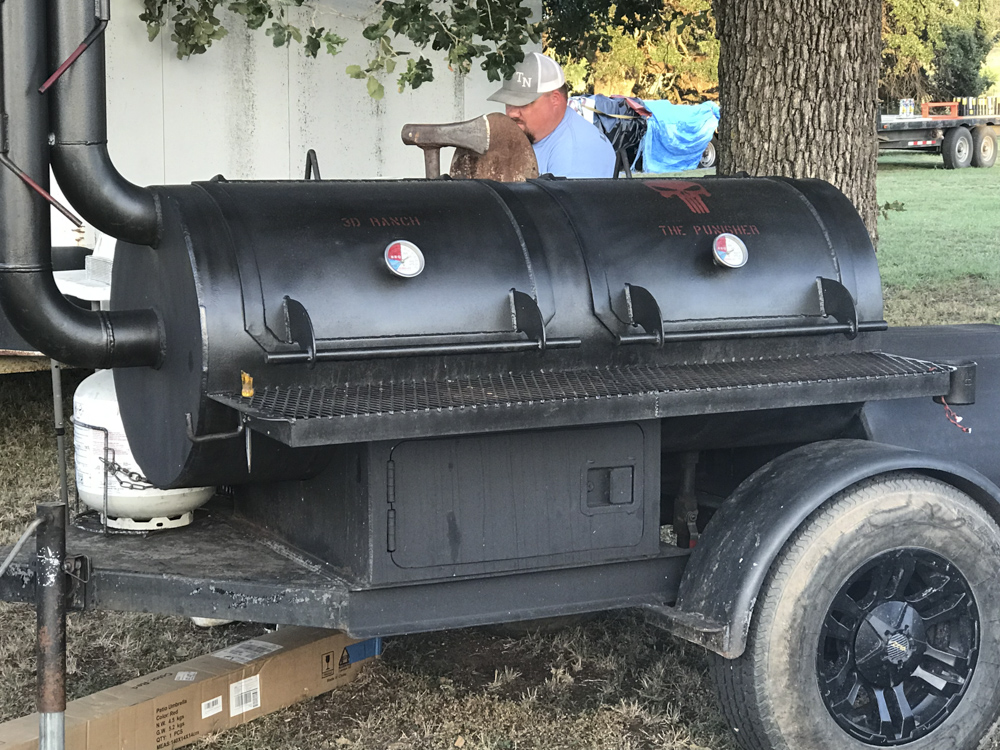 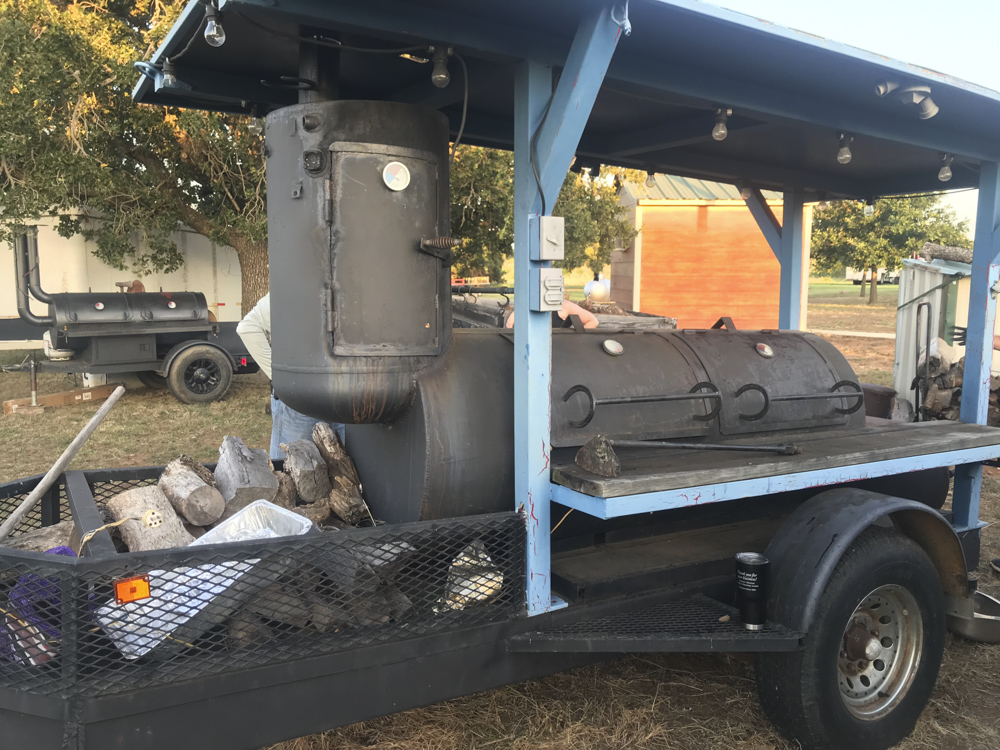 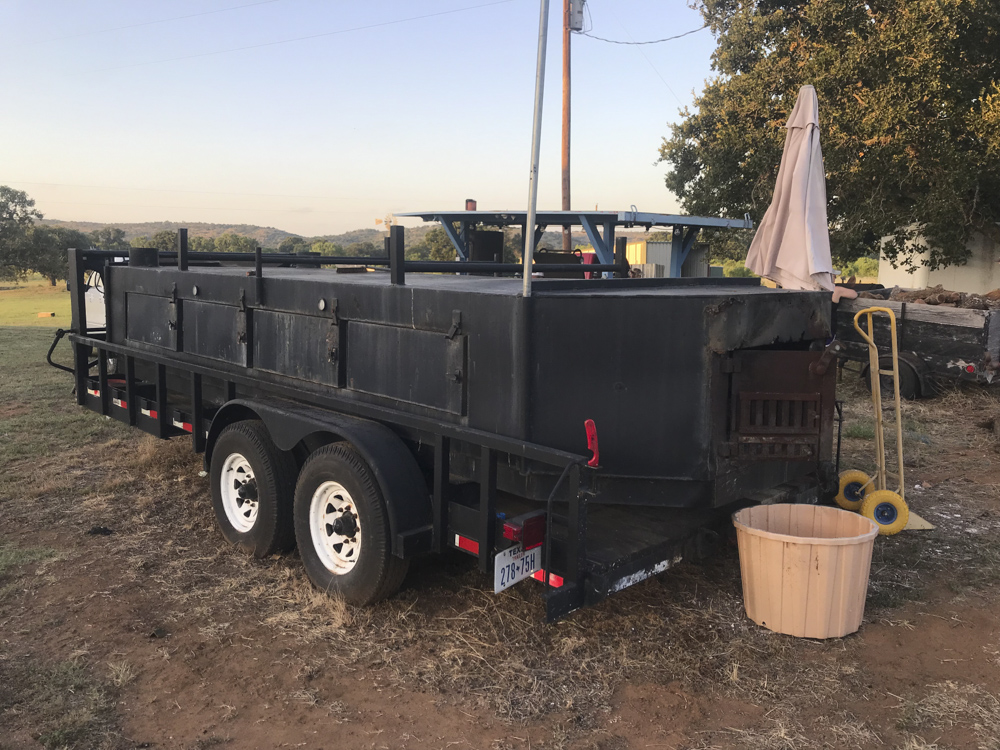