The Nevada Trophy, established in 1996 has just completed its’ 22nd run.  Held in Northern Nevada in November/December each year, the Nevada Trophy is based off the famed Camel Trophy of times gone by.  Requirements are limited, but must include a four-wheel drive vehicle with low-range, a driver and navigator and a bit of imagination. The vehicle that takes top seed most years is the Land Rover, 2018 was no different, with Alexey Bohkin and Alexander Kogan taking top honors in an LR4.

Fresh off finishes at the 2018 Rebelle Rally, Laura Wanlass and Kaleigh Miller were in search of another adventure. Nevada Trophy was happening in one month and they were both interested in competing, but unaware of each other’s interest until Laura made a post to see if anyone else from the Rebelle was going. Kaleigh responded that she and her husband, Ryan wanted to go and were looking for another vehicle to team up with, so they decided to team up as Team Rally Jeeps.

The forecast for the competition weekend called for cold days, colder nights, and snow, things foreign to the Southern Arizona teams. After going through tech and gear inspection, the teams were off to sleep. The next morning would start with a driver’s meeting before the teams would be given checkpoints for the day. There is no set course, just a large amount of checkpoints provided for the day and you can choose to go to any checkpoint you want, in any order you want. Points are accumulated by finding markers at the checkpoints and writing down what they say on them. The hidden markers could be either right next to the road or a ¼-mile hike away on top of a rocky hill. The teams lined up in 2’s and would take off in 5-minute start intervals. The teams were provided 14 hours to score as many points as possible before returning to the finish line.

Taking off from the start line, Team Rally Jeeps would make a short run down I-80 outside of Fernley, Nevada, where they would find their first checkpoint. From there, they would venture north and not see pavement again until late that night. In search of their next checkpoints, the team would arrive at the designated GPS coordinates but failed to locate the markers. That first day the team continued to struggle finding the markers at the checkpoints, scoring on roughly one-third of the checkpoints attempted. At the end of day 1, the scores would be totaled and Team Rally Jeeps would be in dead last.

The next morning the team got coordinates for the day and came up with a new strategy, knowing that they needed to make a big change if they wanted to move up in the standings. A decision was made to switch drivers/navigators, use navigation equipment differently, and to make their route opposite of what was tried on the previous day. After a long run up the highway, the team would not see anyone else until after lunchtime. Scoring on 7 of the first 8 checkpoints, the team had some momentum. Unfortunately they were high in the mountains and the weather suddenly turned. The wind picked up along with heavy snowfall resulting in times of near zero visibility. Knowing that it would be near impossible to find the markers that would now be covered in snow, the remaining checkpoints in the area were abandoned. As they made their way across the landscape, they would continue to score on nearly every checkpoint attempted. In addition to the regularly scored checkpoints, each team would have to reach a mandatory checkpoint within a limited time frame. This would be where every vehicle from each team would have to individually run the Trophy Course (to break any ties in scoring).

A driving and skills challenge that must be ran in low-range only, that would put both the driver and co-driver to the test. Up first for Team Rally Jeeps would be Kaleigh and Ryan Miller. Kaleigh would be driving and was on the rev-limiter as she drove her TJ through the beginning of the course. Ryan would jump out and do the various challenges along the way and Kaleigh continued to drive hard between the stops. When the dust settled, a new fast time would be posted. Kaleigh and Ryan would eclipse the previous fastest time by over a minute. Up next would be Laura driving her JK with her husband, Britton taking care of the challenges. They too would see the rev-limiter throughout the course, traveling at a blistering pace. Reaching the finish, they would clock the 2nd fastest time on course. Team Rally Jeeps was on a roll, posting the two fastest times on the Trophy Course and scoring on nearly all the checkpoints they attempted. Following the Trophy Course, the team would continue their way through the mountains on icy and snow-covered roads scoring as much as they could before heading back to the finish line.

With all scores in, Team Rally Jeeps would post the high scores on the day, ultimately scoring the single largest points increase from the previous days’ scoring in the events history. Combined with their fast times on the Trophy Course, they would place 3rd and 4th overall for the event. For more information about the event check out their website www.nevadatrophy.com  The 2019 dates are December 6-7. 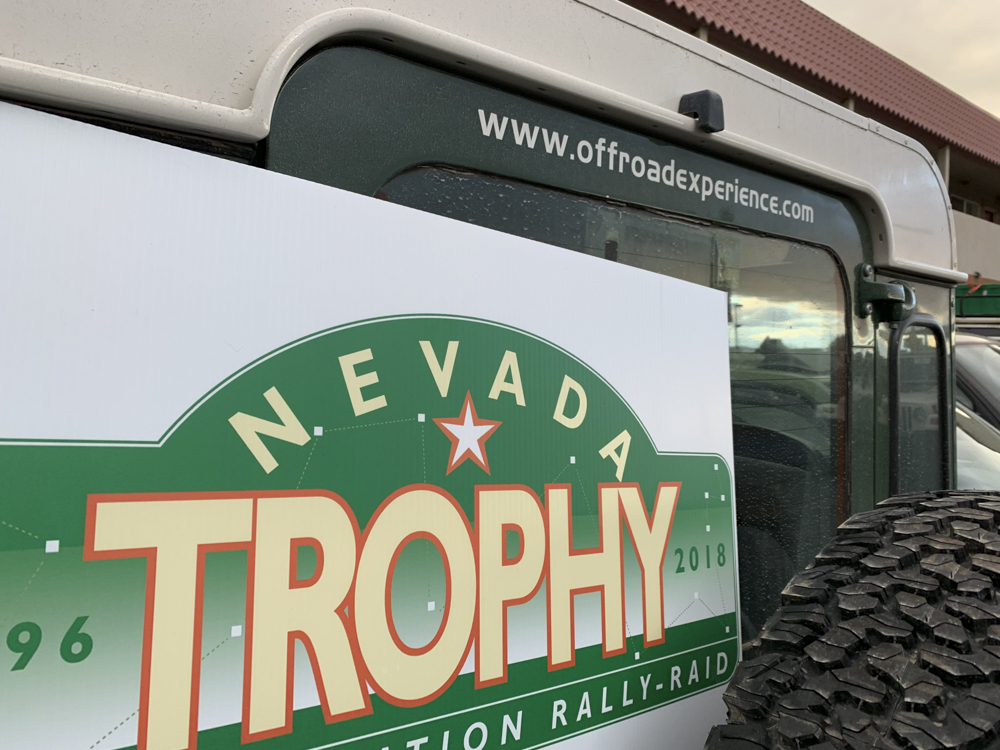 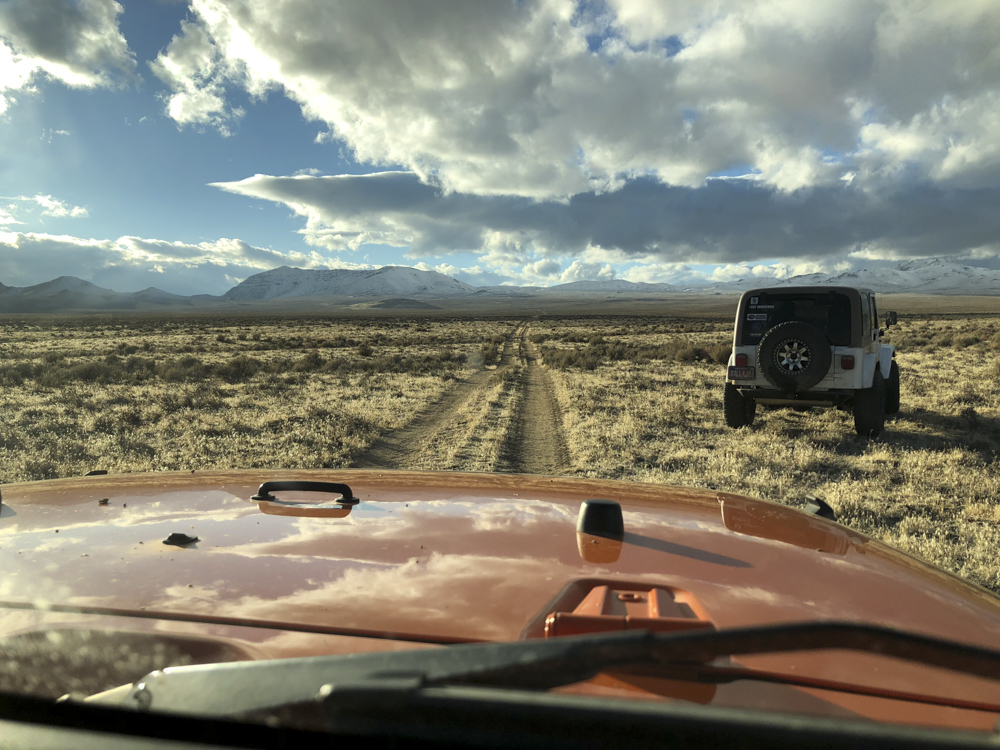 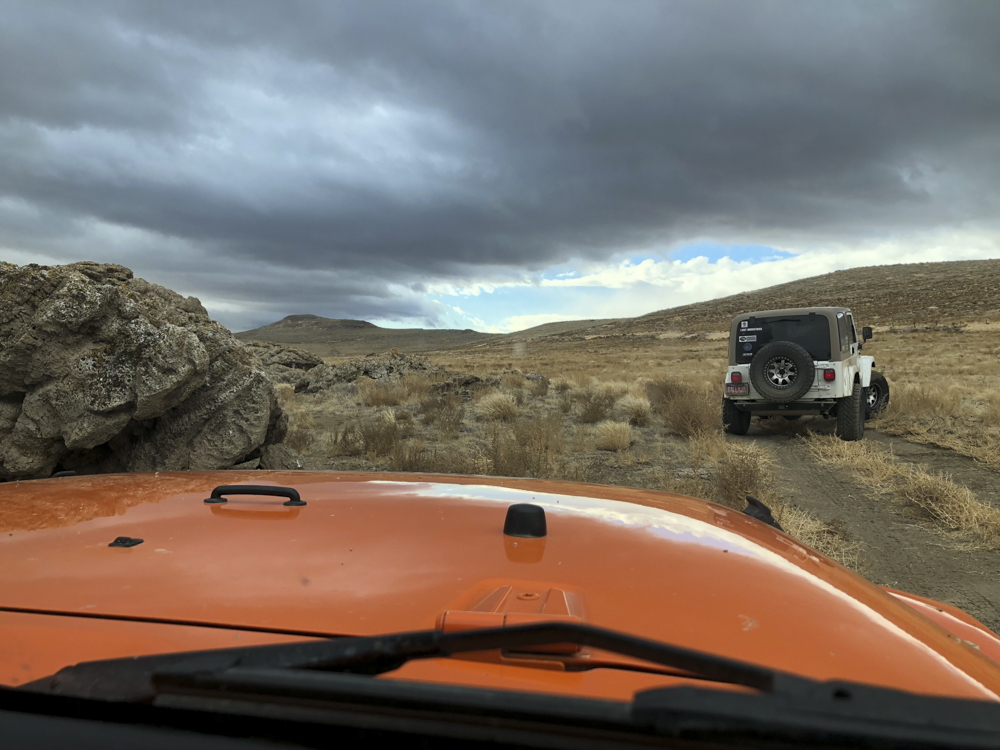 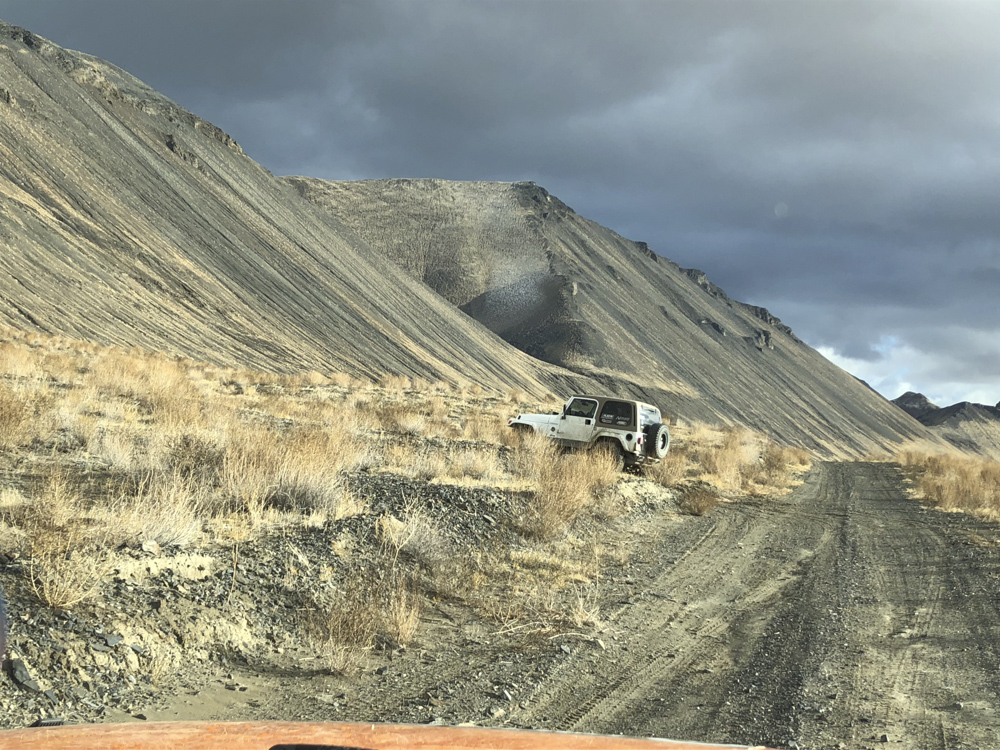 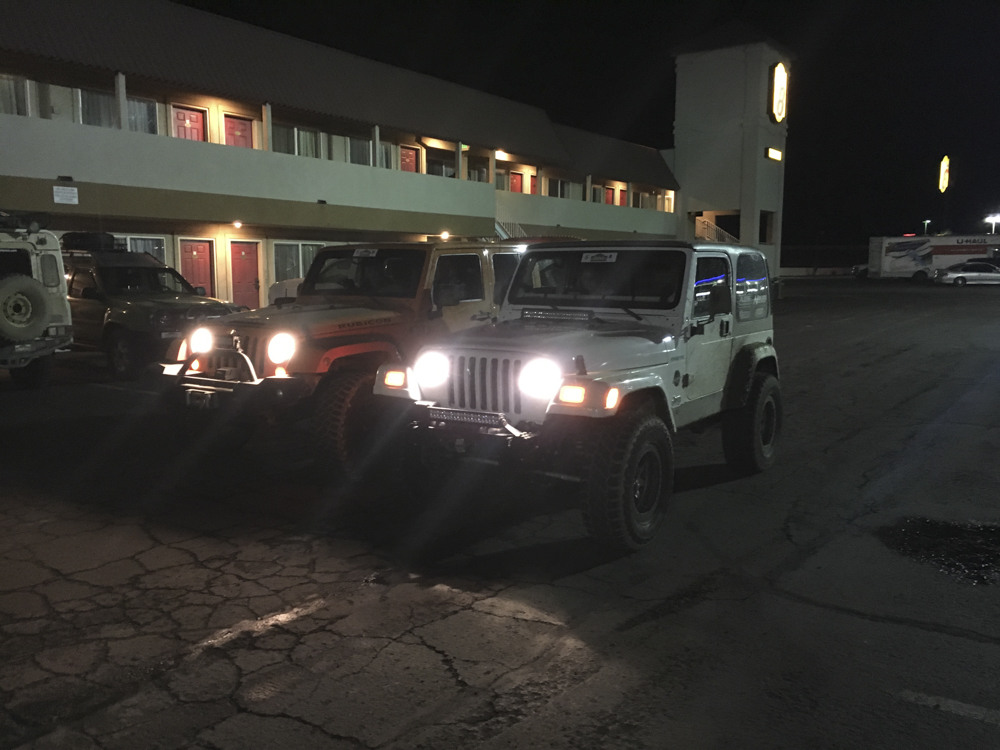 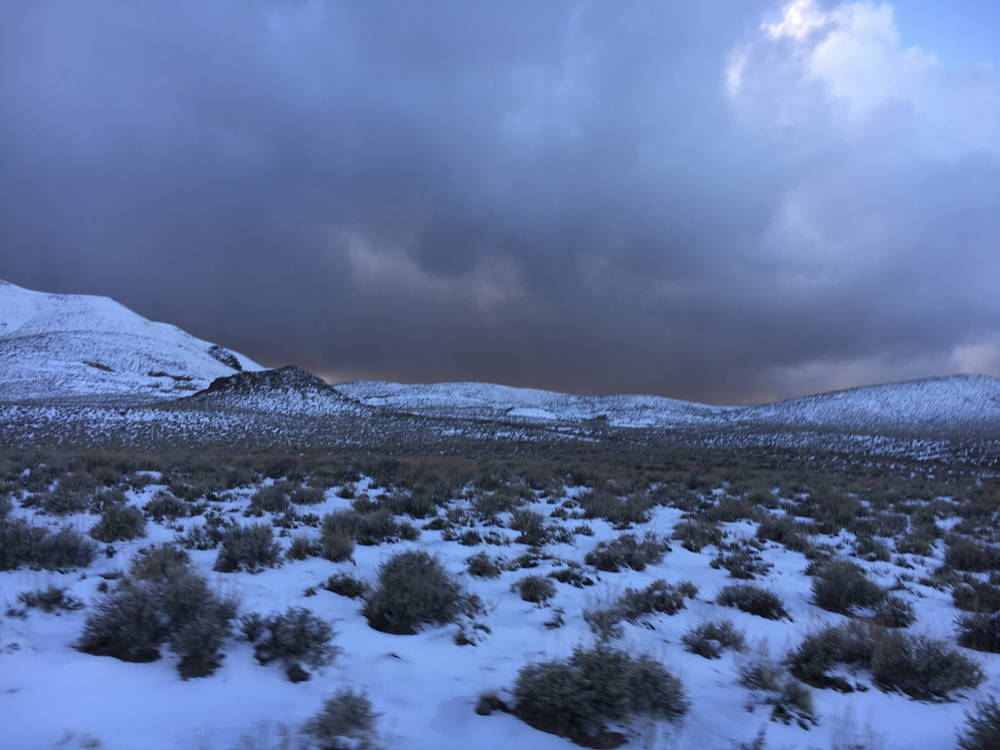 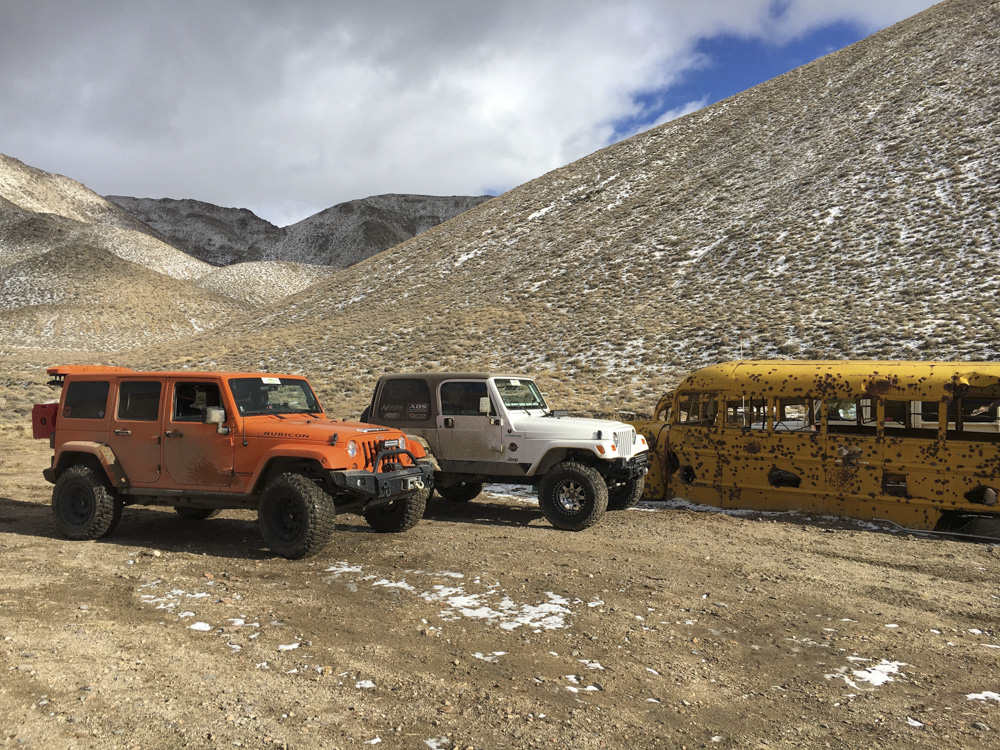 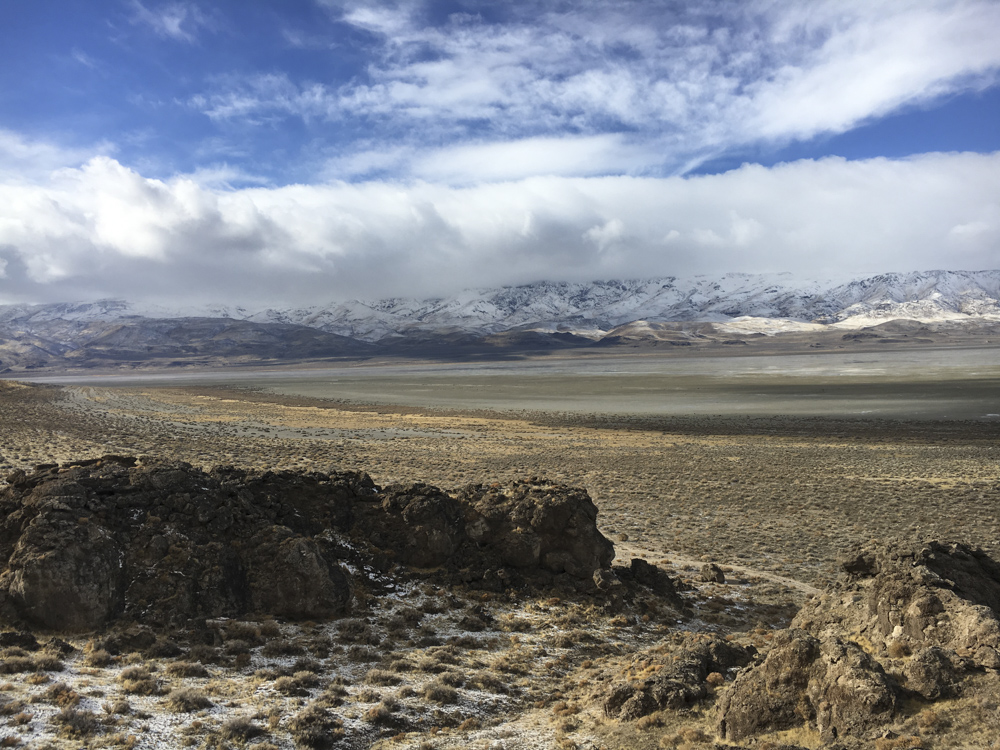 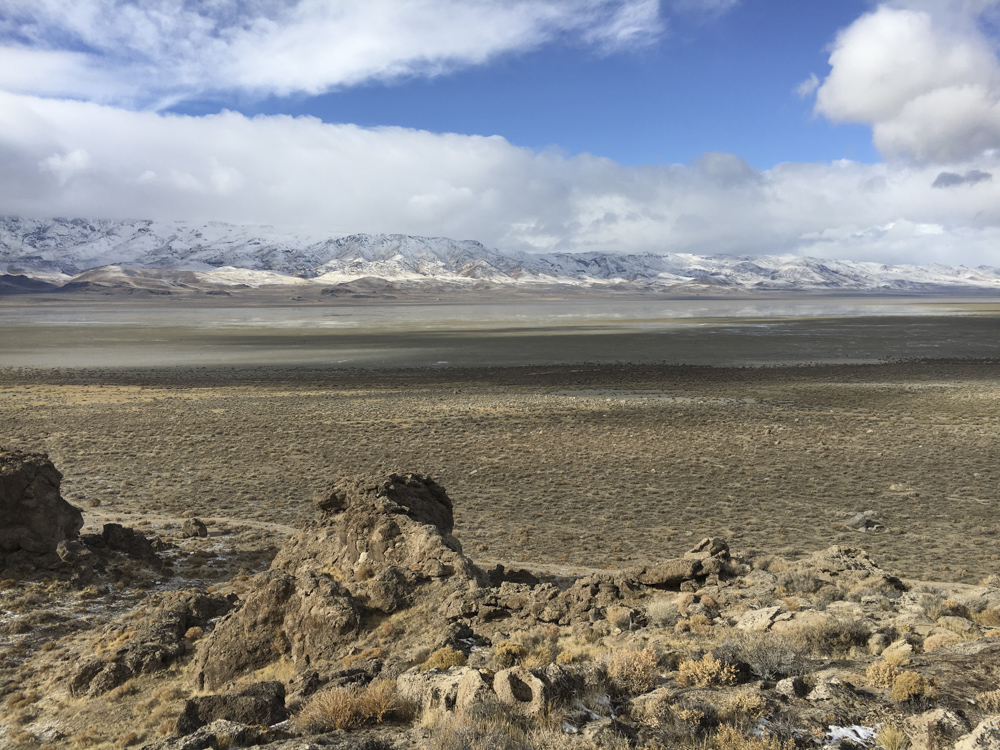 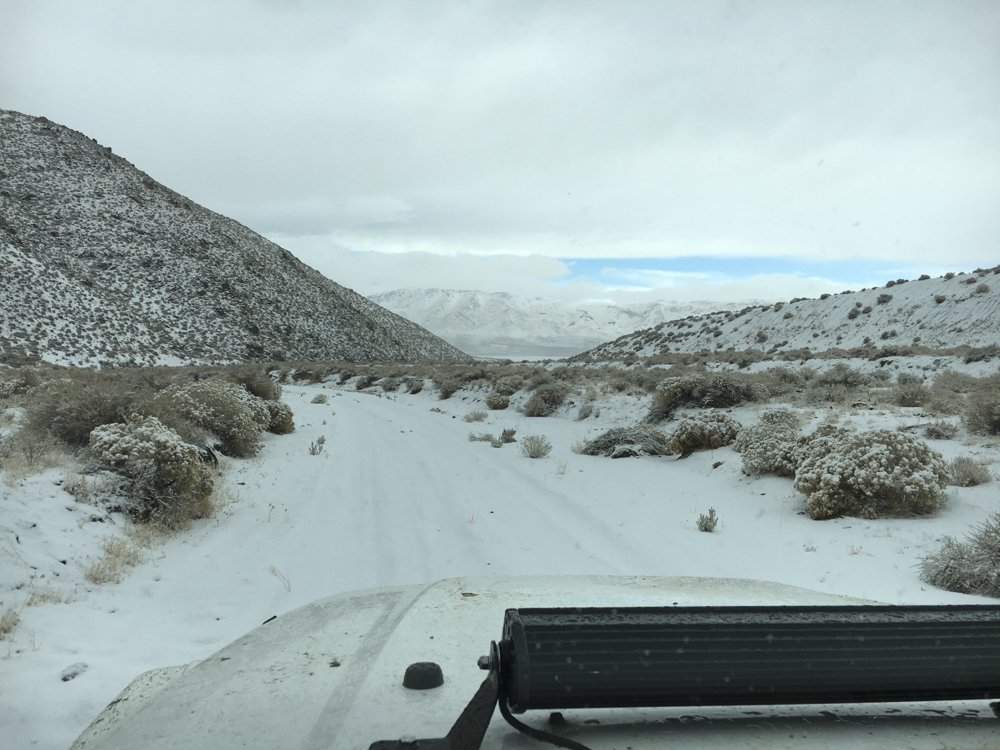 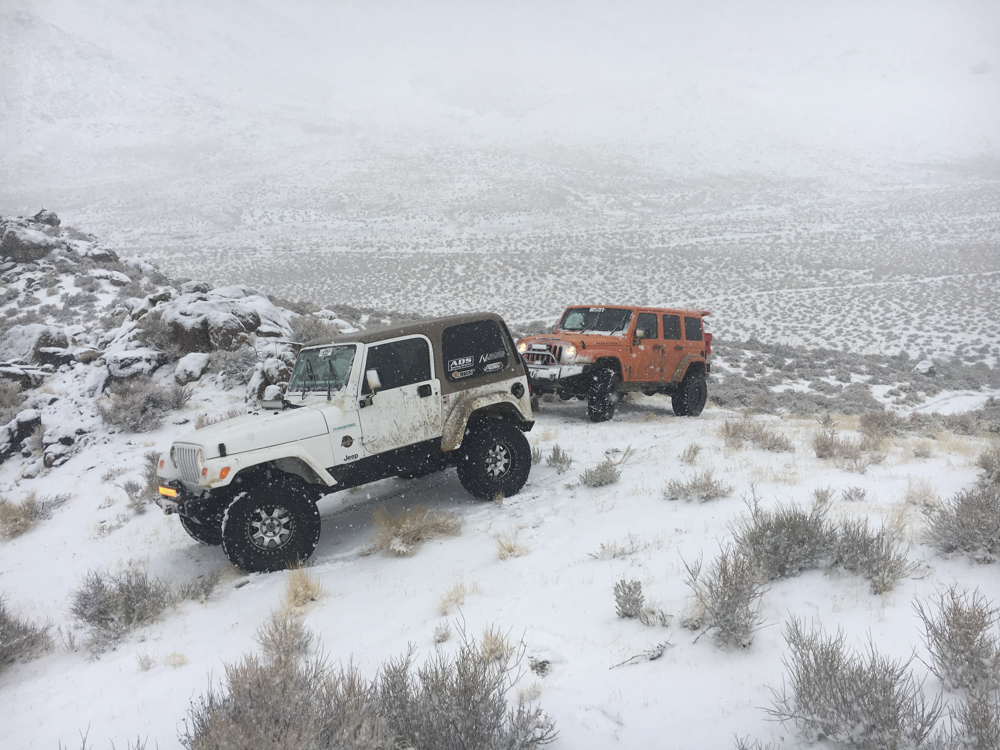 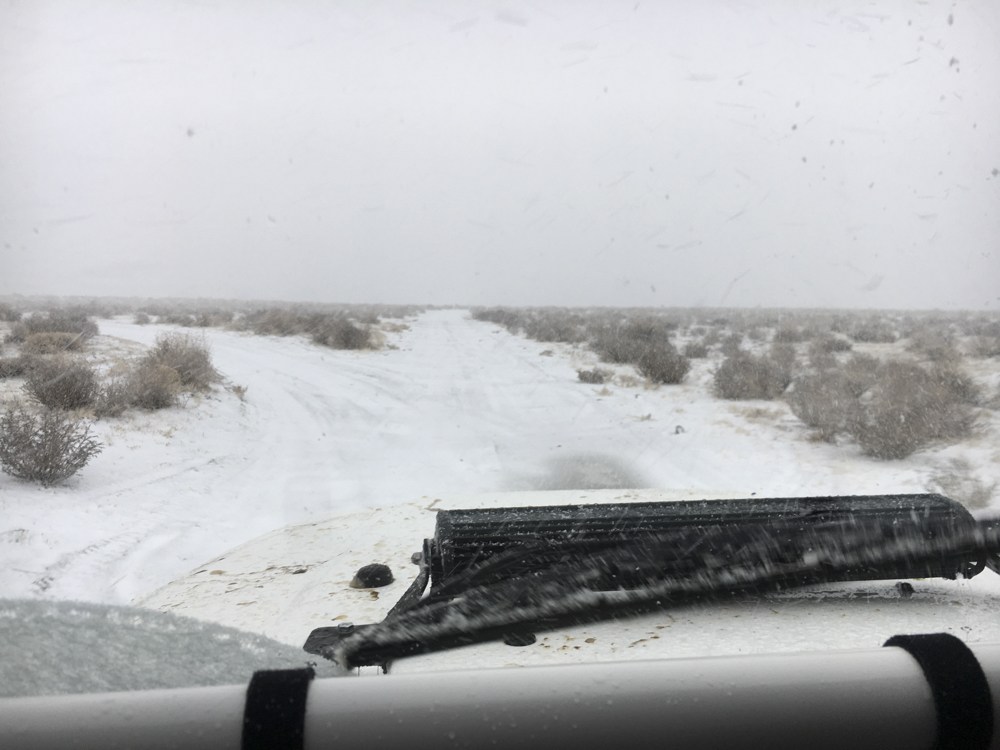 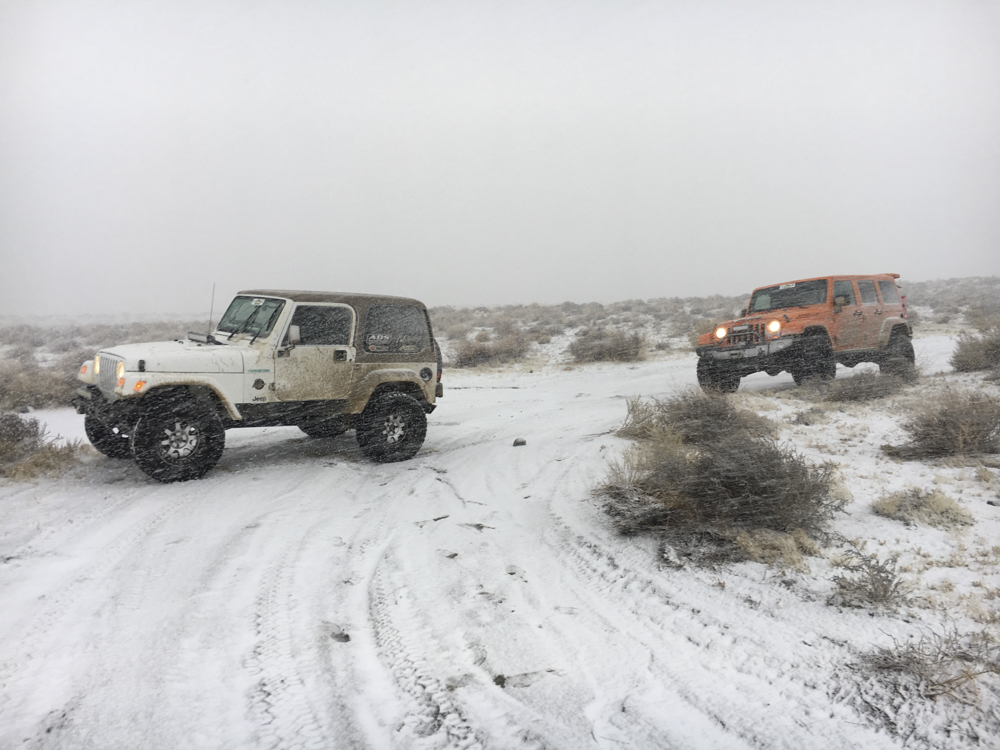 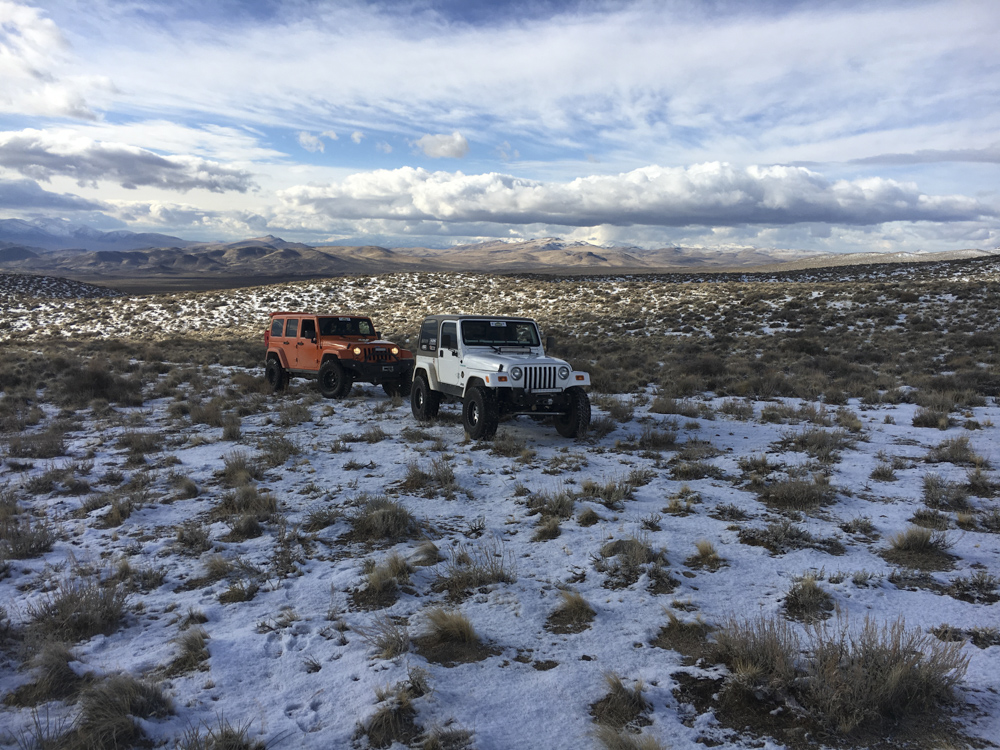 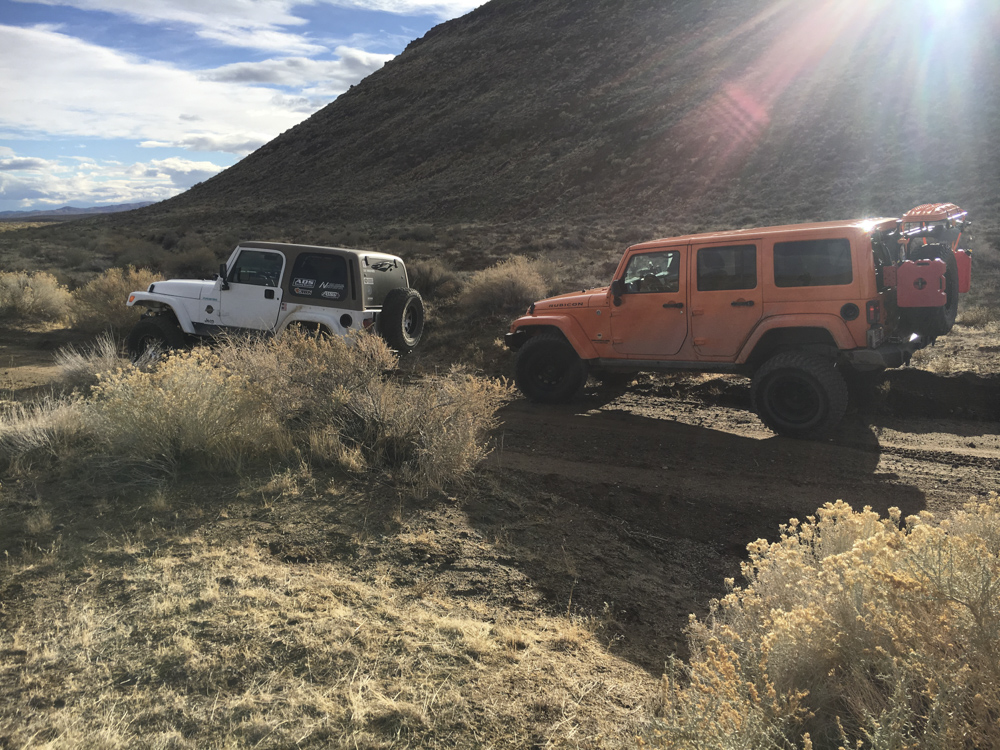 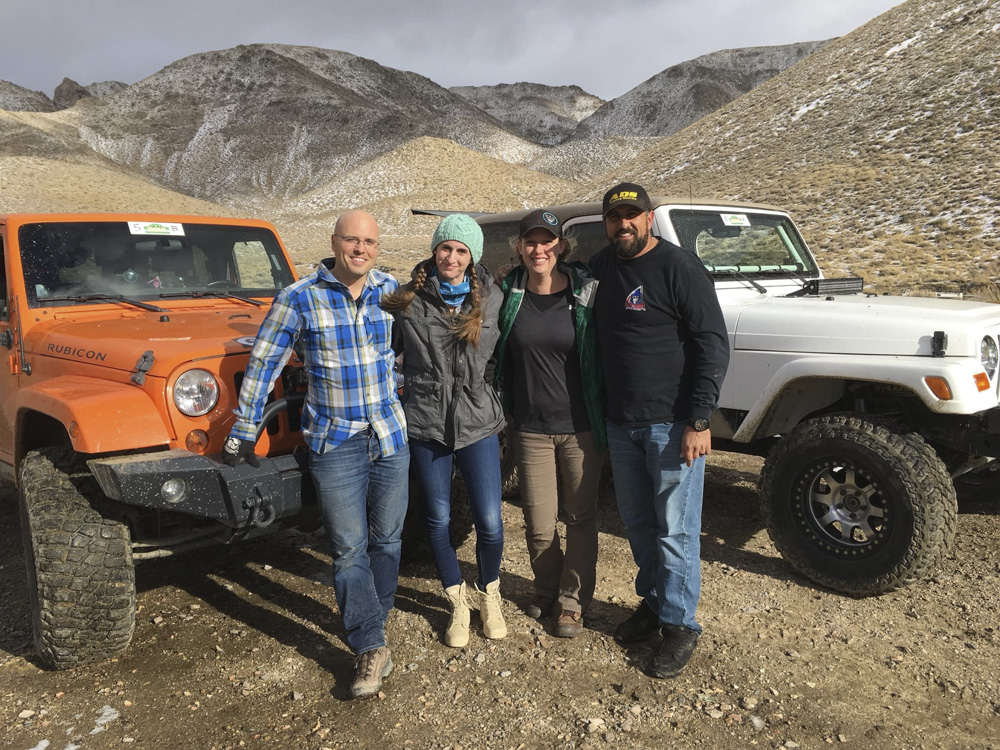 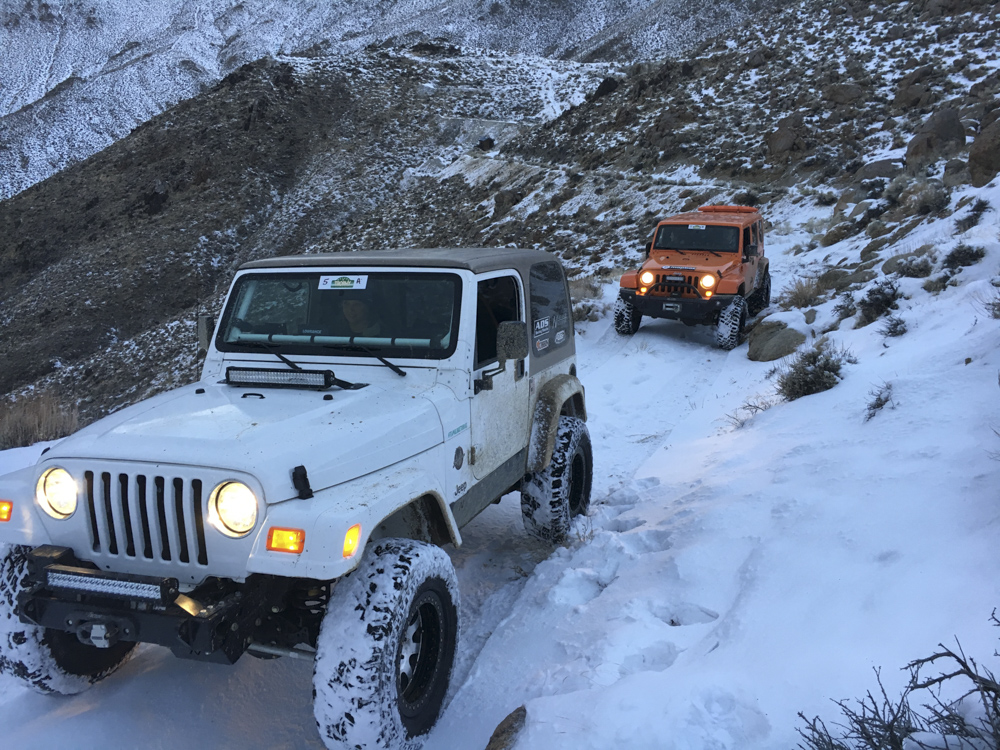 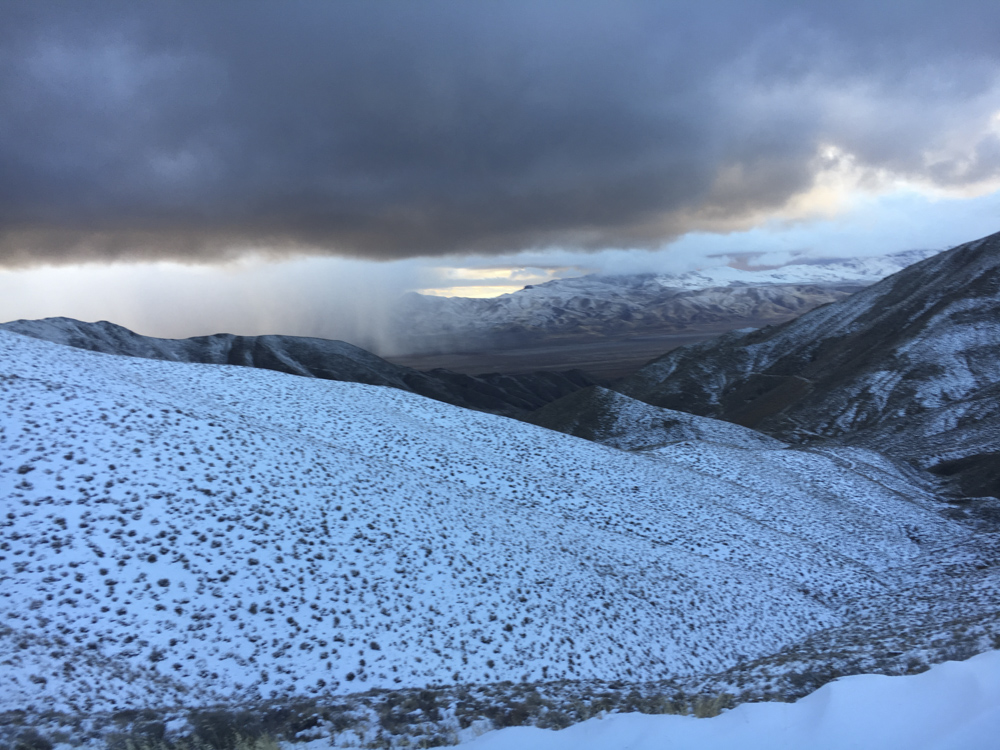 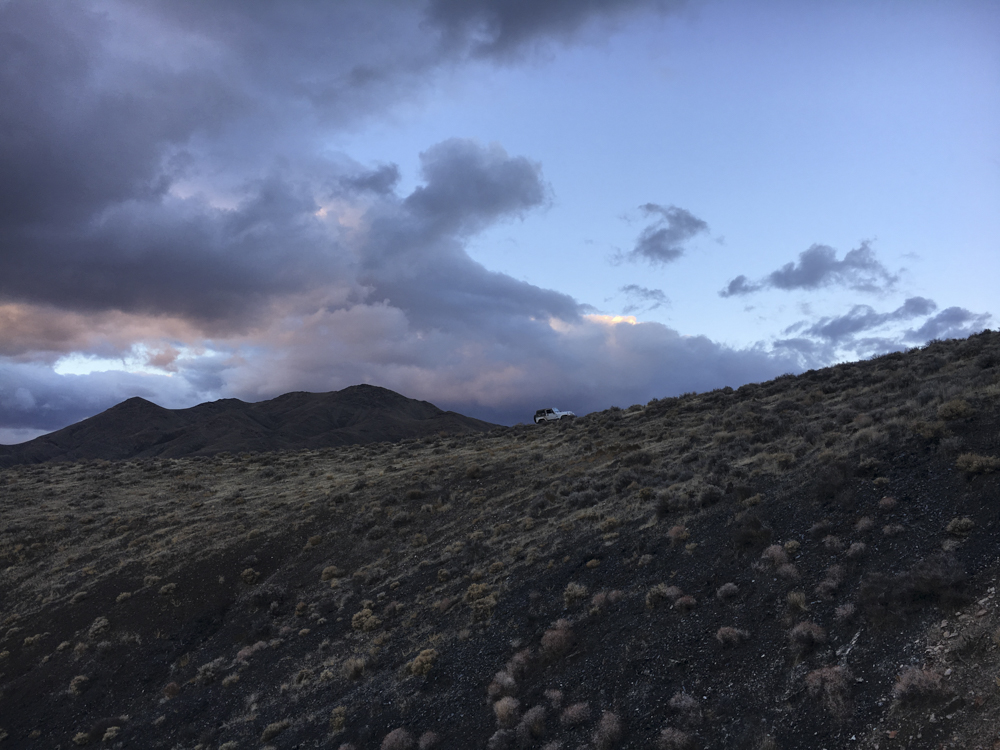 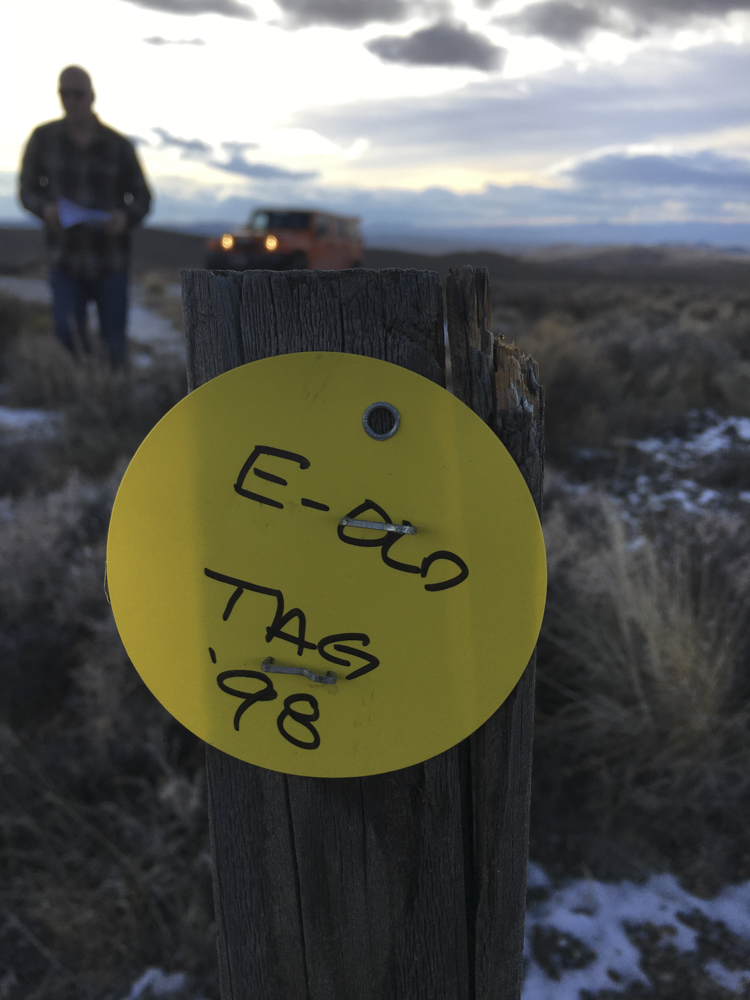 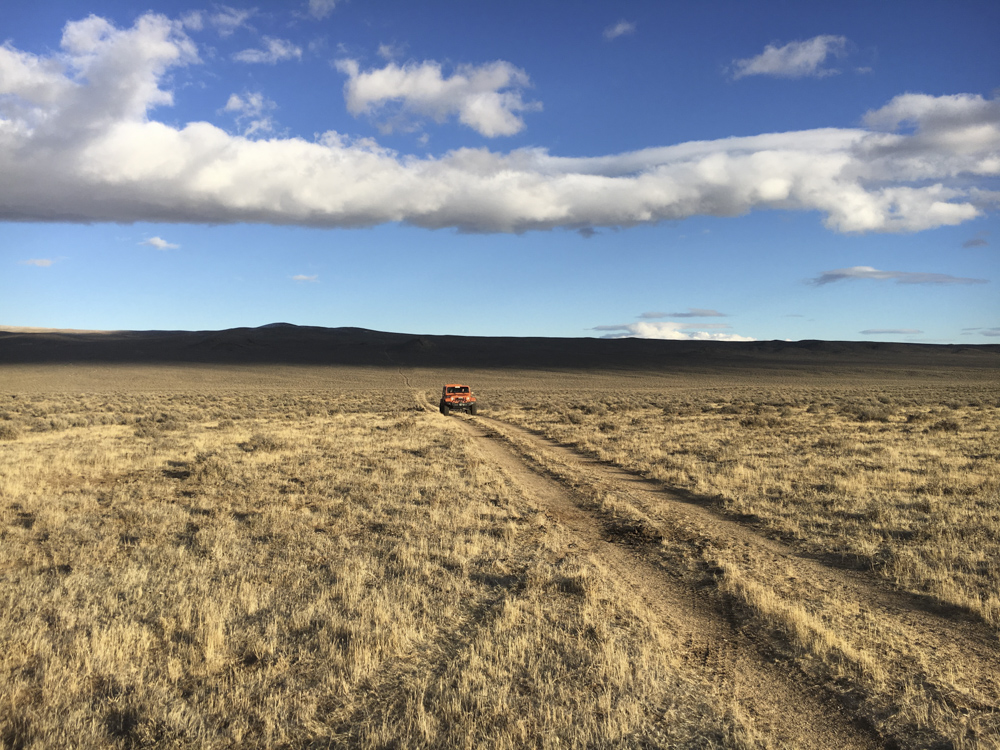 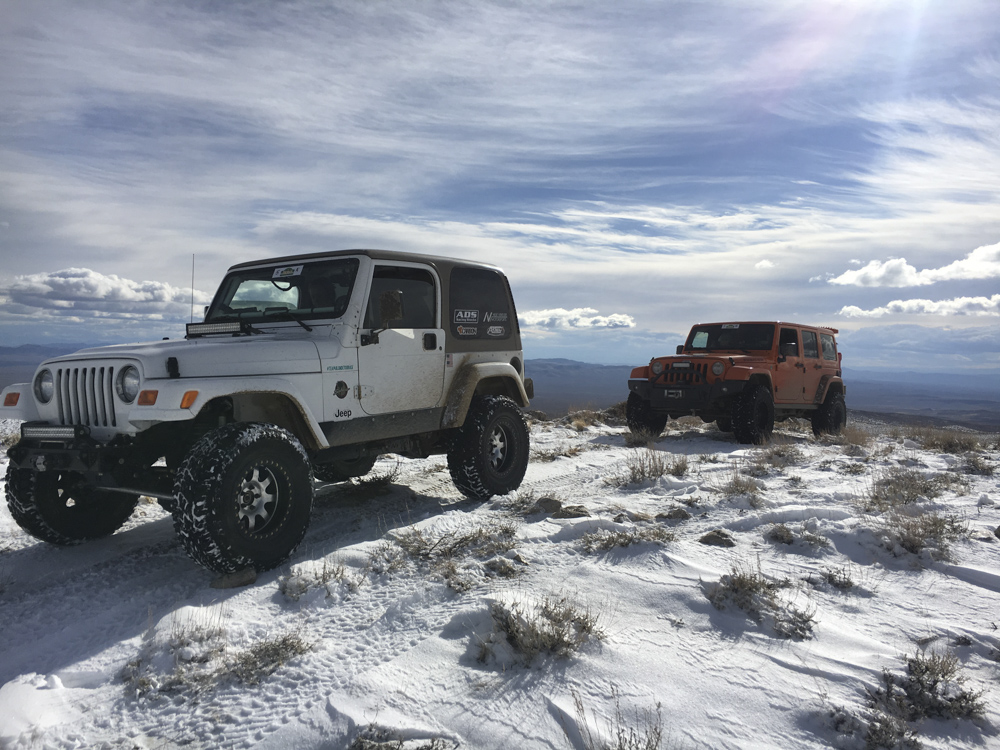 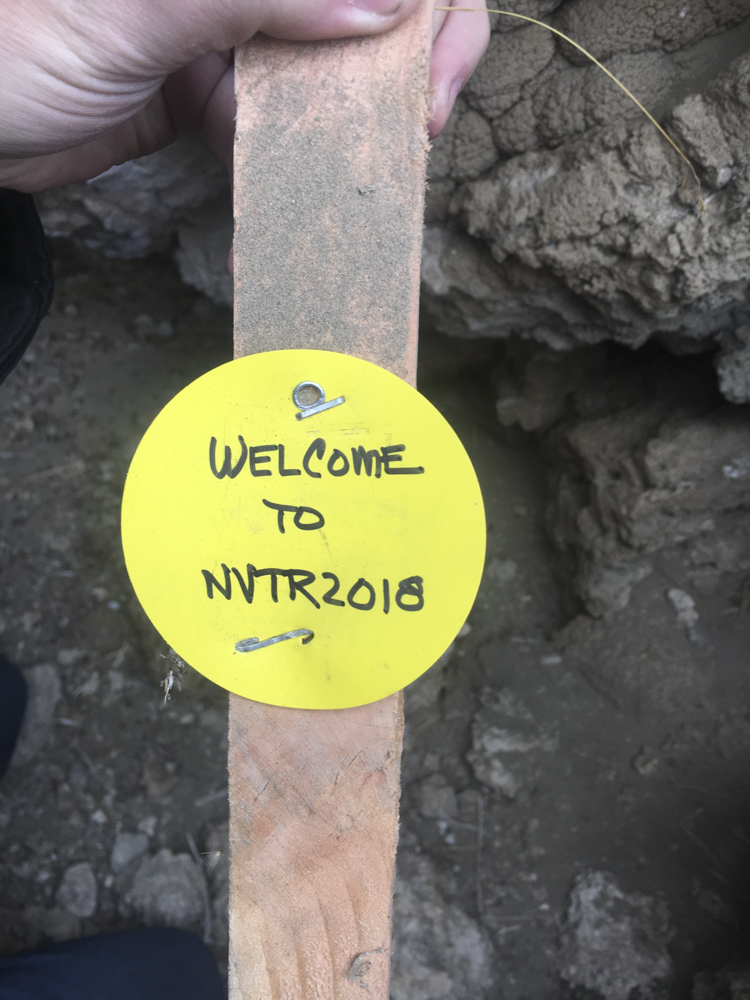