What? There are no bananas?
That’s right, no bananas allowed. Imagine if you will a cool, gray day on the Gulf Shores of Florida, a day like many others in January, no sun, a little wind, and some chop. Life is not going to be grand on the water, but there might just be fish out there, so it’s worth a try.
We flew in from Phoenix, our friends joined us from Texas and the captain made a quick trip down from North Carolina. All converging on Panama City Beach, Florida. It’s one day of fishing and it’s going to be worth it.
Let’s talk about the captain. Master Sergeant in the Army, Rob Usnick, is the true All-American Badass. A man with many talents, he currently trains others in all kinds of survival and rescue skills. He’s the man that I’ve always said, if I’m walking down a dark alley, I want him along to protect me. I’m convinced there is nothing he can’t do. Today, he’s captaining our boat, a 46’ Post Sportfisher. Again, a little chop won’t scare me because Capt. Rob is aboard taking care of things.
We all meet up Friday night for some fresh seafood at the local watering hole. The meal and drinks are terrific, the conversation even better. Nic and Christy made the drive from Texas for the weekend, sleeping in their car on the way down. That’s still what you do when you’re young. We checked in to the Hampton Inn because we know the value of a good night’s sleep. Up before dawn to meet at the dock. Panama City Beach has seen better days, Hurricane Michael took his toll last October and the city is still feeling the pain. Not only was Panama City Beach hit, but Panama City was hit worse and it caused a shift in the population.
Many roofs are still covered in blue tarp, many businesses have still not re-opened, it’s a bit of a mess. Those that are there are making the most of it. Trying to get through the winter season in one piece so they can regain some momentum over spring break.
It’s 5:30 a.m. in January, even in Florida, it’s cold. I don’t think I planned right for this excursion. I’ve got my jacket on, I’m boarding the Y-knot with snacks in one hand and a dry bag in the other. Into the cabin it goes, the coffee is on, the TV has cable news on it. It feels luxurious, right up until the moment we leave the dock. Then the swells hit us, up and down, up and down. I stand on the stern until the diesel fumes rise, then make my break to the bridge. There are five of us on the bridge, trying to stay warm, trying to watch the horizon line. It isn’t easy, the salt spray is heavy, the waves are crushing. We continue out to sea.
After getting through the channel and past the last buoys, we throw some lines. There are nine out in all, we are all fishing under Rob’s captains’ license. It’s a beautiful dawn, but as they say, red sky in morning, sailors take warning. We have been warned, the day isn’t going to get any better.
The seas continue to rock, the fish continue to sleep. Not enough sunshine breaks through to wake them up. No one is hungry this morning, except me. I’m hungry. I grab a banana and a muffin and enjoy my breakfast. I’m one of the lucky ones, I rarely get seasick. Not all on our cruise can say the same thing. A little chumming goes on, the fish still aren’t interested. After five hours, we make the turn for home. Our score is nine lines, five fisherman, two seasick, one awesome day and zero bites on our line.
We get docked, we unload and the captain notices my banana peel. “Who brought the banana?” That would be me, why? Every one chimes in, “no bananas on a boat!” No wonder there were no fish biting today.

Fishing with Captain Rob
To book a charter with Captain Rob on his 33’ Hydra-Sports Center Console, bring five of your friends and plan a trip to Panama City Beach. Look for Jessica Shoals Fishing Charters on Facebook, or www.fish-PCB.com

Fishing superstitions:
Bananas are believed to be bad luck on a boat, the origin of the rumor isn’t pinned down, but there are several theories.
1. In the early days of shipping, speed was of the essence. If a ship was unable to travel fast and filled with bananas, they often rotted before they were unloaded. The gasses released by bananas as they ripen will speed the ripening of other fruits as well, so a well ripened banana causes the loss of other cargo as well.
2. When a ship goes down, only those items that float rise to the top, a little flotsam here, a little jetsam there, and bananas – the floating fruit. So if another ship came across a wreck, often the only telltale sign was the bananas left behind.
3. Spiders are fond of bananas, they go hand in hand with banana trees, so imagine their activity on a boat filled with bananas. Ewww.
If you bring a banana on board, there are few remedies. Eat it immediately or better yet, toss it overboard, and then, offer up this prayer:

Oh great Konpira
please, hear my plea
I am sorry for my mistake
A banana I brought to sea
It was an honest gesture
a noble means of nutrition
I had no ill intent
I brought fruit of my own volition
Please forgive my idiocy
I meant my friends no harm
We just want to go fishing
and go home with a sore arm
We beg of you to release the curse
upon which I have brought
In your honor I consume these bananas
a sacrifice all for nought 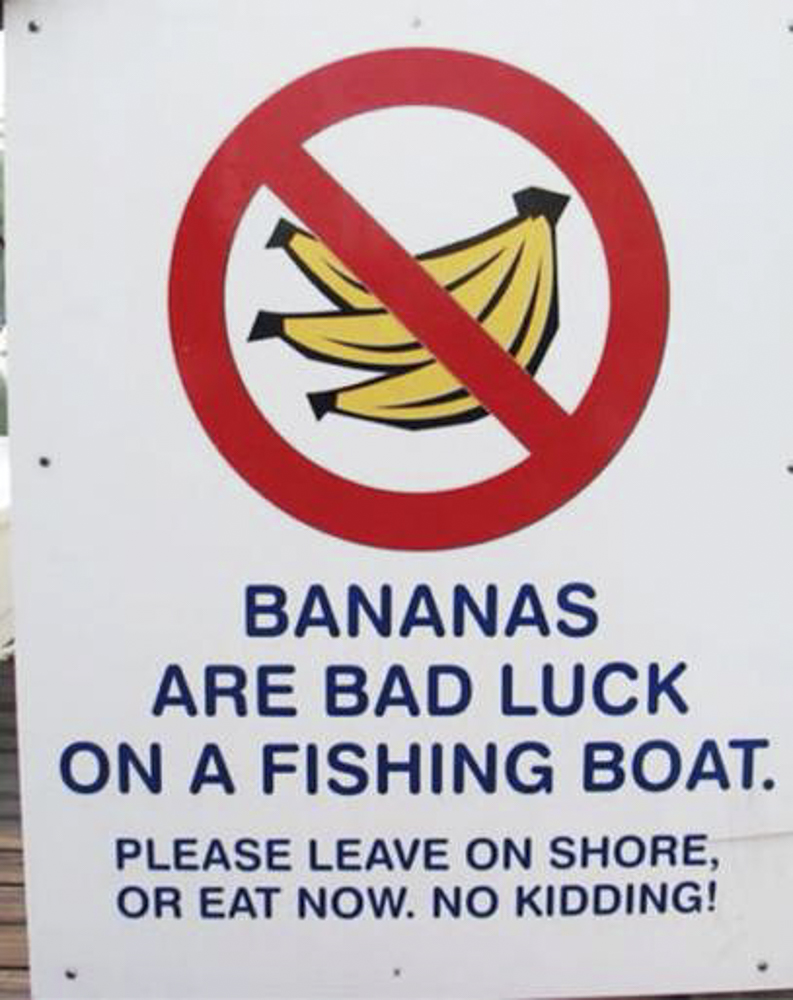 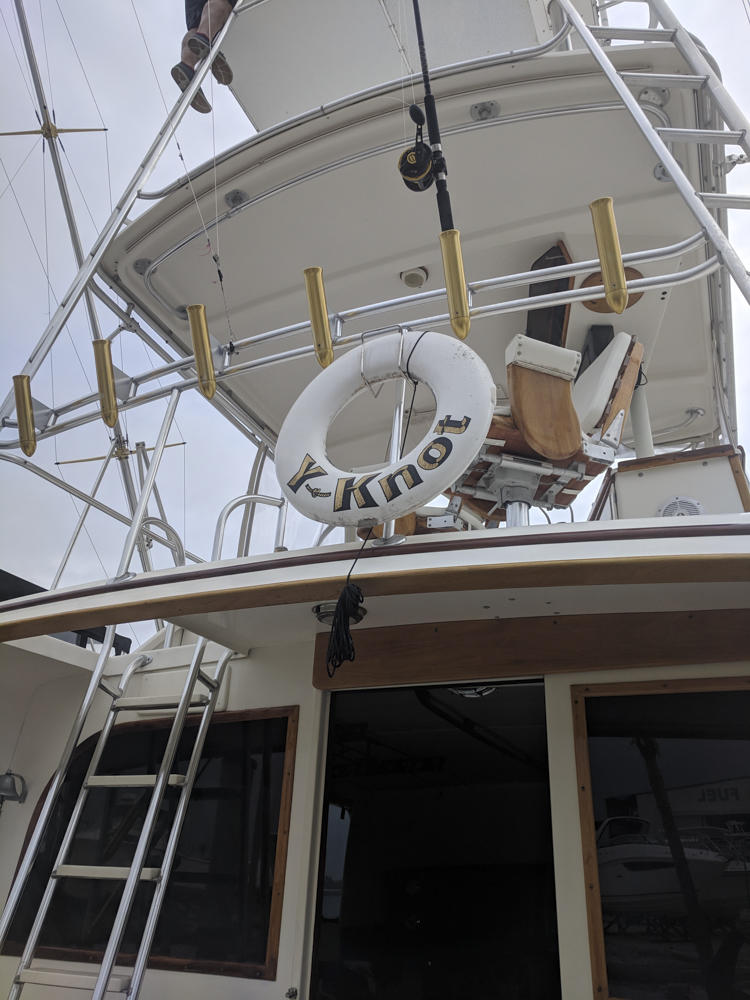 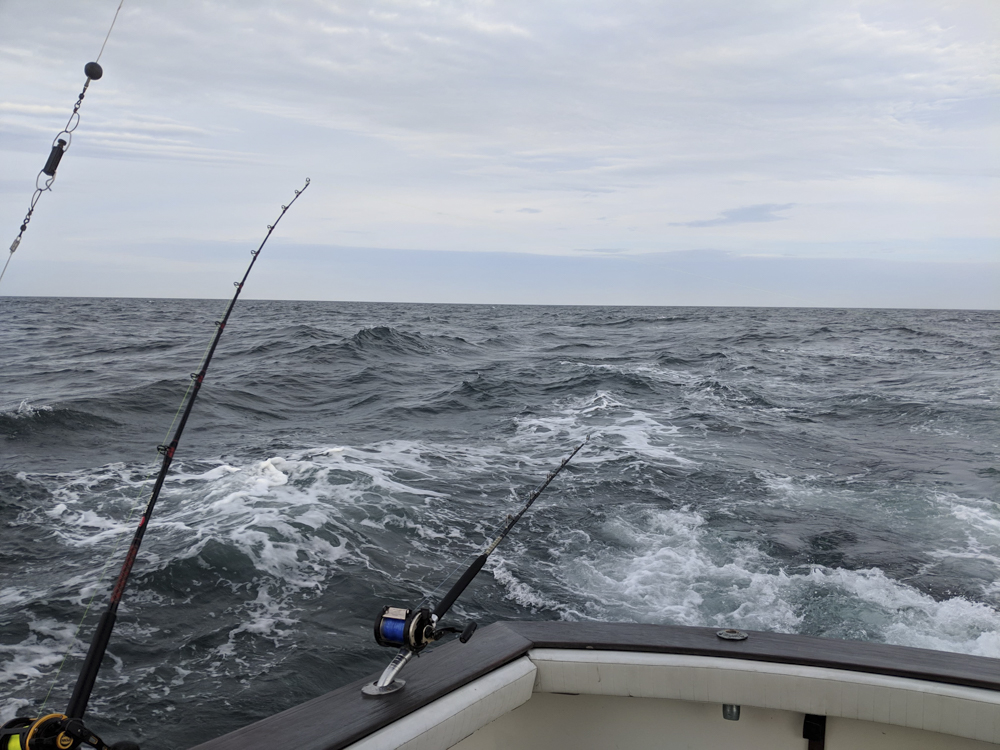 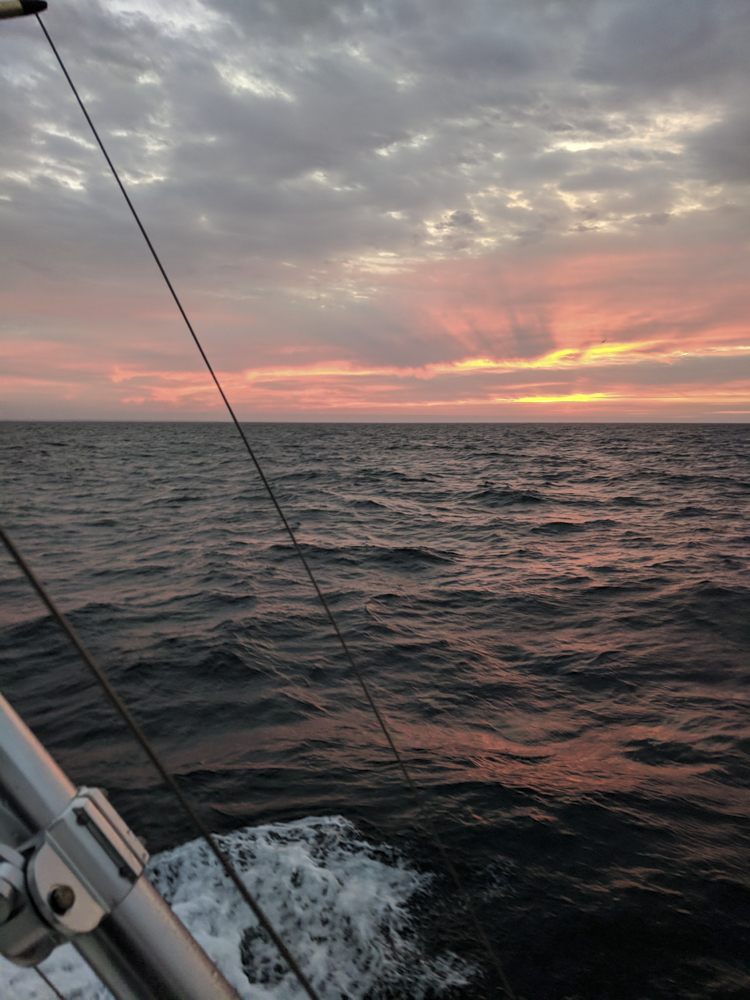 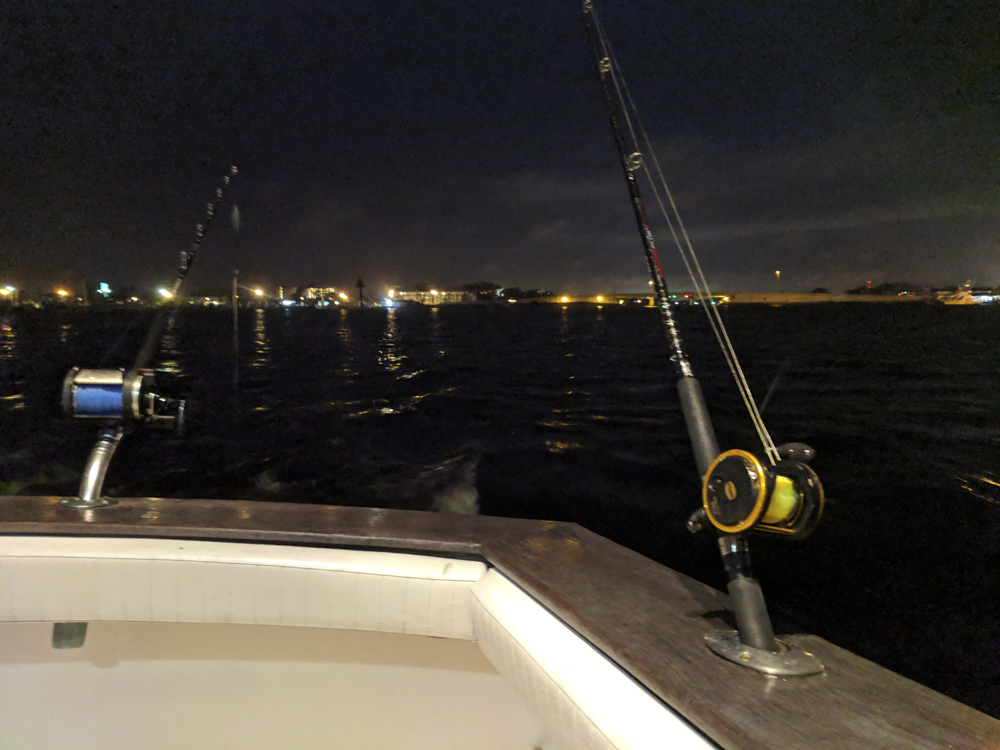 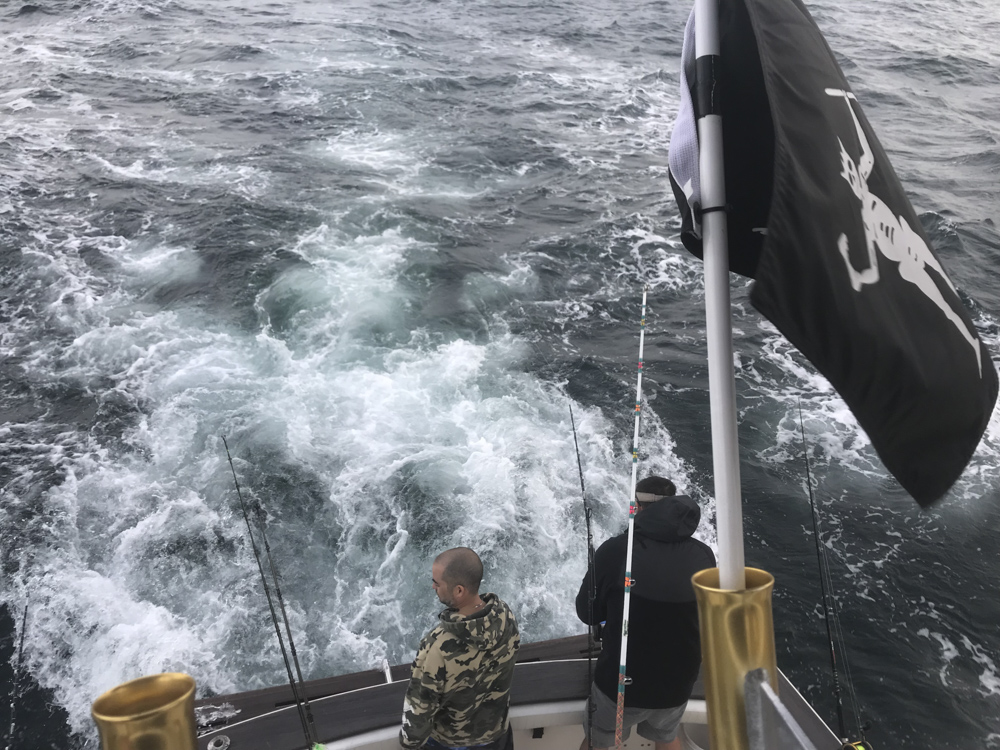 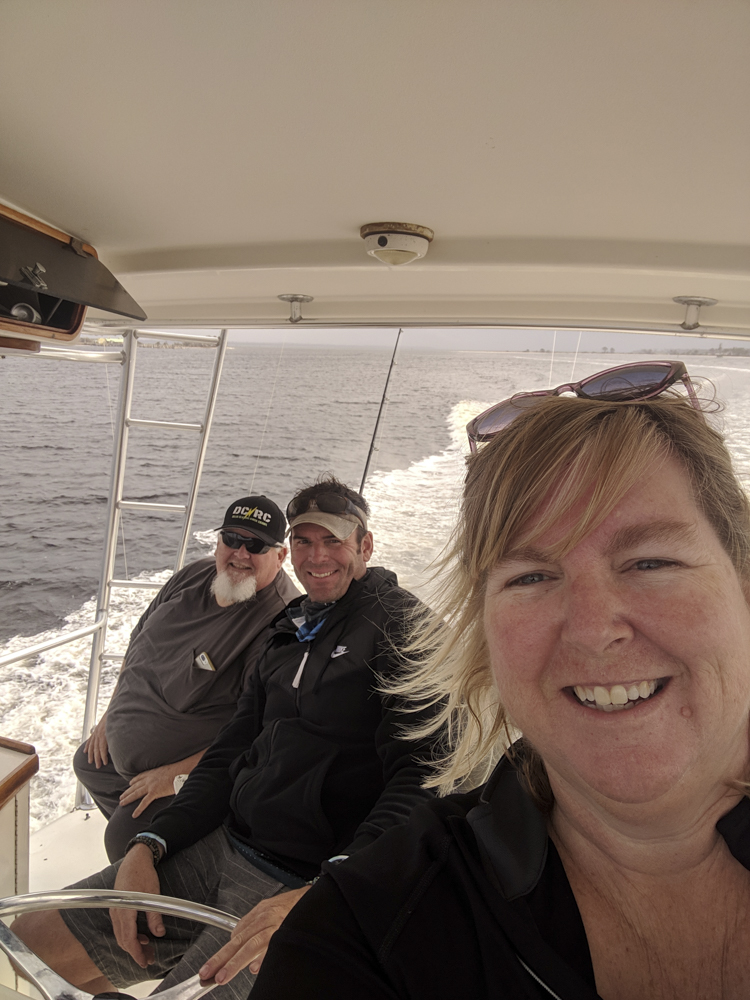 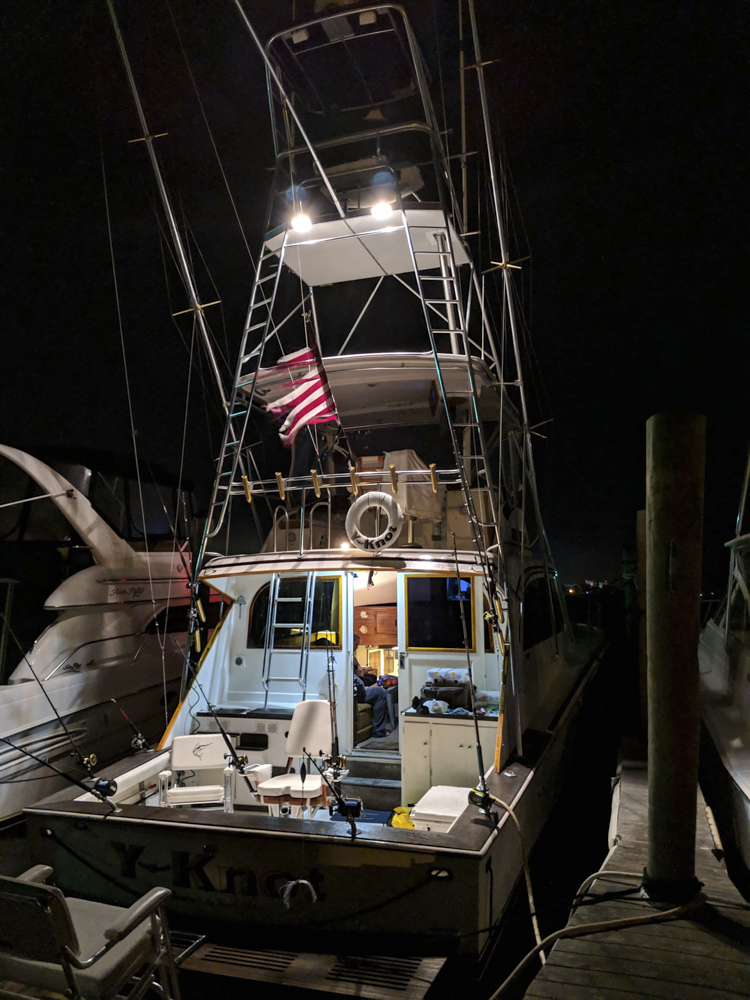