One of the most satisfying parts of trail riding is the time that comes after everyone is off the trail.  A good meal, a campfire, at least one guy working on a repair, your favorite beverage, all are part of the evening activity.  Add a little friendly competition, and the night is just beginning.

Pitching games are the most popular form of games we see at camp. They are simple to play, easy to set up, and don’t require a lot of equipment. Games like horseshoes, corn hole, or washers can be found everywhere. Mini-tournaments, games of skill, and good times can be easily set up, and participants of all ages can join in.

All three of these games are designed to be played outdoors, with minimal required equipment and just a bit of space in any kind of terrain or ground surface.

Horseshoes is a lawn game played between two people (or two teams of two people) using four horseshoes and two throwing targets (stakes) set in a lawn or sandbox area. Often off-road parks will have dedicated horseshoe pits available, but it’s easy enough to set up your own. In a game, players alternate turns tossing horseshoes at stakes in the ground, which are traditionally placed 40 feet apart.

There are two ways to score: by throwing “ringers” or by throwing the horseshoe nearest to the stake. A ringer is a horseshoe that has been thrown in such a way as to completely encircle the stake. Disputes are settled by using a straightedge to touch the two points at the ends of the horseshoe, called “heel calks.” If the straightedge does not touch the stake at any point, the throw is legally classified as a ringer.

One player pitches both shoes in succession to one pit, followed by the other player. This completes an inning. Typically, only one pitcher can score points per inning, however, some leagues and tournaments play “count all,” in which all points in each inning are counted. A horseshoe that is not a ringer, but comes to rest 6 inches or closer to the stake, has a value of one point (alternate scoring methods give two points if the horseshoe leans on the stake. (Also known as a “leaner.)” If both of one player’s horseshoes are closer than the opponent’s, two points are scored. A ringer scores three points. In the case of one ringer and a closer horseshoe, both horseshoes are scored for a total of four points. If a player throws two ringers, that player scores six points. If each player throws a ringer, the ringers cancel and no points are scored. If two ringers are thrown by one player, and one ringer by the opponent, the player throwing two ringers scores three points. Back-yard games can be played to any number of points that is agreed upon beforehand but are usually to 21 points, win by 2.

Corn Hole (also known regionally as bags, sack toss, or bean bag) is a lawn game in which players take turns throwing 16-ounce bags of corn kernels at a raised platform (board) with a hole in the far end. Corn Hole is named from the corn kernels typically used to fill the bag, and nowadays, they are usually filled with plastic resin or another material that will maintain a consistent weight and shape. Some bags are dual0sided to allow a different material on each side, one fast and one slow on the board. Faster bags are best in humid areas.

Scoring for Corn Hole is similar to horseshoes. A bag in the hole scores 3 points, while one on the board scores 1 point. Play continues until a team or player reaches or exceeds the score of 21 by means of cancellation scoring.  Cancellation scoring is common in throwing games, essentially, you just count the difference in scores.  Five for me and three for you means I scored two.

Corn Hole matches are played with two sets of bags, two boards, and two to eight players.  There are four bags to a set. Each set of bags should be identifiable from the other; different colors work well. The American Cornhole League’s rules (yes, it exists) call for double-seamed fabric bags measuring 6 by 6 inches and weighing between 15.5 to 16.5 ounces. Each board is 2 by 4 feet, with a 6-inch hole centered 9 inches from the top. Each board should be angled with the top edge of the playing surface 12 inches above the ground, and the bottom edge 3–4 inches above the ground. A regular court places the holes 33 feet apart, or 27 feet between the bottoms of the platforms.

Bags are tossed from the pitcher’s box, which is the rectangular area directly to the left or right of a platform. The bottom edge of the platform is the foul line.

Corn Hole matches are broken down into innings. During each inning, every player throws four bags, alternating between each throw. A player must deliver the bag from either the left or right pitcher’s box, and remain in that designated pitcher’s box for the duration of the game in doubles or crew (in crew, each player will only throw 2 bags.)

Washer pitching is similar to both horseshoes and Corn Hole, it involves teams of players that take turns tossing washers towards a box or hole. The game has many variations and may be called washer pitching, washer toss, washers, huachas or washoes (which is based on the similarity to horseshoes).

The object of the game is to earn points by tossing metal washers, usually around two inches in diameter, and 1/8 inch thick, toward a hole, usually denoted by a can or PVC pipe, known as the cooter, often in a box. Washer pits and boxes vary in size and shape, but a standard for one-hole washers is 16 in × 16 in × 4 in, with a cylindrically-shaped cup (4½ inches in diameter and 5 inches in height) located in its upper surface. Boxes are placed approximately 20 feet away from each other, a distance often determined by a string attached to the front of each box.

The throwing player stands next to or behind one box and tosses washers toward the other, normally using an underhand throw. Scoring is similar to horseshoes in that the second team to throw can wash-out/rebut any points that the first team may have scored, then add to their own total. Three points are awarded for a ringer (a washer in the cup). One point is awarded to each washer inside the box. Games are normally played to 21 points.

So next time the cooler is opened at the end of the day, set up the pitching games too, it’s a great way to settle “who’s the better wheeler” once and for all. 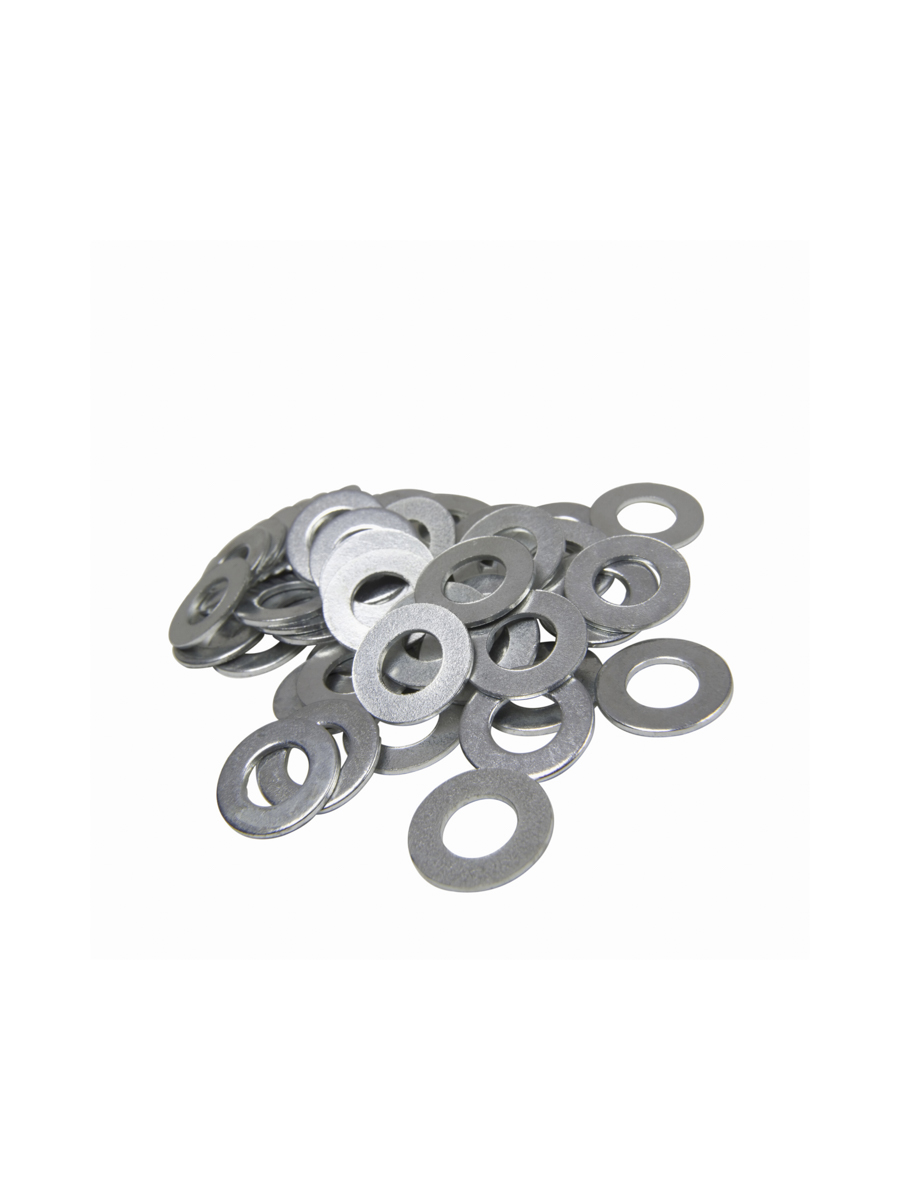 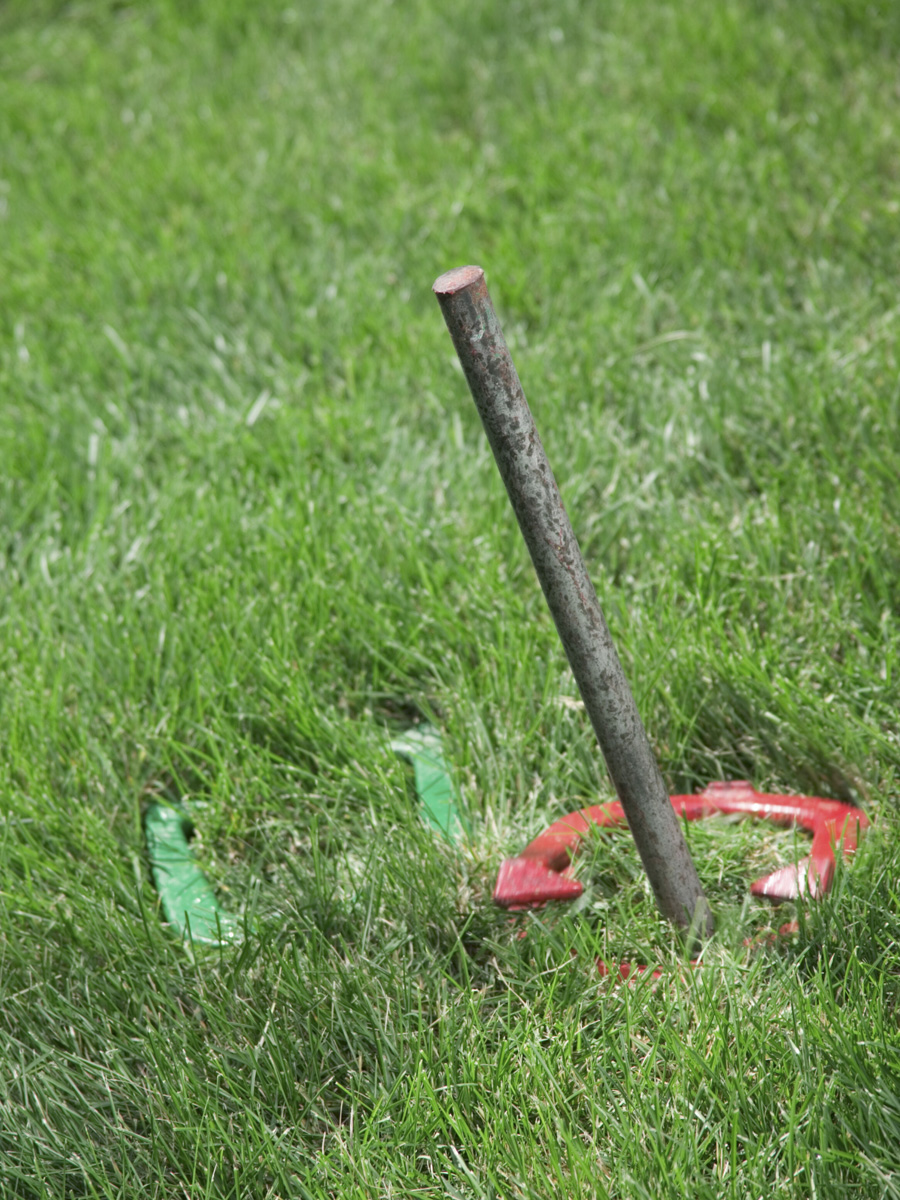 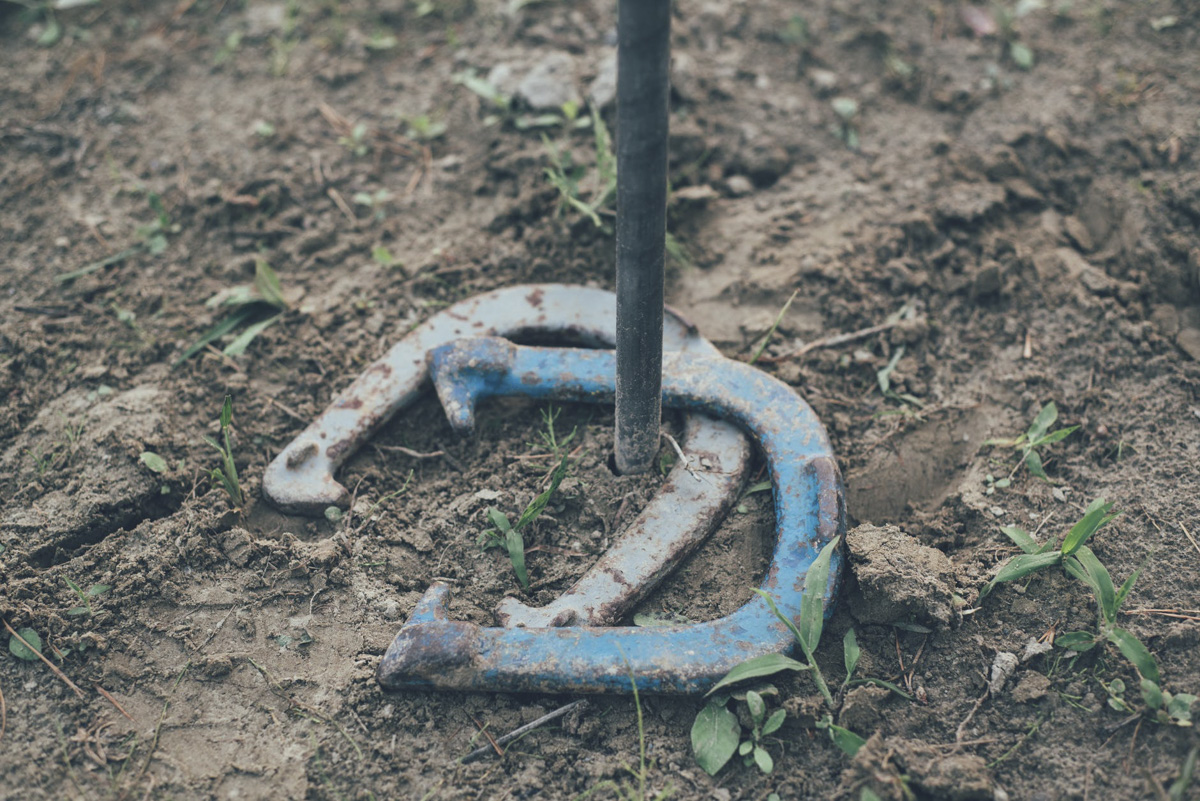