In Memoriam 1977-2015
I never had the pleasure of meeting Pete, I had heard of him, of course, he was the JP magazine editor. Our paths had never crossed until just a couple of months ago, in a round-about way. An old friend, Jeff Foster called me to discuss an opportunity for a story for the magazine. The story was going to be written by Missy Howard, Pete’s girlfriend. The story was an adventure trip called “The Epic Willys Adventure”. Jeff asked me to talk to Missy and after doing so, I became interested in knowing more about Pete, so I started making phone calls.

Old Jeeps were a passion for Pete, he fit in well at JP, and in our 4×4 industry.

He loved adventure, looking for the next cool project, called on his friends for advice or to run ideas passed. Always planning, always cheerful, always willing to help, always positive and always easy going, that’s how his friends have described Pete. He was smart, well read and a good person, but he never saw himself as good enough. He was plenty good enough!

Pete’s adventures read like a “what not to do.” Stories like traveling across the country to pick up a Scrambler that had seen better days. He convinced his senior editor at JP to allow him to use a grand Cherokee with a diesel conversion to be the tow vehicle, overloaded a trailer with most of personal possessions and the Scrambler in tow. Ended up stopping in Wisconsin to swap a motor into the Scrambler and fix a rust hole in the Scrambler with plywood so no more personal items would be lost. Meeting and making a new friend in the process. Next stopping in Wyoming to trade for more parts and make plans for the restoration of the Scrambler. On and on, Jeeps, plans and adventure, the kind of life most of us wish for.
Pete was taken from those that knew and loved him much too early. Pete was a Jeep guy, through and through. May we all learn something from him, live life as an adventure, follow your passions and make every day count. 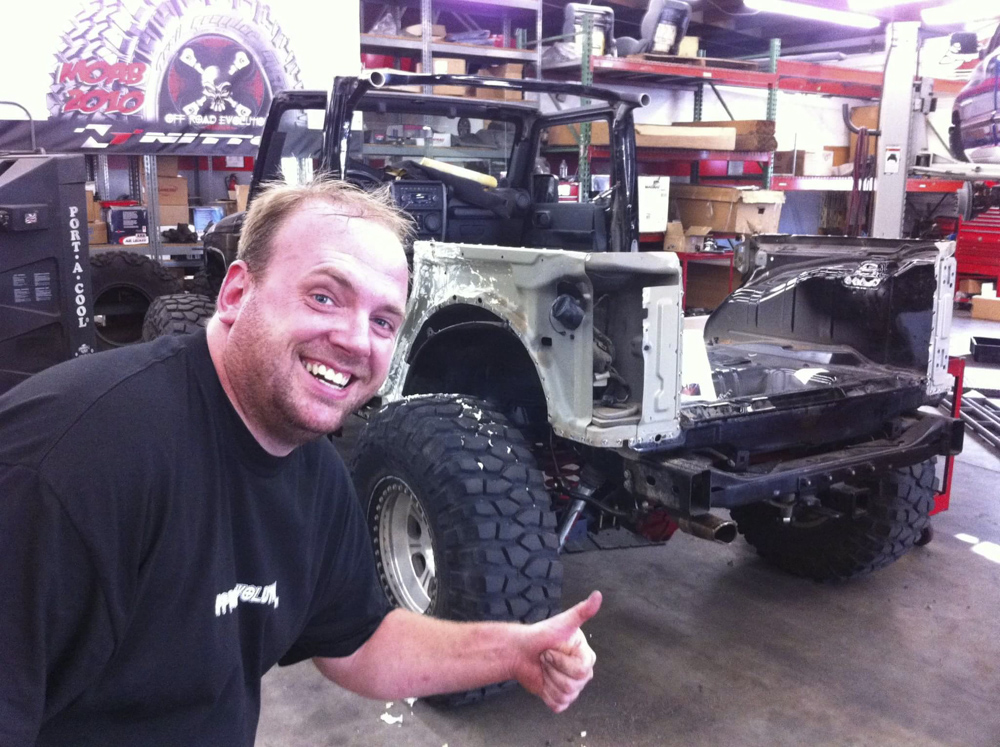