Story and photos by Damon Hopper

Short history, In October 2016, I bought a retired comp rig at Trail Hero that belonged to Shon Wilson, I was just a trail guy who was ready to get behind the wheel of a very capable rig and really have fun on the trails. But after I started to learn the car I got a call from LiL Rich Klein and he wanted me to come out to Sand Hollow and teach me more about her. So I did and that’s when I decided to give W.E. Rock a try in the Sportsman A class.  April 2018 saw my first competition at K2 in Mason, Texas.  Little did I know that would be a life changing event and one that changed my whole perspective on rock crawling and myself.

My intention was a one-off event, learn something new and go back to trail wheeling.  My wife, Cindy, had a different idea.  She liked seeing me having fun, so I (she) decided I needed to finish out the East Coast series.  K2 had Steve Sharp as my spotter, Joe Semanchik jumped in at Rausch Creek and Steve joined me again at Kizzar’s in Tennessee.

2018 was a great year for rockcrawling, I ended up on top of the podium for the Sportsman A class in my series. 2019 saw a return to trail wheeling, well, until this happened.  Fast forward to October.

I was looking at my collection of 4 wheeling pictures from over the last couple of years, and there was one of my friend, Gordon Bailie, standing next to Jim Hardy’s bronco on Jan 1st, 2016.  We had seen the Bronco for the first time when we wheeled with them at Sandhollow, Utah. Jim was the third owner of this bronco.

Just for fun (and because I liked the bronco), I took a screen shot off my computer and posted it on Instagram. Four hours later, my wife walks into the house, I mention the bronco is for sale and she says “you need to buy that rig”. (She didn’t bother to explain that it was obvious I was getting itchy feet for a new adventure and this was the perfect opportunity to get me off the couch and add a little excitement to my life.)  So quickly I put almost everything I own up for sale and within a few weeks I had raised the money that was needed to buy the rig. I call that a “meant to be” situation.

I’ve got a thing about history, the comp rig I crawled in was Shon Wilson’s retired rig, I started crawling with Shon’s angel looking over my shoulder.  Now I’ve got the first car that won King of the Hammers, JR Reynolds Bronco.  It dawned on me that it would be great to put this car back in the Hammers in the 4400 class.  All I could do was hope and pray that the people making decisions for the Ultra4 competition would let this machine back in, and they did.

My hope for doing this is to bring back some history from the Hammers and the other off-road events that paved the way for us into today’s world. I didn’t start wheeling till 2009 and there is so much that I missed and so much to look forward to see. In 2016, I got to be around some great drivers and did pretty well in competing in W.E. Rock Sportsman A in 2018. And for 2020, I hope to finish the Hammers and that in itself will be the second hardest thing I will have ever done. 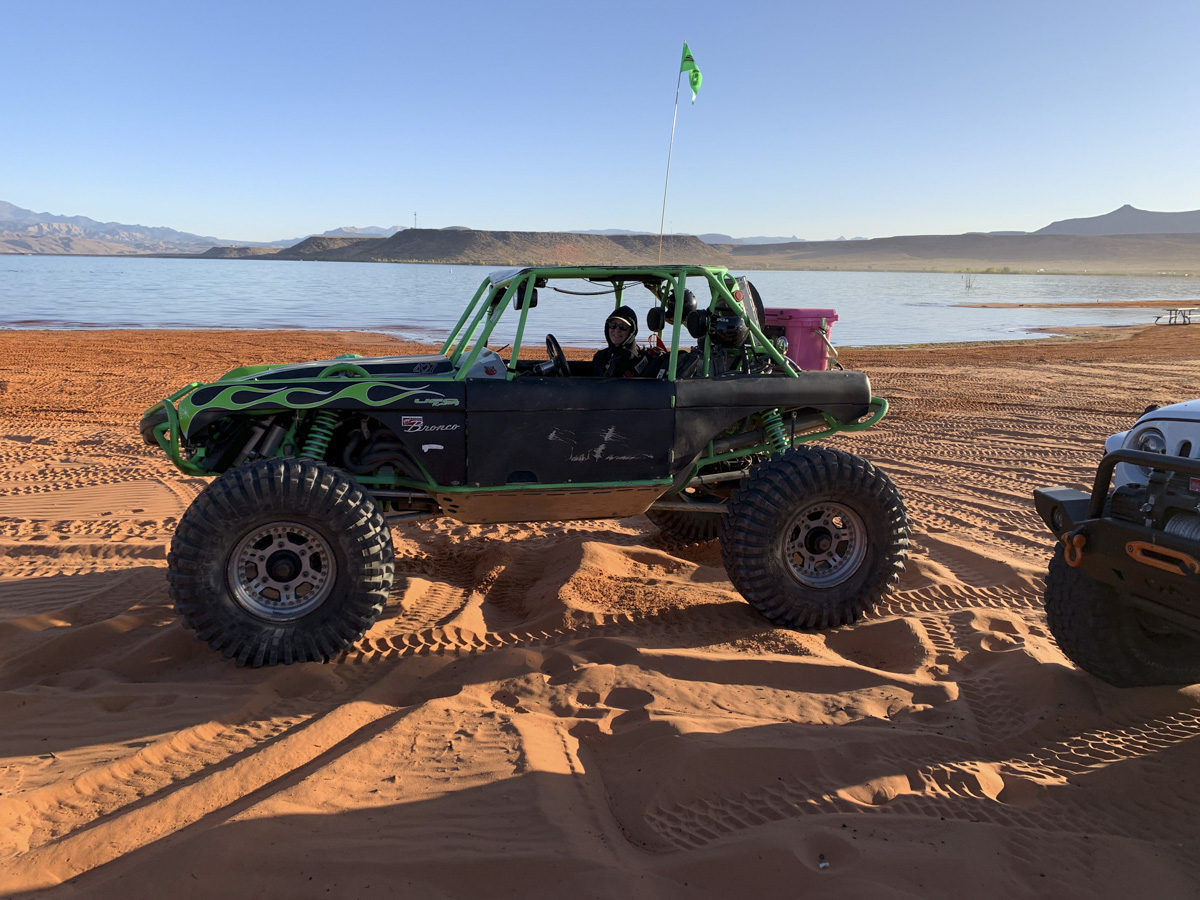 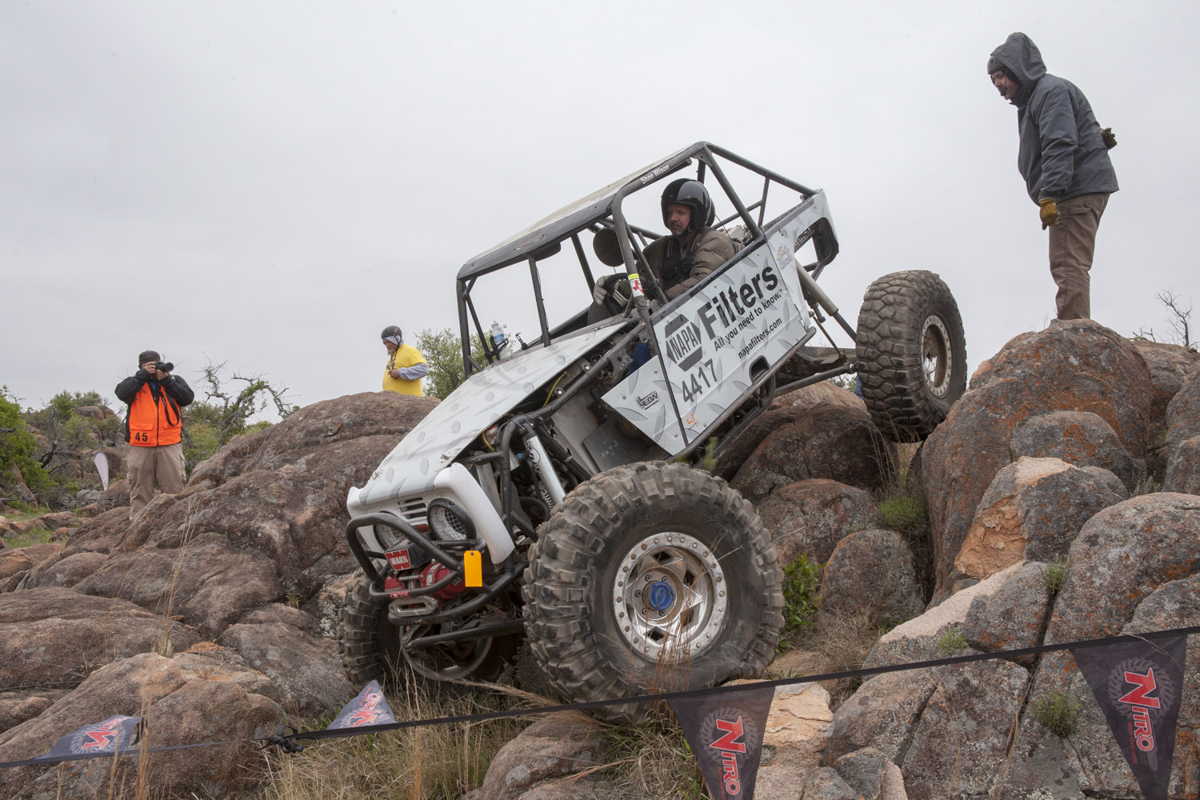 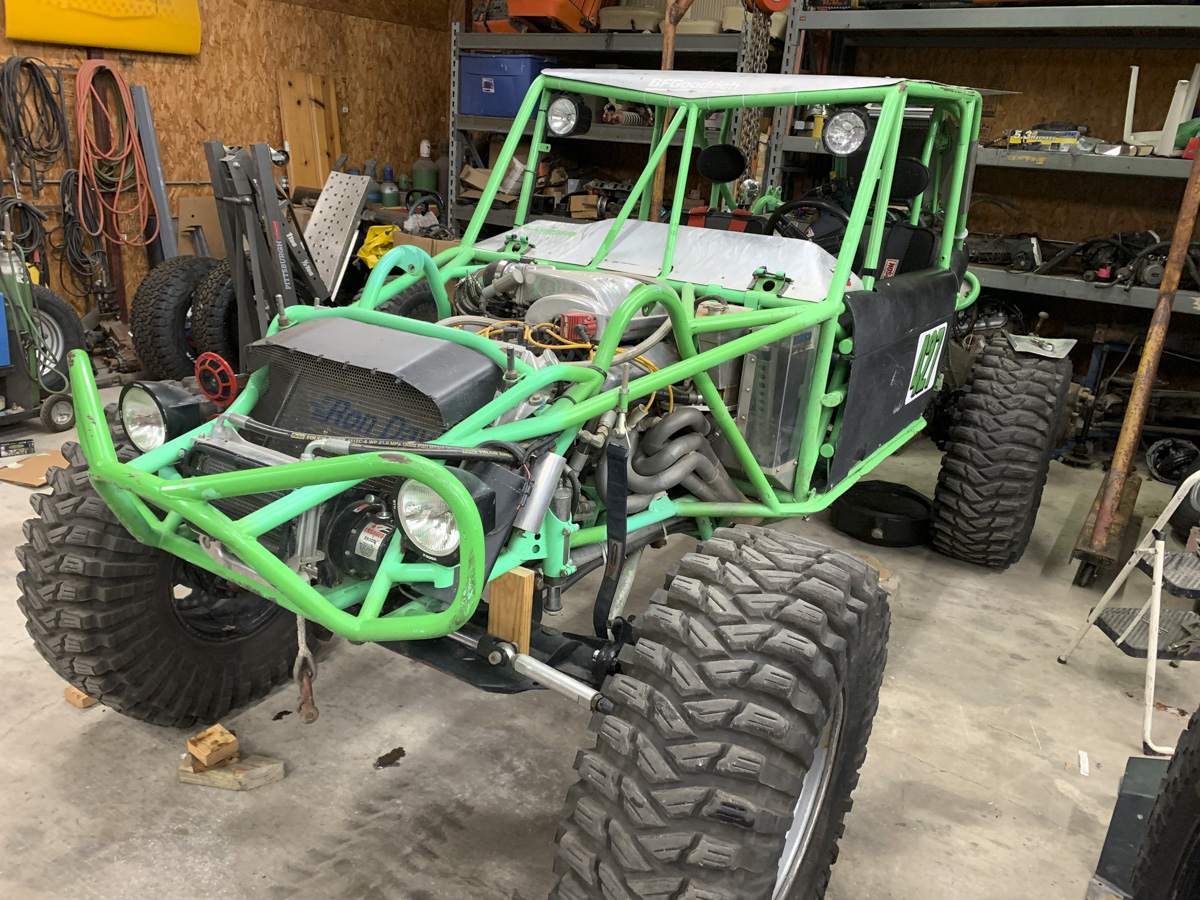