Held in the wilds of Mexico’s Baja Peninsula for the last half a century the Baja 1000 has always been one of the ultimate tests of engineering and driving skills. A literal graveyard of stock car parts, innovation in vehicle design had come to the fore even way back in the late ’60s… as seen in the famous Boot. Built by Vic Hinkey, who would go on to design both the Lunar Rover and the Humvee, it was a space-framed 4×4 with a mid-mounted V8 and all-round fully independent suspension. Well ahead of its time, it is considered to be the grandfather of all today’s Trophy Trucks.

Briefly owned and raced by Steve McQueen, it won the first running of the Baja 500 in 1969…. the same year that Rod Hall took victory in the longer Baja 1000 in a Ford Bronco. Long retired from active service it was bought a few years ago for the Glickenhaus collection, but although it hasn’t raced since the mid-’70s it has inspired one of the most intriguing Baja entries for many, many years.

The story of how the Glickenhaus Boot got to Ensenada began back in 2005 with a conversation between Andrea Pininfarina, of the famous design house, and James Glickenhaus, a well known collector of cars. He asked that if instead of simply collecting cars, what would he make? That question, coming from such a luminary of the automotive world, was the spark that brought the glorious Scuderia Cameron Glickenhaus cars to life. The Boot is the latest in a prestigious line of these motoring masterpieces.

“For us Baja Boot is an incredible piece of history,” James’ son Jesse explains. “Of all the cars in our collection, it was always this one that elicited the biggest smiles, from little kids to people who are not typically excited about cars. At the same time, we saw many companies, especially luxury brands making so called ‘SUVs’ that are completely incapable in serious off-road conditions. For us, a real SUV is something you can drive to Ensenada, race in the Baja 1000, and then drive home.”

Glickenhaus’ well-deserved reputation in Europe comes from building GT3 cars from scratch to race against semi-works entries from Porsche, Ferrari and Mercedes-Benz on the world’s most notorious circuit, in the gruelling Nurburgring 24-hours. The trophy cabinet, now full of hardware from class wins, top tens and podiums is a testament to the company’s skill, determination and commitment in the harshest environments. With the unique spider-faced buggy staring at him from the collection it wasn’t such a departure to make a bespoke racer for another legendary event with a similarly extreme reputation. “Also there is no other company designing and racing cars for the Baja 1000 and also the Nurburgring, so it seemed like a great challenge.”

To build this special, one of a kind off-roader, they chose Elliot Pollack of Armada Engineering, a company well known for their ability to create things outside of the box. Without going into too much technical detail the SGC Boot is based around a chromoly tube-framed chassis, fitted with a rear mounted 6.2 l LT4 V8 usually found in a Corvette. Like the venerable original every corner is independently sprung with each 39 inch tire capable of 23 inches of travel. So that those long A-arms can have such a movement the new Boot is even wider than the Hummer H1.

With just 18 months from rendering to rolling, the project expanded to include not just one off-road race truck but also a limited production run. A ‘Jeep’ you can pop to the shops in… then drive down to Mexico to do a 1000 mile race with. A handy little multi-purpose vehicle for those with a cool $250,000 to spare. But before that, it needed to complete the proof of concept. The world’s toughest off-road event would be the perfect proving ground.

But there was to be an extra element of competition. Fifty years after Hall’s win in a modified Bronco, Ford Performance returned with a racer made to look like the next model of the Bronco. To make their rivalry more official SCORE put them in the same class… ‘Boot vs Bronco 50 Year Rematch’ had a good ring to it. It also wasn’t exactly an equal fight as the Boot raced only with parts that will be on the production cars sold to customers (apart from safety features like the roll cage). The Bronco was much more of an outright race truck with just some body parts resembling the new model.

With an experienced team behind them the Boot crew knew what was ahead of them on the car-killing course so in a brand new and untested car getting to the finish would be a huge accomplishment. But from the live timing of the opening section of the course they could see that they were much faster than the Ford Performance factory effort… and so it became a real race.

A 34 hour time limit for an 800 mile (1280 km) long course might seem like plenty of time but the desert and mountain tracks, used for half a dozen races over fifty years, are as rough as they come with ruts, ‘whoops’, washouts and sections of car drowning silt. This year it was made even more challenging by torrential downpours that flooded the region. The start was delayed by a day while the organisers re-routed the course around completely washed out sections.

And it was the mud that caused the first issue. When they’d tuned the shocks they hadn’t accounted for the extra 500 pounds of mud that quickly attached itself to the car. So much heavier, the rear suspension began bottoming out. At one of the scheduled pit stops for fuel Darren Skilton and co-driver Mike Rossey made the call to re-tune the rear shocks. It cost over an hour, which let the Bronco get 35 miles ahead of them.

Catching back up with them wasn’t such an issue though as the Boot team calculated that the Ford was going much too slow to make it back to the finish before the 34 hour cut off time. With the Boot now bouncing perfectly along they left the Ford far behind and concentrated on their own race.

Viry Felix and co-driver Jono Vizcardo took over at the wheel and made their way through the toughest sections of the course in the desert near the Sea of Cortez. Jesse followed them in the helicopter. “Watching the Boot steadily climbing and descending those trails was really emotional,” he says, as he contemplated the similarities and differences of the Baja and the Nurburgring. “Both are tough endurance races and there’s an incredible fan base that travels from all over the world to both events. But the Baja is much more challenging. Imagine the NB24 except that instead of a 16 mile lap there is one 800 mile course and so the logistics are much, much more complicated. Whenever there is an issue with the car, instead of driving back to the pits, the entire crew needs to figure out the problem, collect the necessary tools and parts, race along the actual race course to find the car, and fix the problem in the middle of the desert, with no electricity or lights.”

Jon Krellwitz and Pat Smith took over for the final stint back to Ensenada and heading out into the most remote section of the course everything looked good. They were still running strong when many other much more modified vehicles had broken and retired… the Bronco being one of them. But just 40 miles from the end Jon noticed a problem with the front which turned out to be a crack in the front spindle. The service crew prepared a new front set up, raced out to find Boot at a road section and made the repair. They had two hours left…

But with just eight miles to go a front brake disk cracked and the calliper seized the wheel. Once again, the service crew were dispatched and with the brake line crimped and a new wheel fitted they blasted off… this time though there was no time left. With the nervous team waiting on the ramp in the center of Ensenada the clock kept ticking… thirty three hours, fifty nine minutes down. Just a matter of seconds before they would be timed out and all the effort would be for nothing. But after 800 miles and almost a day and a half of extreme off-roading the Boot took the checkered flag… with just forty-three seconds to spare.

The trophy went home with the Boot. And just as they’d intended (with four operational brakes again) they drove it back home to California.

But this is far from the end of the story. Glickenhaus are currently well on the way to getting the Boot approved for the US and ready for customers in 2020. A 4-door version is soon to be launched. The Bronco will be back at the Baja next year so Jesse is looking forward to beating the Ford Performance team with the stock Boot. Again. 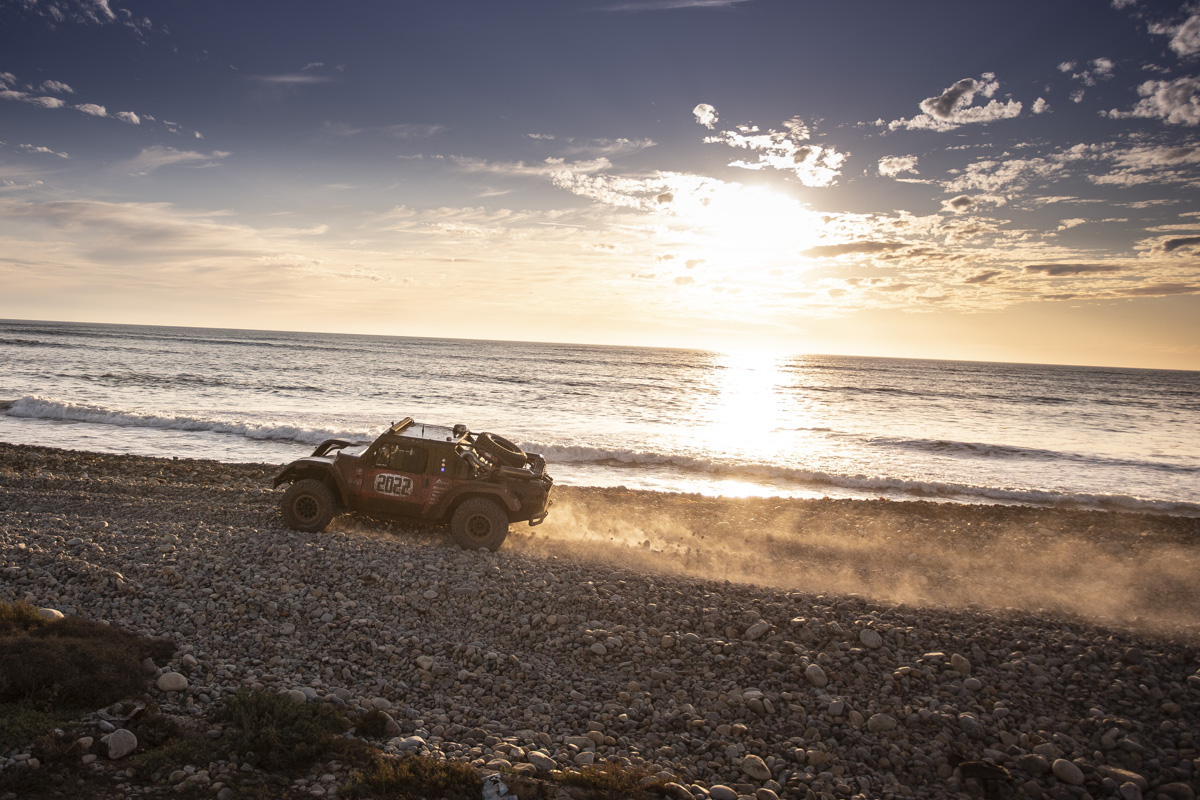 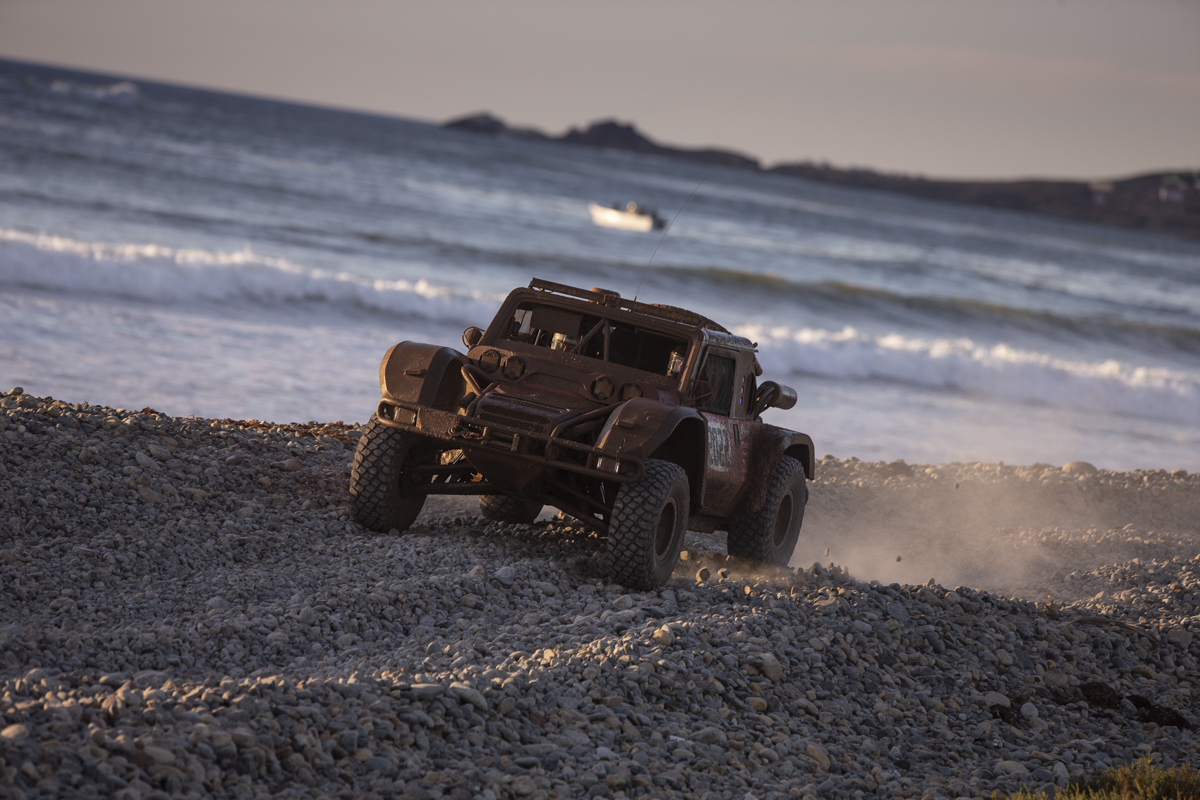 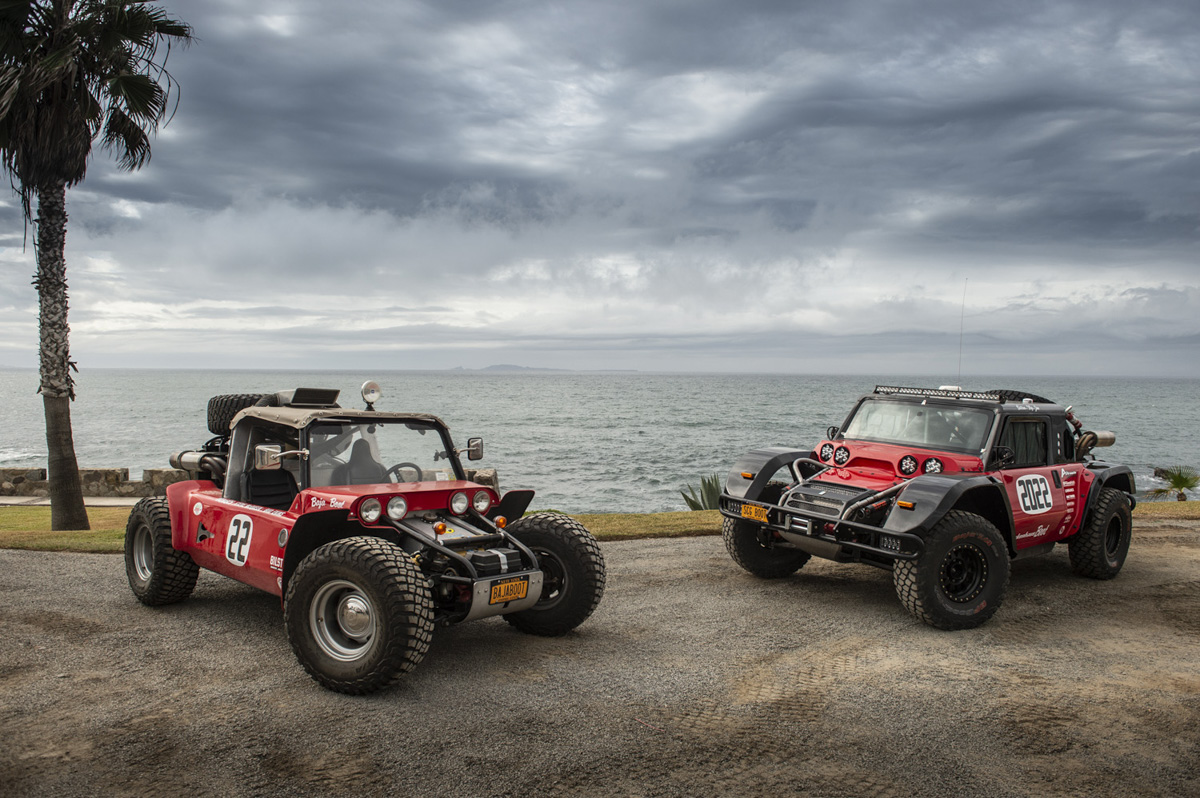 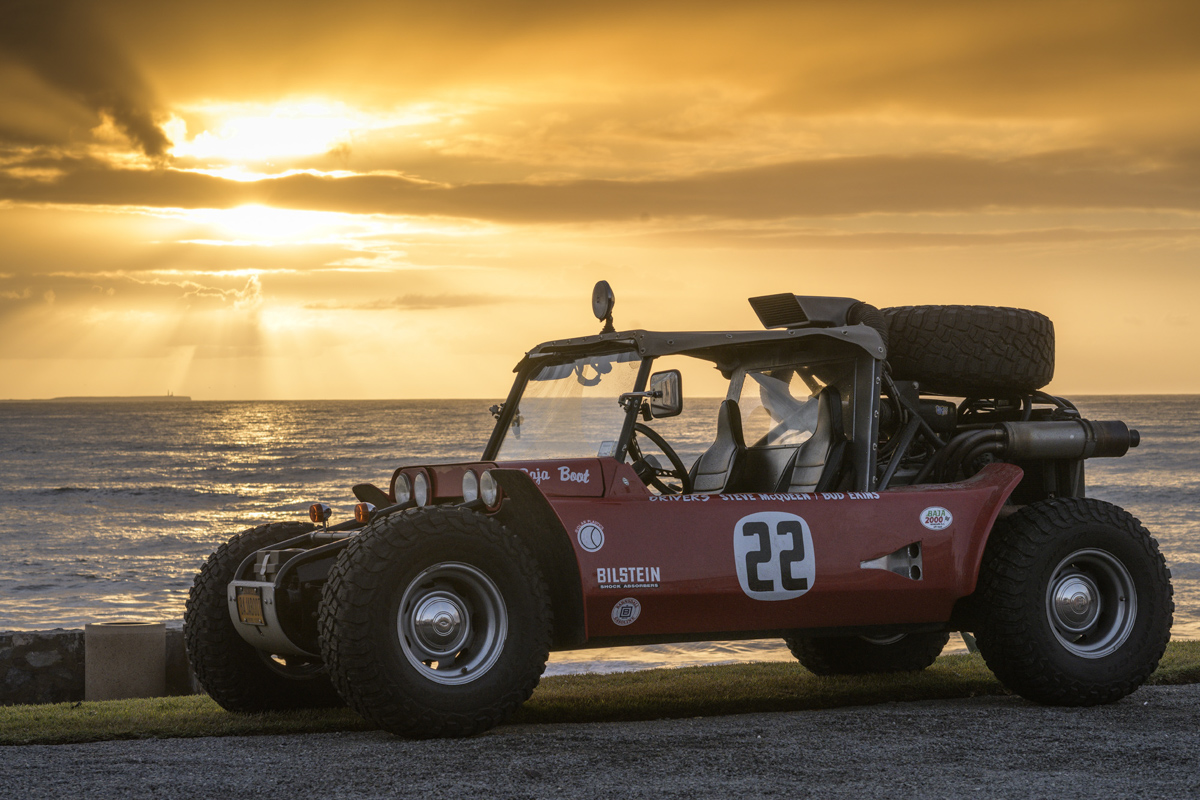 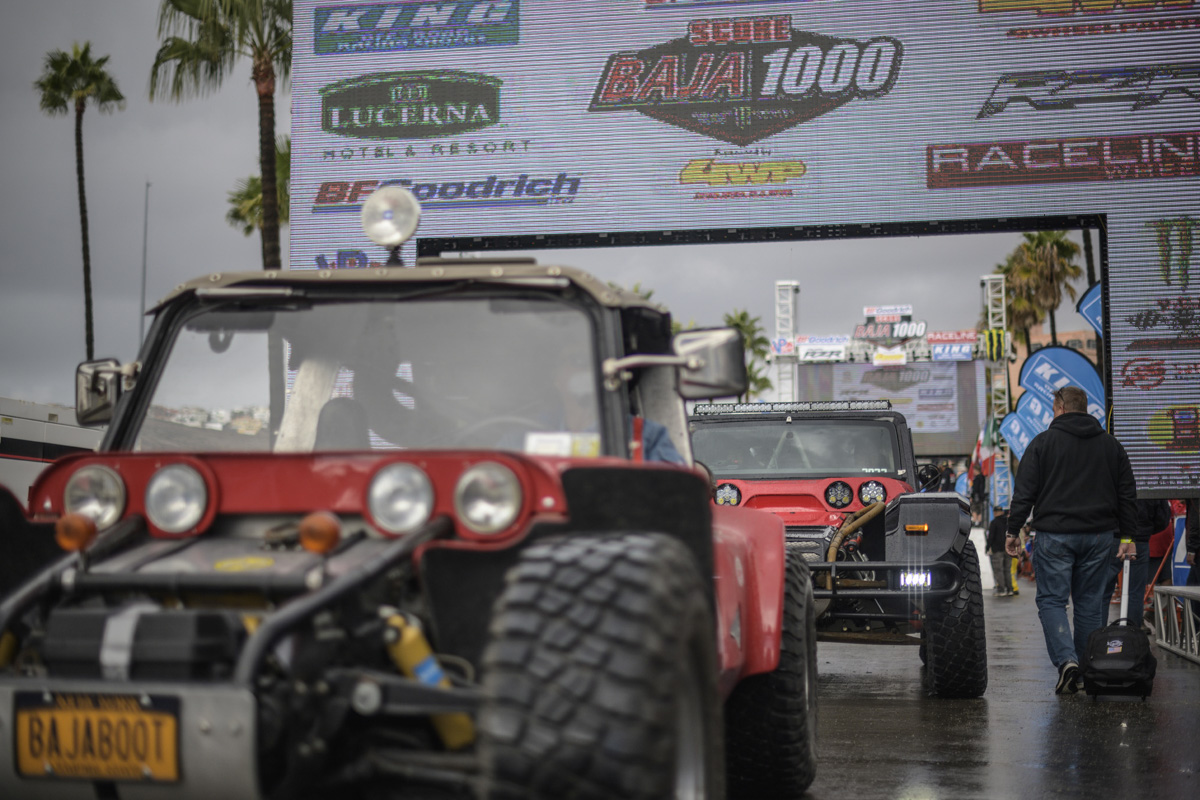 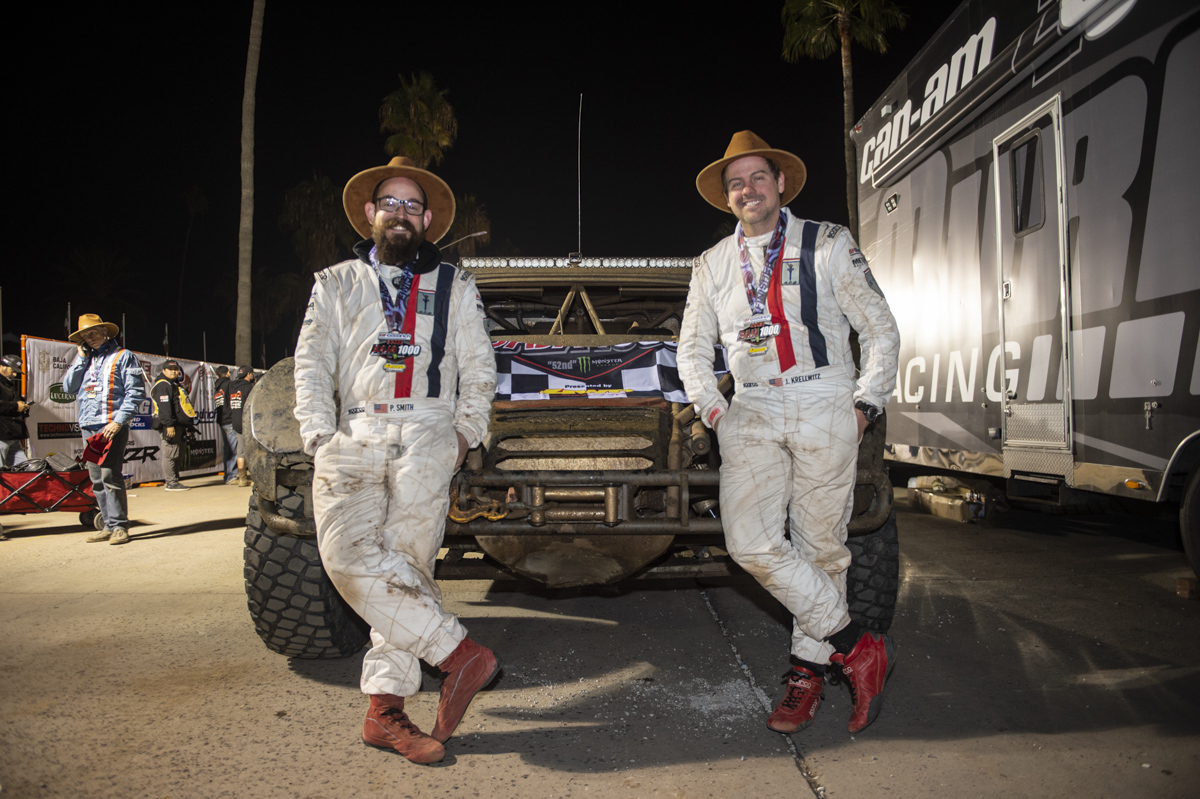 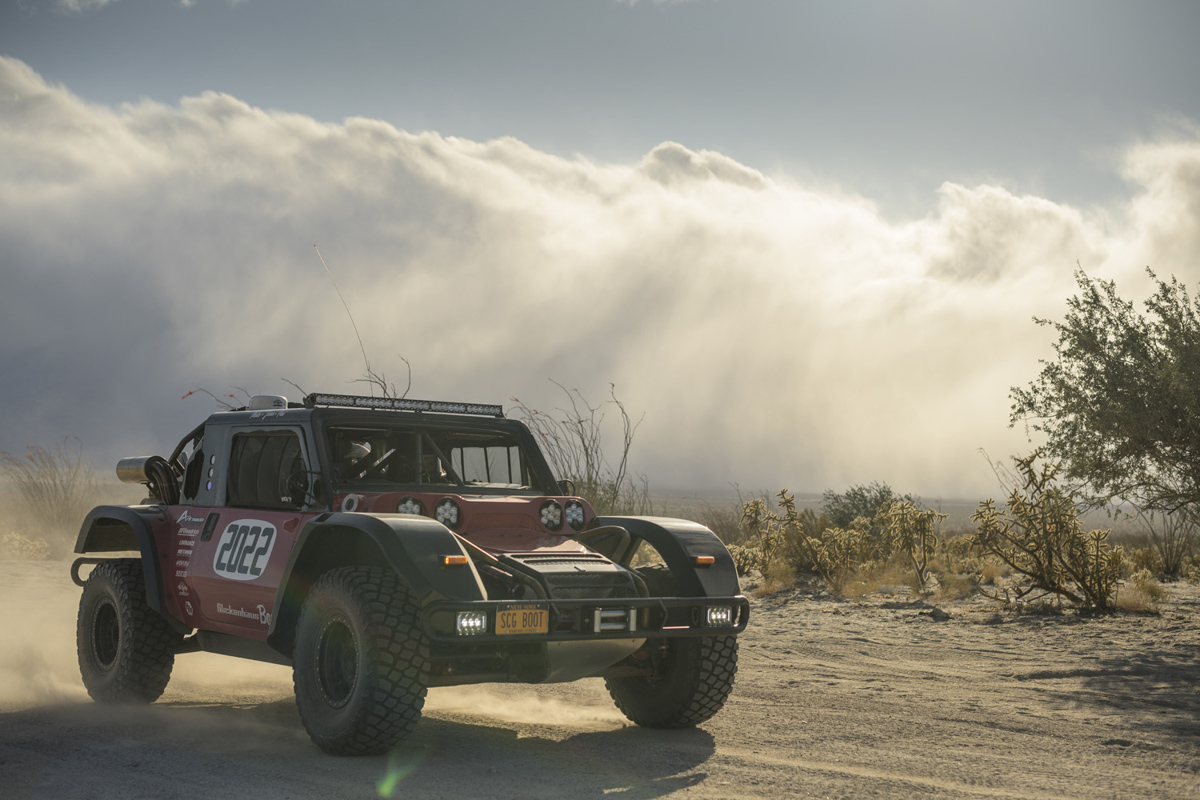 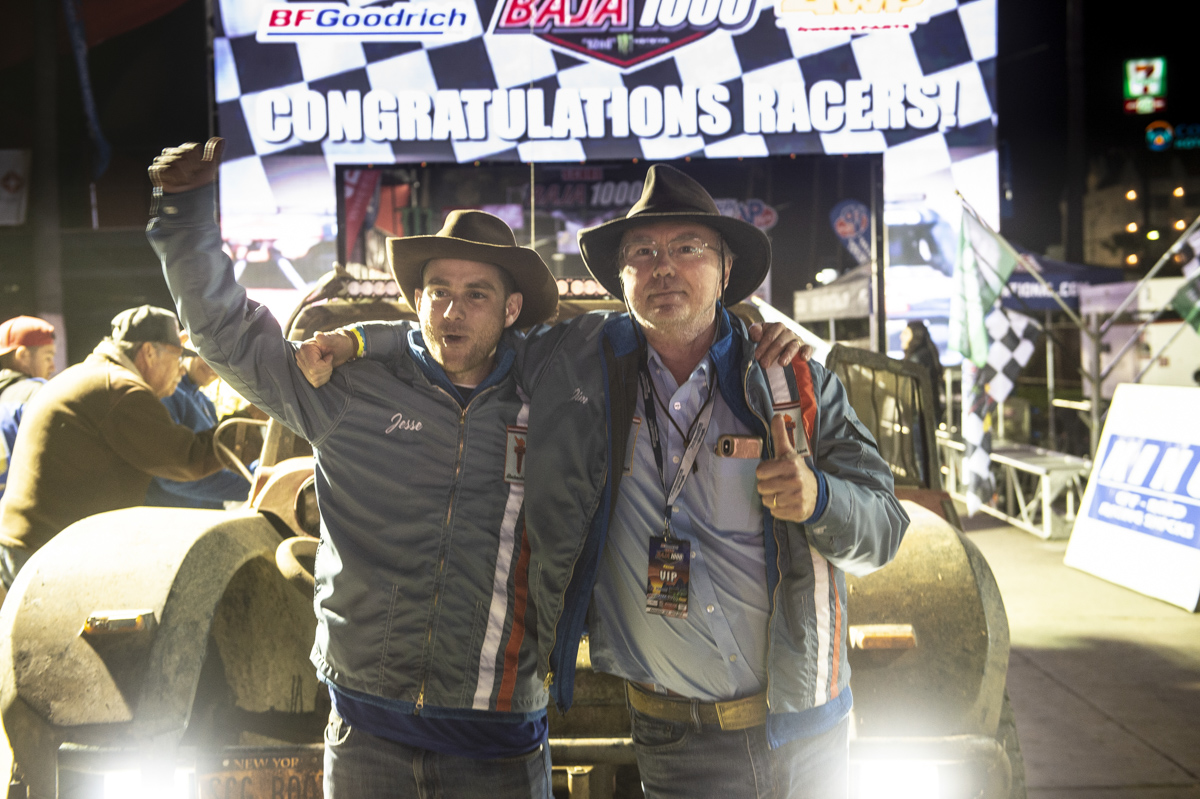 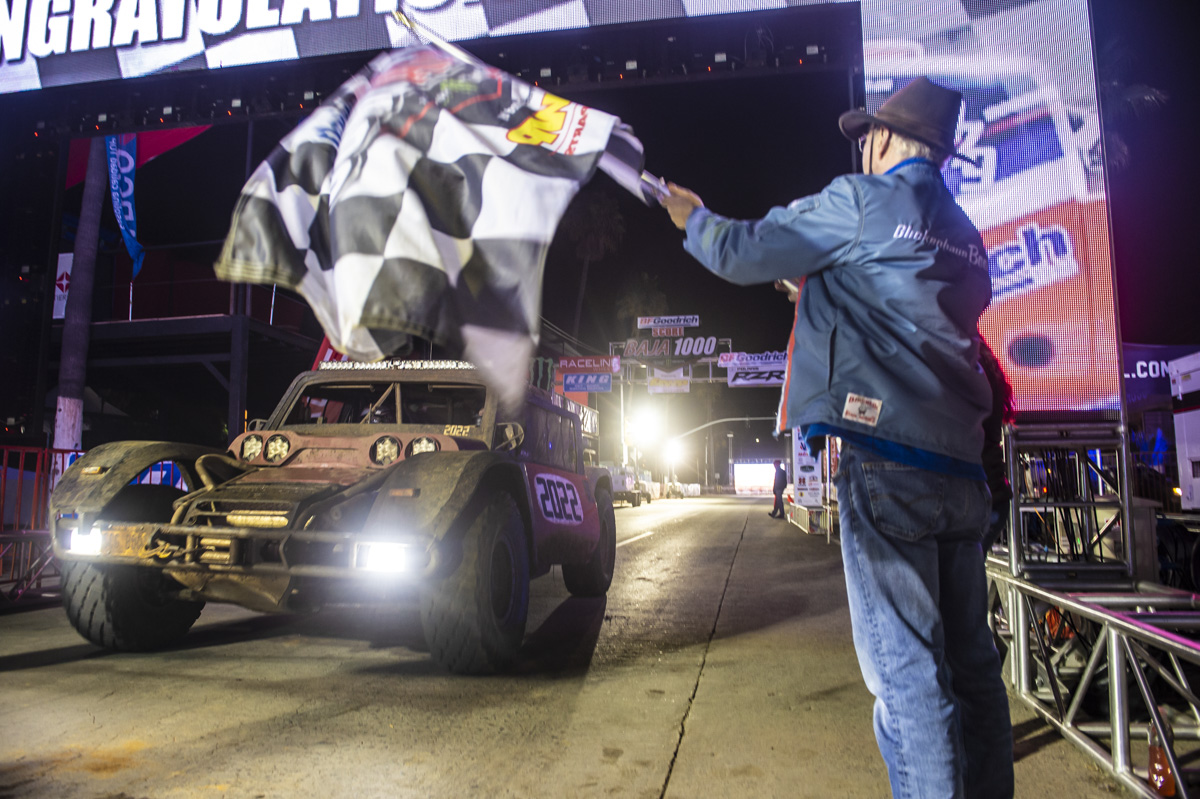 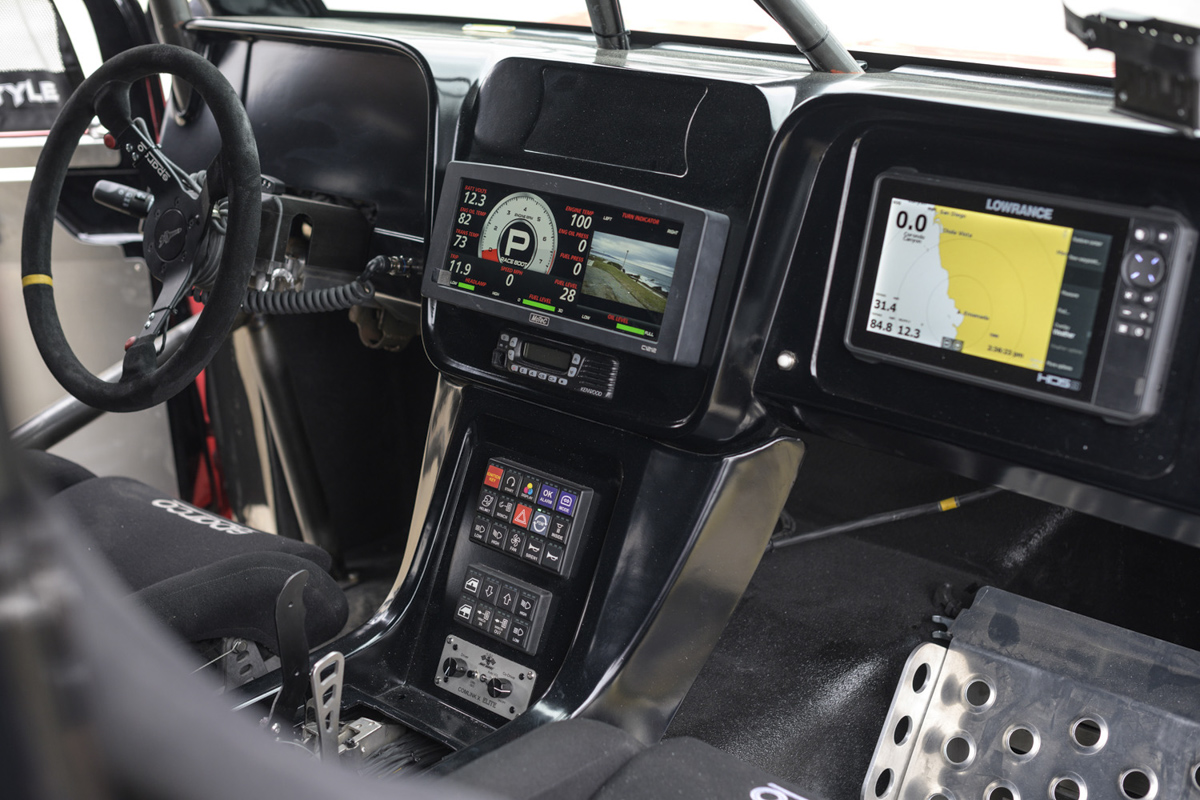 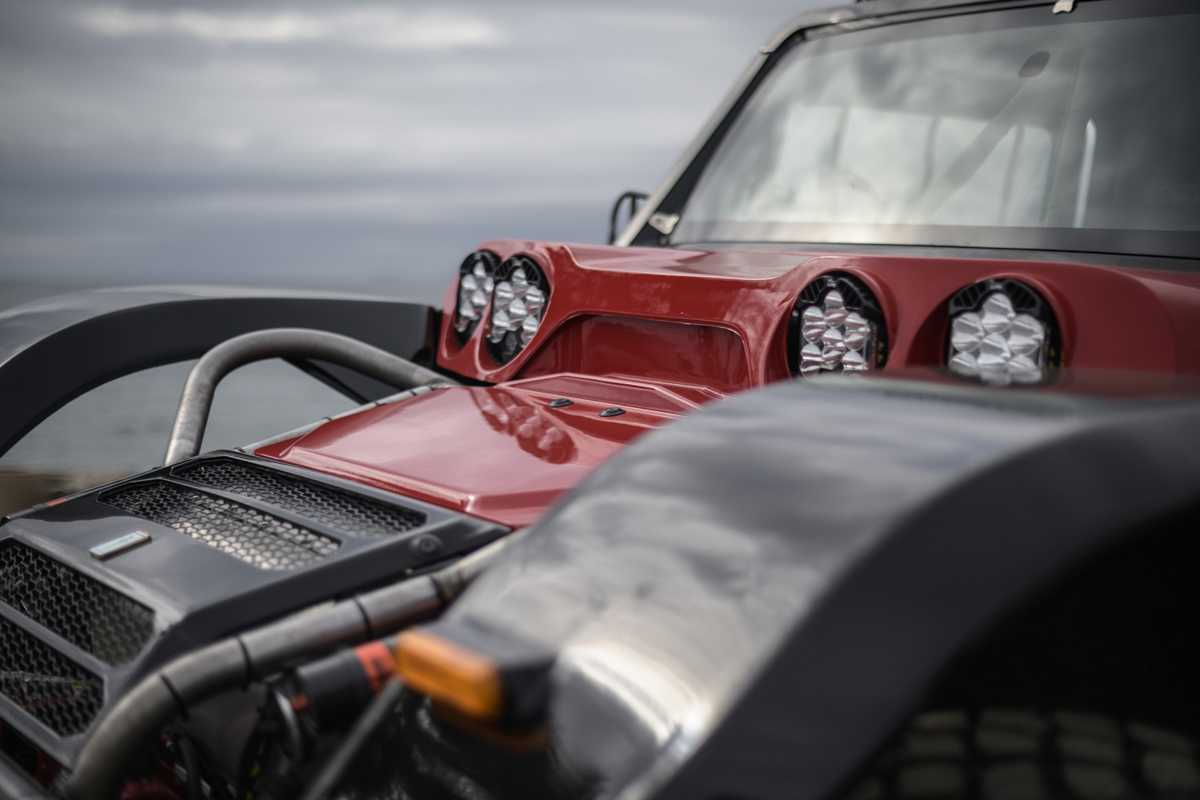 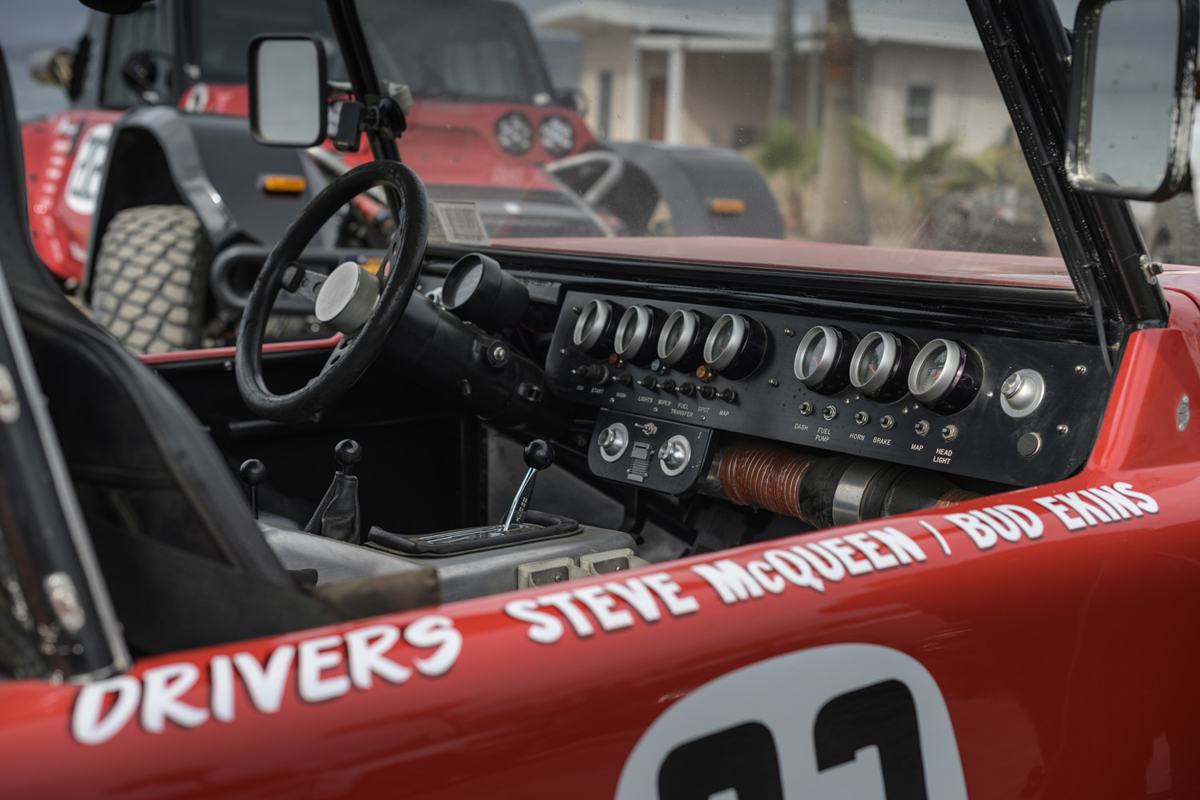 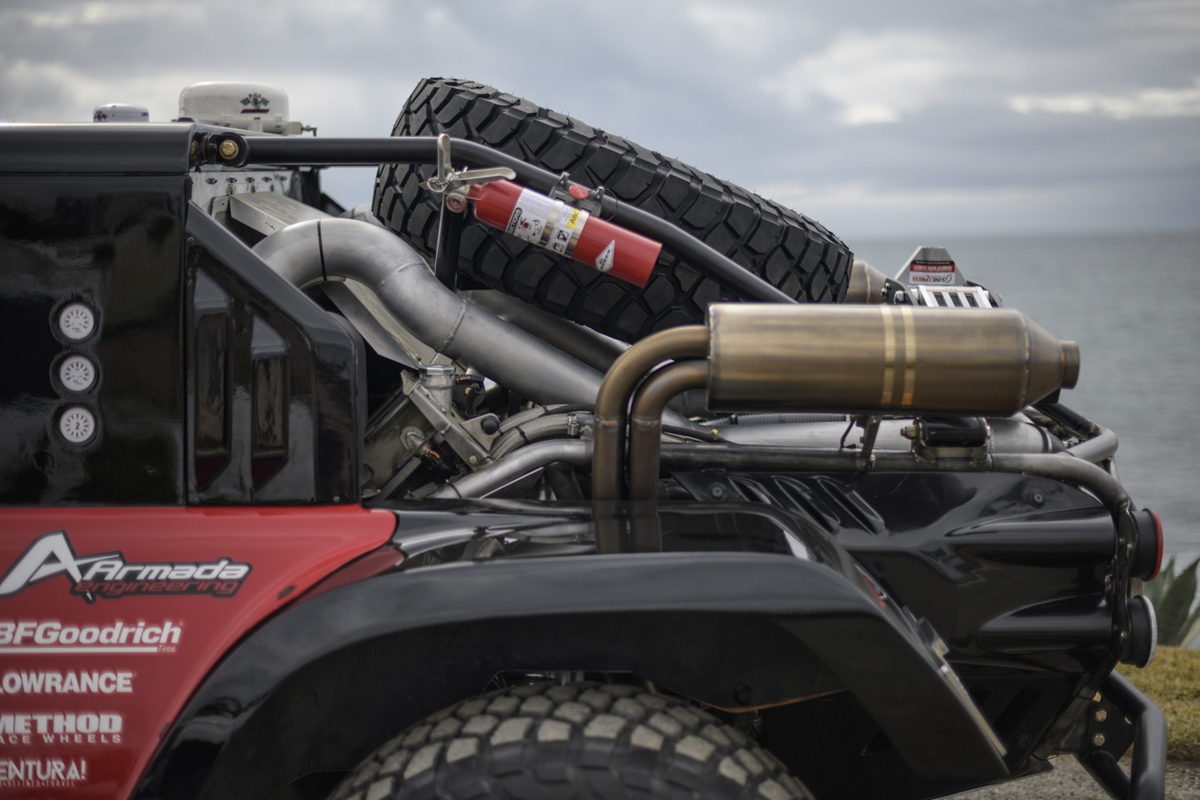 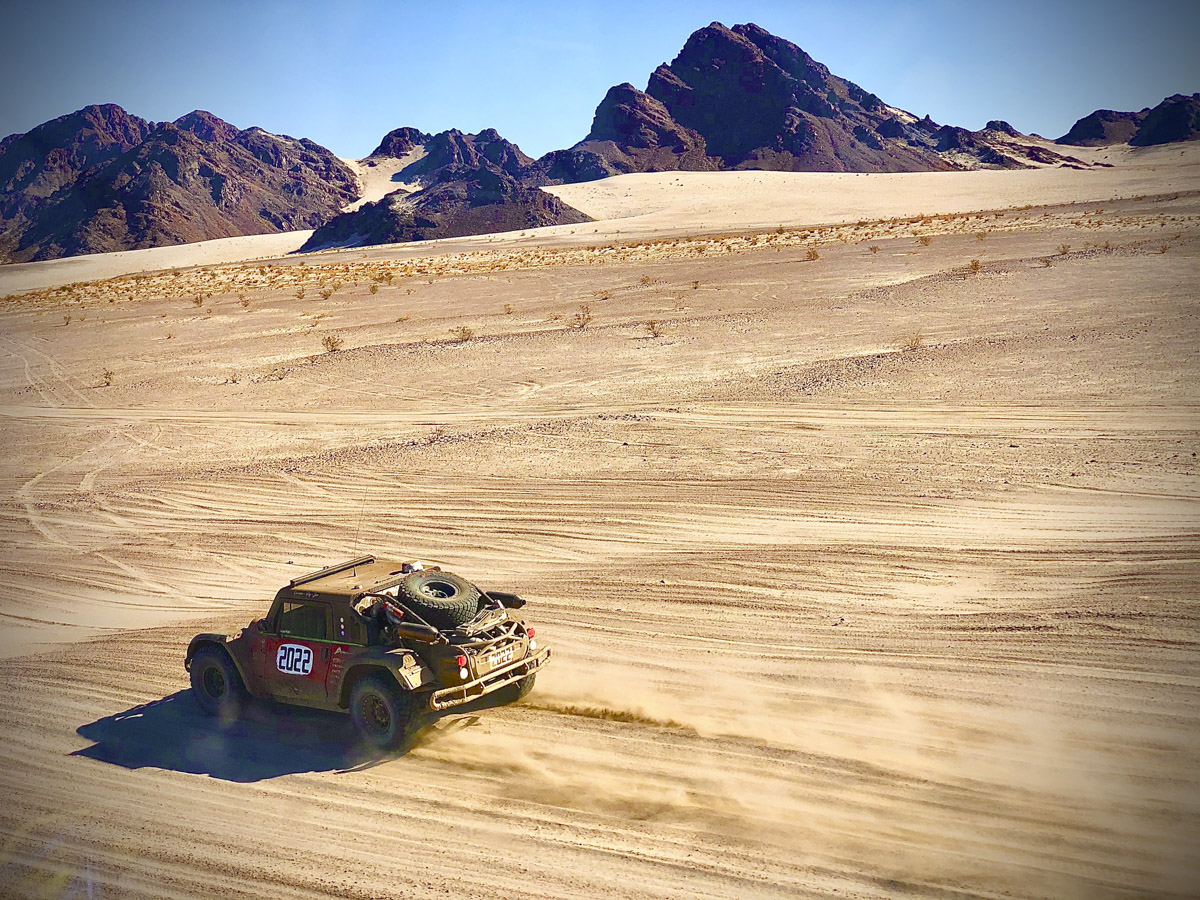 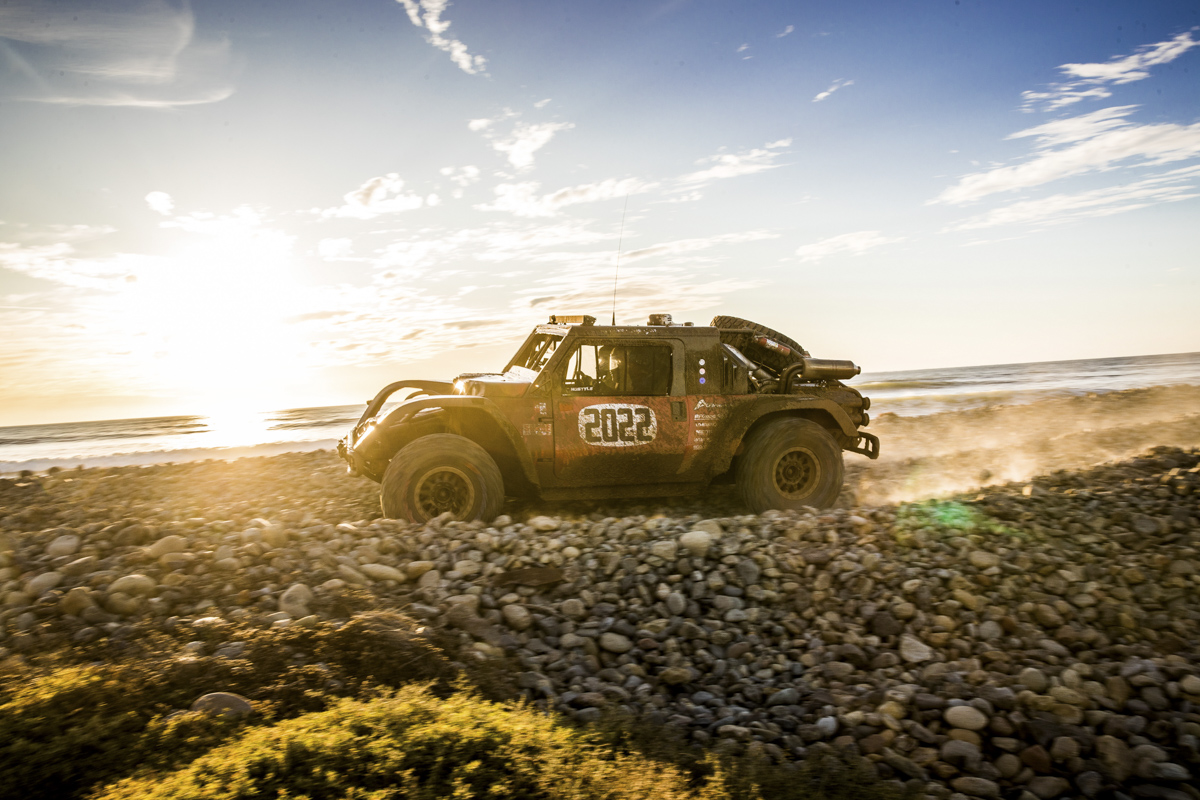 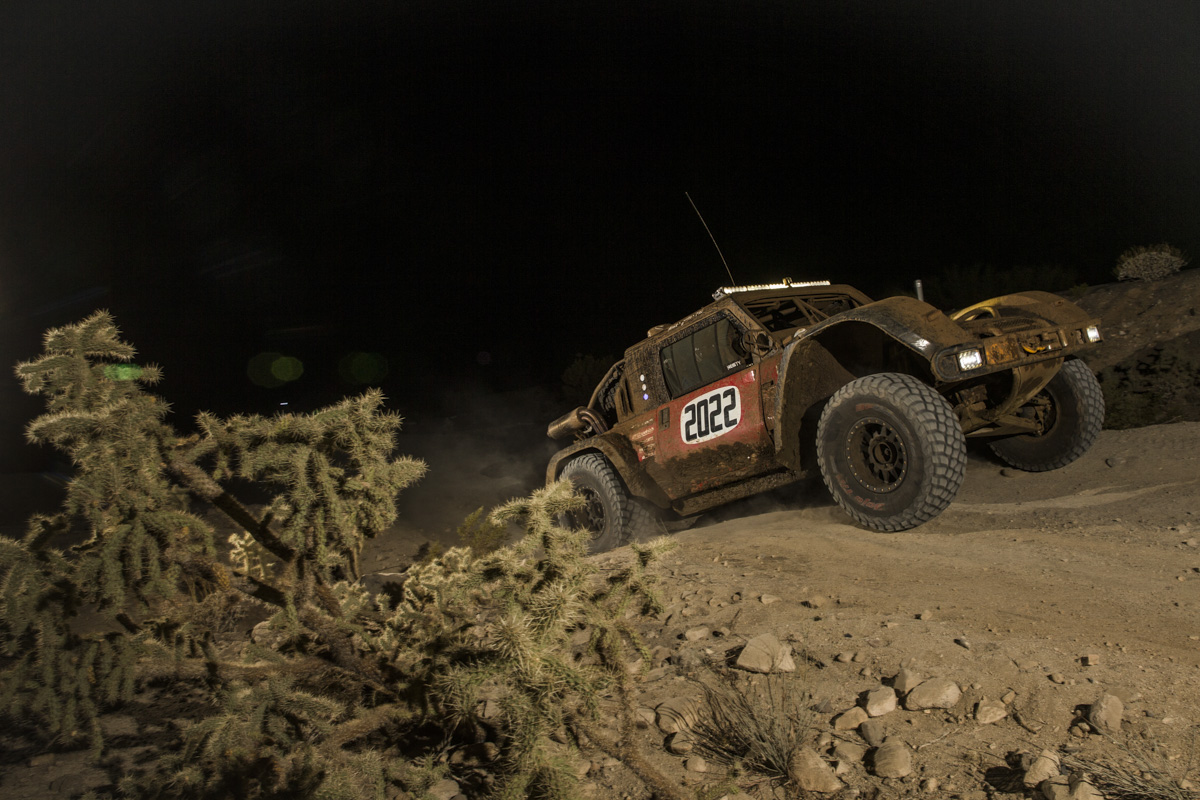 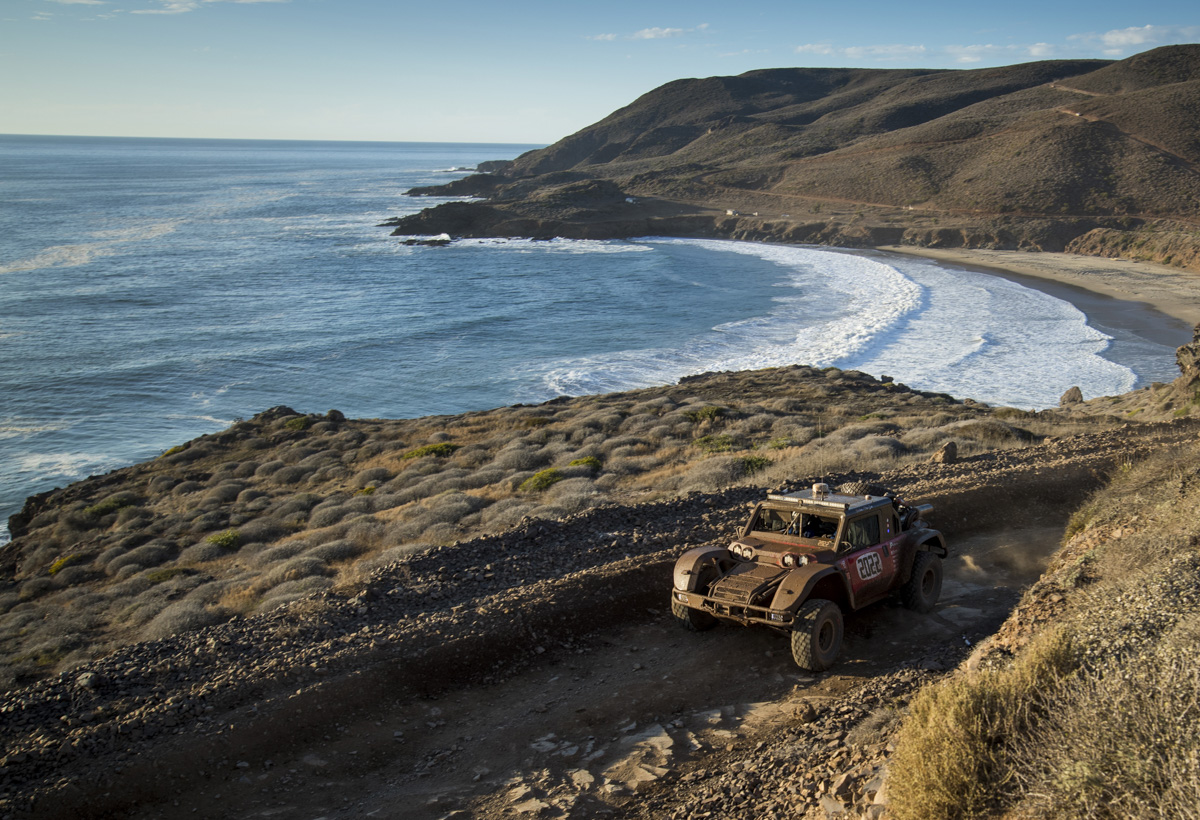 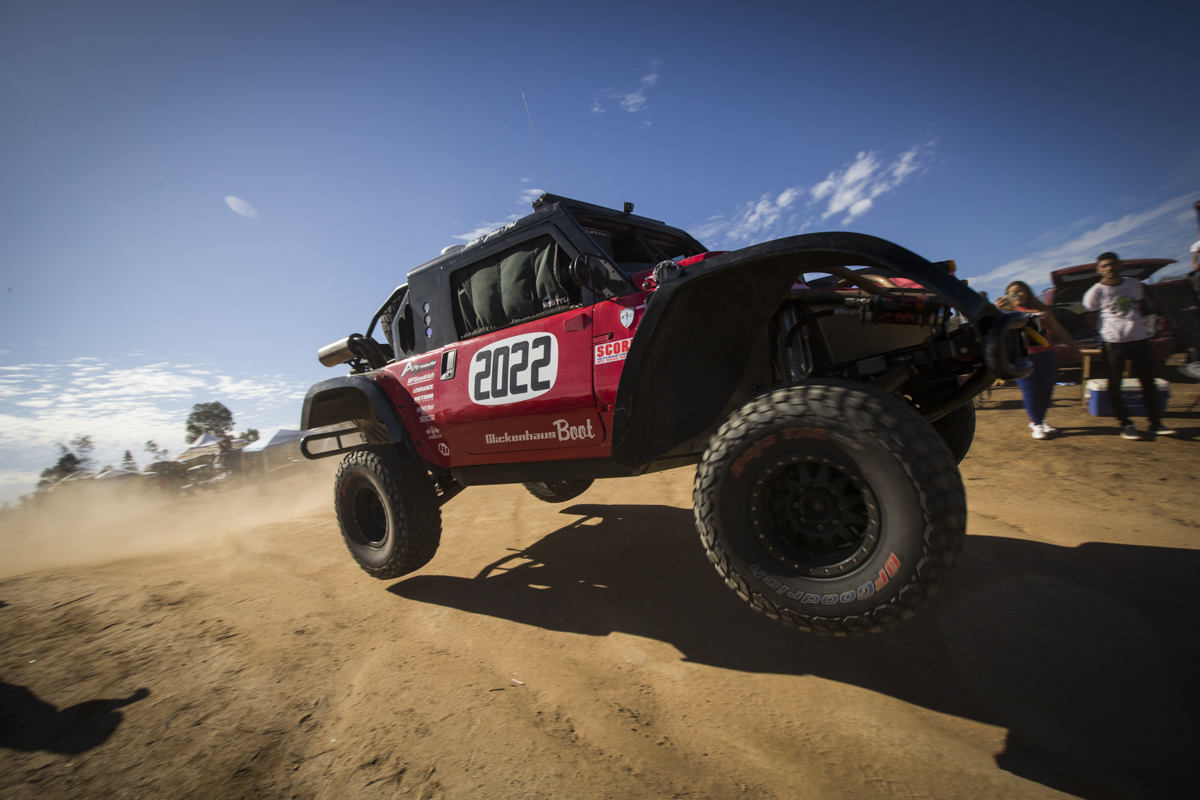