With a nod to Pat Benatar…You’re a Trail Breaker, dream maker, rock taker, don’t you mess around with me.  Trail Breaker started in Moab a few years ago with the late, Kevin Carroll, taking top honors.  It has since moved over to Sand Hollow as part of the annual Trail Hero event.

What is Trail Breaker?

A special invite-only event for the top 10 drivers in the world to break a new, never-conquered trail.  This year’s event was an incredible foray in to one of the toughest trails at Sand Hollow.

Ten drivers accepted the invitation to compete on the trail, it is done in stages.  The difference between this competition and traditional rock crawling is there are no cones, no judges, just a time limit.  Each competitor tackles the trail alone.  There are no spotters, and the competitors do not get to watch anyone else do their run.

Jesse Haines was the first driver up on course one with a fifteen minute time limit.  The second driver ended up with a mechanical problem, so Jesse continued on throughout the whole course in what seemed like a very fast time.

Each competitor approaches the very difficult obstacles in a different way, as each one starts progressing up the trails, it’s hard to keep up with all of the action.  At the end, there were three drivers bunched up at the third gate.  First up was Justin Keilman of Arizona.  He had shot up the first part of the course with ease, as he rounded the back side of the canyon, picking his line up the narrow jagged canyon, his passenger tire got wedged in to a hole.  He made a valiant effort to free the wheel using every angle possible, but was unable to free himself.

Next up was Jeff McKinlay of Idaho, he shot up the rock face like a man on a mission, making progression very quickly.  As he rounded towards the last climb, he put on a clinic positioning both his front and rear tires in exactly the right place to be able to keep from falling into the crack as he climbed the last wall to the finish.  This was going to be a close time.

Last up was two time winner and local favorite, Steve Nantz, who can never be counted out.  Steve has a new look this year in his new buggy.  Once again, the first part of the trail was no trouble for this veteran rock crawler who bounced over the first obstacles with ease.  Coming around the back in to the gnarly canyon, he picked his line cautiously through the canyon, making his way out the top.

As we all anxiously awaited the announcement of who the winner was, it seemed like it was between Jesse Haines and Jeff McKinlay.  Jeff came out on top.  He is now a two-time winner of the Trail Breaker event, the previous trail he named Iron Man, this time he named the trail Red Dot in honor of his longtime friend, Kevin Carroll. 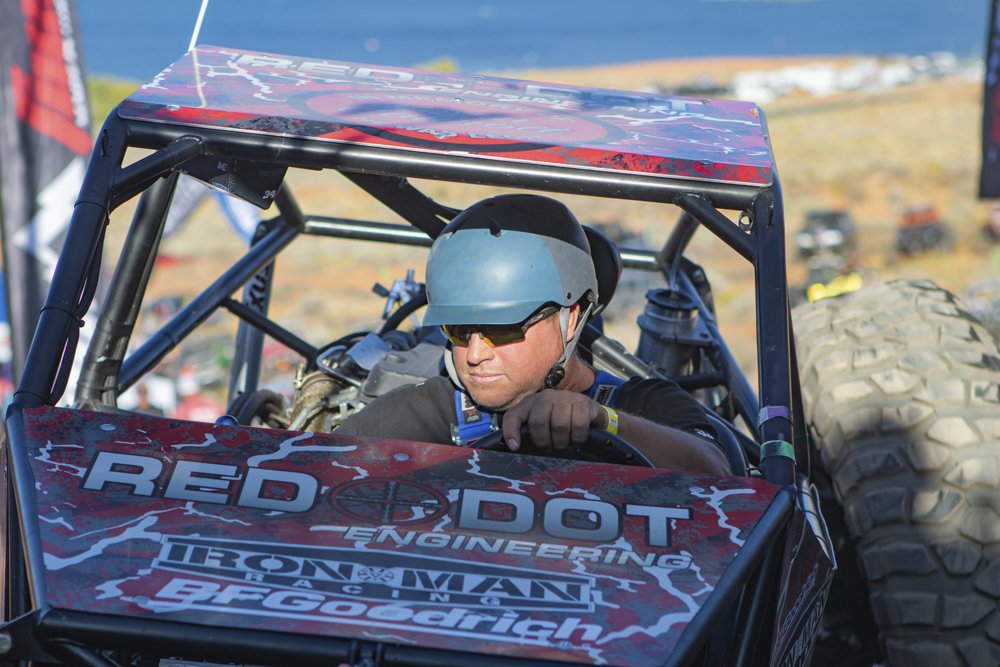 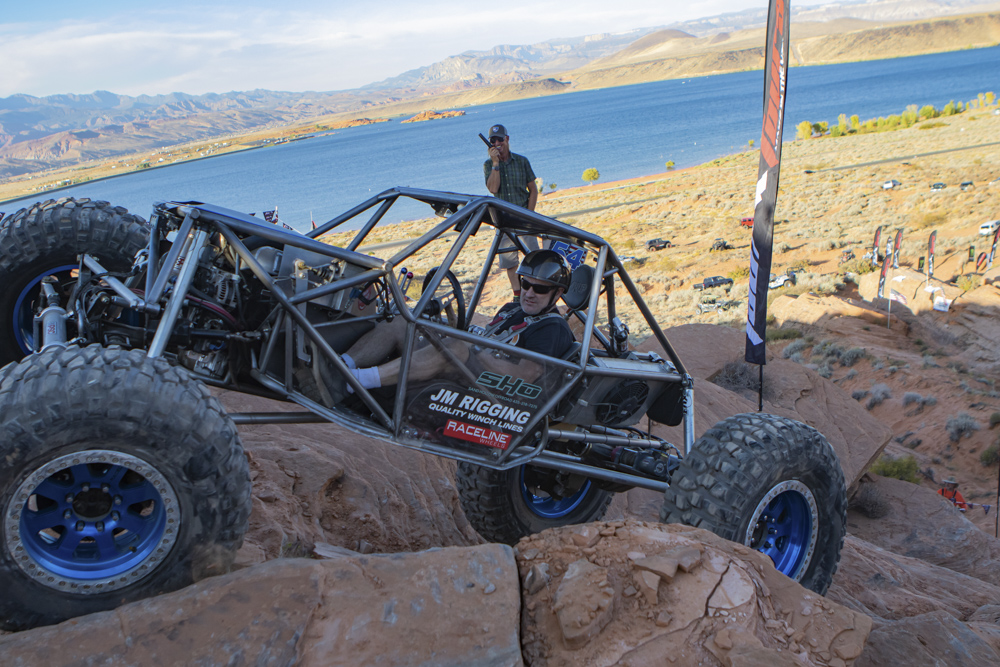 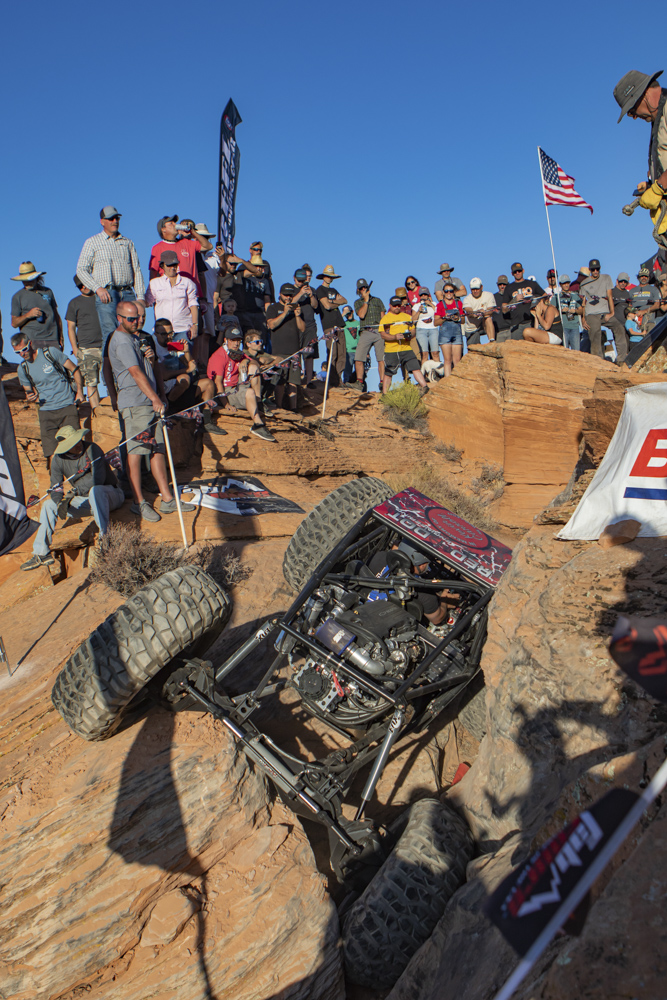 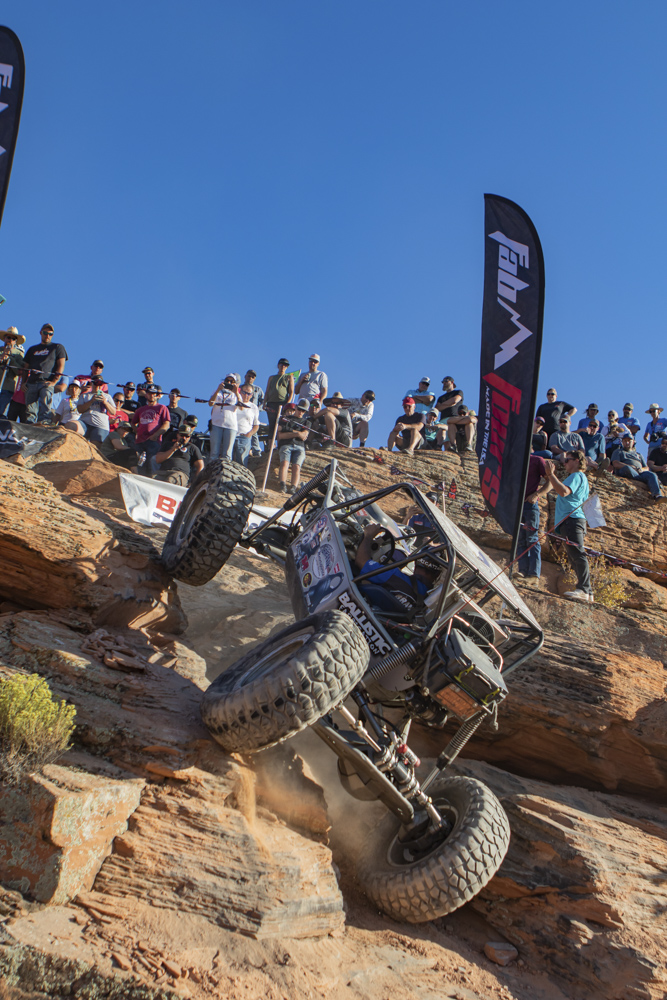 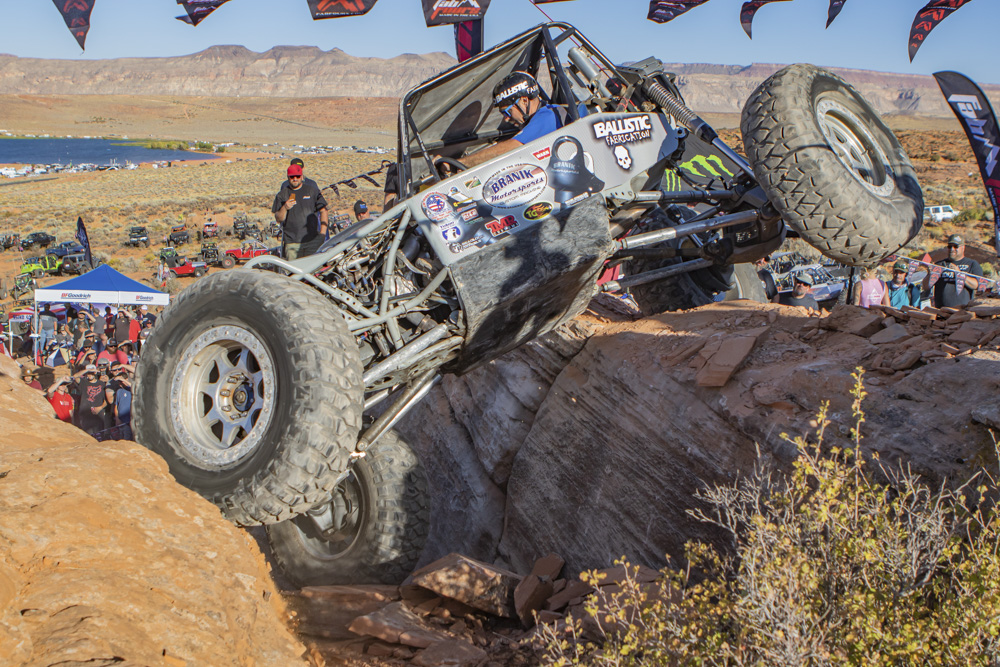 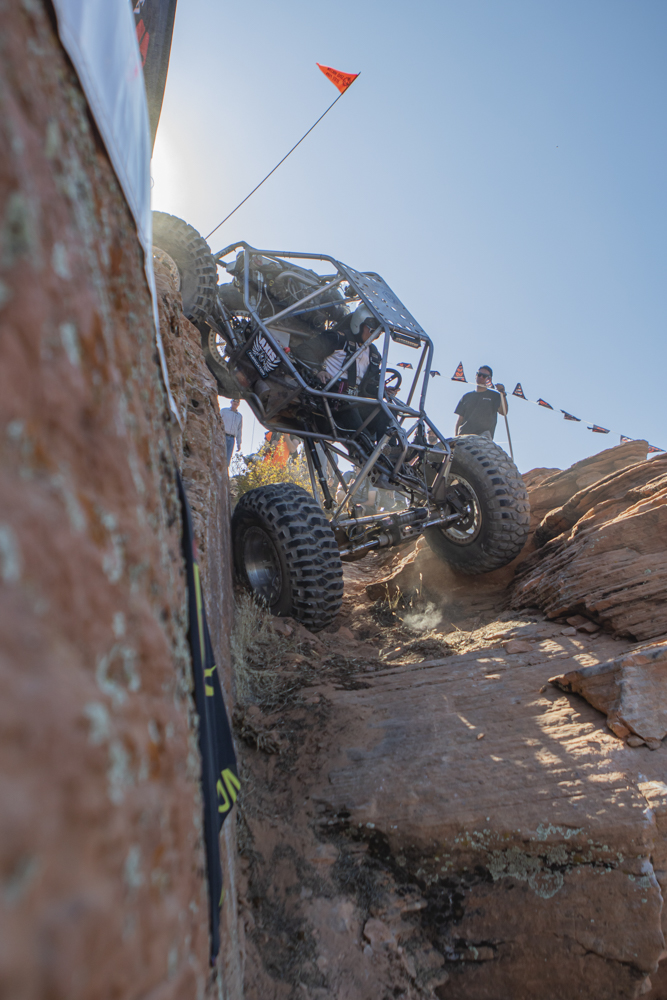 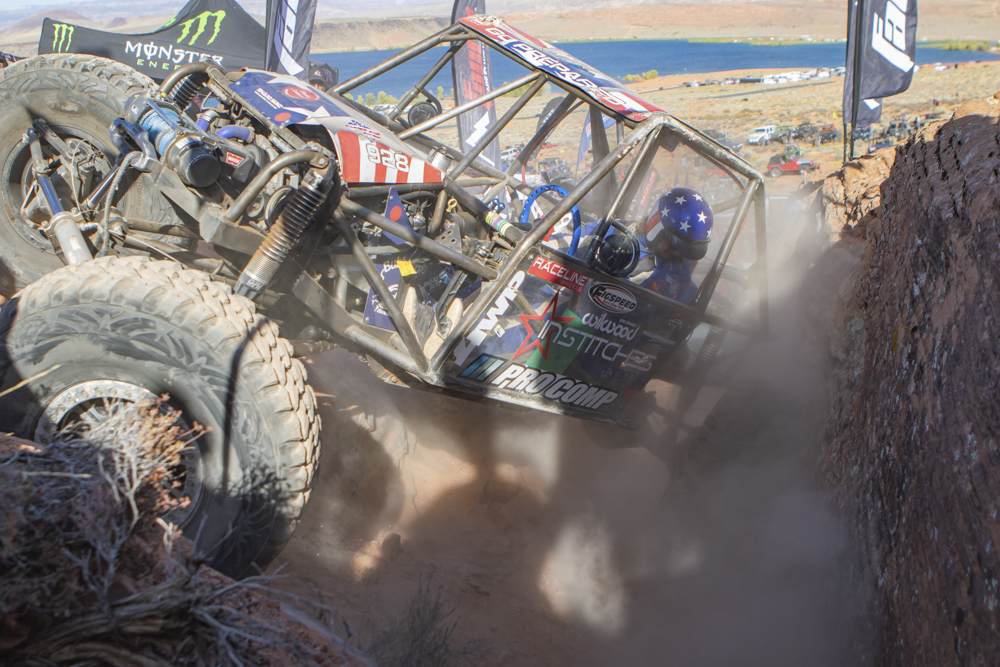 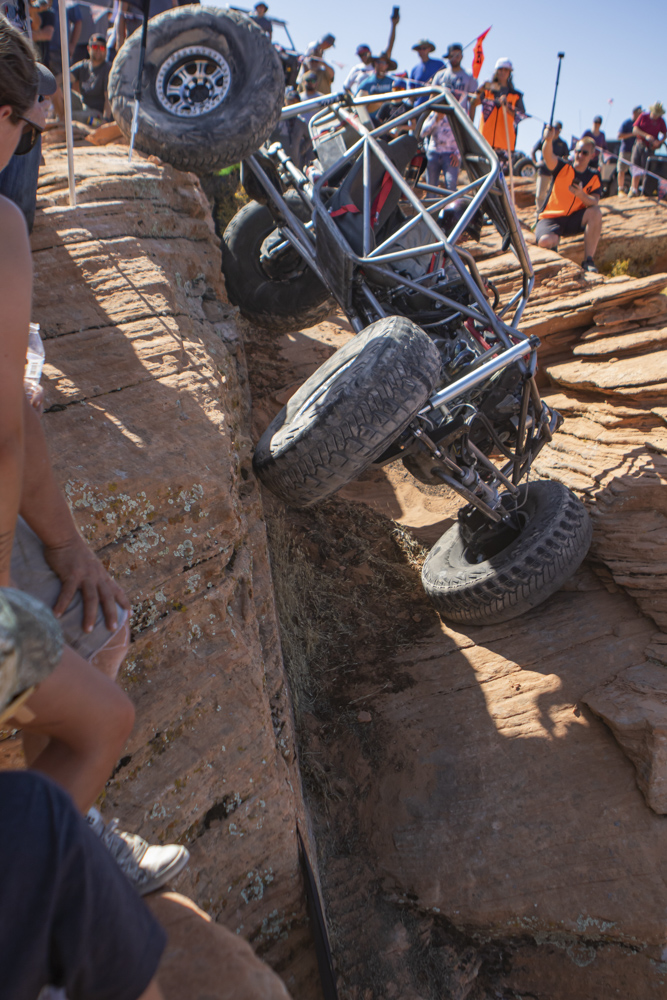 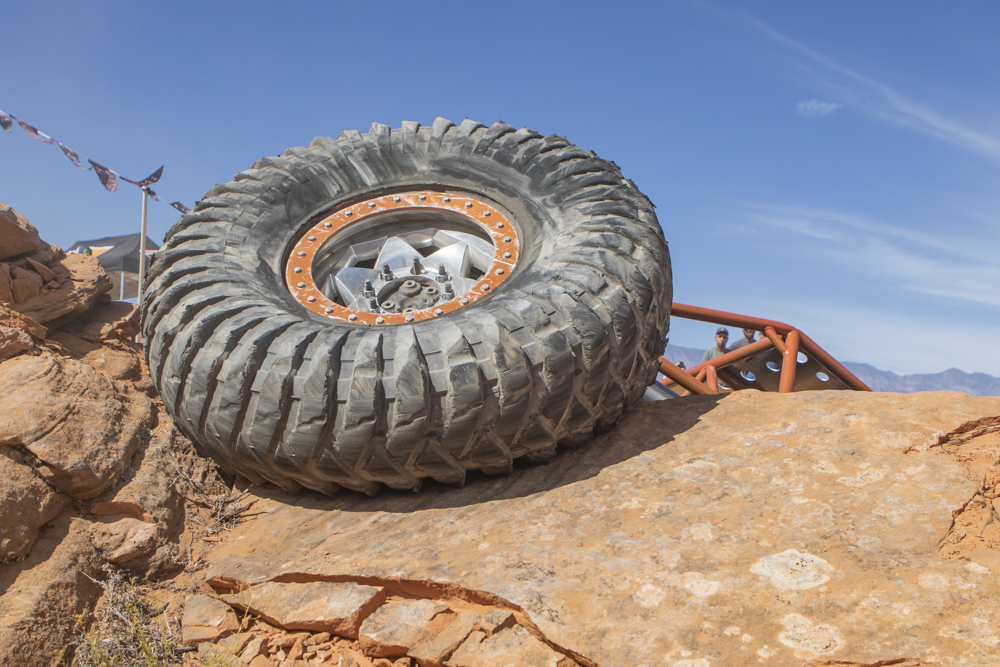 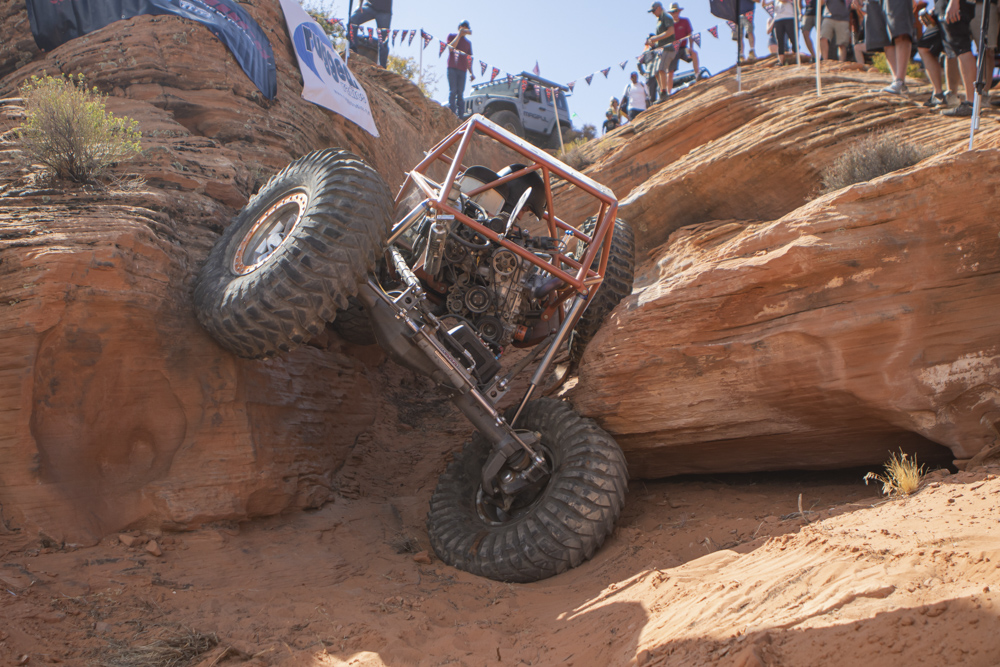