“You are a dumbass if you don’t do this!” That’s the email Jeremy Hammer got from his friend, Josh Reynolds last winter. It included a casting call link for Garage Rehab. Garage Rehab is in its’ second season starring Richard Rawlings, of Gas Monkey Garage fame, and his crew. The team comes in to shops, garages, really anything auto related and rehabilitate them through a loan and a new design. Business advice is given to help the shop be successful. So why would Hammer apply? Let’s talk about Fly-N-Hi Offroad Performance Center.

Fly-N-Hi dates back over 30 years, it once had multiple locations around Phoenix, now they’re only in the flagship store on McDowell, in a tough neighborhood, providing sales and service with their dated building and an outdated three bay shop, or at least, that would have been the description last January. Business is sometimes slow, finding their niche is a challenge. The building was full of old parts and supplies dating back to the monster truck days, it’s tough to make changes when you have no room to make them in. Last February, all that changed. Friends and family came forward to wipe the slate clean, the crew from Garage Rehab was coming in. The shop had to be emptied, and emptied it was. Then for seven days, only the Garage Rehab team and Jeremy were onsite, and there were times, Jeremy wasn’t even allowed. Decisions were made, designs approved and the team went to work to make changes.

The show finally aired January 15, 2019; almost a year since the updates were made, it’s been a tough year. Being in limbo, under contract to not reveal too much, not advertise they were on Garage Rehab, but having made huge changes put a damper on how the business could operate. But now, that veil has been lifted and Fly-N-Hi is ready to go from Fly-N-Low to the heights it once was.
Here’s what changed, the walls in the shop came down, what was a restricted space of three separate bays became one open area to work, there are still three bays, but the techs can move freely between them. The retail space has been opened up and updated, you’ll find a sleek new design with lots of floor space now. Empty boxes have been thrown out, old parts have been tossed, what once was old is new again.

In Phoenix they’re Rising. How do you take a 38 year old company and raise it from the ashes?

You start by updating technology. When Jeremy was applying to be on the show, he was using his phone, typing out all the details, and after 38 years in business, twelve owned by the Hammer’s, there was a lot to share. What he couldn’t see on his phone was that there was a 500 character limit. So after hours of typing, Submit wouldn’t work. He finally gave up and wrote, “there is more to the story if someone wants to contact.” Jeremy hadn’t told anyone about the submission, so when the call came that said, “Discovery Channel is on the line,” there were a few raised eyebrows.

Lots of Skype interviews ensued, and in a technology challenged shop, that entailed borrowing an iPad with a bad battery from a ten year old. No one really remembered all the stories on their own, so Jeremy invited all his buddies down to the shop and that became a five hour interview.

Not once did the show say yes, we’re on, contractors just started showing up doing measurements. The holiday season was on and it looked like they might show up then, Jeremy finally called to find out what was going on. They said they’d be there January 5, it took another week, but the crew showed up on the 12th. Said everything had to go. The network that Jeremy had built over the years paid off. Gobs of people showed up to clean up, move things, save things. Friends who had helped set up the shop twelve years ago when he started were there to help clear it out for the Rising. Trucks and toolboxes were moved down the street to Chris Bergman’s Blue Ribbon Tire. The show doesn’t give you money for payroll and rent, and business still goes on, so all the week’s business was moved.
The cleanup took longer than expected, the crew worked until 5 in the morning, still there when the film crew showed up and hung in for a few hours more. They finally were told to go around noon. By then, they had broken out all the windows, there was no way to lock up the shop. For the next ten days, everyone had to find a different way to work, no driving past the shop, no stopping by, there were plenty of folks trying to spy, but it was so hard to see what was happening.

The film crew had them do stuff they never would have done. Like the lift, they never used the lift because they knew it was broken. But for TV, anything goes. Jeremy said, “The show was so appealing to me, there was always a hassle, something that wasn’t working, trying to keep the shop clean, look at the pictures from before compared to now. I thought we kept it clean, but we were always behind the eight ball, it was never clean enough.”

TV starts the façade, everything they’re filming looks nice, but then you realize the leaky roof didn’t get fixed, one wall of the building didn’t get paint, the paving and striping stopped just short of finishing. An amazing experience, but to get it truly done, that happens on your own time, not TV time. Garage Rehab isn’t like some shows, everything has to be paid back, there are no freebies. It’s just a loan, a loan you probably couldn’t get anywhere else, but still, a loan you have to payback. That’s why airing the episode means so much. Until you can tell people about it, it’s hard to capitalize on the energy.

“The process was amazing. Not a lot of people get to do that, hanging around celebrities, something so cool. There is the Hollywood side, and then the normal person side. Whenever it would seem overwhelming, it felt more like I had a bunch of friends and family helping out. It was just something greater then yourself. It wasn’t about me or Fly-N-Hi, it was about all of us coming together to do something bigger than what we could do individually.”

The reveal was the best, a parade of off-road vehicles came in to the parking lot, hundreds of friends and family gathered to be the first to see what had been done. The crew was overwhelmed by the support we got. “They filmed us getting out of the car, like three times. One of the shop chickens, Dawson, got left in the car and didn’t know what to do, so he just sat there.” Lots of fun and laughter that day. “Trisha and the girls walked through the reveal with me, this is a family business and without them, I’ve got nothin’.”

Now that the episode has aired, Jeremy has lots of plans to use what he learned. There are three lifts, an alignment rack, air throughout the shop. The retail space is filled with product from Black Mountain to StuffSack. But what hasn’t changed is the service and quality you get from shopping at Fly-N-Hi. The same local service, the same Main Street vibe. The same friendly smiles, the same camaraderie that has kept Jeremy in business for twelve years and Fly-N-Hi for 38 years is there. If you don’t see it on the shelf, Jeremy has every contact available to him to get anything you need for your off-road vehicle. Be part of the Rise in Phoenix, shop Fly-N-Hi today. www.fly-n-hi.com 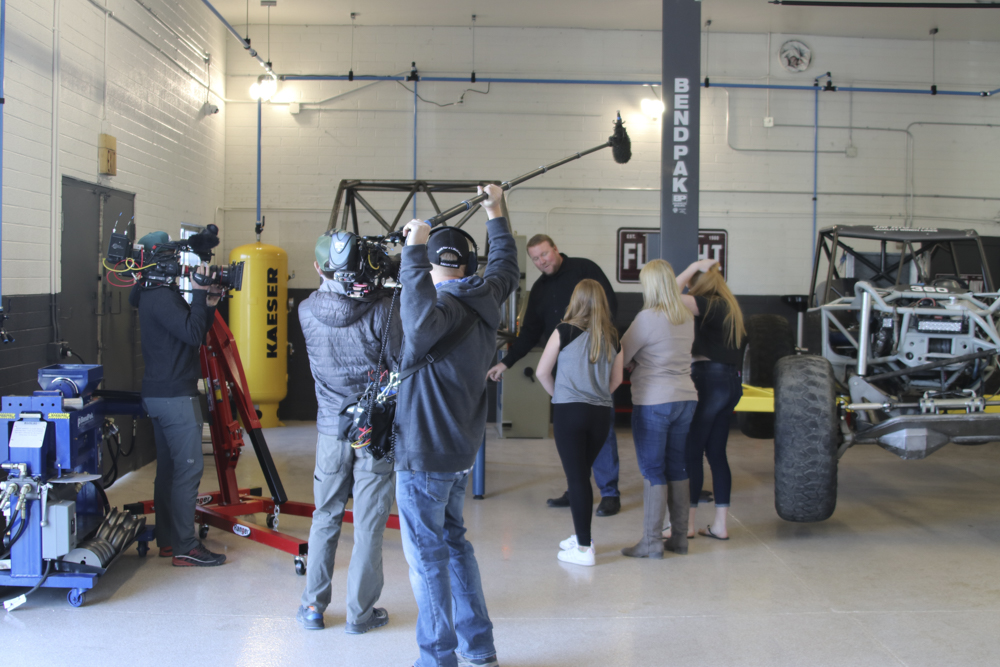 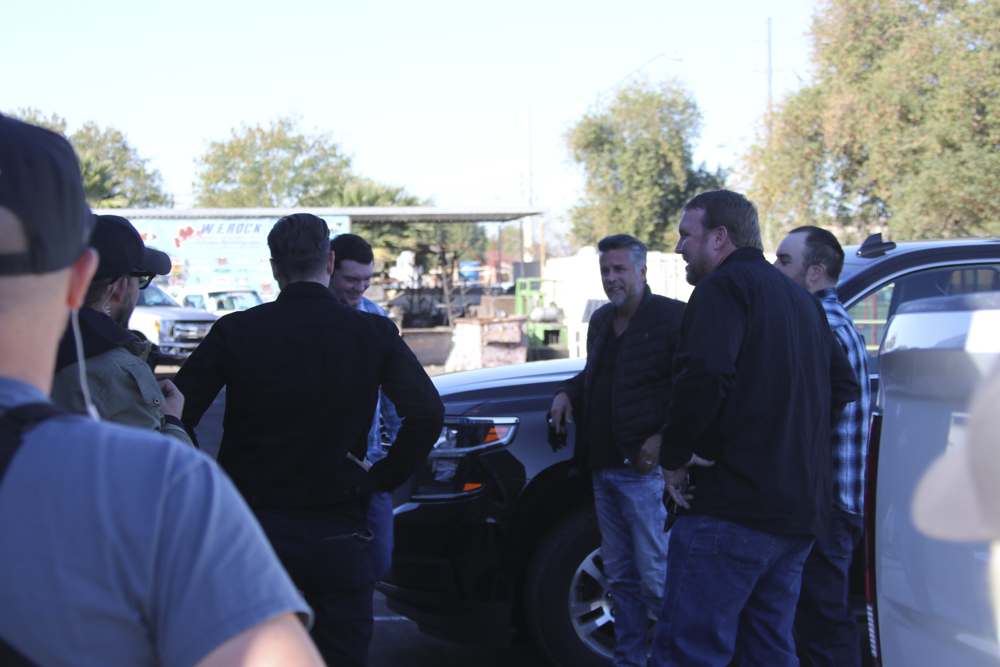 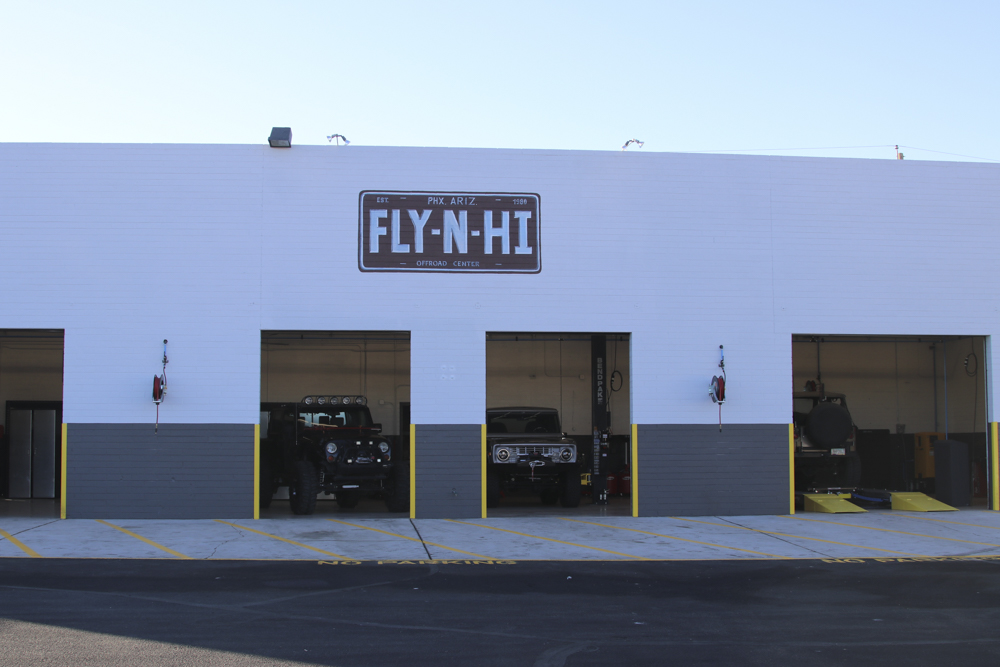 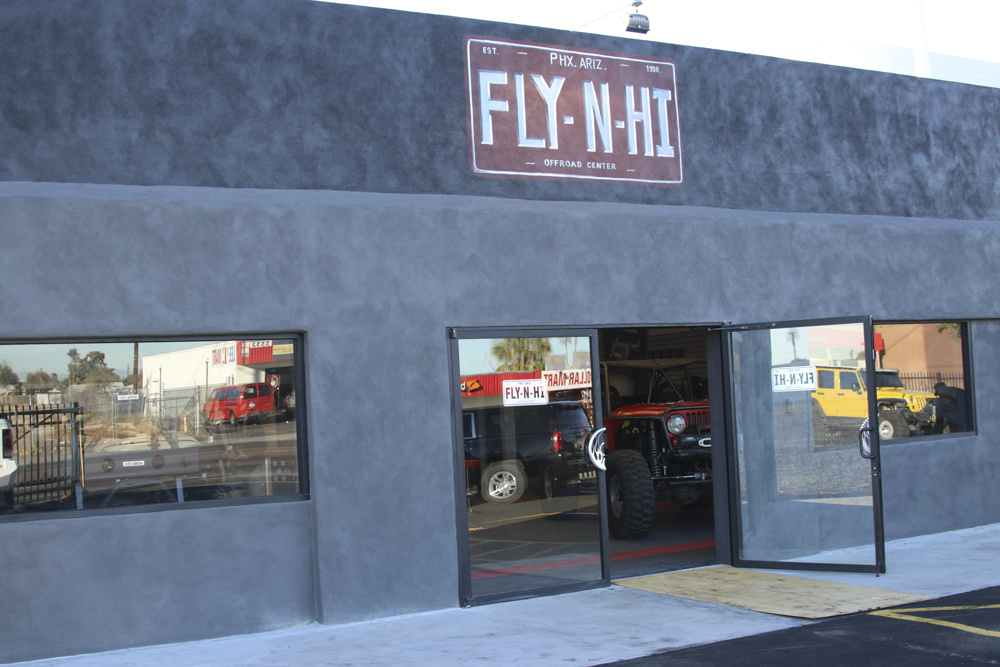