<a href=”https://4lowmagazine.com/product/auto-renewal-4low-magazine-subscription/”>Make sure to subscribe to get the newest issues of 4Low Magazine right to your mailbox. CLICK HERE</a>

“What is the world’s ultimate 4×4?” is, of course, far too subjective a question. If there is a shortlist, though, then Arctic Trucks should be on it. They might not have won the King of the Hammers or the Dakar, but their modified creations are routinely driven in some of the harshest environments on earth, the vast, frozen wastes of Antarctica.

The design necessary for such unbelievably harsh conditions, where temperatures can drop to -76°, and the wind can whip up to 100 mph, obviously needs to include ultimate reliability. Beginning nearly 30 years ago, Arctic Trucks have worked almost exclusively with Toyota. One of the vital parts of the equation for the weeks’ long expeditions are fuel efficiency and comfort. AT founder Emil Grimsson spent the long Icelandic winter developing a brand new vehicle that will soon be heading to the frozen continent. And it’s almost ready. For one of the last tests, before the Ford F150 is released, 4Low Magazine was invited to Iceland to see how it performs on snowy slide slopes on its new 44 inch tires, something Emil was slightly less than confident about.

You don’t need to go too far out of Reykjavik to realize Iceland is unlike most countries. Near the coast, the brooding mountains, a few with plumes of steam venting from their slopes, are tinged green with grasses and mosses. Long past the last stunted bushes into the barren interior, nature only has a tremulous presence in the volcanic scree. The tarmac runs out, and we cruise on a dusty track through a surreal backdrop of black rocks and alluvial plains of volcanic spoil, crisscrossed with grey, sediment-filled streams. It was another breath-taking view at every rise, but Arctic Trucks don’t make trucks simply to see places; they are designed to conquer them. And to find the conditions Emil wants to test the Ford in, we needed to drive on a glacier!

Although Iceland’s landscape looks brutal, it’s very fragile. In the middle of seemingly nowhere, we parked at a marker with 1940 on it; Emil explained that it indicated the edge of the glacier 80 years ago. It was still a drive of a few miles to get to where the ice’s edge is today. The melting rate is so quick now that the glacier’s last fingers have receded quite a few yards beyond the marker for 2020 already. Nearby, locals and climate activists recently held a ceremony to mourn the loss of a glacier that has completely gone.

When most people are out off-roading, maximizing fuel efficiency to eke out every last gallon of fuel isn’t too high on the priority list. It is when you are driving to the South Pole, though. There, a barrel of 50 gallons of the Jet 1A fuel they have to use in the diesels will be nearly $2,500 by the time it’s shipped to the embarkation point on the Antarctic coast. Add the transportation costs of flying it into the interior, and it soars to $5,000 around halfway, and a staggering $7,500 near the pole. “Depending on what you want to do down there,” Emil explains. “It can sometimes end up costing $125,000 per vehicle… so a 15% fuel saving can mean quite a lot.”

And 15% Emil found in the design of a new tire. Regarding tread pattern, profile, sidewall flexibility, and weight, he knew exactly what he wanted, and his design had such merit that Nokian tires in Finland agreed to develop it. The finished product wasn’t without a few compromises as enough had to be sold in the market to make the investment worthwhile. “For example,” he says. “The first ones weighed 165 lbs, which was a lot more than the 100 lbs I wanted. But with Aramite in the sidewalls, which is both stronger and lighter than steel, we got them down to 150 lbs.”

The tire out-performs any other tire, in just about every way, apart from one aspect. Due to the less aggressive tread, designed to keep it on top of the snow rather than dig into it, Emil was a little concerned about how well it will handle on wet snow-covered side slopes.

A barely discernible track let onto the glacier in front, and Emil turned the dashboard knob to engage low gear. With the astronomical cost of fuel on Antarctic expeditions, another way to be more fuel-efficient is to always drive at the correct tire pressure for the conditions. Being able to change psi quickly and easily makes a massive difference for both fuel and time. AT has had an innovative app designed to complement their auto system. No more having to get out with an air line in a raging blizzard, your phone connects to the compressors via Bluetooth so the tire pressures can be changed while driving. We drop down to 3 psi, and the massive 44-inch tires bulge to make a huge footprint, then edge forward into the slushy snow, splashing through little pools of bright blue meltwater. In the thickening mist, we leave any sight of the black land behind. We are now out in terra firma.

Developing a whole new car to match the environment, Emil needs it to operate faultlessly. This is a massive undertaking, but could lead to big savings. “The lightweight, yet robust, Hi-Luxes were almost ideal, apart from restricted cabin space,” he explains. “A Hi-Lux can carry three people and their equipment comfortably, but not four.”

Although Toyota Land Cruisers and Tundras are awesome trucks with proven reliability, they are too heavy for the all-important fuel economy numbers. With its aluminum body making it over 600 lbs lighter than its predecessor, the F150 is within the operating range. It offers so much more interior space that a twelve-man expedition that previously needed four vehicles can now be done with only three.

With the new tire being taller and squarer than the previous ones, it was a big job to work out where to cut in the wheel wells to fit them, and then where to weld, rivet or glue the reshaped bodywork back. The effort seems well worth it, though. The rear seats have almost as much legroom as the fronts. And the 3.0 Diesel Power Boost engine, coupled to the incredible 10-speed automatic gearbox, pulls us along effortlessly. We gave a wide berth to the area marked red on the GPS, where dangerous crevices, the bane of glacier crossers, were known to be. The Glacier Driving Club’s first rule is not driving into cracks in the ice big enough to swallow a car whole. On the far side, the glacier curve was more pronounced as it swept down to a frigid-looking lake, and here we did something you’re supposed to avoid at all costs while off-roading. Emil found a steep side slope, and with the truck leaning over at an alarming angle, drove along it. Tapping the phone screen to fine-tune the tire pressures, the dual VIAIR compressors humming in harmony, Emil hung his head out of the window, imagining how this truck would operate in places I couldn’t imagine.

After ten minutes of crawling back and forth, with lockers in, then out, seeing at what point the truck broke sideways traction down the slope, it was time for a slightly different test. Anyone watching, unaware of our serious scientific reasons, would have thought we were just idiots hooning around in a sensitive environment. But knowing how a new tread pattern self cleans in slushy snow is vitally important. If the ice gets embedded in the grooves, the tire becomes slick, that’s not a scenario anyone would wish to find themselves in, thousands of miles from anywhere in Antarctica.

Announcing himself pleased with the results, it was my turn to drive. It was just smooth wet snow, nothing too challenging, but knowing there were 275 yards of ice between us and the bedrock was an incredible feeling and another real highlight, even compared to all the other amazing off-road experiences I’ve had over the years. There was no discernible line between the snow and the mist through the windshield, so I had no idea how to judge distance or a safe speed. For your first time driving on a glacier, there can be no one in the world better to have alongside you than Emil, but his mind was maybe further away than my driving skills. His next fuel-saving plan is to design a kite that will harness the strong Antarctic winds to pull the cars and fuel sleds along. If you can transport your own $2,500 barrels of fuel without needing any of the $7,500 ones; Antarctic expeditions will become affordable for many more researchers, as well as open up previously inaccessible regions. Kite pulling power sounds too incredible to believe, but twelve years ago, everyone said it was impossible to drive an almost average car to the South Pole, Emil proved them wrong then.

Does glacier driving sound like a dream off-roading experience? Arctic Trucks offer 4×4 rentals, as well as guided mini-expeditions, through Iceland’s unbelievable landscapes. If being at the wheel of such a cool truck sounds like you, check out their website, where there are many different options, from day trips to fully-supported week-long trips.  https://arctictrucks.com/ 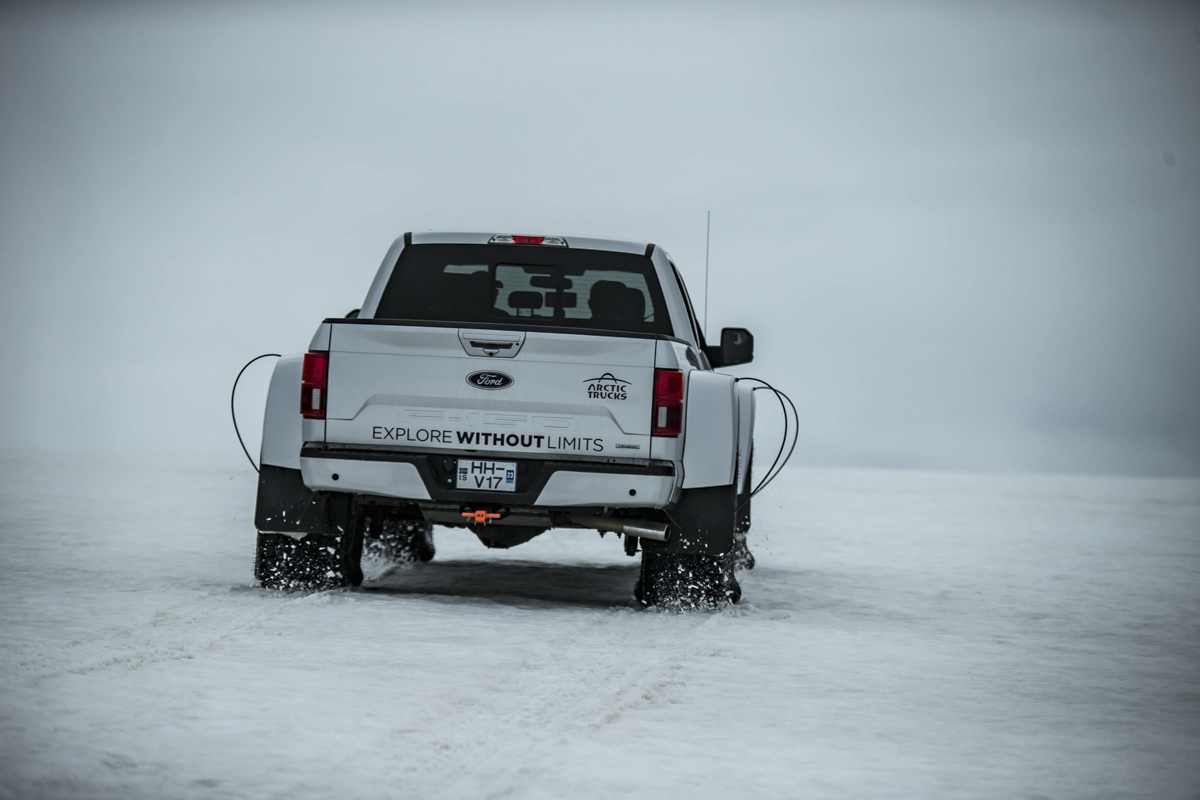 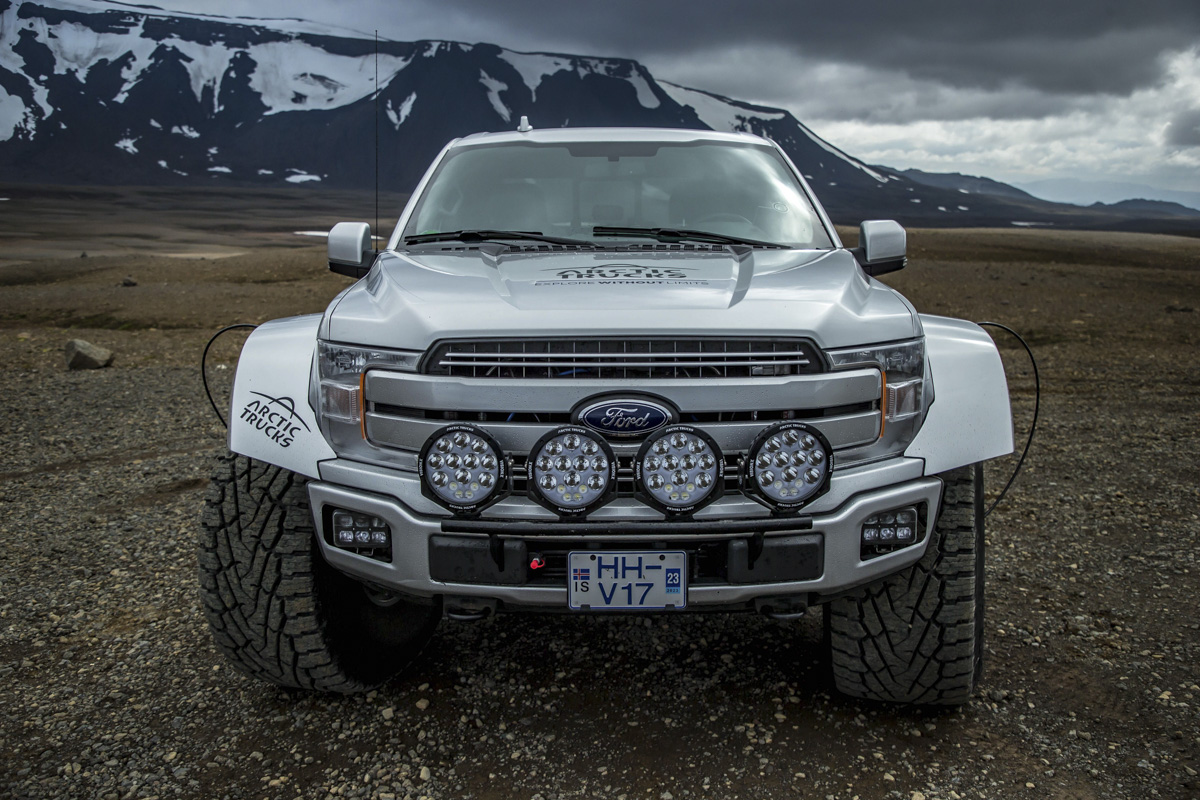 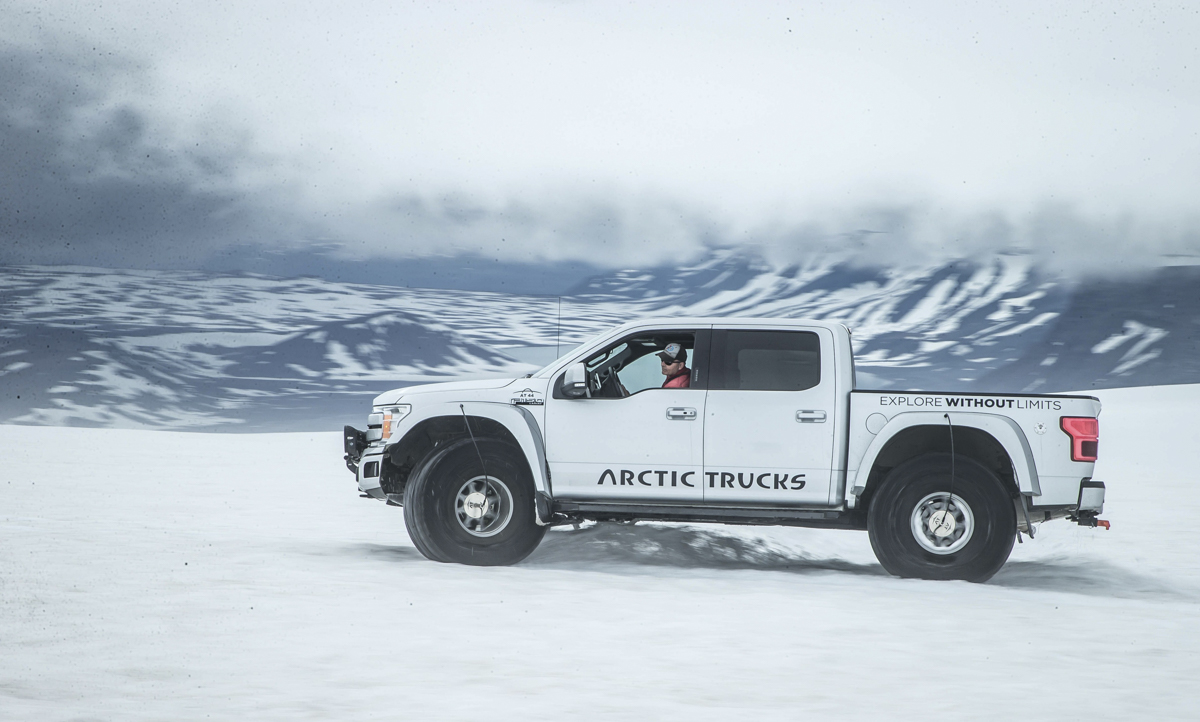 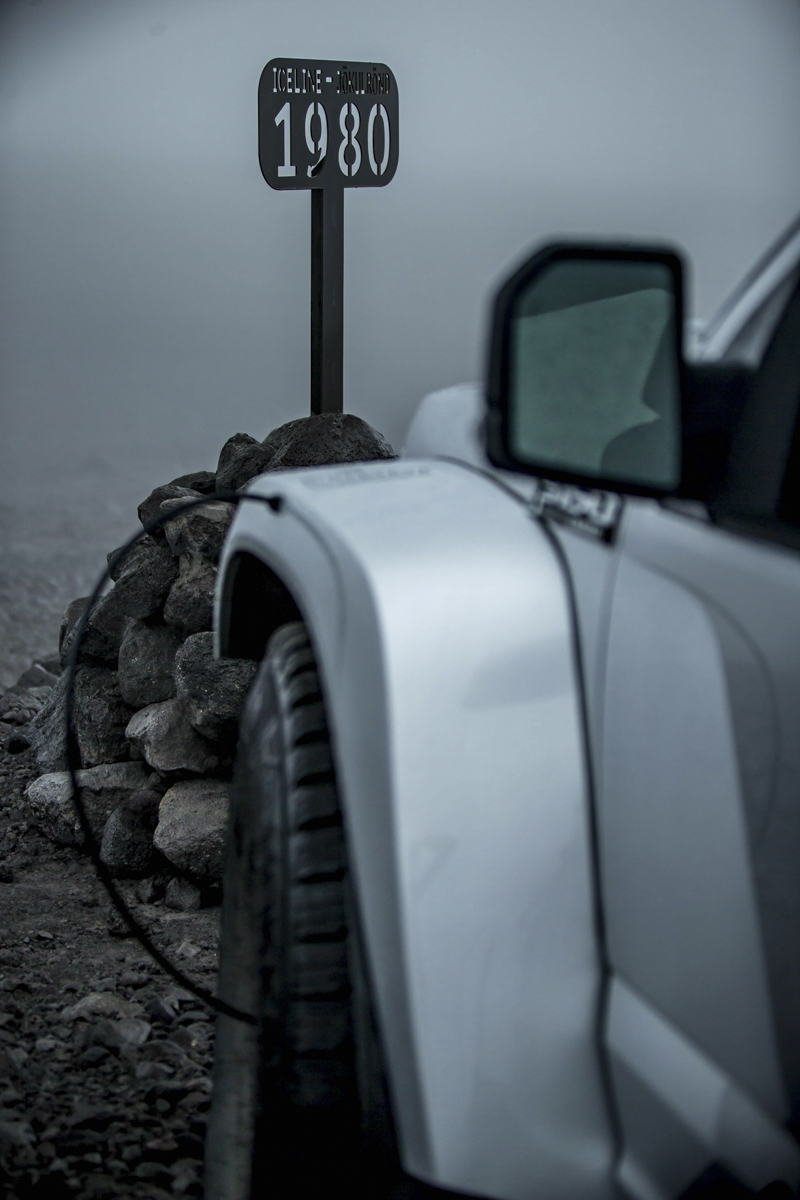 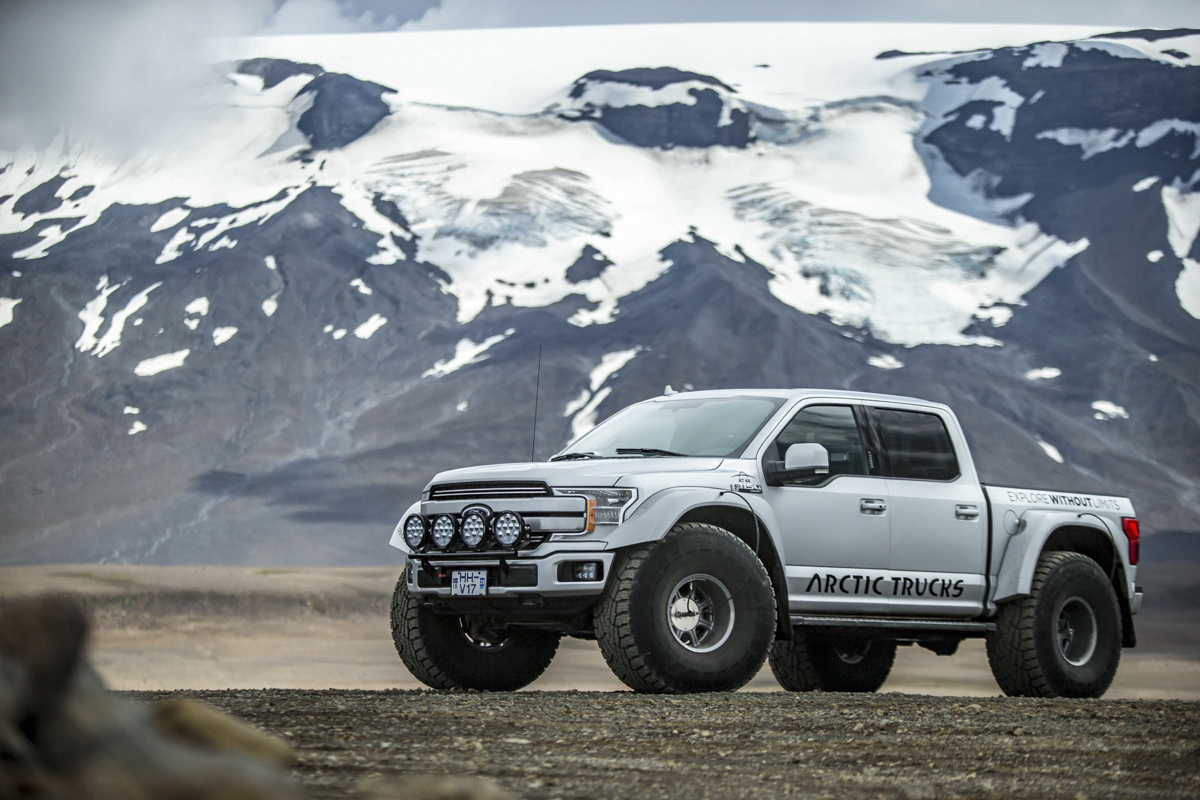 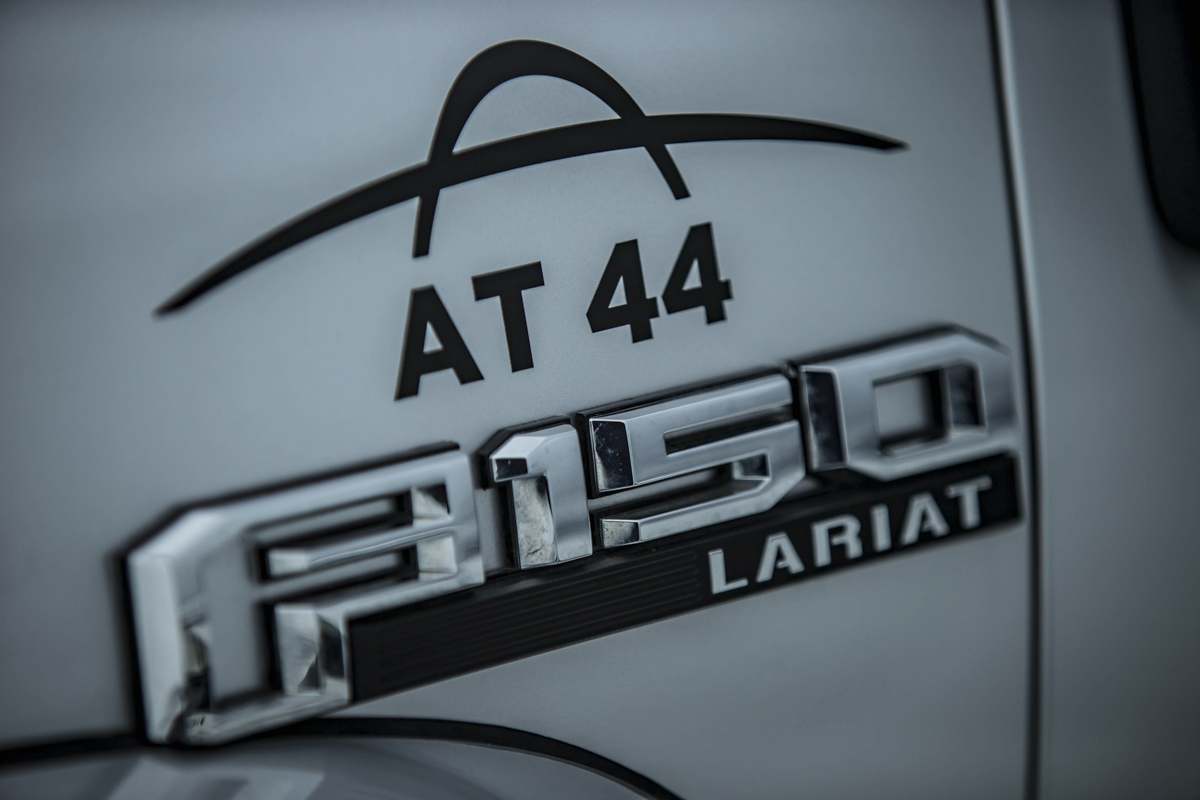 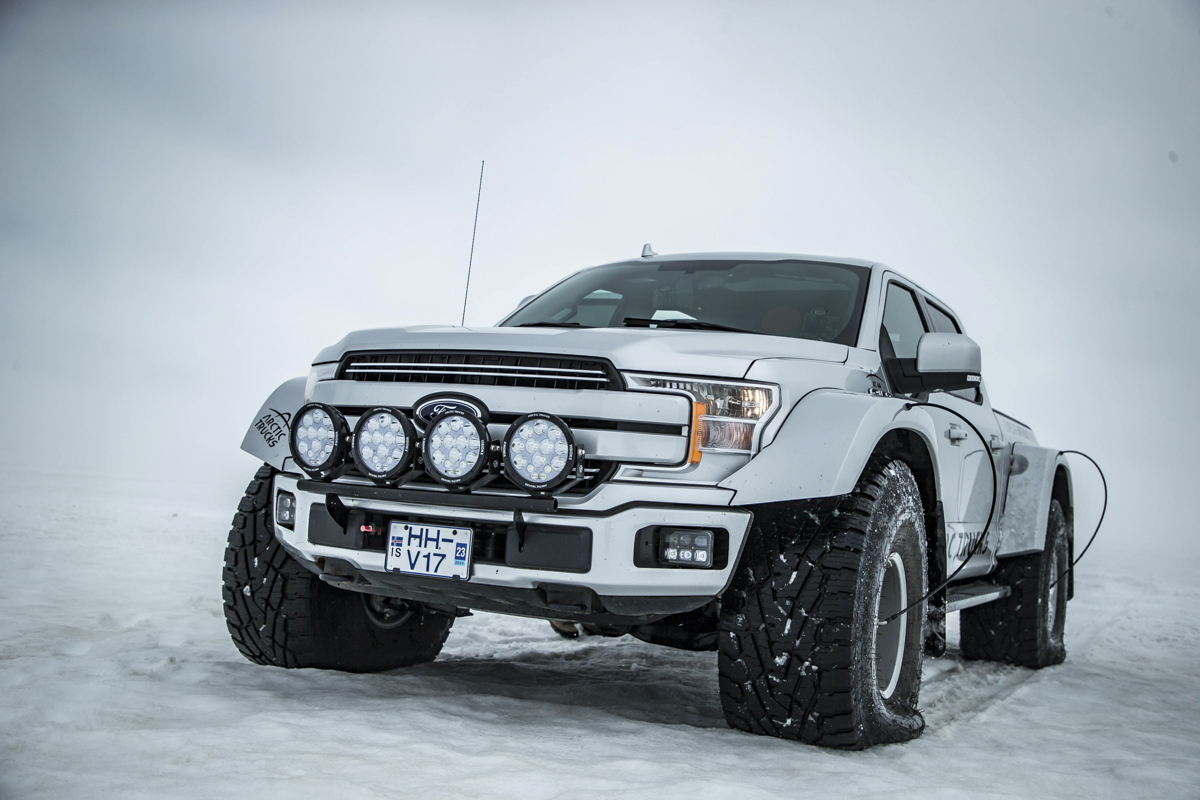 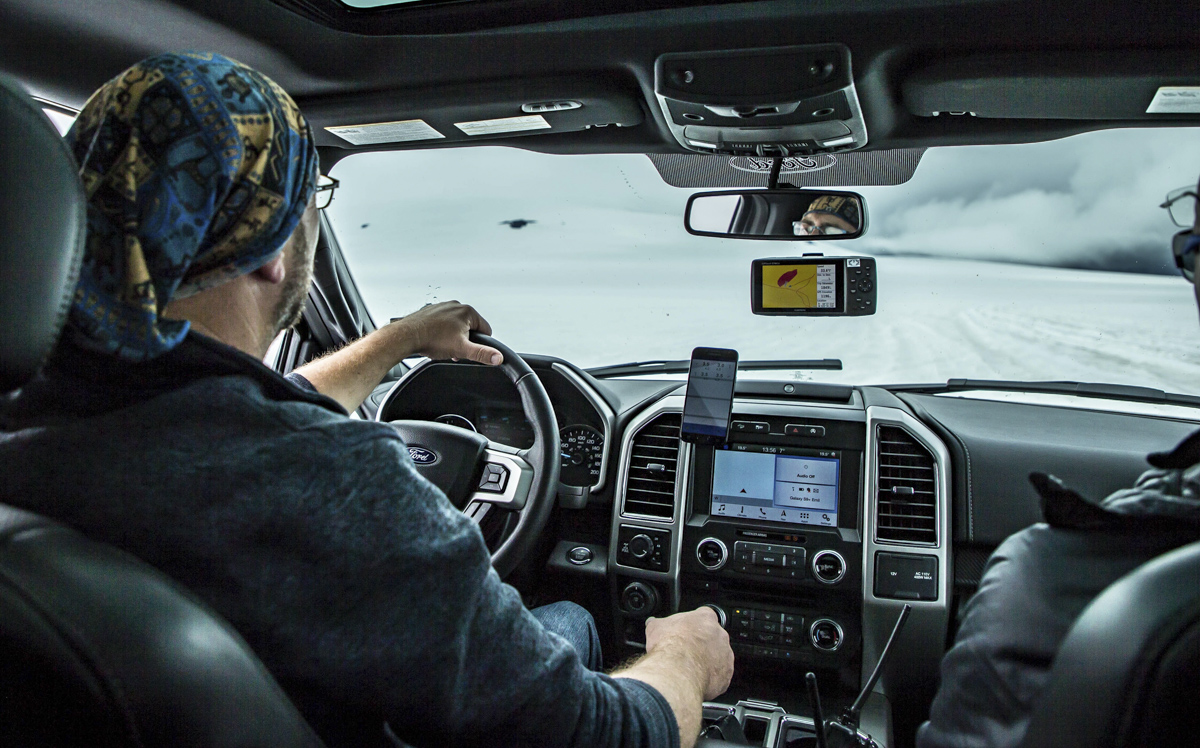 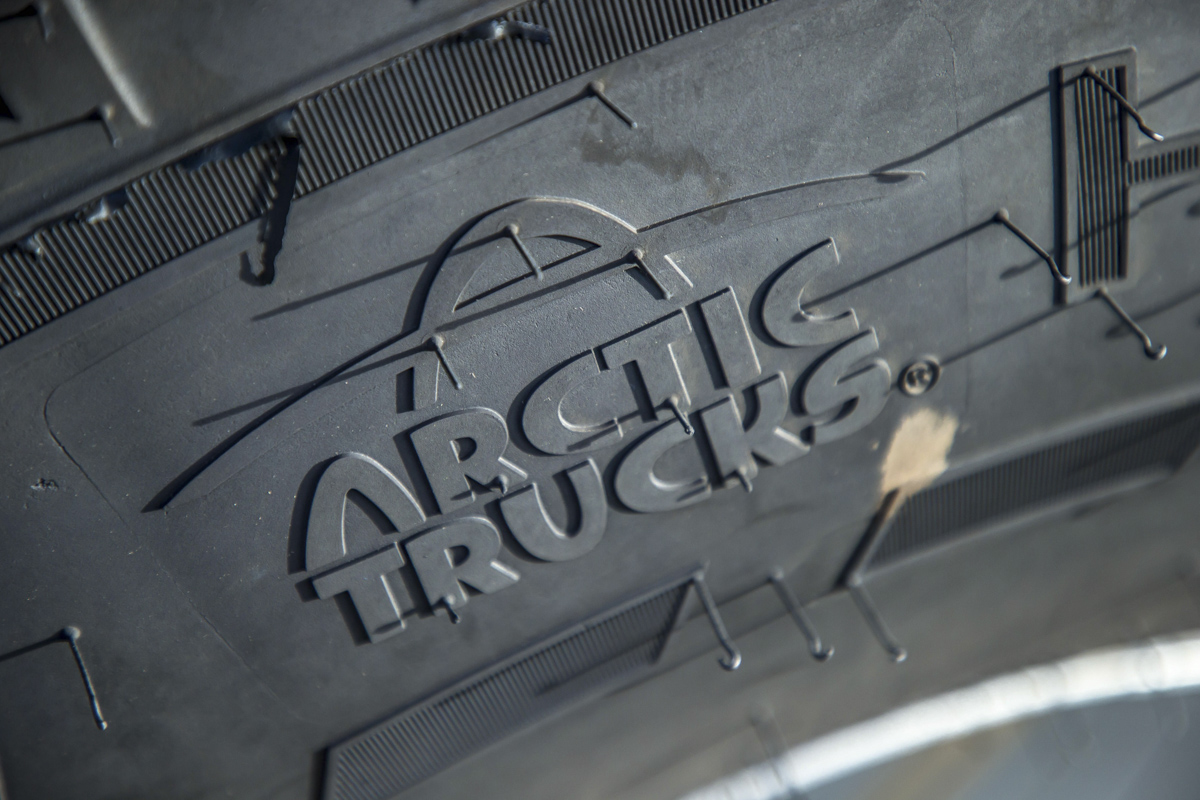 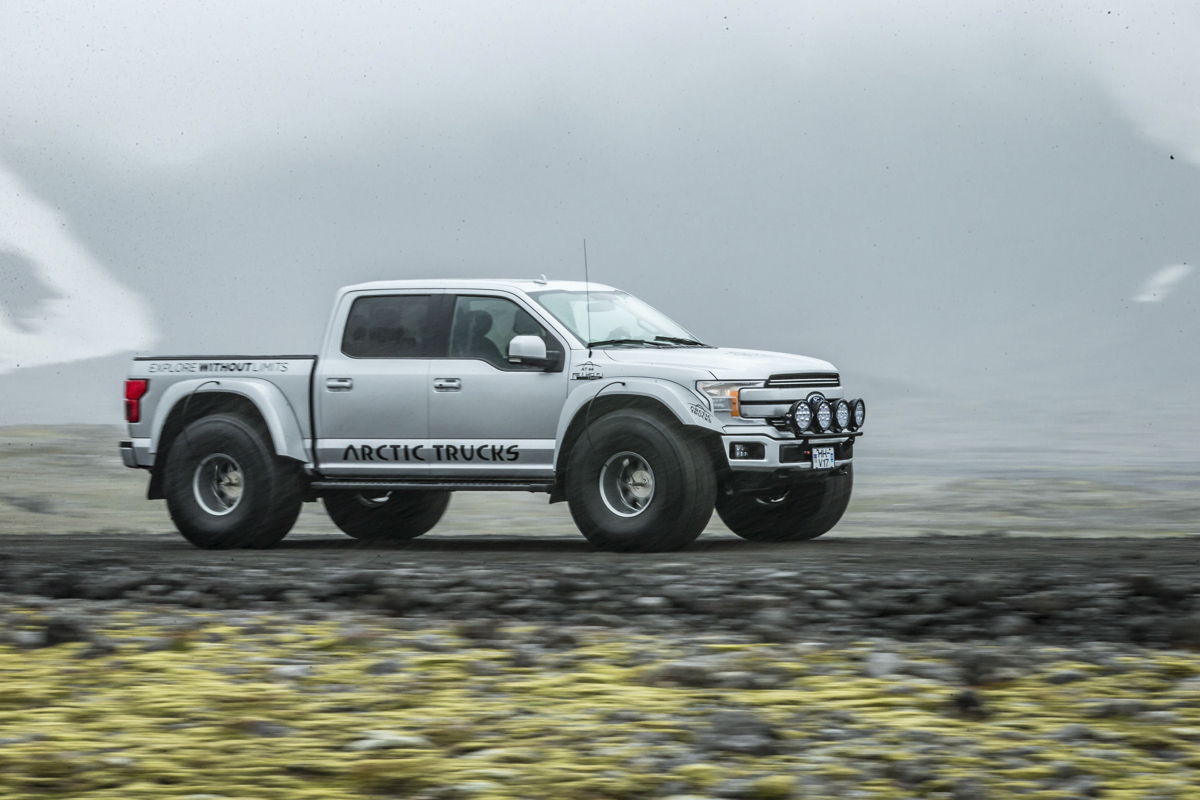 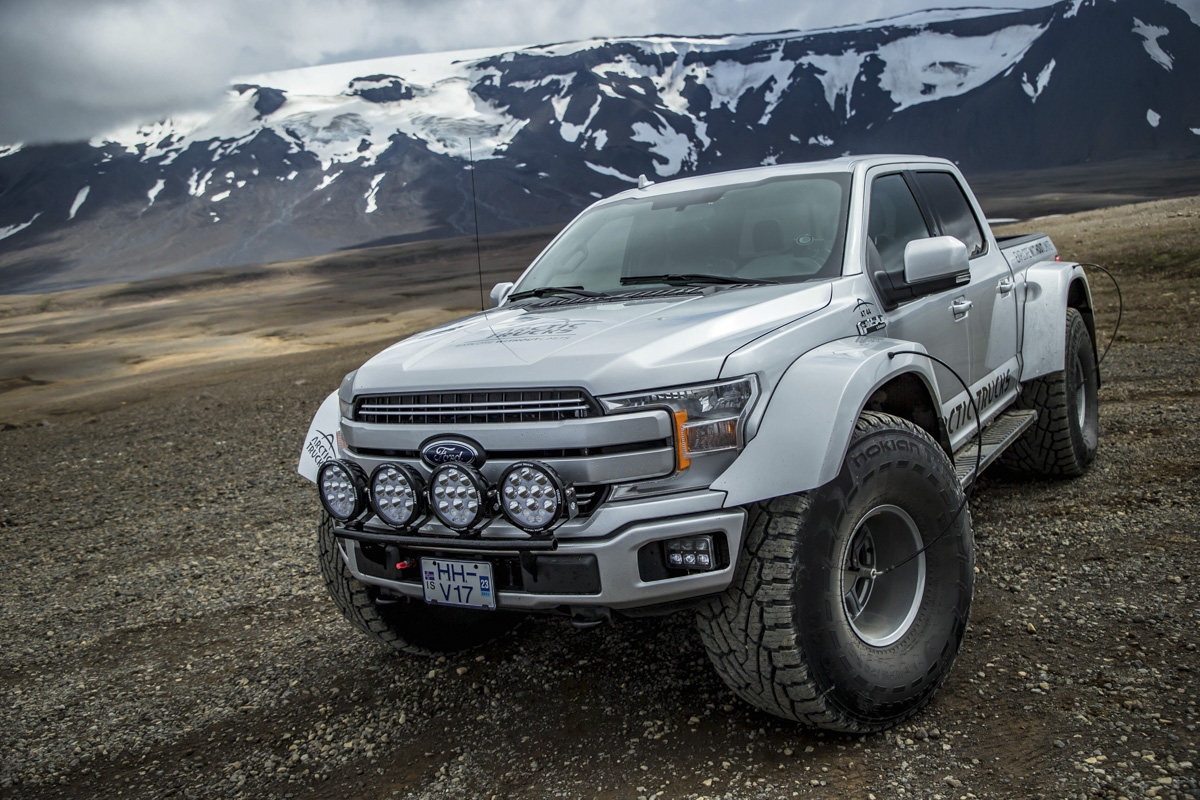 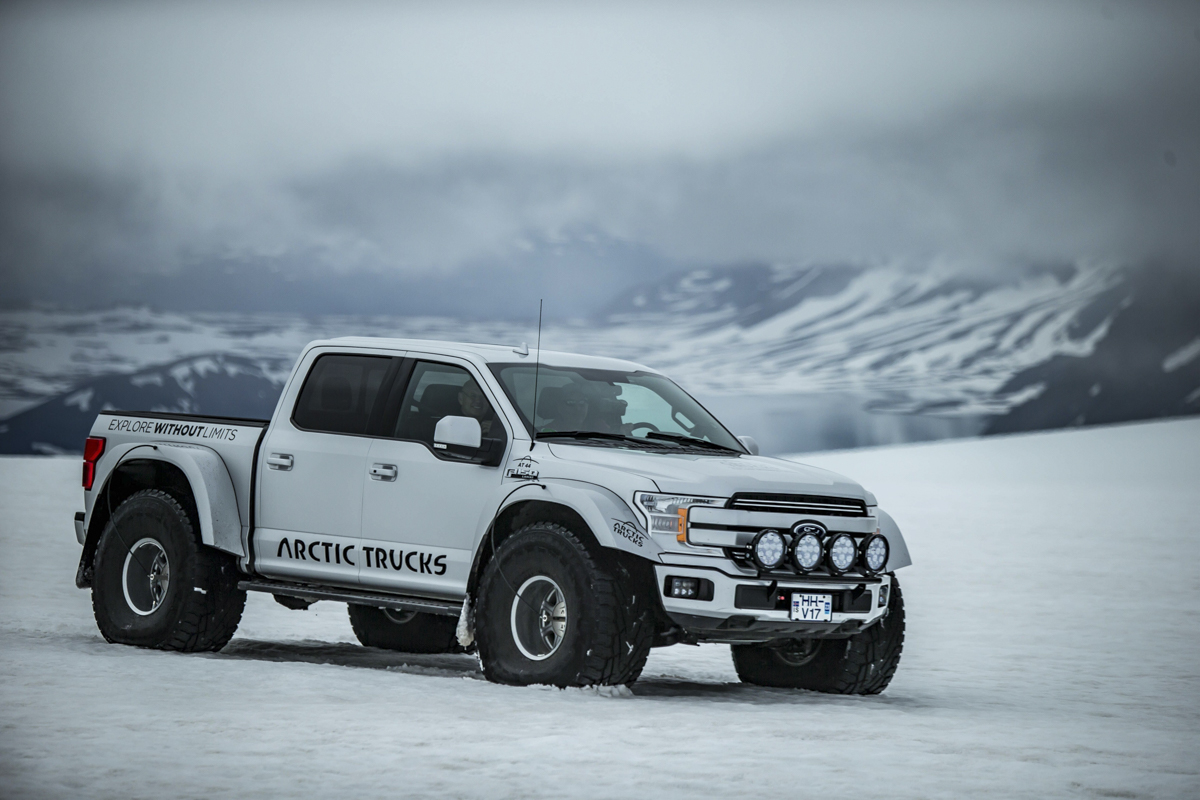