It all started back in April of 1991, with a simple ad placed in the Arizona Republic’s newspaper classifieds, asking for an interest in early Broncos to form a club for fun and adventure. Then a few weeks later a similar ad was placed once again with the same criteria. It was July 1991 when the group held the first meeting in downtown Phoenix. During the first year, the club planned several trips to different parts of Arizona. Around the time of the anniversary of the club’s coming together, it was decided that an event was needed to celebrate the founding of the club, and this was the start of the first Arizona Classic Bronco Stampede. It was set up for the third week of March every year, as this was the time that Arizona schools traditionally held spring break. Since then, the club has held a Stampede every year, to come together to share their common ground: the square body classic that Ford built between 1966 to 1977. In recent years, the club has been opened to other Bronco owners to include the full size and Bronco II.

This past March, the club held the 27th annual Stampede. It is held at a small town just outside of the Phoenix Metro area called Black Canyon City and is centered around a local establishment known as one of the best places to buy and eat pies in Arizona, the Rock Springs Café.  Some of the club members head up in the afternoon Thursday evening to get the camp set up for the early arrival of participants that make the drive from all over North America. On Friday, some of the people who have made friends over the years plan small get-togethers and head out to the desert for some trail rides and picnics. However, it is Saturday when club members and friends traverse the Arizona desert in search of worthy trails and rock crawling. Unfortunately, this year’s heavy snow melt, and subsequent rains made one of the popular water crossings not travelable up to the place where there was usually some great rock crawling. The Bureau of Land Management and several club members felt that it would be unsafe to cross this area and therefore closed the trail. This opened other trails in the area, even though they also had flowing water in the usually-dry river beds.

While it is fun to drive my own Bronco, I find it easier to bum a ride, so I can photograph the vehicles as they traverse the trails. Besides, I meet new people that way. The group of members I got in with this year took the trail known as the Turkey Creek trail. We started our journey about ten o’clock in the morning right after the group photo, driving through Black Canyon City onto the freeway to head North to the Bumble Bee exit. From here it is about a four-mile drive to the turn which leads down to our first water crossings. Once everyone had crossed the river the journey led the group up a steep ride up a hill and into the vast backcountry. The recent rains made the desert (which is usually light brown in color) turn majestic green with wild flowers blooming in the vibrant colors of yellows, reds and oranges. This trail was moderate traveling with only a few places where 4-low was needed. We came to an area with a tight left turn against a rock wall which slowed the pack down. It was also a place to stop for lunch along the river and the second of many more water crossings. After lunch about half of the group chose to turn around and see another trail while our group of about twelve forged on the current planned trip.  It was about our fourth crossing when a member coming out of the water flexed his chassis, somehow bending the fan and hitting the radiator. Pig blankets were used to contain the anti-freeze but now it was time to fix the leak. Good thing that several people carried tire plugs. I brought up the idea of Flex Seal® to seal the leak, after all you can use it to float a boat, right? We continued the journey crossing more and more water ways, a total of fourteen from start to finish.

With no more water crossings in sight, we made our way to the town of Cleator. Once a mining town, it’s now a pit stop on a dirt-maintained road to the mountain town of Crown King. Both are favorite stops along a dusty road for a cold drink, which was a good thought after the long drive. Cleator Bar & Yacht Club had a St. Patties day celebration with cold sodas, brews, tacos & tamales, and for those that cherish everyone’s favorite, ice cream bars. From here we all turned tail for Rock Spring Café where the annual BBQ dinner is held. The café cooks a hearty dinner to choke down the dust eaten on the trail. This meal includes BBQ chicken and/or pulled pork, coleslaw and baked beans. For dessert your choice is cherry or blueberry cobbler.

After the good meal and long trail runs comes the part of the stampede everyone has been waiting for, the raffle. For a mere dollar the chance to bring home the gift of a well needed bumper or a recovery kit, plus other gifts that are well-needed on your next trail run.

Whether it is the square body, full-size or Bronco II enthusiasts, those would love to adventure into the desert of Arizona make plans for March 20-22, 2020. There is always plenty of room to make a camp, enjoy a friendly get-together and meet new friends with similar interest. For more in depth history of the club, or to register early for next year’s stampede visit Arizona Classic Bronco’s website at www.azbronco.org.

Writer’s note; the Arizona desert is compiled of many dry river beds for most of the year, and while it is extremely dangerous to cross a river bed with flowing water, every crossing was looked at, talked about and everyone agreed on how to drive across and should something unexpected happen, what to do. There is an inherent danger to cross flowing water especially when the bottom is not visible.  When four wheeling in the back country, go in a group, or tell someone of your adventure. 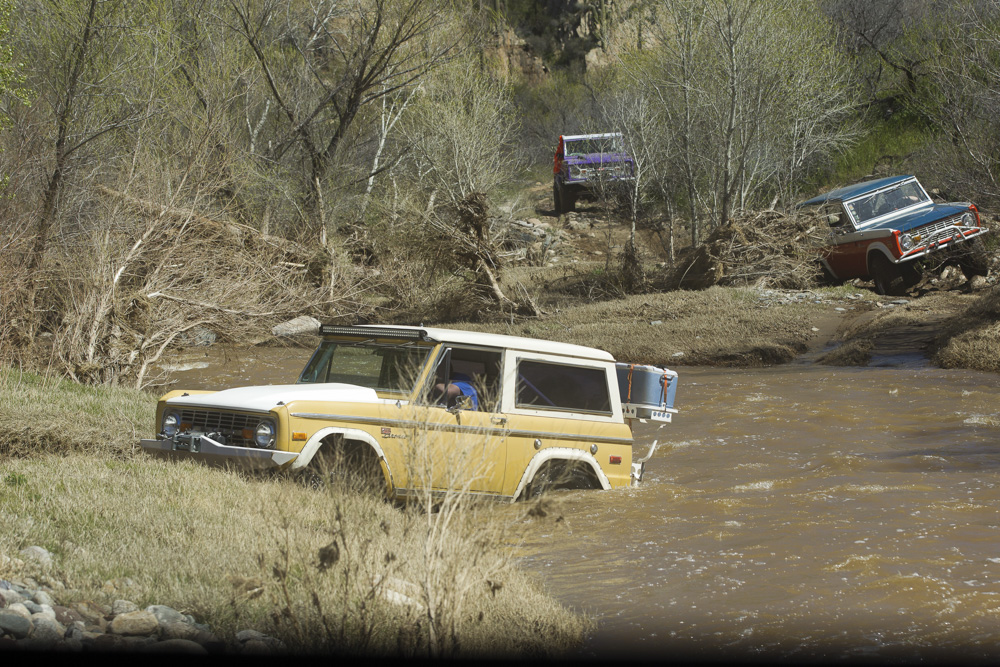 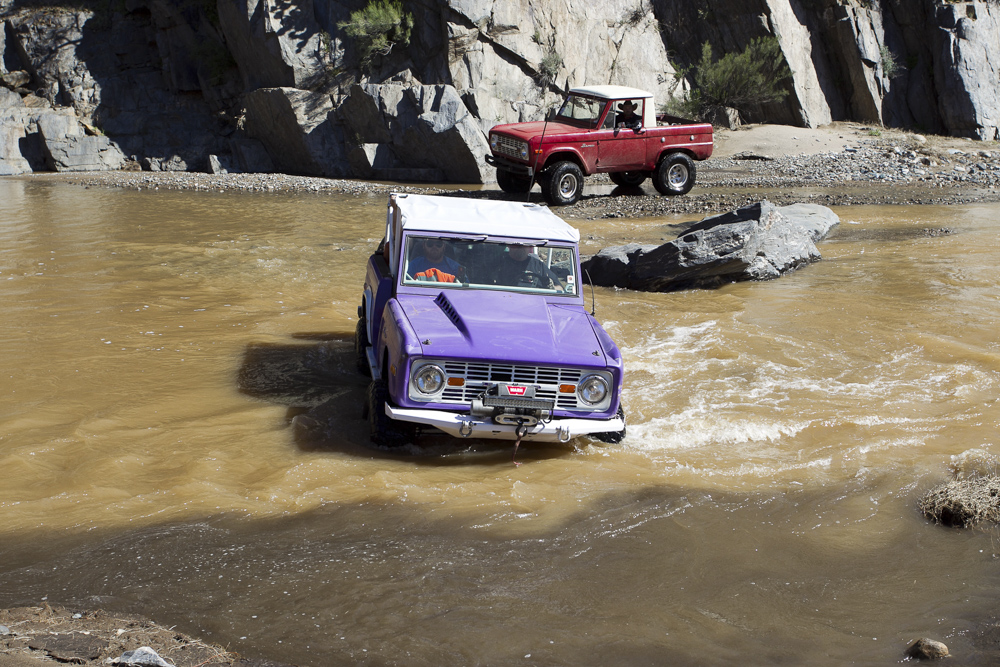 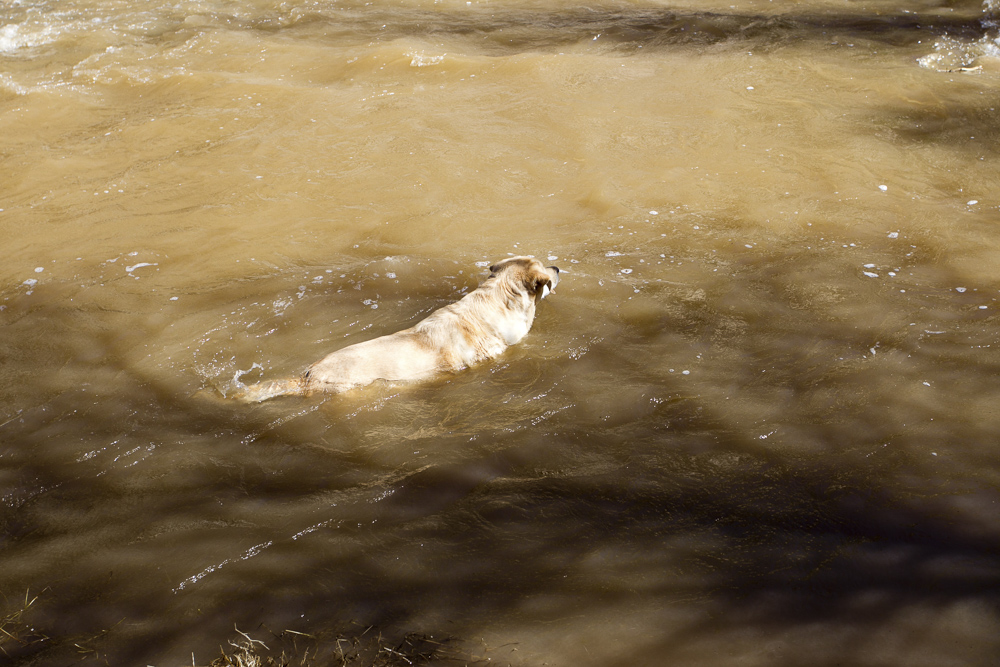 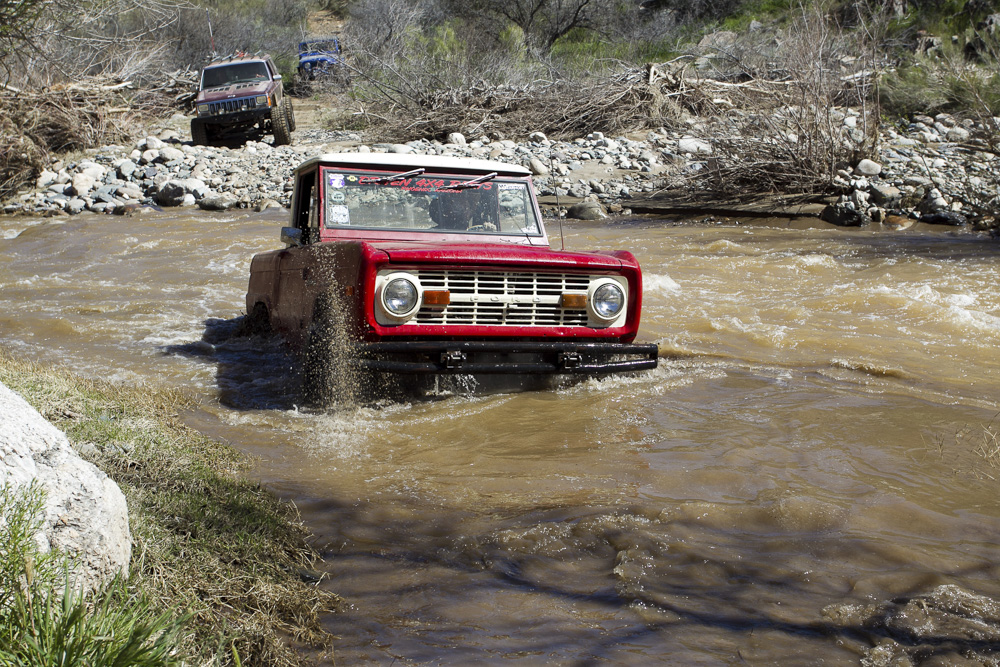 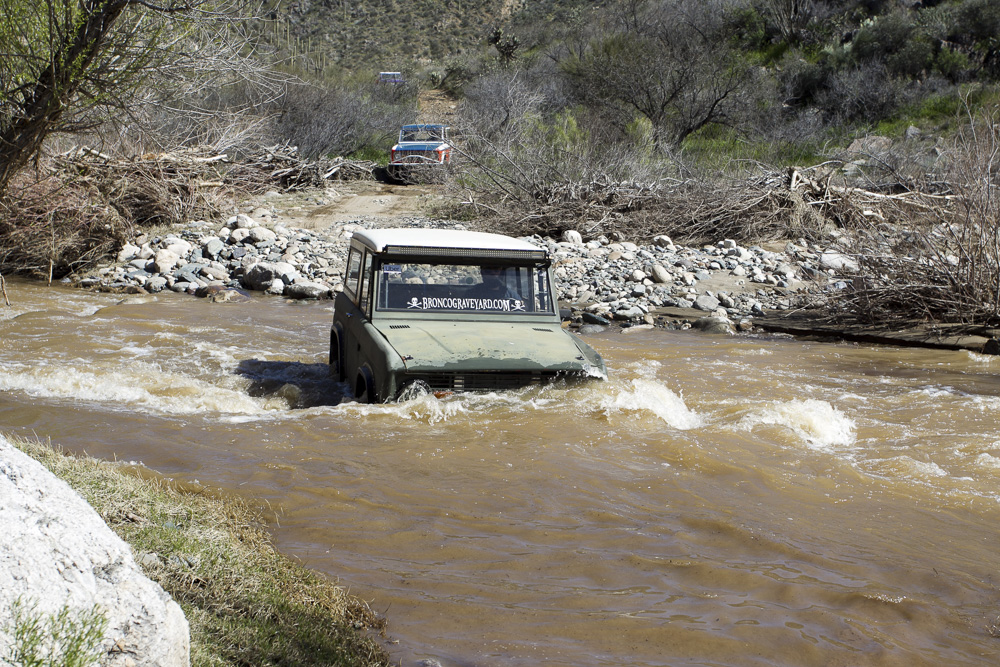 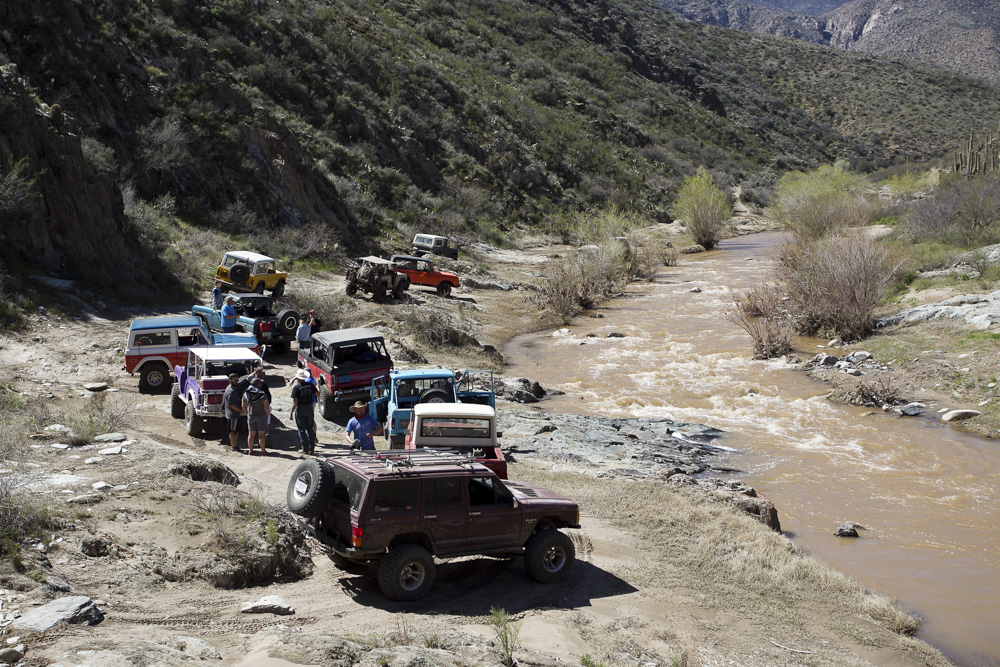 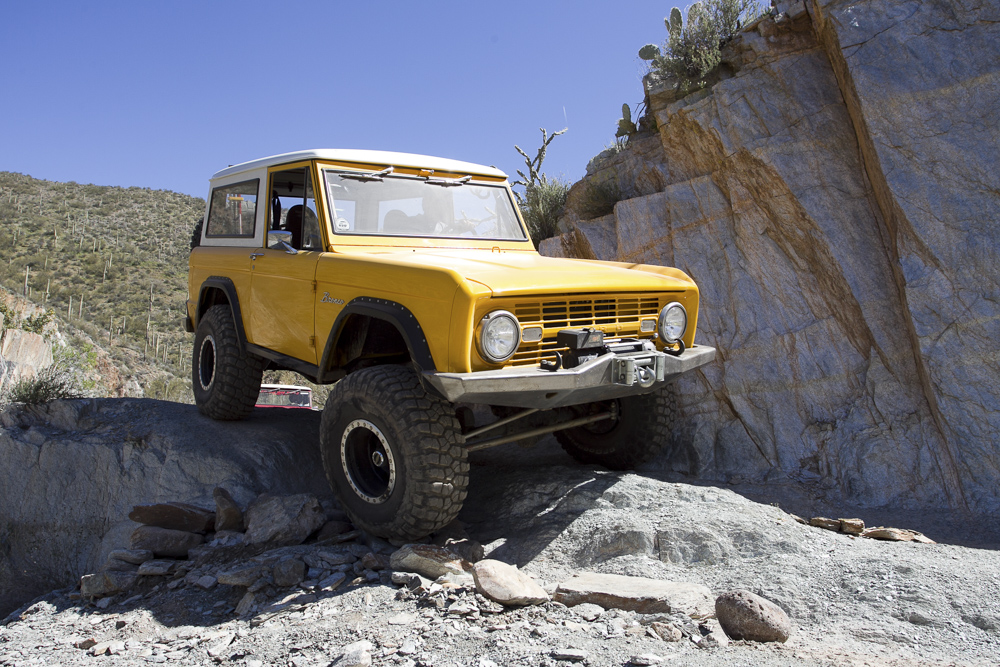 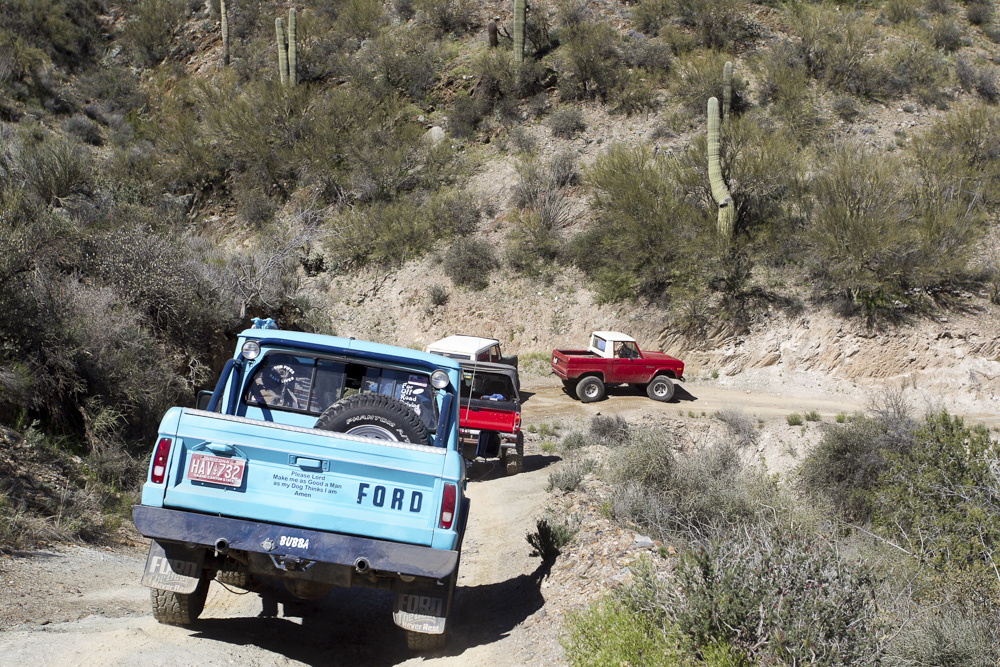 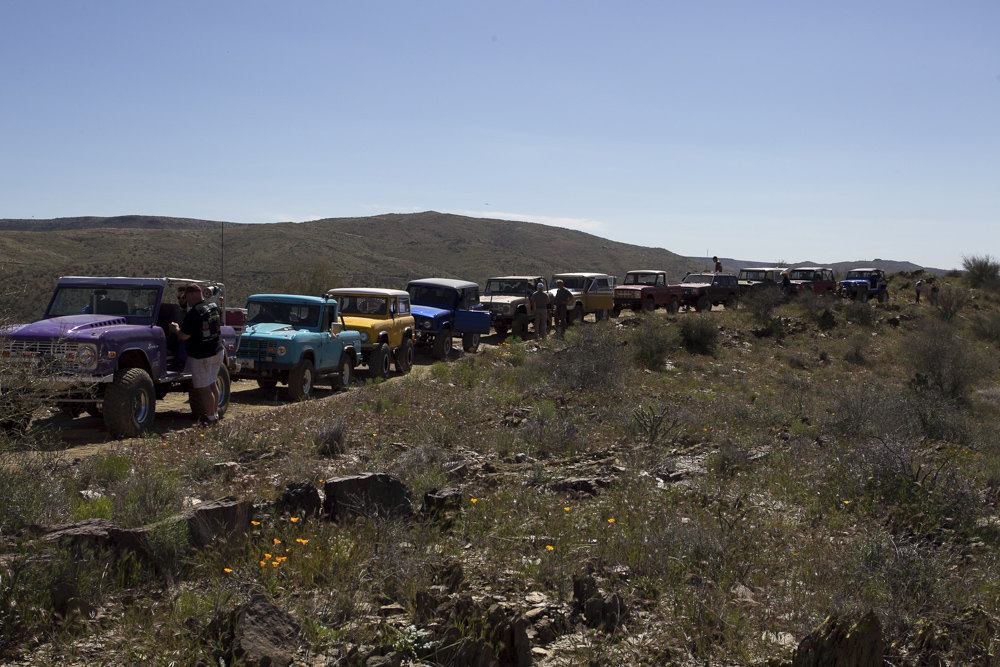 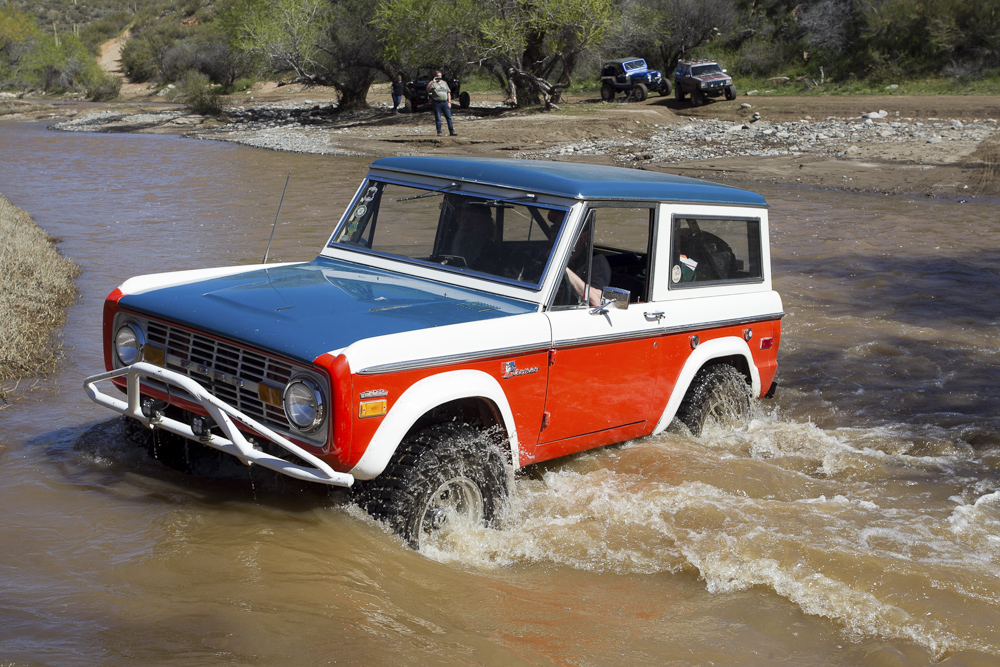 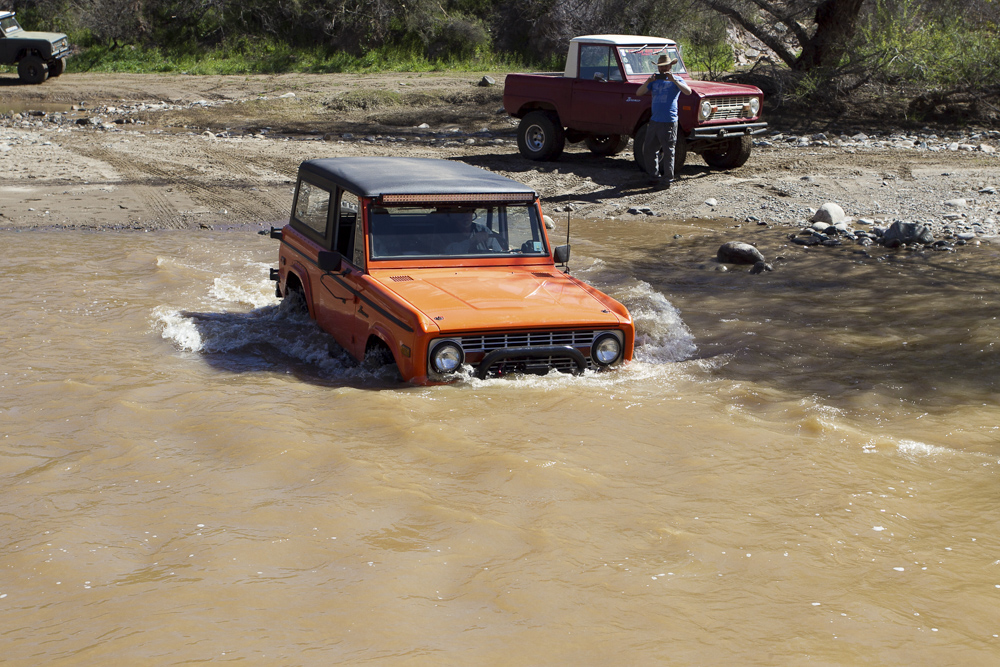 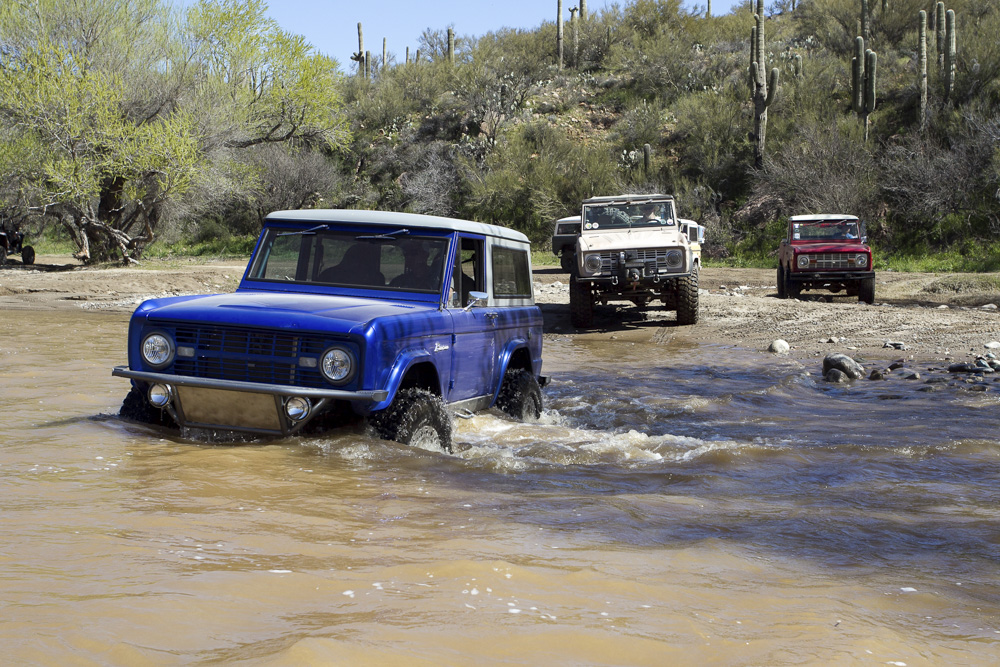 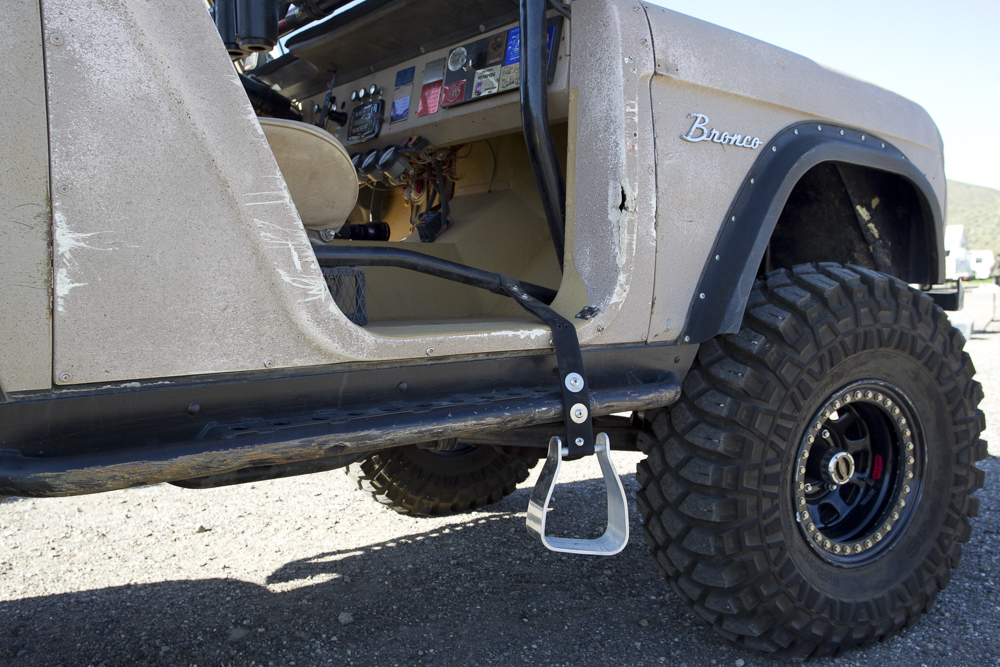 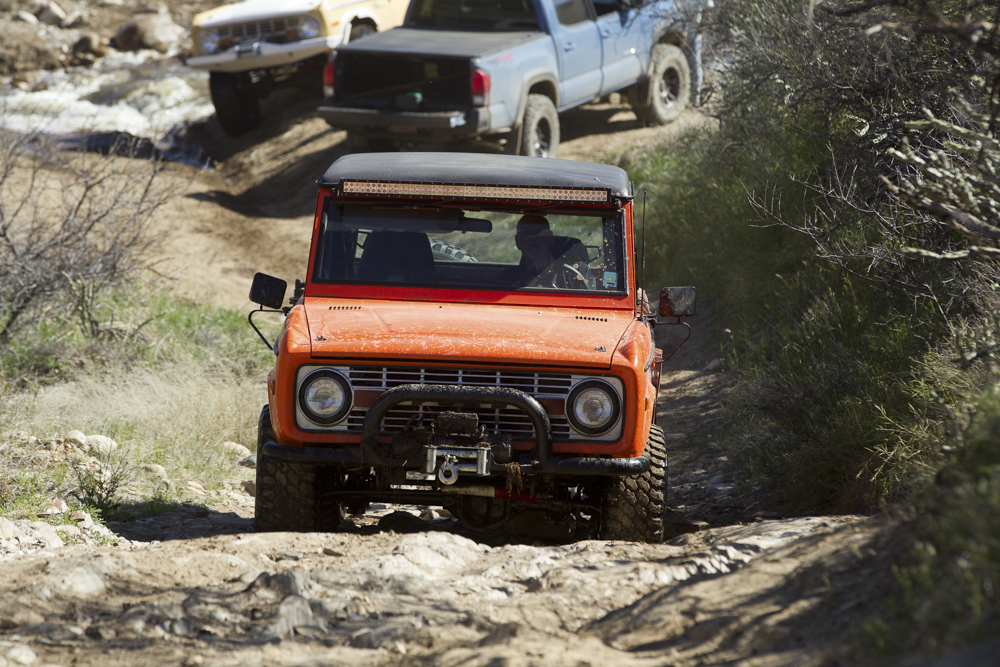 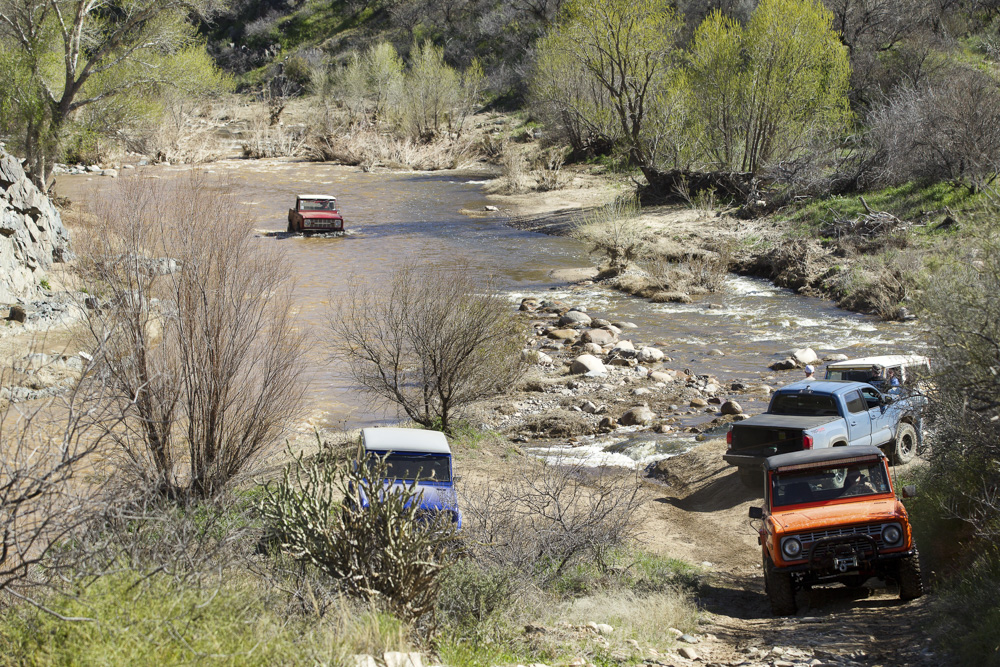 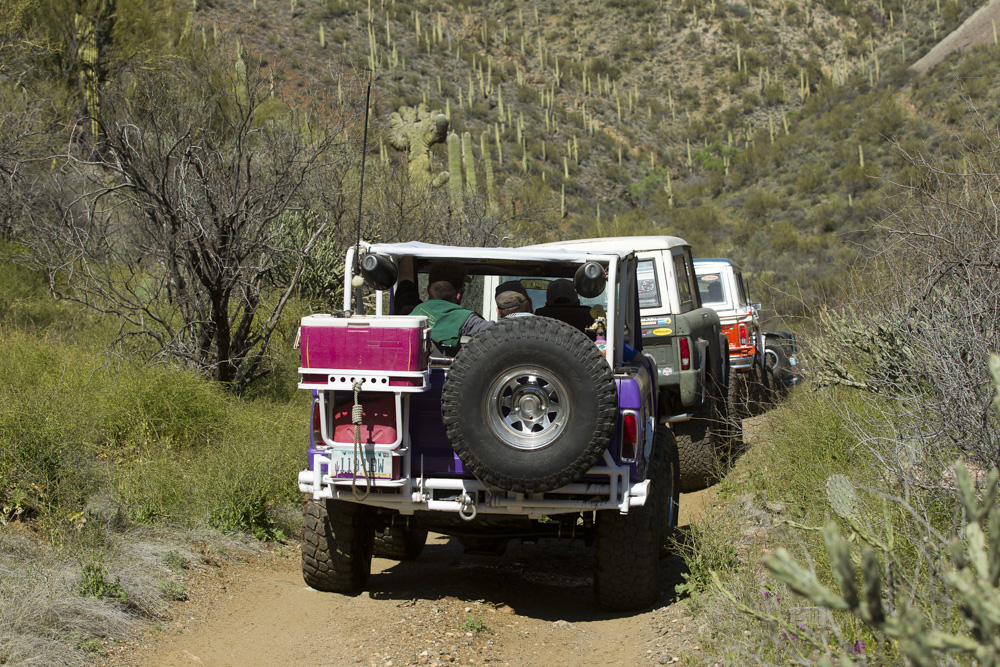 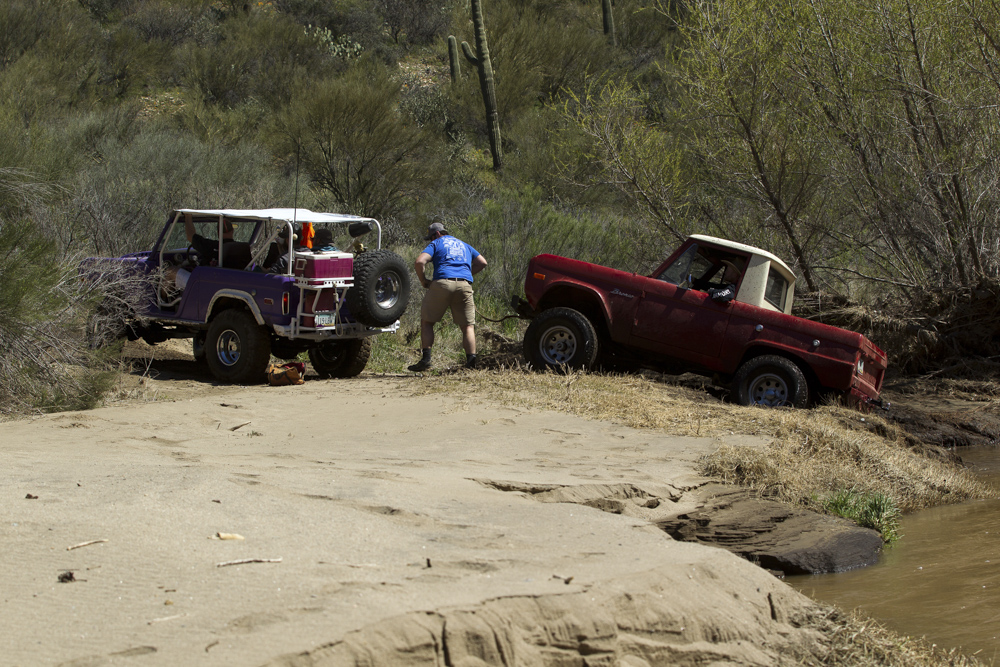 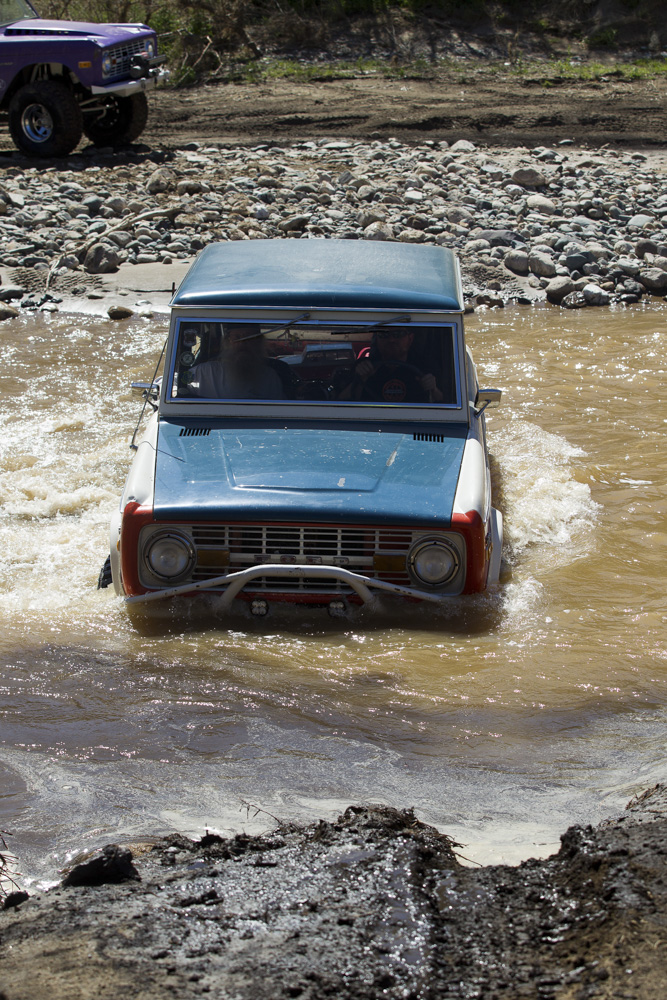 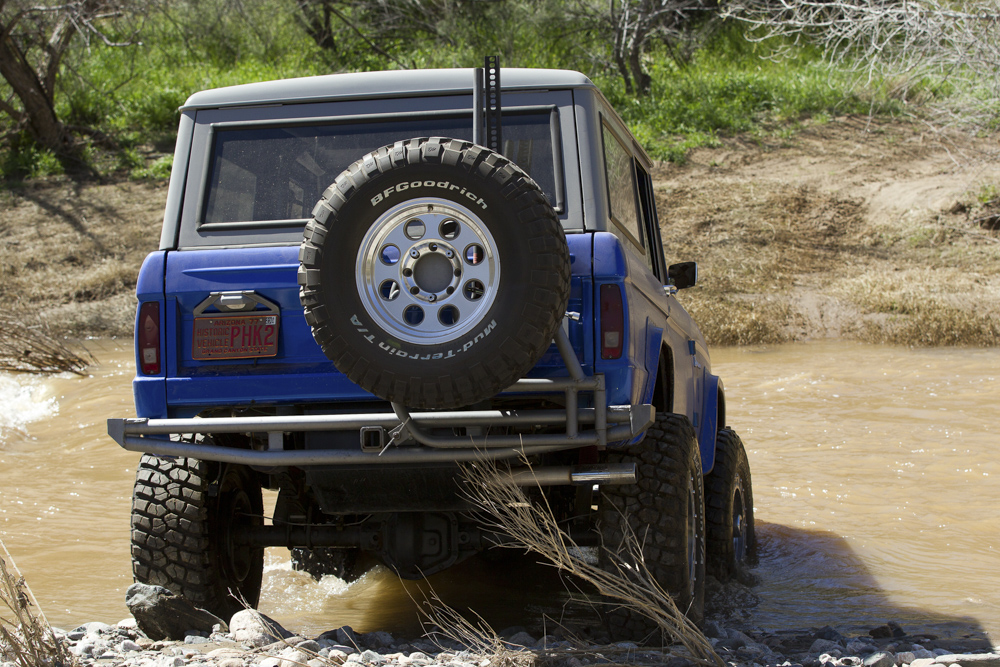