A Tale of Two Brewers

Beer, that sudsy liquid that accompanies many a trail ride; ranging from light complexion to so dark it can’t be seen through. Barley, hops, water, and yeast come together to delight the senses. You’re either a beer drinker, or you’re not, rarely does one only “kind of” drink beer.

My own history of beer goes back almost fifty years, on Sunday afternoons in my childhood home, I was the designated beer fetcher. I would trot out to the kitchen, open my dad’s Lone Star beer and sip the foam off. I graduated to opening the Hamm’s cans as we changed states, in high school I drank Miller Lite, because that’s what we could afford. When I was finally of legal age, I left beer drinking for the finer pursuits of adulthood. It wasn’t until my kids were grown that I discovered other flavors, my palate is cheap…I lean to the occasional Mexican variety with lime or a Hefeweizen with orange, if given a choice – maybe it’s really just the fruit I like. A passionate beer drinker, I am not. But I know others who are. Brewmasters, aficionados, those who can converse in beer. Some to drink, some to brew. Here’s a tale of two brewers.

It seems that getting started as a home brewer is pretty typical of most craft brewers. Kyle Wenzel, brewmaster and proprieter of Harbor Brewing in Illinois, began with kits. A buddy who brought his car in for service had just gotten started brewing, he invited Kyle to join him. What began innocently enough, became a passion. Soon, Kyle had graduated from kits and was brewing recipes given him from the local home brewing shop. This turned in to his own recipes and in less than five years, Kyle was ready to open Harbor Brewing.

“I started way too small” Kyle tells us, Harbor Brewing opened in May 2018, Kyle was brewing 4-5 times a week to keep up and still almost ran out of beer each weekend. “ I started on a 1bbl system with 4 fermenters. I quickly added 4 more fermenters, and still couldn’t keep up and still couldn’t open any more than 6 hours a day 3 days a week (weekends). Finally, I purchased a 3.5bbl system that I probably should have started on, and am now able to turn up production. We are still open on the weekends only, but I’m able to brew more than 3x the beer in the same time frame.” On offer at Harbor Brewing right now is the Delirious Black DIPA.

For Walter Danver, brewing has become a way of life with the goal of introducing old world styles with local taste. What began as a friend of a friend scheduling a brew day and sharing what he knew has become a passion that fills many hours. Let’s talk first steps though.

In the beginning to brew a beer, Walter took grain/malted barley and hot water to create a mash. This process was done in a rectangular run of the mill cooler. The mash converts to sugar water and is transferred to the kettle for a boil. They added hops and boiled for an hour. After that, the wort (after boil) was transferred to a glass fermenter and was naturally cooled. The next morning, they pitched an American culture purchased from an online source. Simple, yet just the beginning.

Fast forward to the early 2000’s, Walter started upgrading his system going from stove top kettle and partial mashes to building a custom brew system that could brew a half barrel. He was reading books and surrounding himself with like-minded people living the brew culture. The system is single-tiered consisting of three converted 15.5 stainless steel kegs, built to run on propane. Called a Brutus, the build is a classic using gas burners that are electronically controlled to turn on and off to manage the temperature of the hot liquor tank and the Mash Tun. Walter upgraded to 25 gallon kettles like you would find in a soup kitchen. This allowed him to increase production volumes. Walter was president of the local home brew club “Wort Dreams.” He would host meetings where he would have six taps of different styles for the members to enjoy. The big time beer geeks has special meetings working with experimental beers, Walter would brew a batch of wort to split amongst the group. Each person would manipulate their batch, some adding fruit and spices, others changing the yeast and bacteria strains, some fermenting at different temperatures. The rule was that each had to keep accurate documentation of their process/procedures. After completion, they would come back together and compare with a sensory analysis of each beer.

As times change, so do processes. In early 2016, Rick Jenkins was planning a water plant in his instrumentation shop to display demos. Walter’s idea was to brew beer instead. The focus was old world styles, mixed fermentation and spontaneous fermentation inspired by classic Belgian Lambic beer. They’re still at it, learning new things with each batch. More to come on that.
Interested in getting started yourself? Begin with education. Podcasts are popular, check out 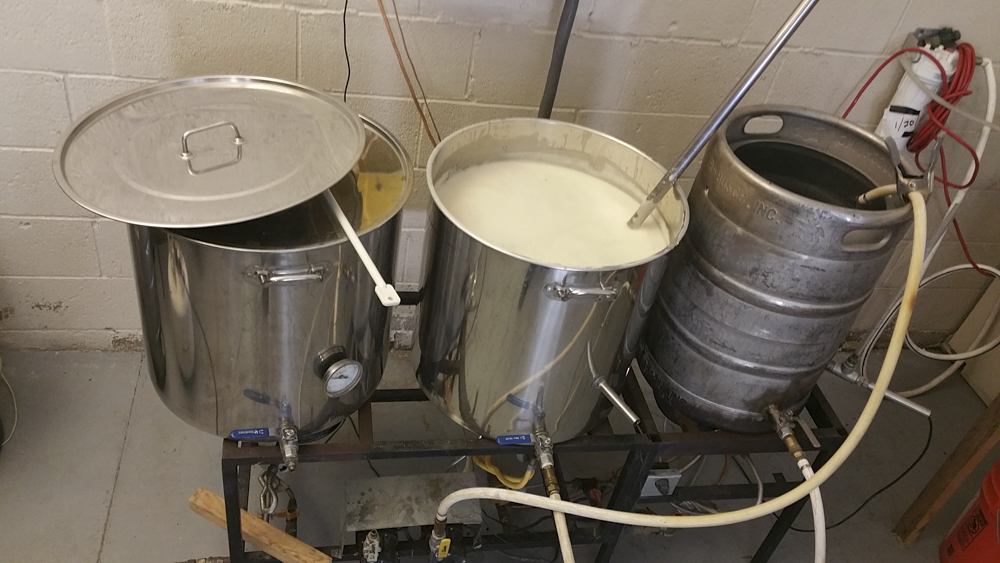 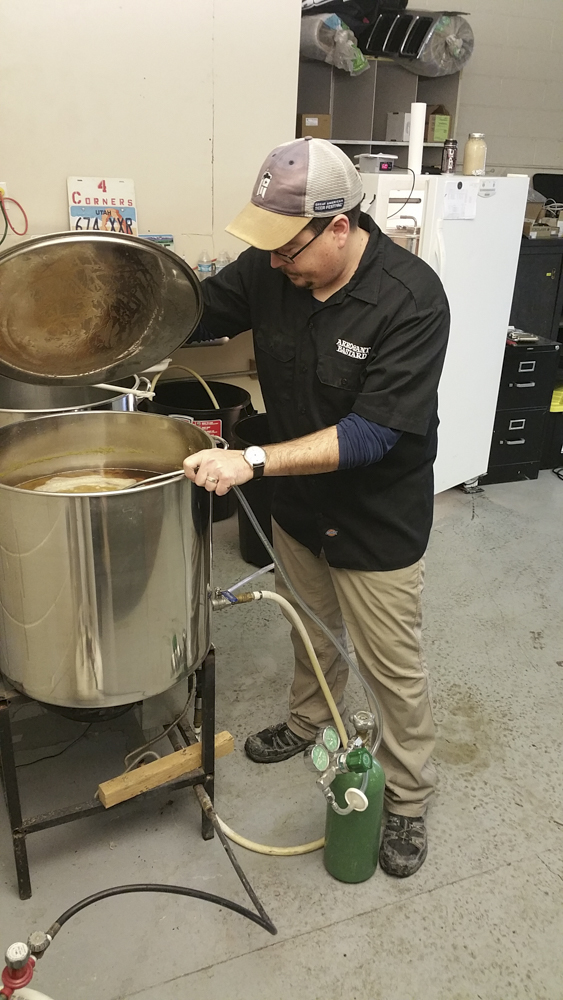 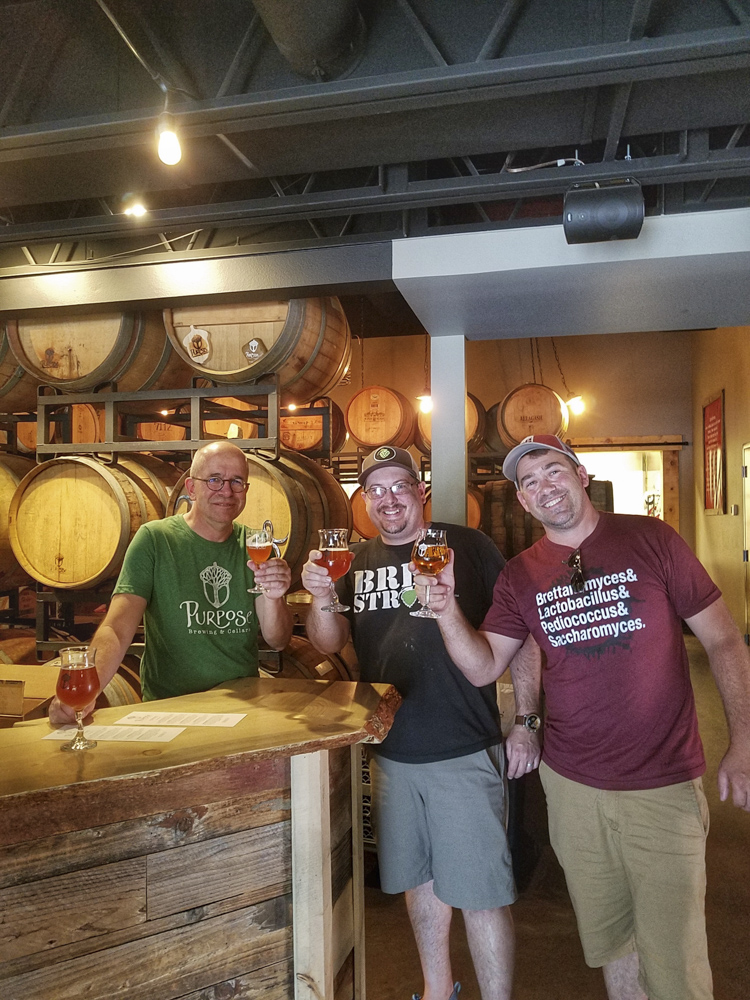 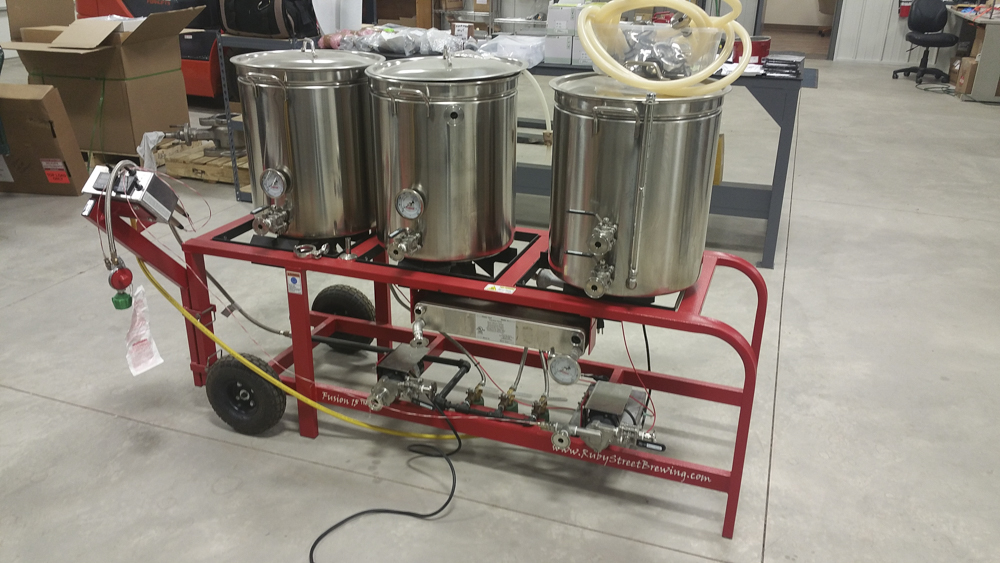 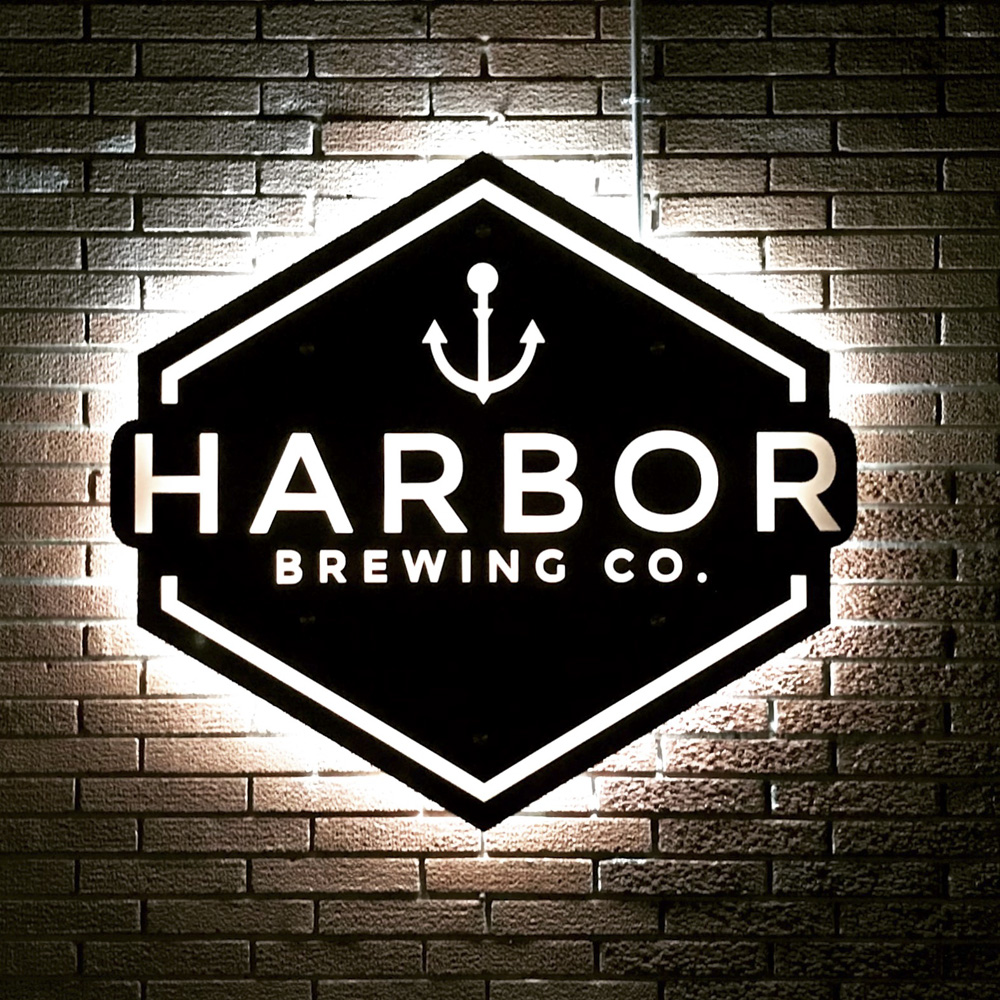 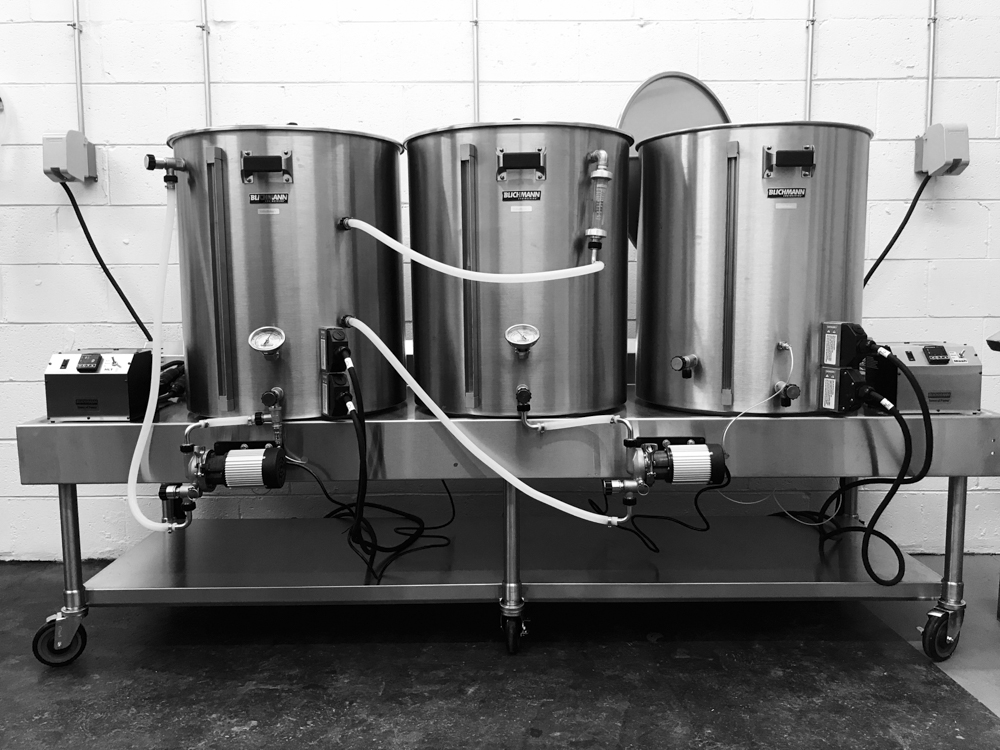 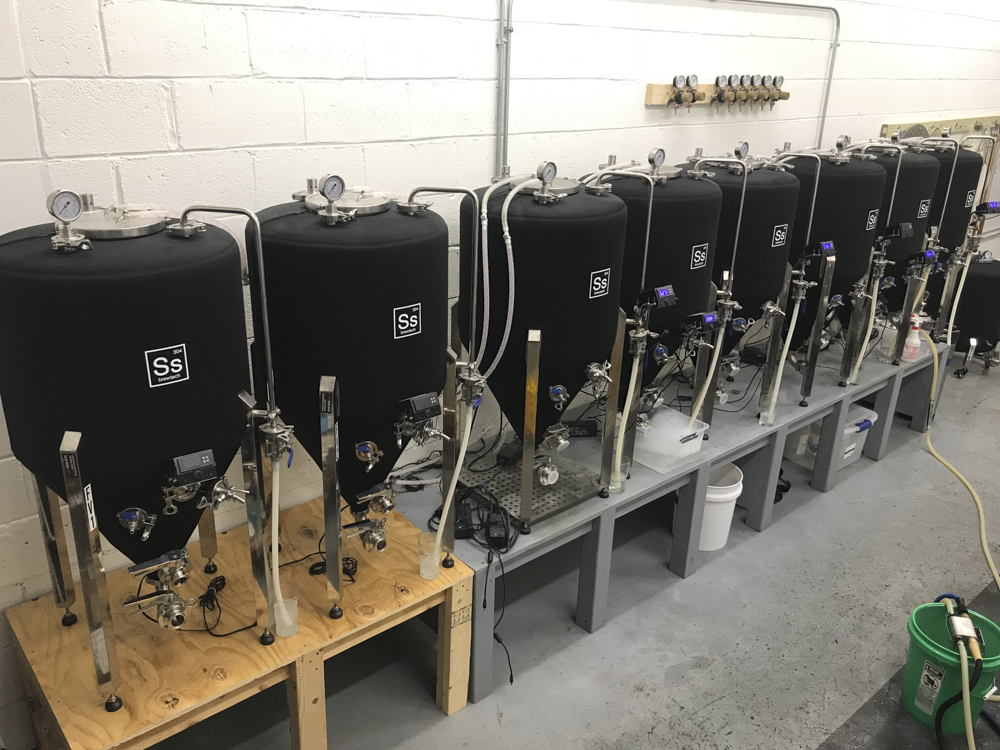 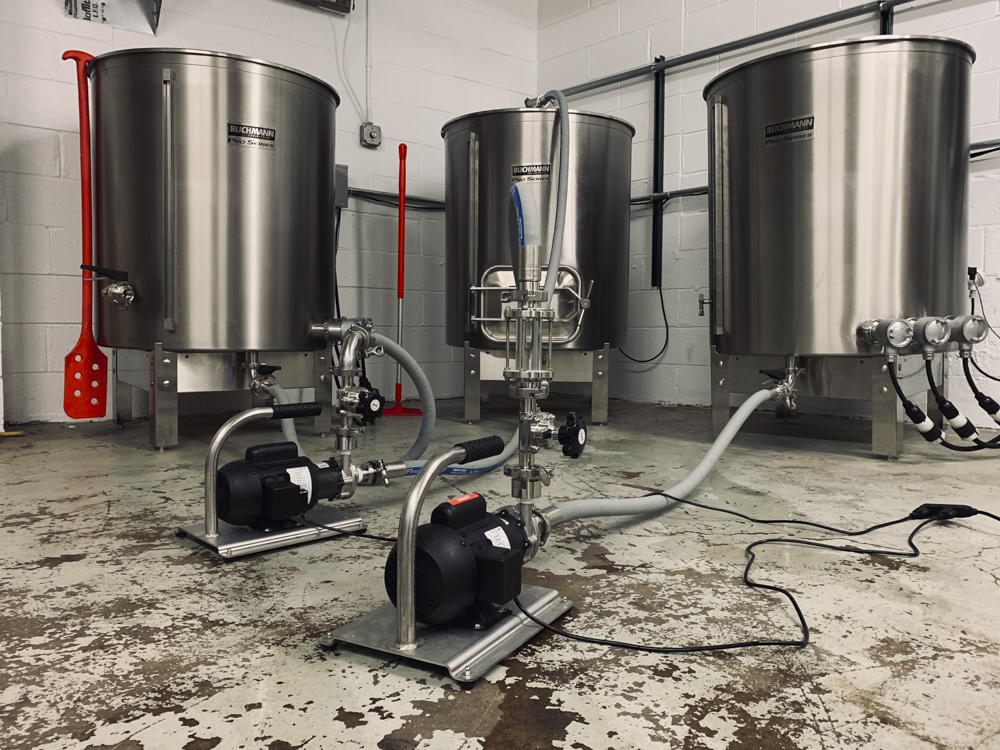