Back in October of 2019, a couple of TJ owners were discussing upcoming wheeling events when they noticed something, there are a lot of vehicle specific events ranging from Willy’s to FSJ’s, LJ’s to Early Broncos, but nothing for the TJ crowd.  The group decided it was time to change that and create an extreme event, just for TJ’s.  The plan was simple, put together a group of TJ owners that were prepared to wheel some of the hardest terrain available.

The idea quickly moved its way to a Facebook group, starting out with around 20 TJ owners spread out from East Coast to West Coast.  By early 2020, the planning had started with choosing Rugged Mountain Ranch in Daisy, OK as the location.  Rugged Mountain Ranch is a 3700-acre park with over 25 miles of established and mapped trails with everything from mild to nearly impassable/buggy only trails, with additional trails being cut all the time. The amenities made RMR a unanimous decision, it ticked all the boxes – insane wheeling trails, housing for up to 40 people and many RV spots available. Everyone could stay on location.

As the event grew nearer, the group dwindled down to seven TJ owners and one buggy owner that were brave enough to tackle the event, the “More Ultimate TJ Adventure Challenge” or MUTJAC for short, was born. The drivers and copilots were coming from as far as South Carolina and Georgia, to Oklahoma, Texas and Louisiana. Chuck Converse was unable to get his TJ ready in time but was still came to the event with the crew from Mason Converse Media to provide media coverage.

Once everyone got to the park, the group quickly got going on the trails, getting warmed up on 7-Up, First Blood and Double Overtime.  Carnage was soon to be a theme for the trip, as the huge boulders and technical creek beds caused breakage and flops starting almost immediately.  The first night, Ian Harkins broke a rear drive shaft on Main Vein, then Kasey Mills broke his rear driveshaft on Lower Tackett Creek heading out to recovery Ian’s rig from the trail.  A new rear driveshaft was built for Ian and his vehicle was recovered late on night one, Kasey left his rig on the trail overnight.

After a hearty breakfast from Beau Reed and his dad, Richard Reed, our chefs for the weekend, Kasey headed out with Beau to repair his driveshaft and a faulty air compressor (courtesy of some parts from Cole McKie of RCM Fab out of Georgia).  The group then got back to wheeling on Tackett Creek which is made up of four sections (Lower, Middle, Upper and Upper Upper).  Lower Tackett was finished up without any further issues, but Kasey then flopped on his side during Middle Tackett. Not to be outdone, Ian followed up Kasey’s flop by breaking his front driveshaft in the same place.  It was time to bail out of Tackett and go back to camp to make some more repairs and eat dinner.  After dinner and repairs, the group went out night wheeling, hitting Bronco Buster, Spring Creek and ending on Bump-N-Run where Jason Proffitt broke a front ring & pinion that ended his trip.

The next day, the group dropped back into Tackett Creek where they had left off the day before and finished it up.  The group made it through the rest of Middle Tackett and Upper Tackett without issue, other than Zach Savage winching a few times due to stripping the splines on his Anti-Rock mixed with a few sketchy, off-camber climbs. The group pressed on and got to Upper Upper Tackett where some of the biggest rocks in the park call home.  The group got to Abyss, which is the last large obstacle of the trail, where Cole McKie broke a front driveshaft.  Zach Savage redeemed himself of his new winching habit with a great showing on Abyss, being the only vehicle to successfully make it up the left side of the obstacle.

After completing the Tackett Creek trail, the rigs headed back to the lodge to load up and head home.  Before heading out, plans began for the 2021 MUTJAC event.  The plan is to grow the event substantially next year as the group has already grown to 65 members and more are being added almost daily.  The 2021 event is headed for a loop of hardcore trails in Colorado in early August.  If you are interested in attending the event, reach out to Kasey Mills on Facebook or Instagram.  Special thanks to Mason Converse Media for coming out and walking most of the trails getting photos and video, as well as Rugged Mountain Ranch for being hosts for the event. 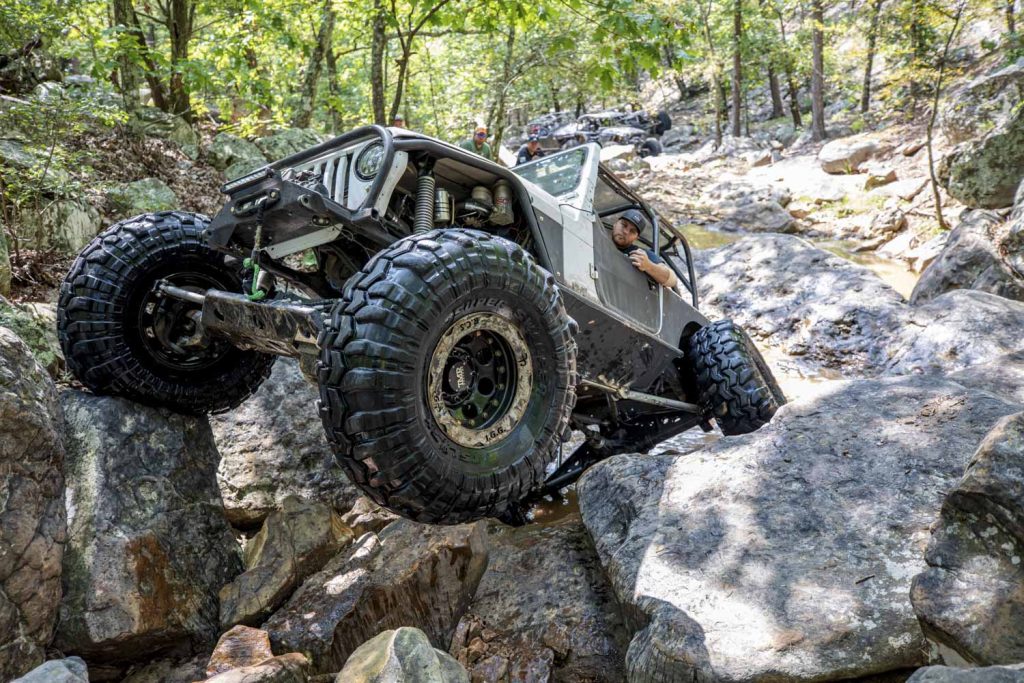 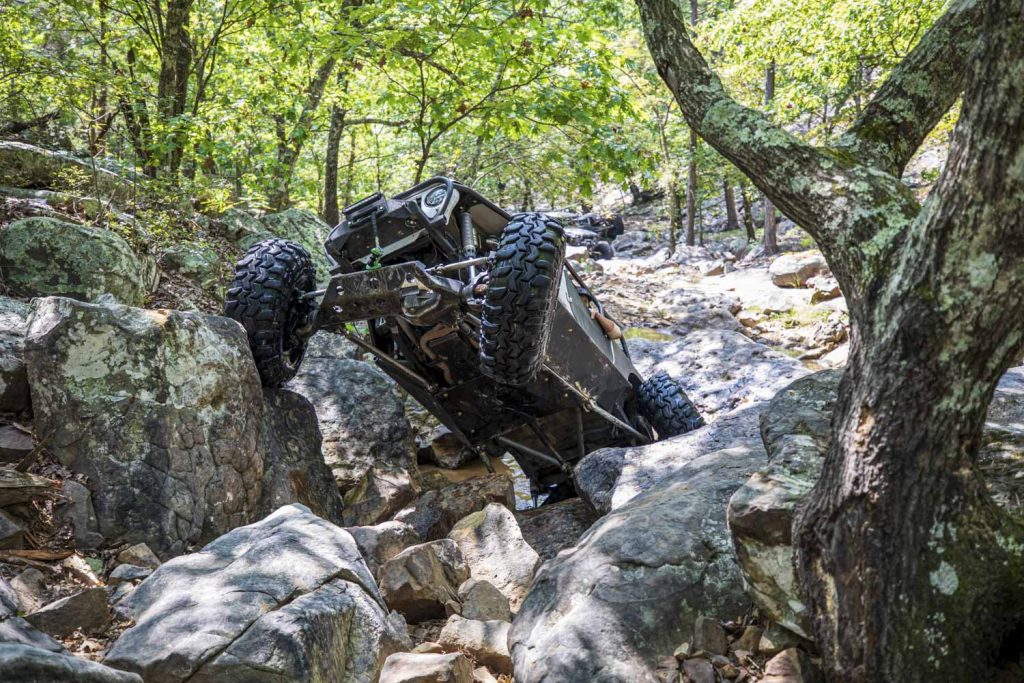 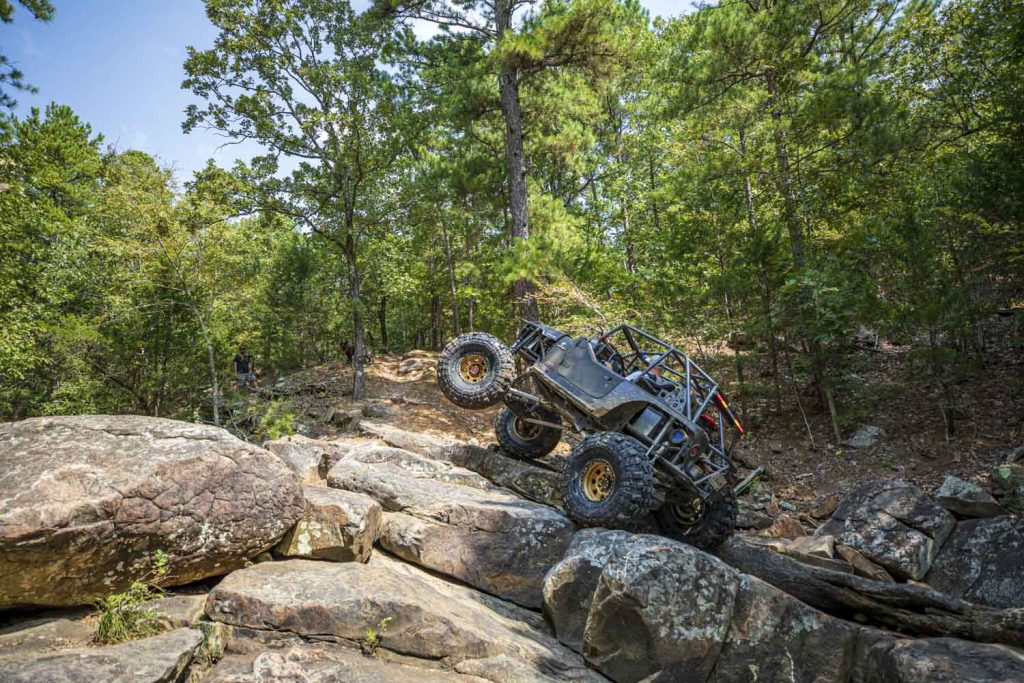 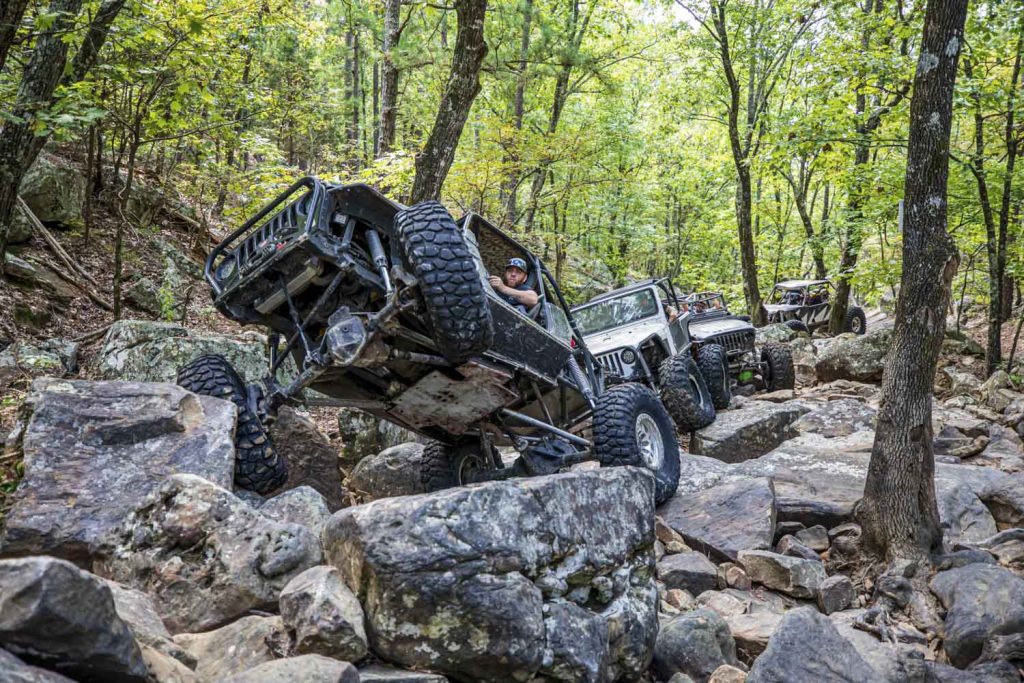 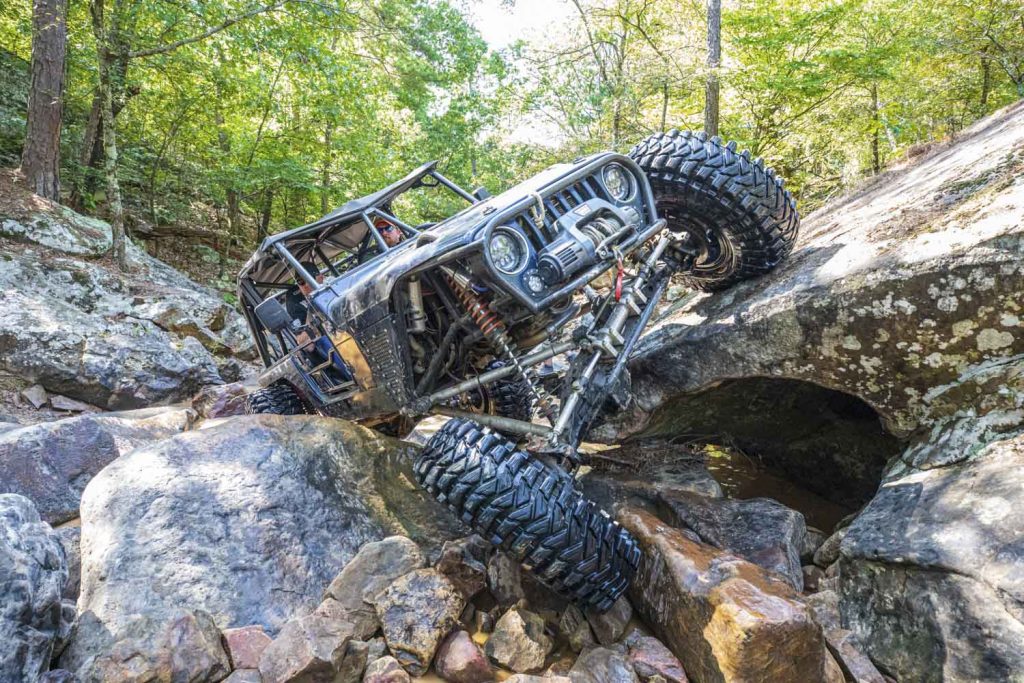 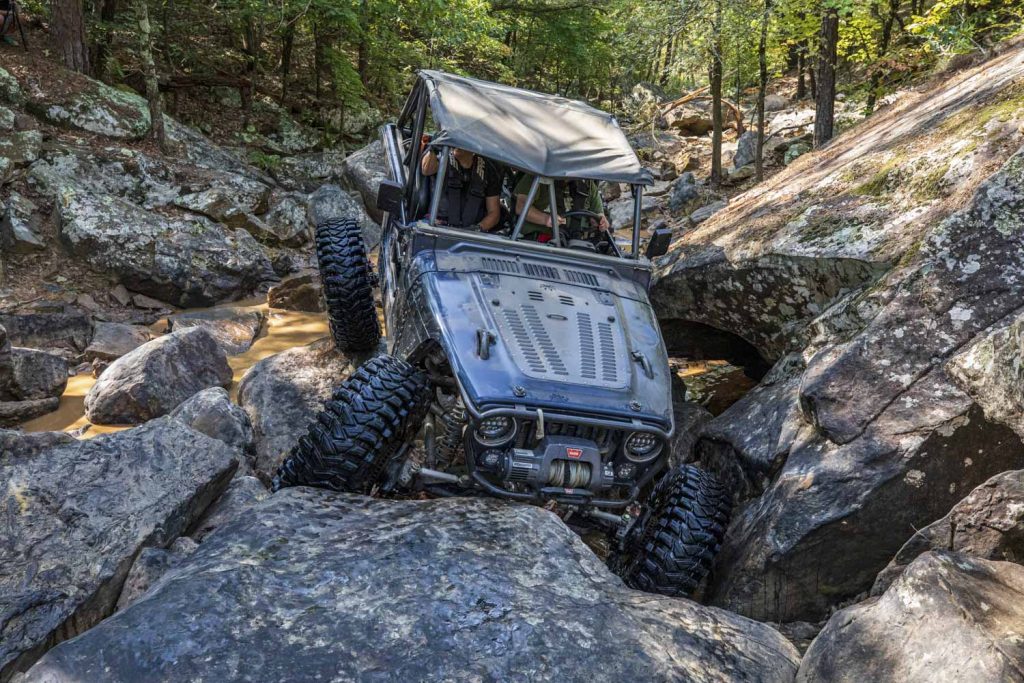 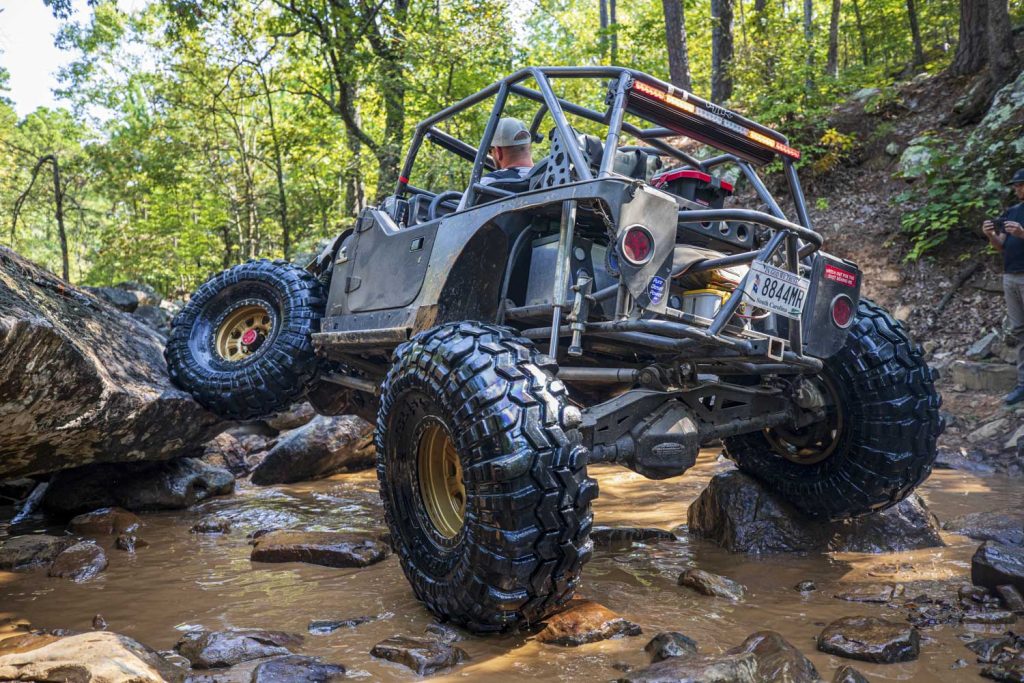 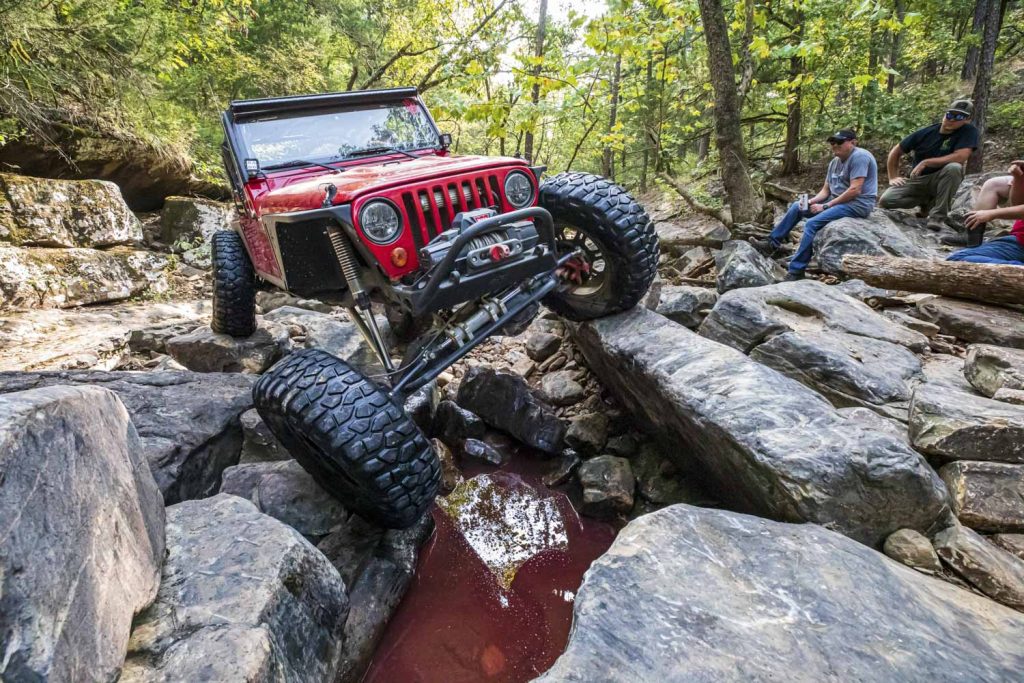 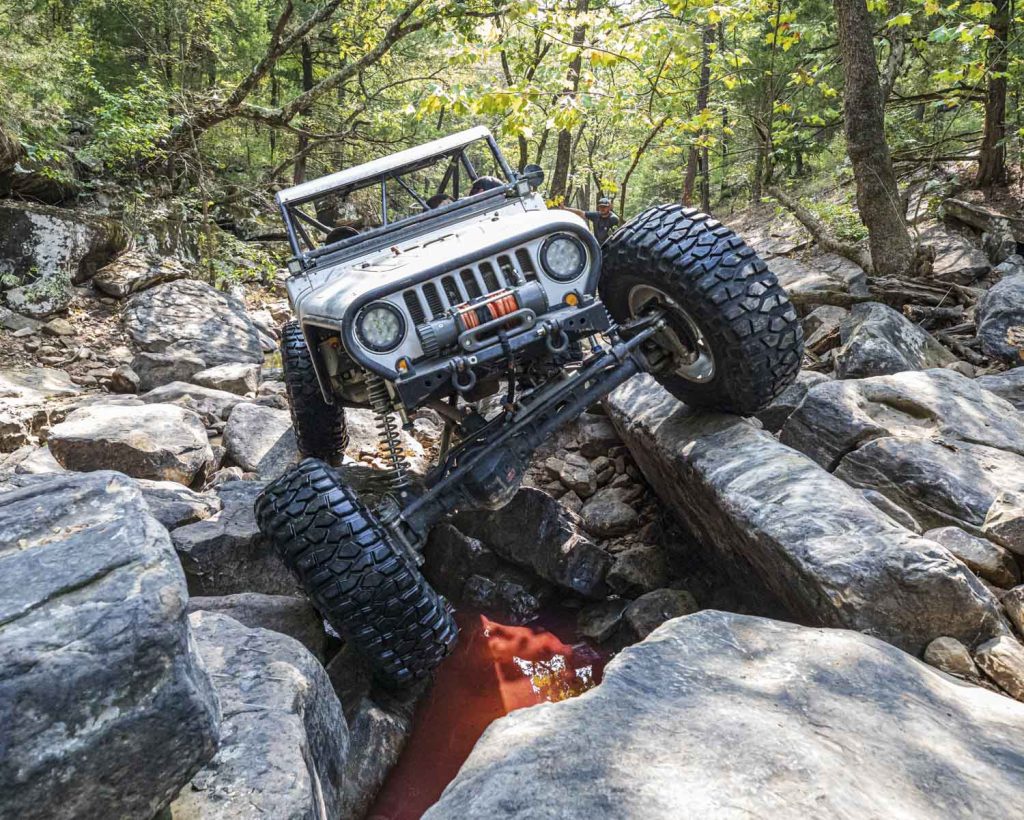 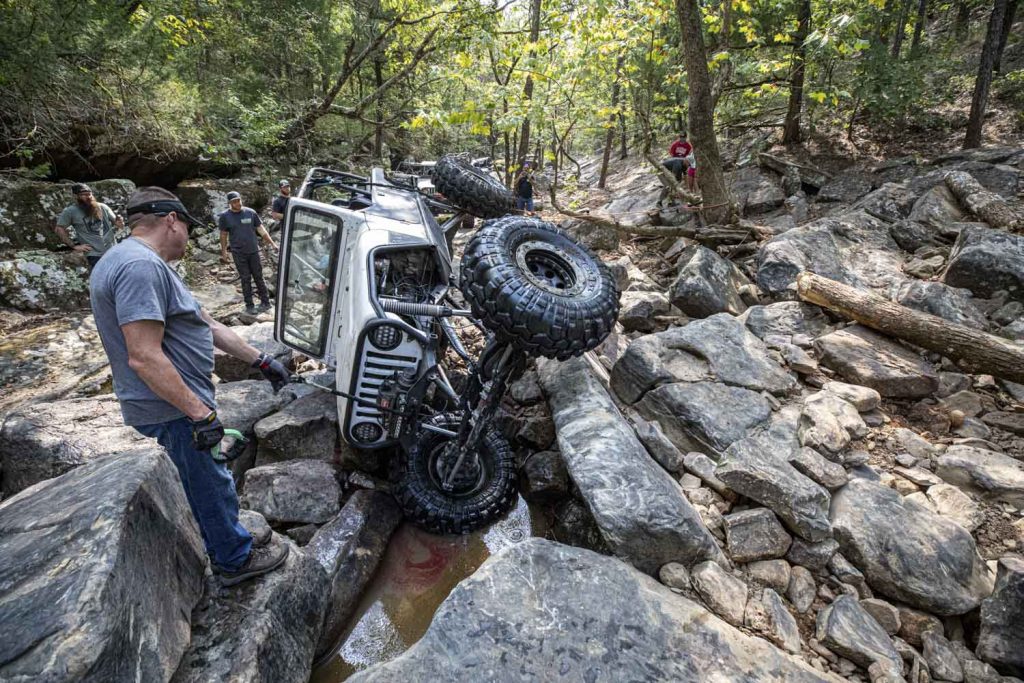 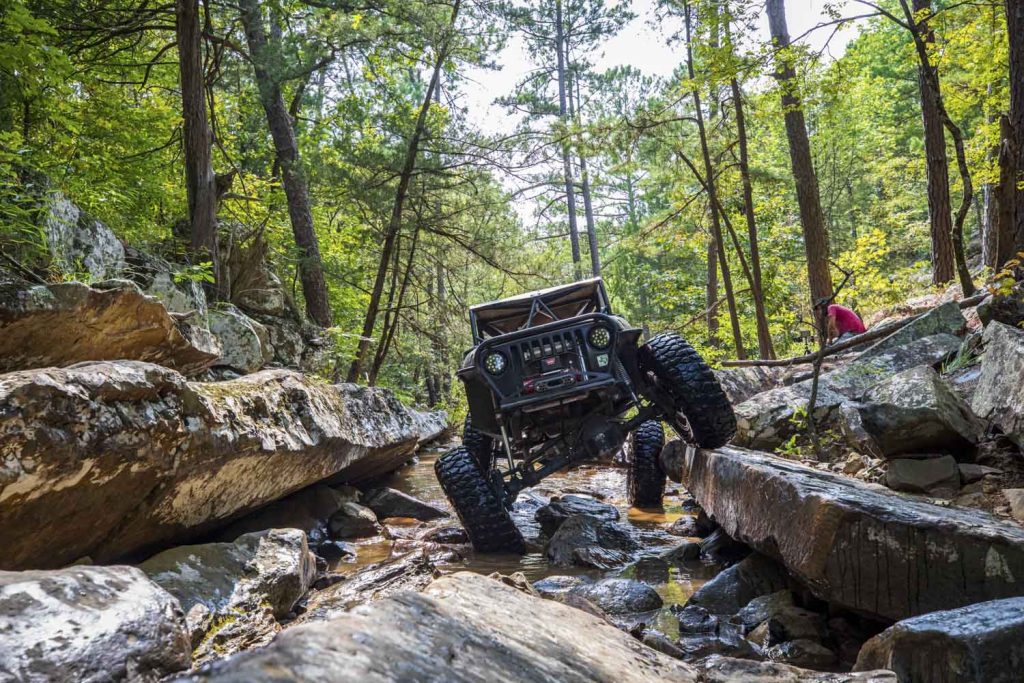 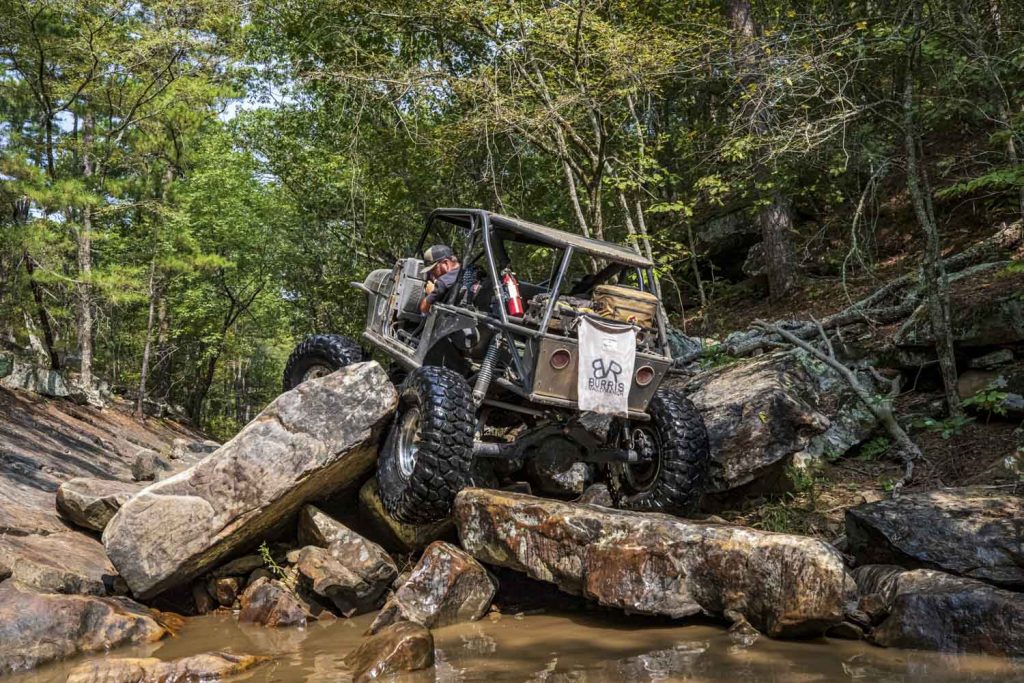 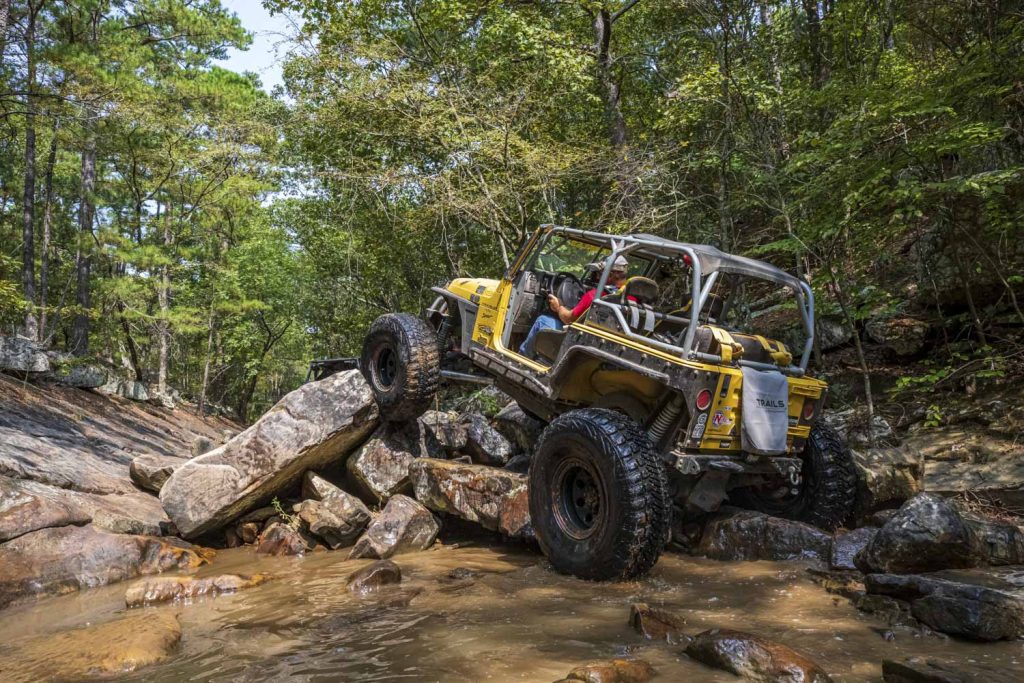 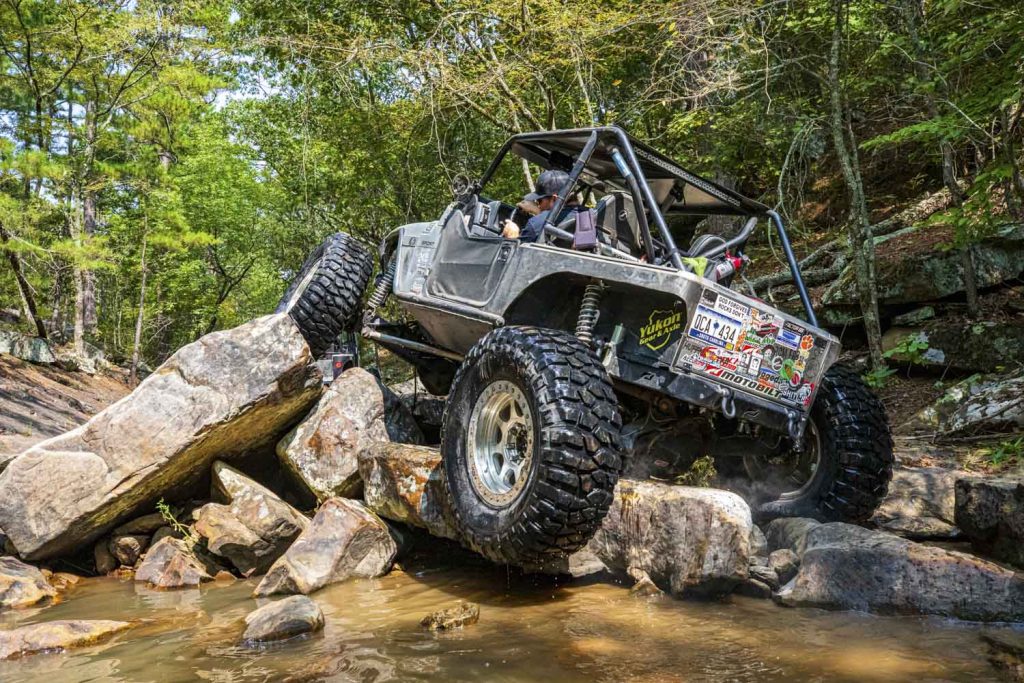 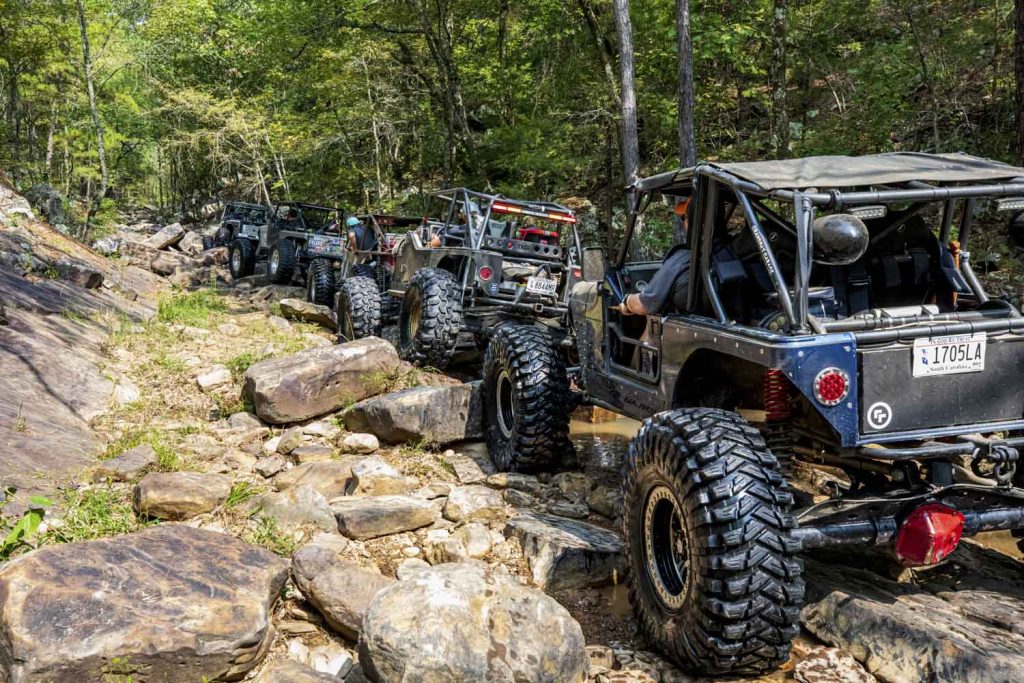 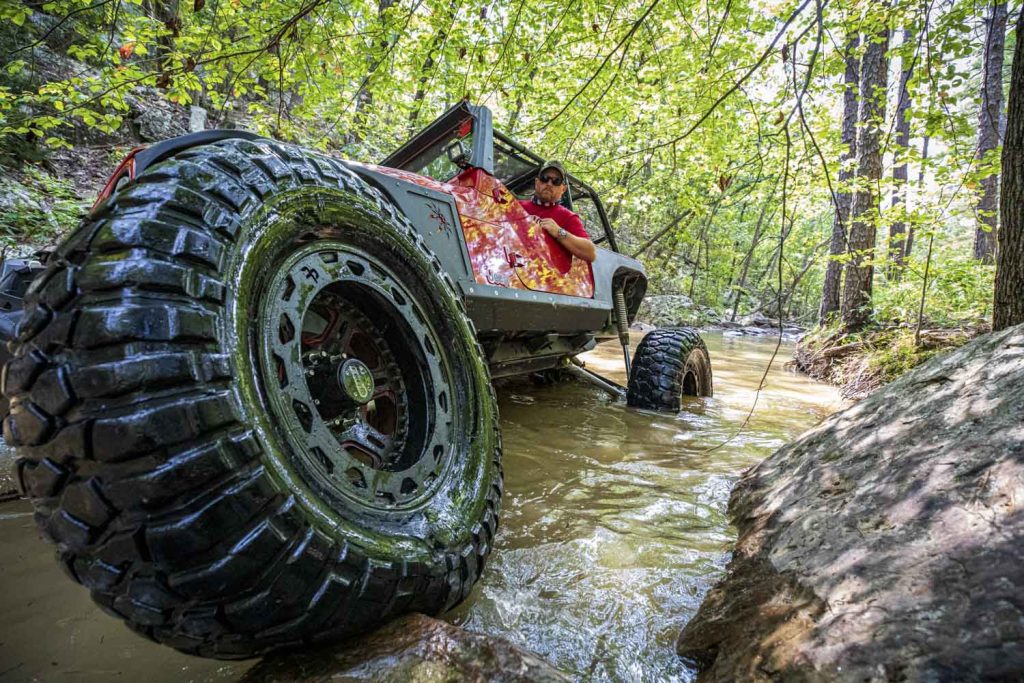 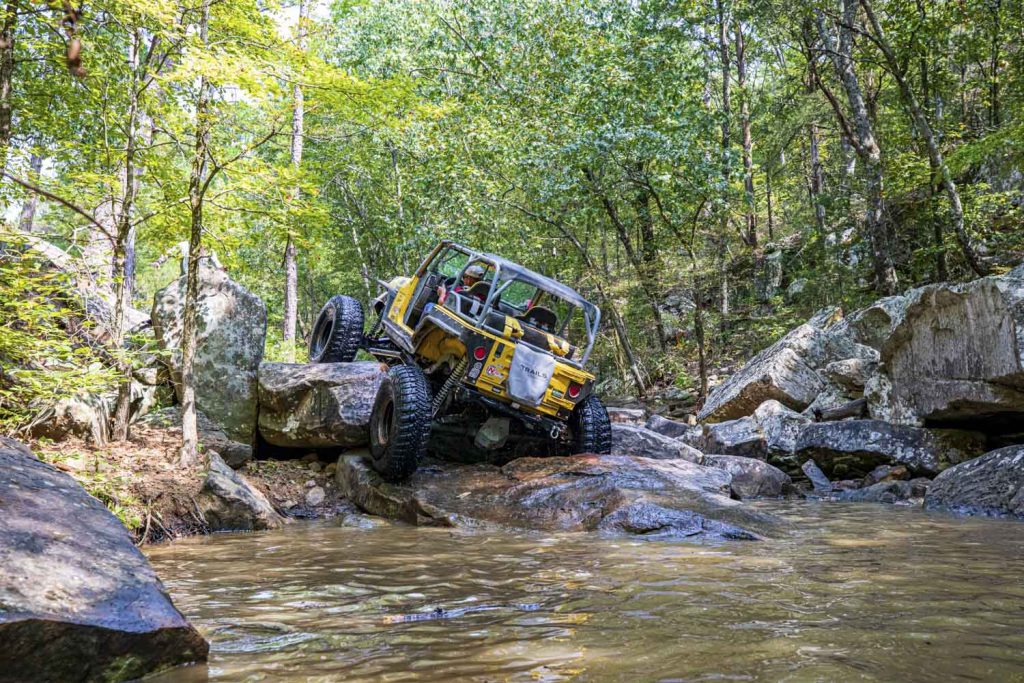 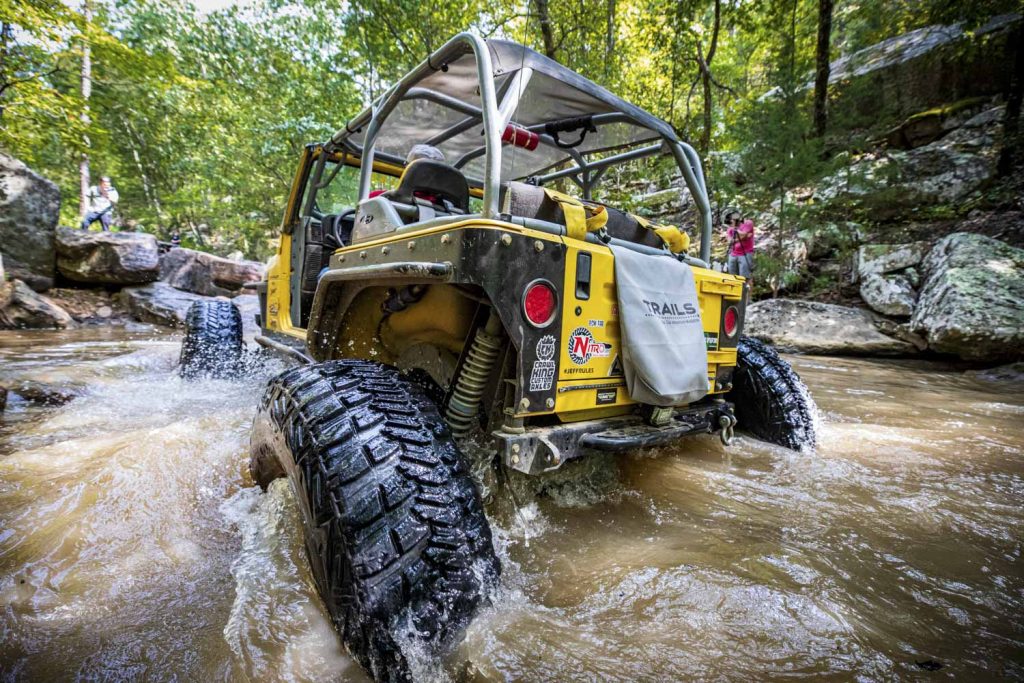