For many of you rock crawling is a way of life, it’s what you do when you get your rig off the trailer as often as you can.  We understand.  For a select few, competitive rock crawling is their passion, because rock crawling changes when you add cones and a crowd.  All of a sudden, you no longer get to pick your own lines, that crack line you would have chosen to avoid on your own is now in play.  There’s now a cone where you would have placed your tire and there are other competitors who are amping up the strategy game.  And let’s not forget there is now a time limit, that changes everything. 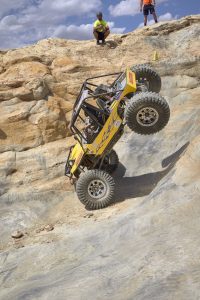 Competitive rock crawling has been around since the late 90’s, the rules of competition haven’t changed much, but currently sit at ten minutes to complete the course, no bonus for completing in less time; 10 or 15 points awarded for progression through all gates (depending on class); 10 points penalized for hitting a cone and 1 point penalized for each back up.  There are other nuances too, but these make up the majority of points awarded or penalized.

At the W.E. Rock Grand Nationals in Farmington, New Mexico, there were five classes of competition.  The professional classes are Unlimited and Pro Mod.  The Unlimited cars can be drag axle or rear-steer, they can be full tube chassis, or modified vehicles, tire size can be unlimited, although tires must be automotive based.  The Unlimited class is meant to test technology, this is where the innovations are seen first.  In the ProMod class, they are limited to two seats side by side; no more than 40” tires and must look like a vehicle that has been produced.  The intention is that those viewing the competition can recognize the vehicle as one they could possibly own.  The Sportsman classes are broken down in to two classes, Sportsman C which includes smaller tires, more body, think of it as your typical trail rig and Sportsman A which is everything else.  Sportsman A has every type of car, from rear-steer buggies to Jeeps on 37’s, you just never know what might be in the class.  Other classes are available, including UTV’s. The final class at the competition is the Mini-buggy, there was only one, but this vehicle is built on a 75% to 80% ratio of a full size rig, and driven by a six-year old.

Let’s talk about Landen Brown.  Landen started competing at W.E. Rock last March at the age of 5; he completed the East Series with three events and then came to Farmington for the Finals.  Together with his dad, Wyatt, he delivered a -53 on the C courses, that would have been sufficient for a 2nd place finish in the Sportsman C class or a 12th overall in Sportsman A, quite an accomplishment for a six-year old on the same courses.  The Browns started the series to be able to c 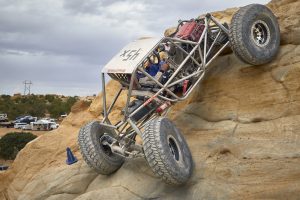 reate some family time, and it worked.  Mom, Dad, Grandpa, together with little brother and other family members have been at each event all season.

Family is what W.E. Rock is all about, the series is run by the same couple who bring you this magazine, but it’s the family atmosphere that is most important.  Whether for the spectators bringing their families to the event, or the family we create when we’re there.  It’s important that the atmosphere and attitude remain something you can bring your kids to and they can participate.

At W.E. Rock Grand Nationals, there were seven family teams competing, including Landen and Wyatt Brown.  In the pro classes, we had 14 year old Caleb Good driving the Wild Oats 192 ProMod with his dad, Jake spotting.  A big roll on A3 on day one of the competition took him out of contention for the top spot.  Jacob Reeves, 16, competes in the Unlimited class with dad, Jason spotting.  Jacob had a similar big roll on A1 on day two, his last course of the day.

The rolls continued to be the deciding factor for others as well. In the Sportsman A class, MacKenzie Duncan, 19, drives with her dad, Scott as the spotter.  Course C3 found MacKenzie tumbling, dropping her off the podium.

Farmington local, Jewell Jenkins, 15, the only other woman driving, and her dad, Rick, campaign the Harold Off built rig, Pinky in the Sportsman A class.  Two other teams brought their teenagers too, but they had them spotting instead 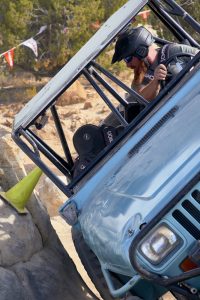 of driving.  Miles Kimberly and his daughter, Samantha and Clint Cressler and his son, Kinser.  Not only does family make a difference, but starting the kids early in off-road is what keeps the sport alive.  And just in case you think the sport is only for young people, let’s not forget our resident “old man”  Charlie Vacha is 78 years young and competes at five or more events a year.

Our sportsman are truly the heart of the sport.  They bring all kinds of rigs to wheel in competition.  Rory Irish brought the TrailMater, you’ve probably seen the tow truck in Moab before.  He not only wheeled it, he left the tow boom on it during competition and used that to tow one of the competitors off course who had broken.

Two teams came from Mexico to compete, including Juan Ramos and Raymundo Martinez, finishing second in the Sportsman C class.  Tim Garton drove his rig from Canada to compete, he took the windshield off during competition, finishing fourth, then put it back in and drove it home.

In the Pro classes, Craig Allen and Nate Reed continued their domination of the ProMod class, sweeping the competition scene this year. 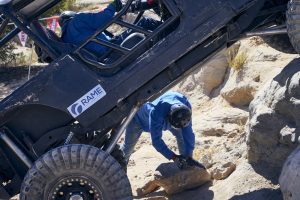 The Unlimited class has seen Jeff McKinlay on the top of the podium throughout the season, but high school football kept him home from the Grand Nationals, which meant it was anybody’s ball game now.  Top competitors fill this class, it is impossible to count anyone out until the final Shootout run.  Four teams entered the shootout.  The Shootout is the final course, meant for the top teams to determine who takes the podium. It is a long, grueling course where time management plays the biggest role.  At the end of the day, only the champions, Jesse Haines with spotter, Chris Poblano, were able to clear the course for the best score.  Final standings, Champions Haines/Poblano; 2nd place, Randall Davis with Cody Waggoner spotting, and Dave Wong with spotter Jake Eberhart in 3rd place. All three top teams were sponsored by Lasernut.

Congratulations on a great season for both the east and west series.  The 2020 season starts in March, if you want to be a part of it, check out www.werocklive.com for rules to be sure your rig will be ready. W.E. Rock will be ramping up the Mini-buggy class for kids up to age 12 to compete and the UTV class for 2020. 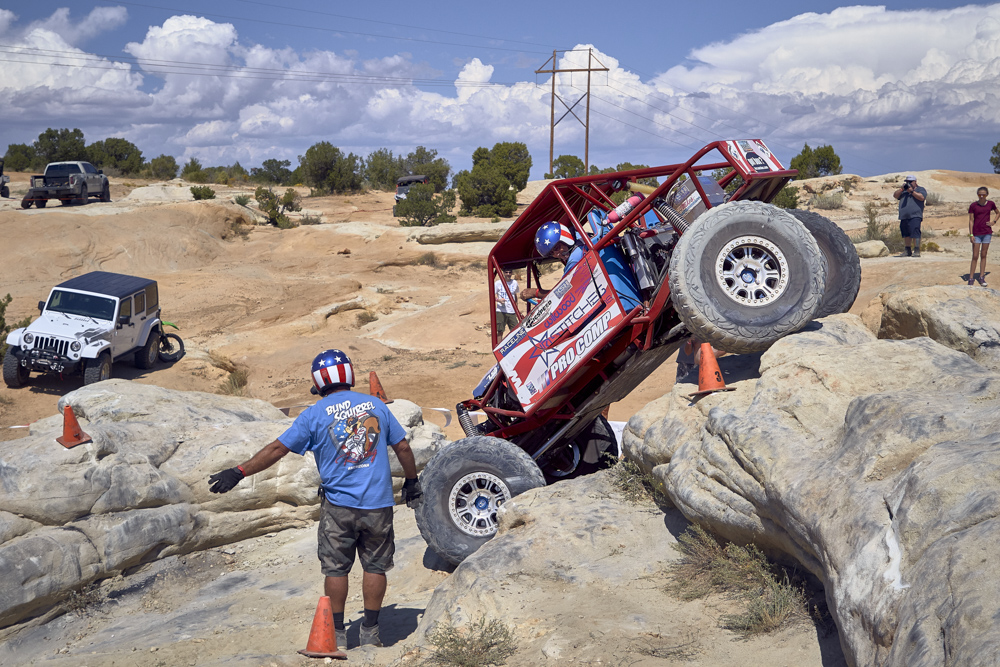 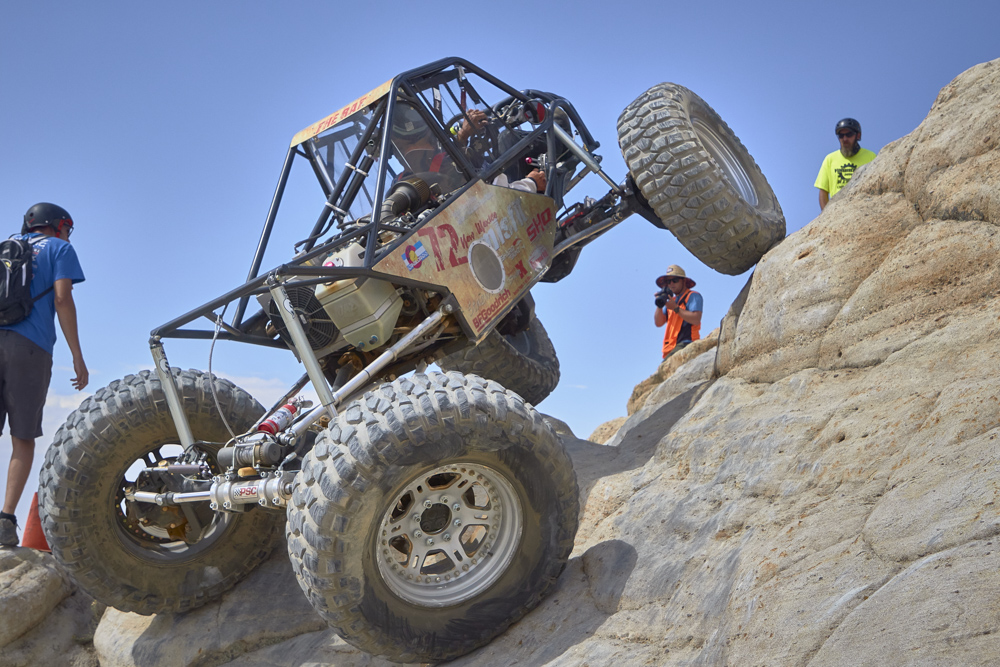 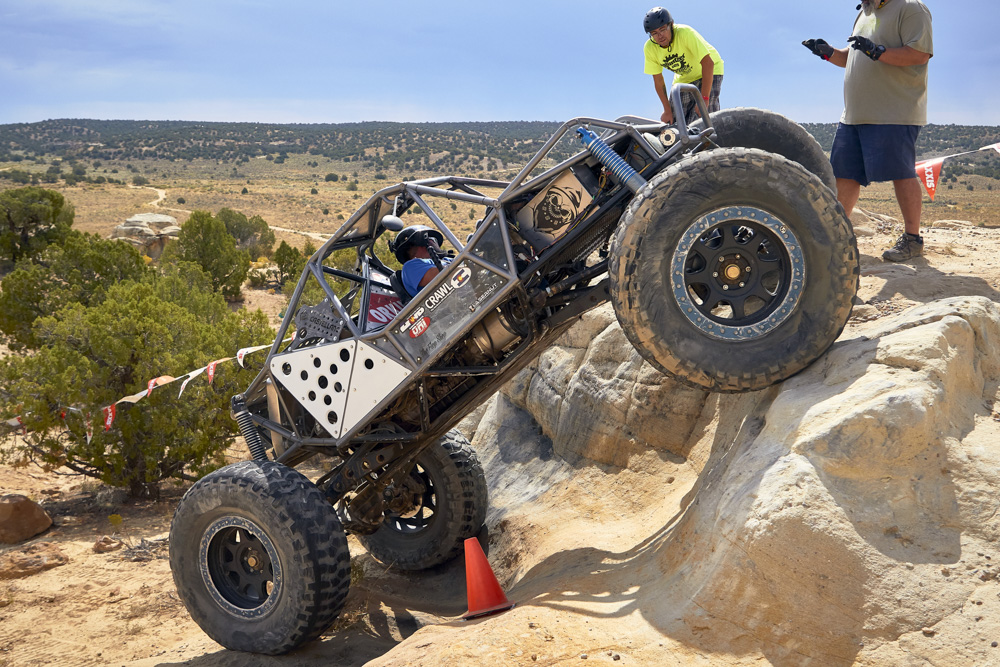 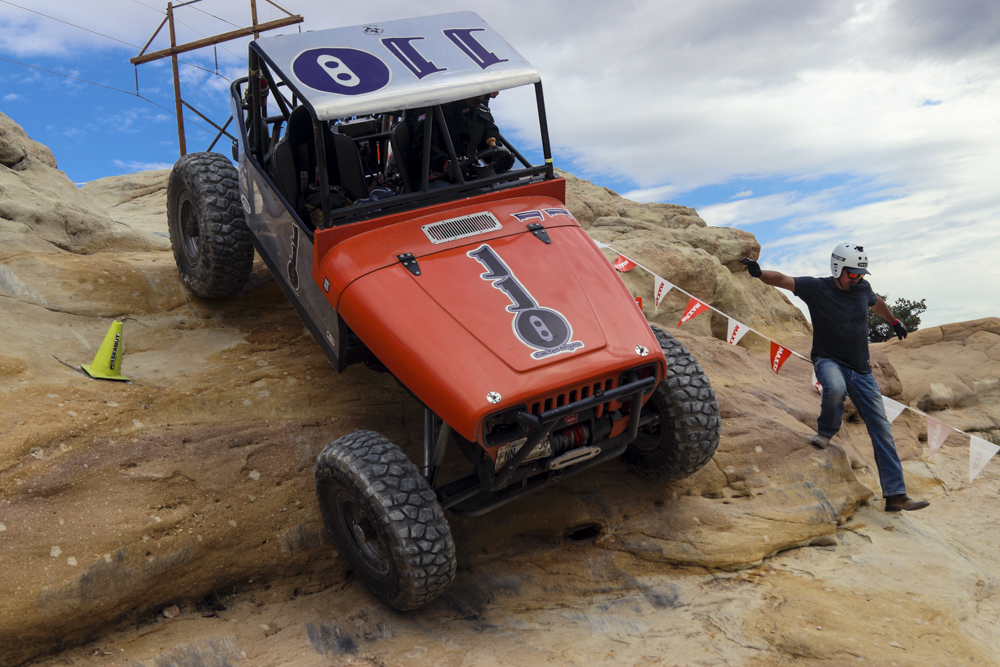 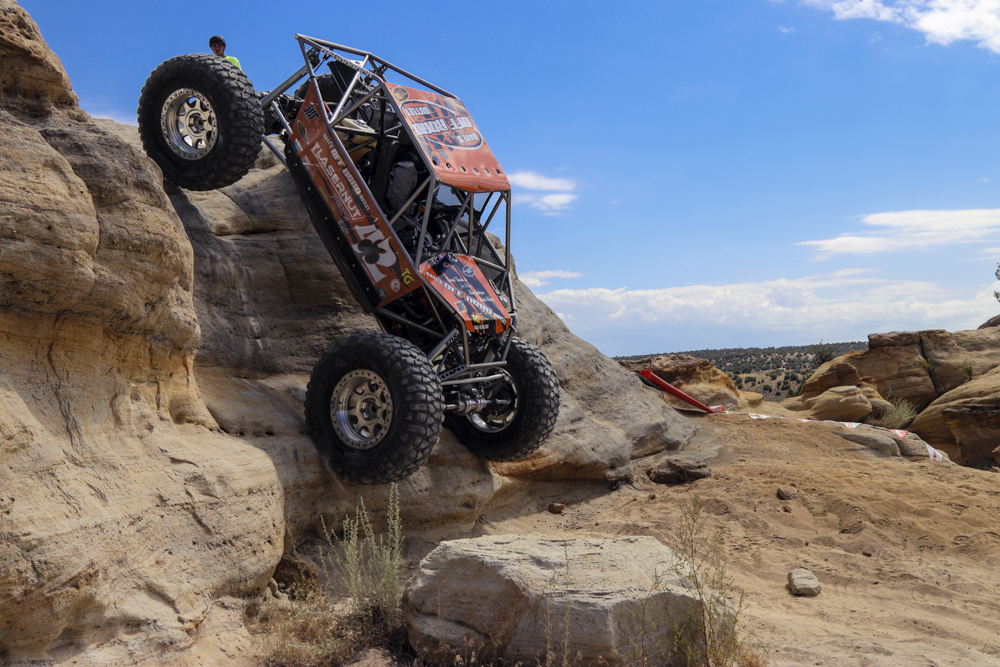 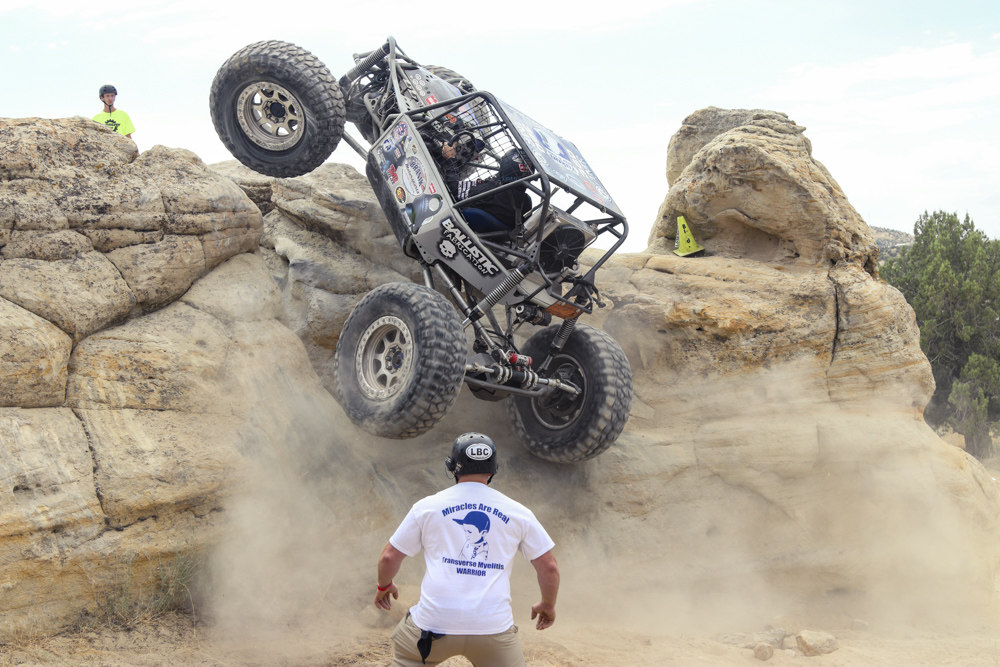