Celebrating 35 years of the Jeep Cherokee (XJ) the folks from North American XJ Association headed back to Moab. If you are someone who enjoys being outdoors and taking your 4×4 on a trail and actually using 4-low, what better place to do it, than the Mecca of off-road.  With the not-so-slick red rock and views that a camera can’t do justice, there’s a lot of fun to be had in Moab.  Since 2003, the club has been hosting an Anniversary event every 5 years in Moab.  The club, which turns 20 years old in 2019, isn’t celebrating the start of the club, but more celebrating the introduction of the Jeep Cherokee (XJ), that was first introduced in 1983 for the 1984 model year and the vehicle that forms the foundation of the club.  Every 5 years, October finds the members of the club making the trek from all over the country, some 24 states were represented in 2018, with California and Indiana leading the way. The farthest traveled this year came from Australia, some 6,000 miles away.  As the Jeep Cherokee has aged (the original made from 1984-2001), the club has changed.  4×4’s of all makes and models are a part of NAXJA these days.  Of the 80 rigs that participated in the event, besides the Cherokee, there were Wranglers, Grand Cherokees, Comanches, and even a Geo Tracker that participated in daily trail runs.

The official event ran from Tuesday to Saturday.  Each day the club offered 3 to 5 guided trail runs, depending on the day.  On Tuesday night, the club offered a Meet and Greet where the Northwest Chapter of NAXJA bought everyone pizza for supper.  On Wednesday night, the Midwest Chapter of NAXJA provided food and hosted the show and shine.  Friday night offered a dinner, raffle, awards, and a guest appearance by Spencer Gilbert the executive director of the Blue Ribbon Coalition.  NAXJA, which has prided itself over the years for donating to land use causes, presented a check to Gilbert at the Friday night event.

Guided trail runs completed the event on Saturday.  As a member of the Board, it’s sometimes harder to get on the trail, we were fortunate enough to get out for three days of the event.  We did the popular Hells Revenge trail which offers some of the best views that Moab has to offer, along with infamous obstacles such as Mickey’s Hot Tub, Hell’s Gate, and Escalator.  We also ran Fins-N-Things, a trail that offers a slew of Moab fins to drive on, and a great overlook that doubles as a great place to have lunch.  We finished up the week by running Gold Bar Rim, which offers the Gold Bar Rim waterfall and we took it to the Golden Spike trail far enough to do the infamous Golden Crack.  We turned around at the crack, in the interest of time, and went out the way we came to finish our trip on the Red Rock of Moab.

Our trip home was spent thinking about the great trip that we had and planning to return to Moab in 2023.

NAXJA offers several events around the country each year.  For more information on an event near you, or to find out more about NAXJA, visit:  www.NAXJA.org 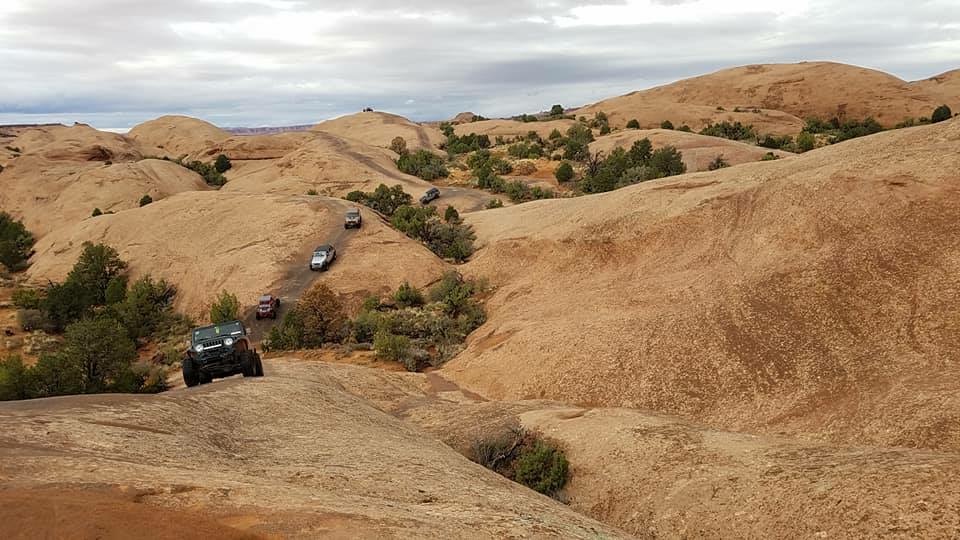 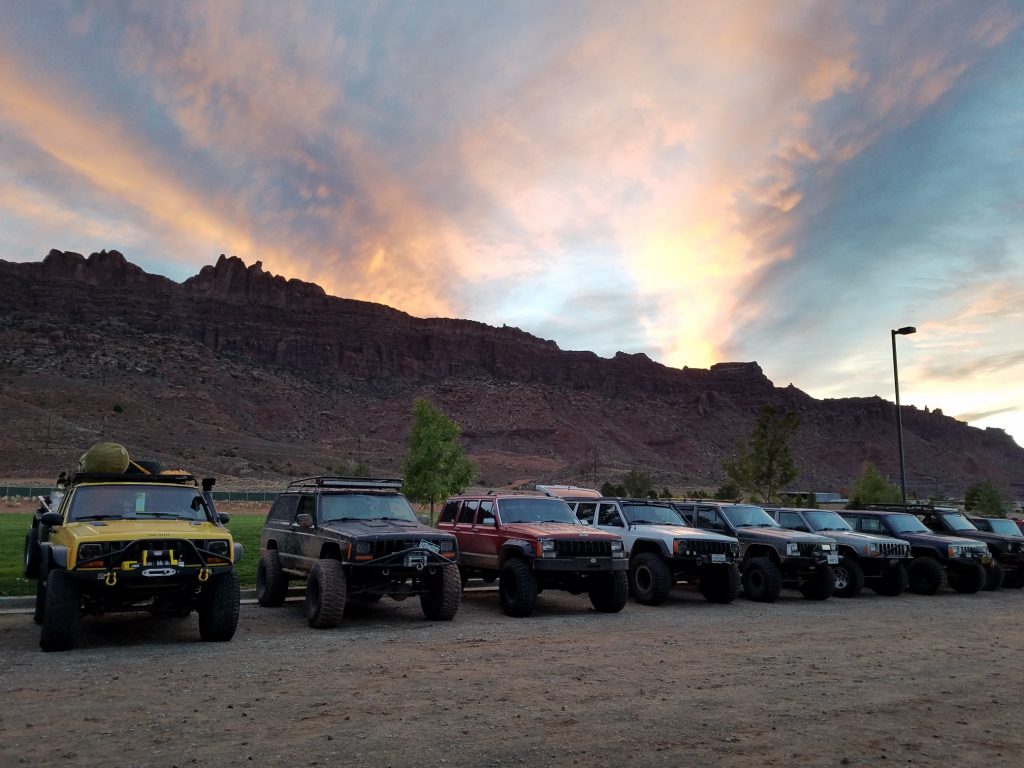 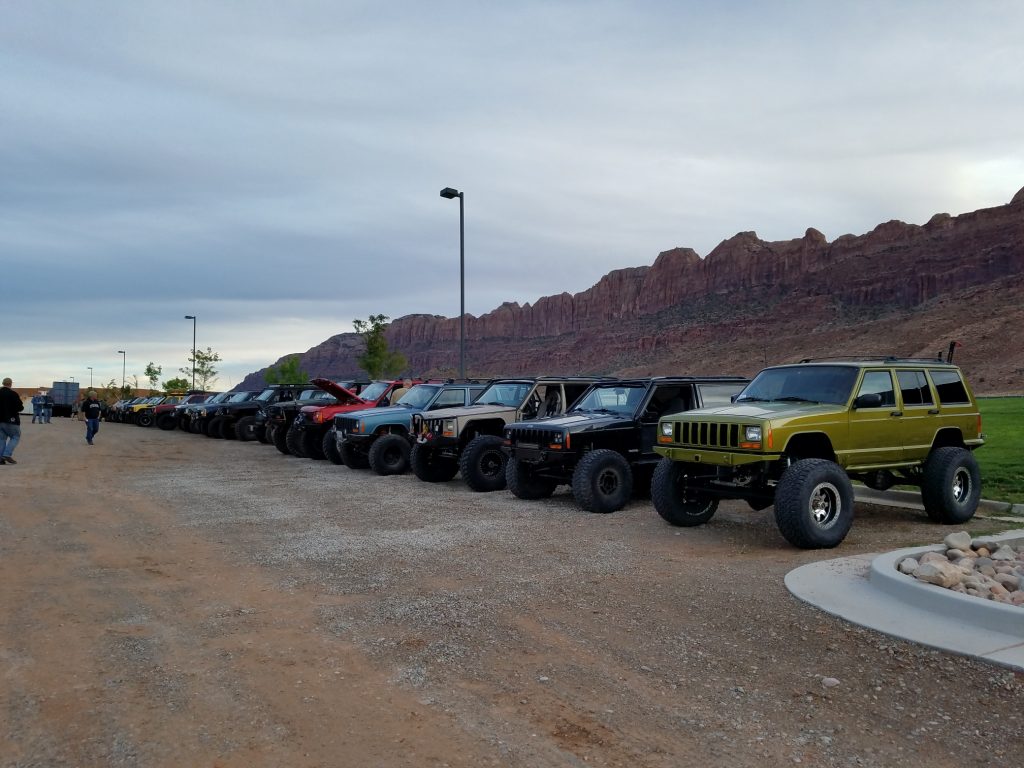 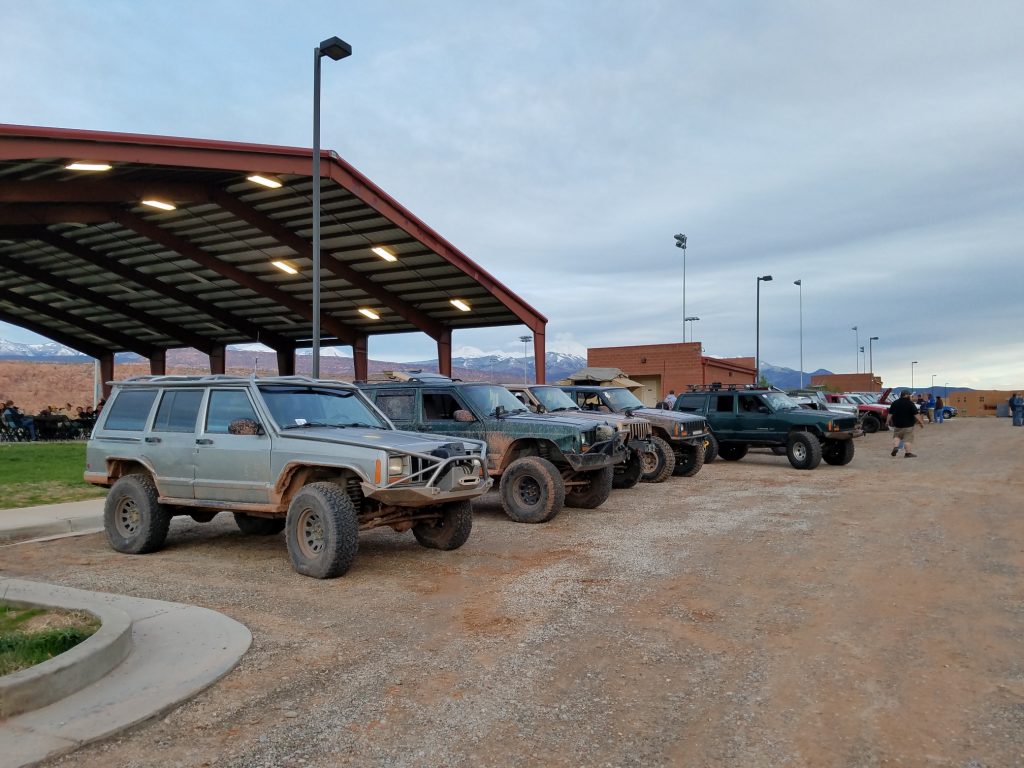 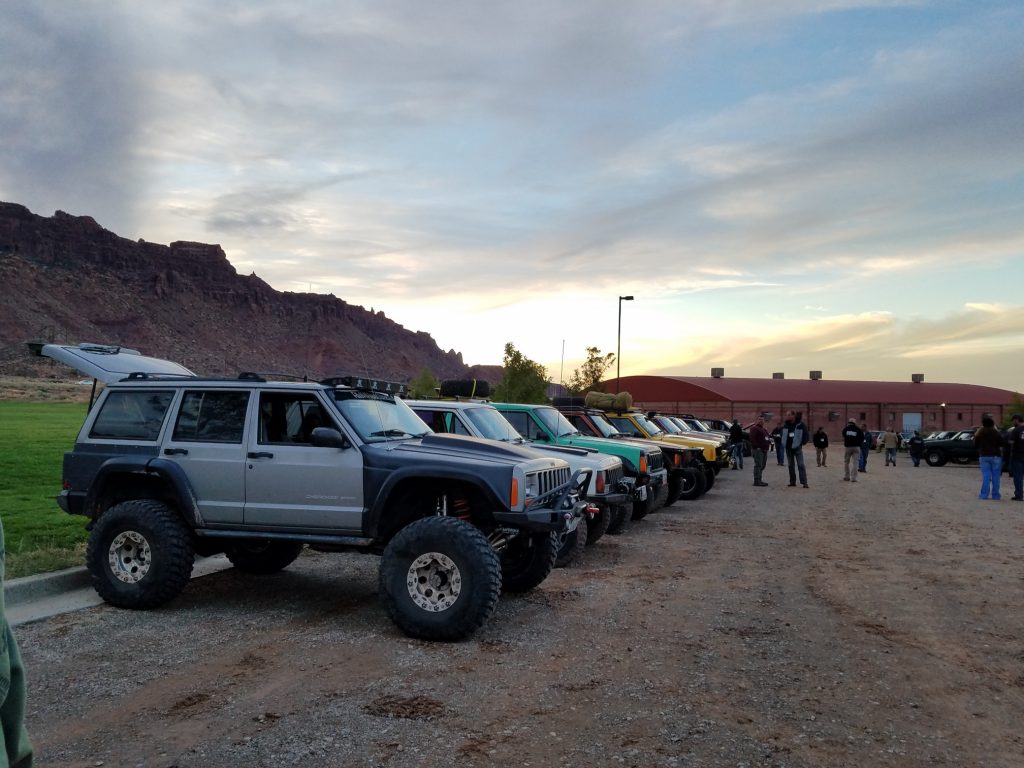 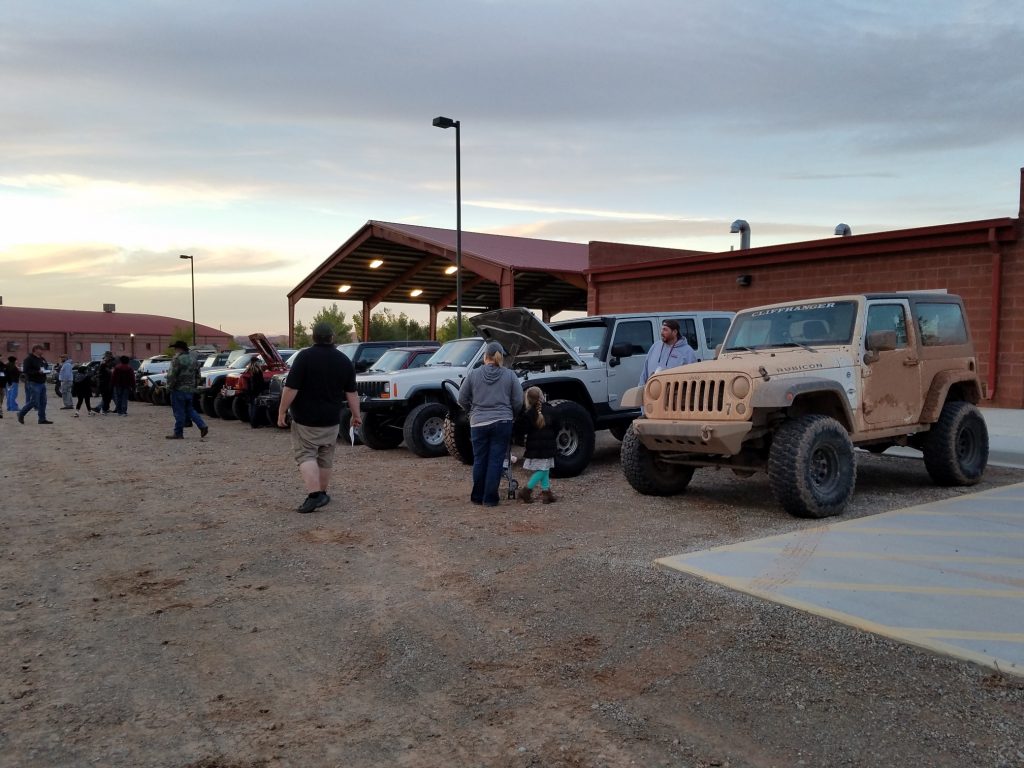 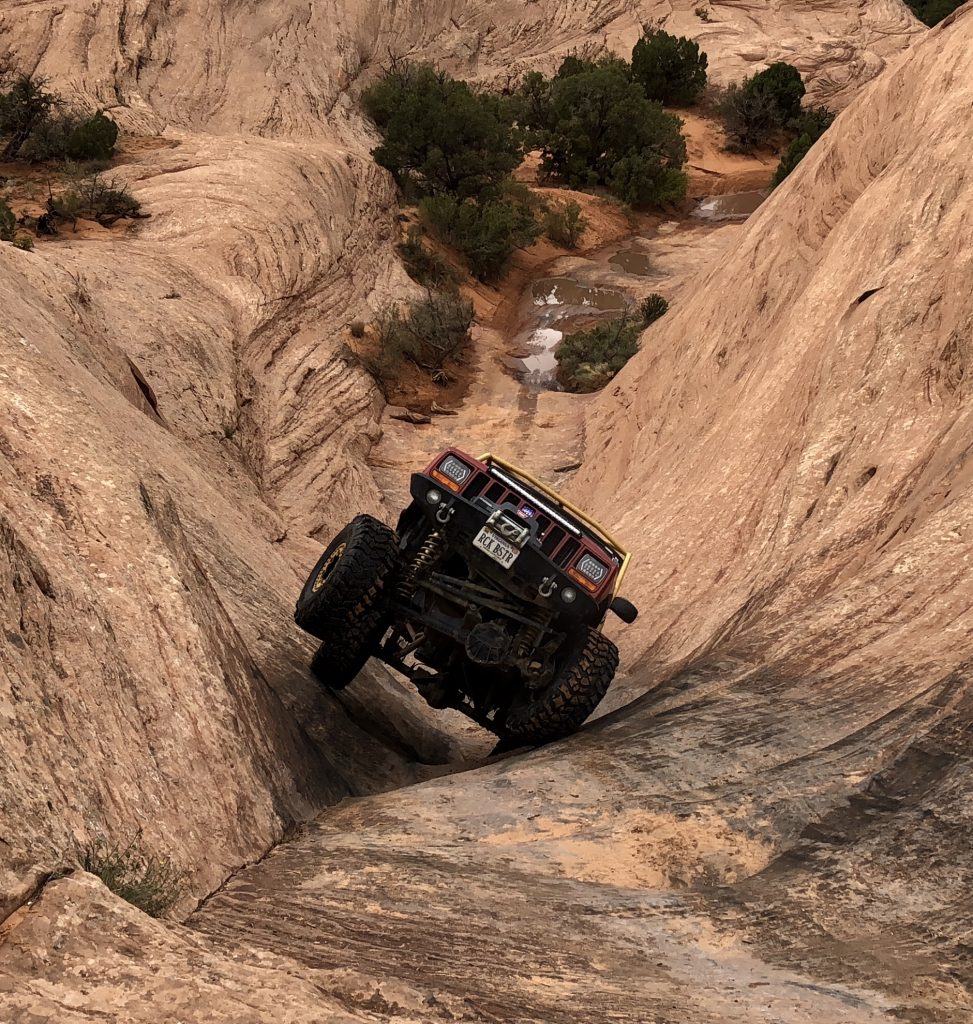 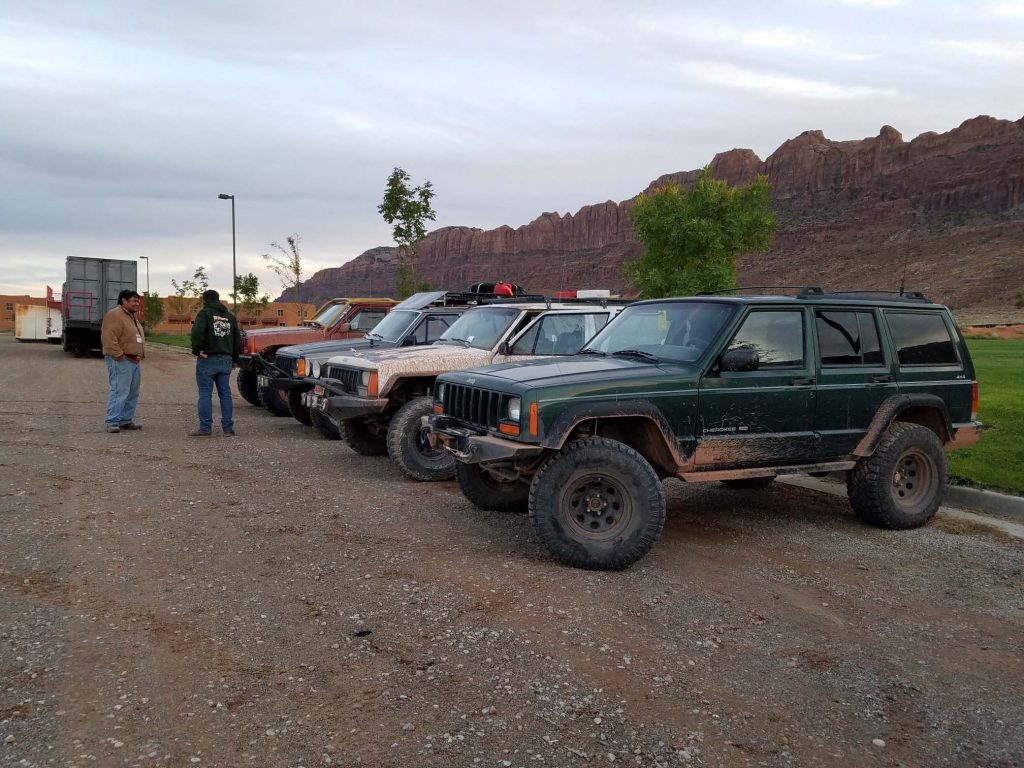