It’s TV Time – Get Ready for the new Line Up

There’s a mystery that surrounds television, an aura of the unknown, a little bit of “how’d they get that on-air?” when it comes to shows that involve off-road. You know the saying, it’s not what you know, but who? Yeah, that’s a little bit of it.

Truck Night in America came on strong last year, it was a little bit hokey, if you are in the offroad industry, or a serious enthusiast, but it’s doing its job if the job is to introduce off road to the mainstream. It’s easy for enthusiasts to get behind, but much harder to convince the general public. The first season, the show averaged 900,000 live views with the peak being 1.3 Million live views. The goal of season two is 2,000,000 live views per episode and the History Channel and its’ parent A&E are putting the money behind cross-promotion to make that happen.

The hosts, the competitors, everyone initially applied for the job. Rob “Bender” Park is the exception. Someone sought him out at King of the Hammers in 2017, and in typical Bender fashion he ignored them. Four hosts were chosen, Park, “Pistol” Pete Sohren, Glen Plake and Joey DiGiovanni. At the last minute, Joey D. was replaced with Abe Wine. Once the hosts were nailed down, a casting call went out to find 50 competitors. There were a bunch of people with names in the industry, either from social media or well-known events. Lots of folks took on crew jobs. It was obvious in their social media feeds, “closing down the shop for a few weeks,” if you knew what was coming, it was easy to extrapolate where they were headed. The first season was filmed at Sunnyside ATV Park in Wrens, Georgia.

The second season has just wrapped up filming, no spoilers here, but two special episodes will be aired this fall with the season airing in the spring. Truck Night in America airs on The History Channel on

Thursday nights. We talked to Bender about his experience:“you know, as hosts, we all were only about 60% behind the show when we started, that grew to 70% when we got onsite and saw the set. My original thought was that this has been tried before, it’s cool to watch but unobtainable, loses touch with the Average Joe. We thought we were going to see another Hollywood Fast and Furious, a trainwreck, in that first 30 seconds, none of us were really behind it, then Teresa Lummus jumped her Scout eight feet, caught on fire and folded it in half…that was enough for me, I was 100% in. You can’t script competition.”
A variety of vehicles were used in competition, driver Teresa Lummus drove a 1976 International Scout 2. Driver Justin Blair drove a 2000 Dodge Ram 2500, affectionately known as Bertha. In Season 2, Bertha tested all the obstacles for the new Season 2 course designer. 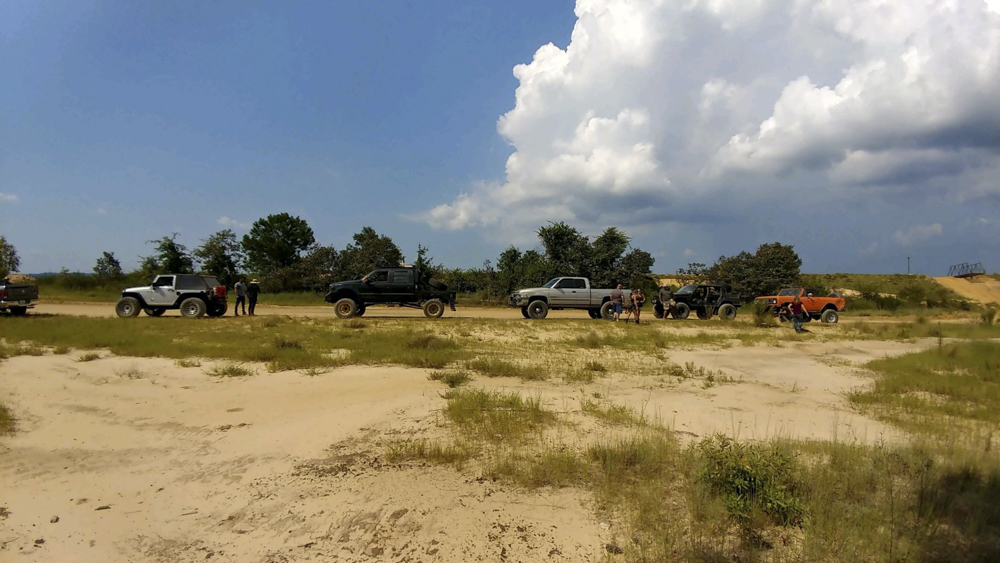 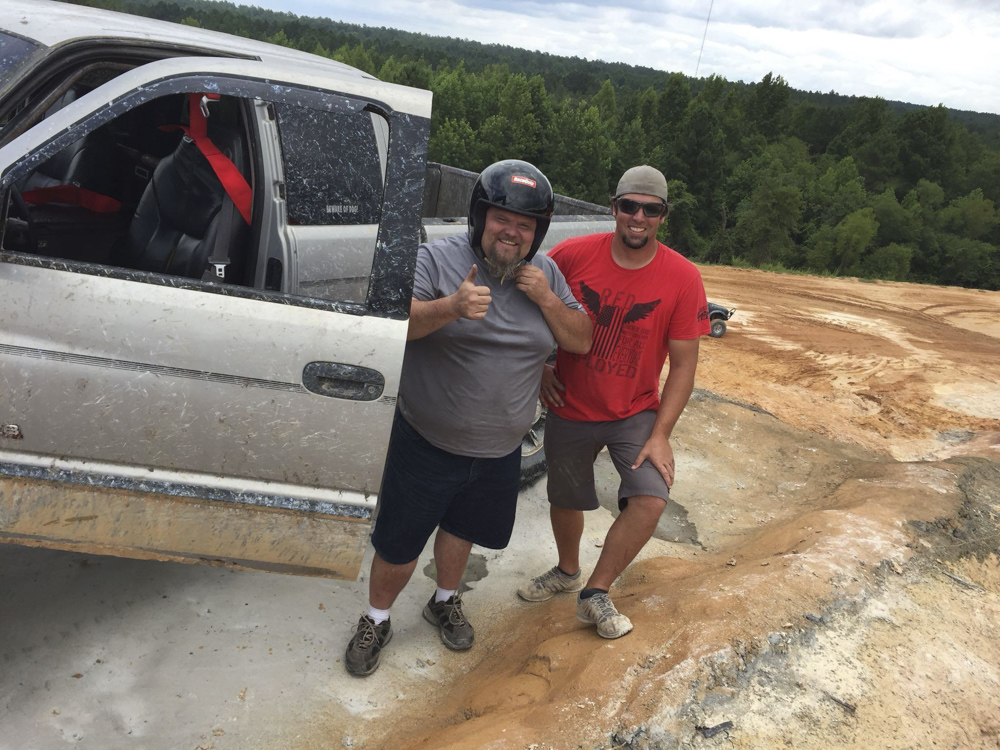 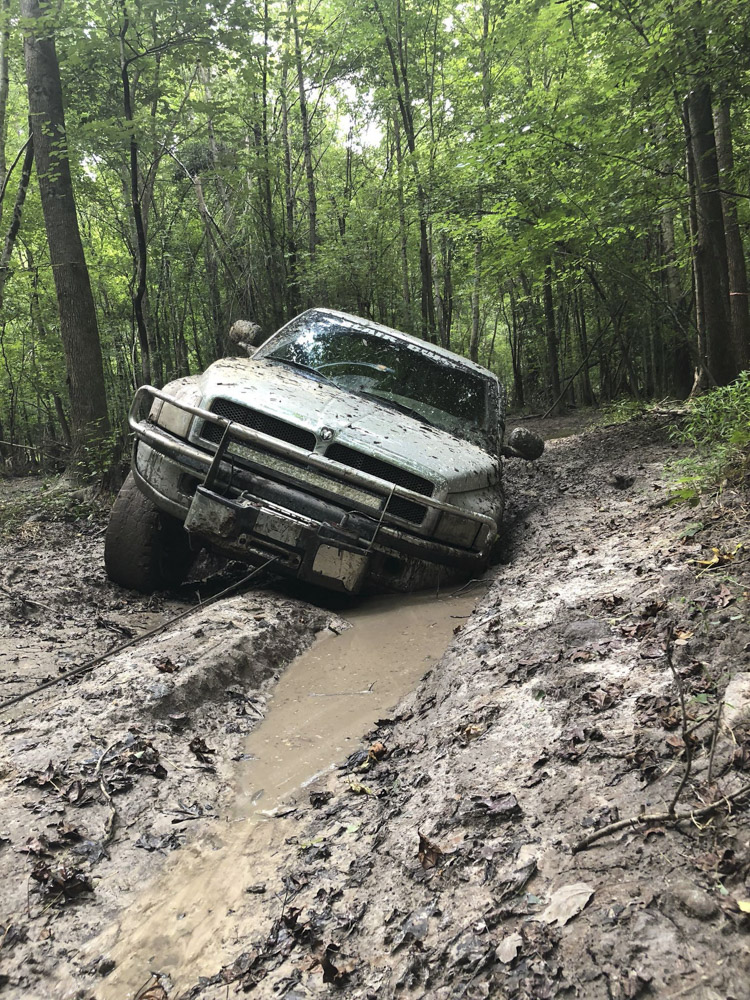 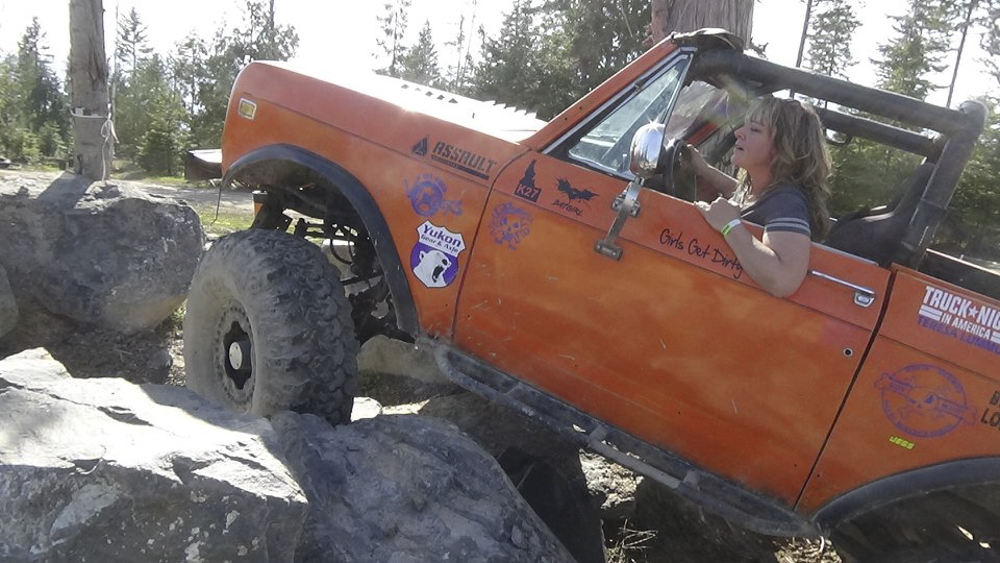 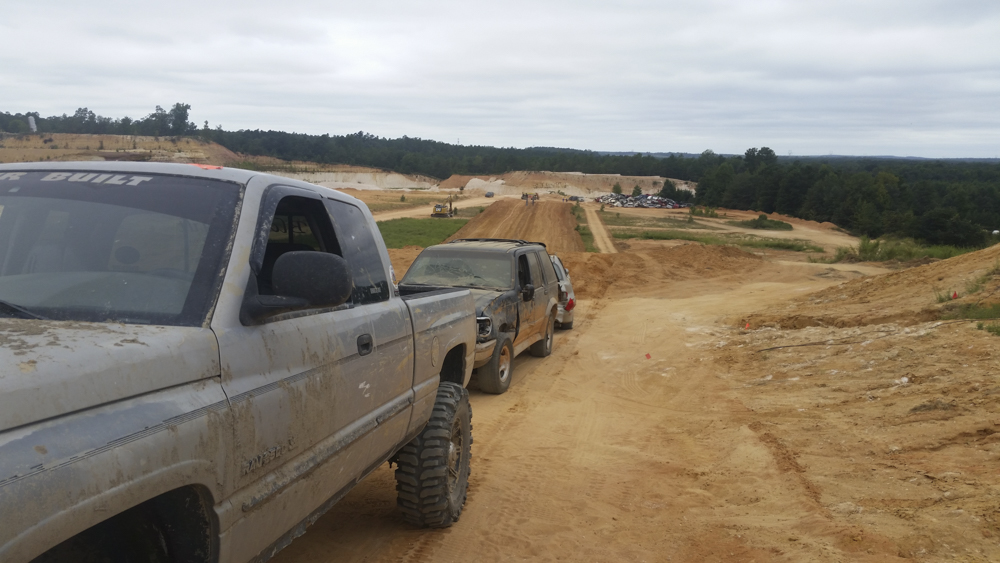 2017/2018 was the first and only season of Road Hauks on the History Channel, but that doesn’t mean you’ve seen the last of Kenny Hauk and his incredible builds. He’s just moving on to a platform that seems more sustainable. You’ll find Hauk Designs on Amazon/Amazon Prime in the Fall of 2018.

We talked to Kenny about the challenges of being on TV, he describes his experience as less than stellar, but worthwhile.
“The networks have it all wrong, a million cable boxes a month are being turned in, people get their content in shorter bursts online or through other streaming services.”

Knowing that, and having experienced a severe disruption in his business during filming, Kenny teamed up with Ian Johnson of 4 wheel drive television fame for the new series. According to Kenny, in the History Channel days, a team of 14 cameramen were in the shop every day for almost a year, this created disruption in getting things done. It took massive organization to keep things moving forward on a daily basis. The producers wanted the crew at Hauk to claim they were the best, what Kenny describes as “a cringe-worthy moment.” Ego was what they wanted. That type of personality didn’t fit well with the staff at Hauk. 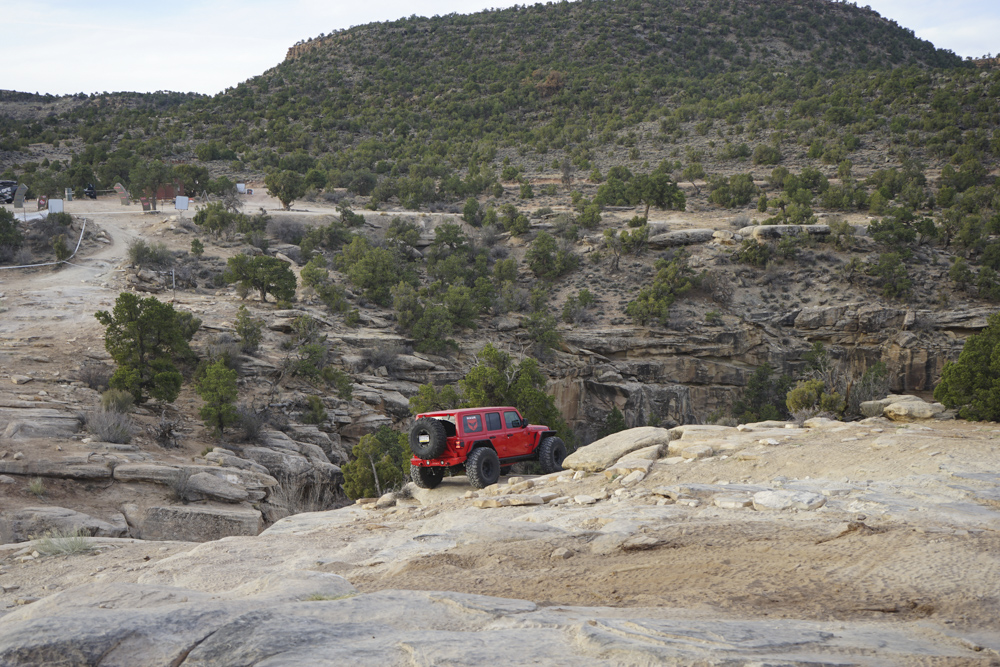 “When they write a tv show, it’s like writing a song, with beats, things are plotted out,” Kenny tells us. The new episodes will be shorter, more natural. Road Hauks wasn’t without benefits though, the crew was able to build a dozen vehicles, with little thought to cost over-runs, the network didn’t seem to care about those. The frustrations came when most of the shots hit the cutting room floor. Kenny and his crew would work to ensure all of the people providing services and parts would get covered, but they never seemed to make it in to final edit. “Initially, large production companies like Magilla, they have smaller production companies that work under them. There are tons of people with sizzle reels and pilot episodes. Could have a good cast, good people, edits well, History and Discovery won’t buy it, they only buy from their friends. Steal the design of a show, and build it elsewhere.” 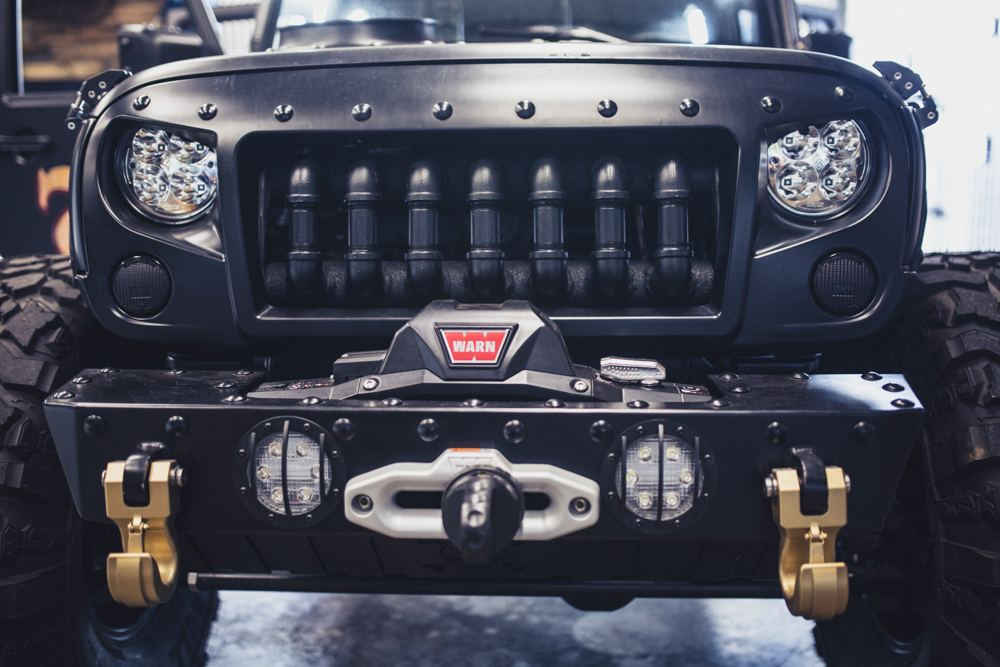 The new program allows them to slow down, be themselves and develop personal, personality-driven projects for their marketing partners. One of the first will be a tow-truck that starts as a 1994 Dodge Ram truck partnered with a 1946 6×6 for Mike Green “El Diablo” at Pit Bull Tires.

Watch for episodes to be released by Hauk Designs marketing partners on Social Media platforms first, before they move over to Amazon.
“My end game, with the builds, I want to build cool stuff.”